MPL Cuts is a barbershop dealing in gender-free haircuts. Doing away with the traditional, sometimes prejudiced practice of charging clients based on gender, MPL opts for more LGBTQ-friendly cuts instead.

The brainchild of Tyler Lumb, a trans barber who works with the Dress Code Project, MPL Cuts started as a single barber's chair in a traditional salon on Bloor West. 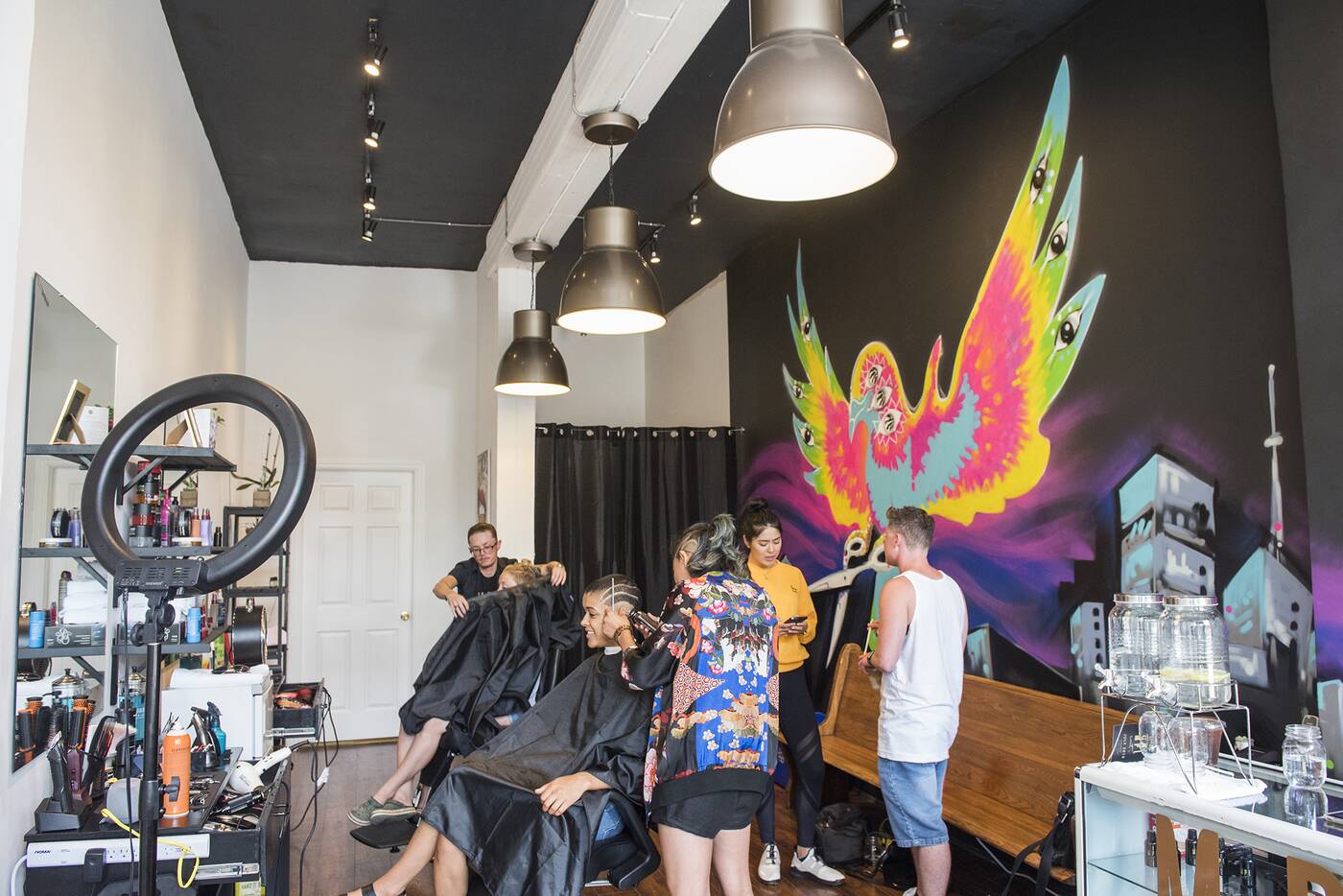 It's since moved from Angel Hair to its own hip space in Little Italy, where you'll often find members of the LGBTQ community hanging around by the sound of shavers and hip-hop. 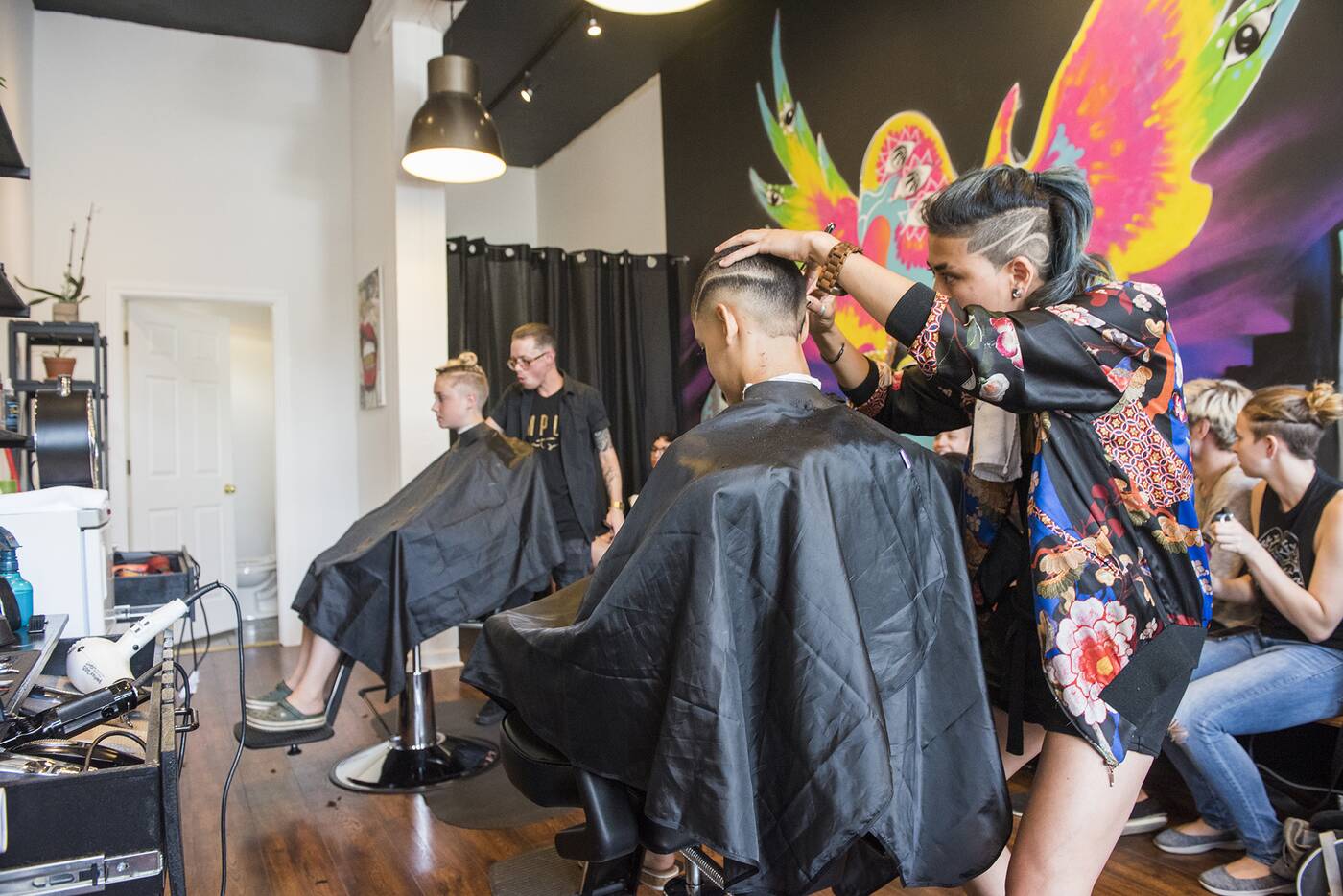 Taking over an old tattoo parlour, MPL is equipped with a newly built gender-neutral washroom, a giant pew and two corners of incredibly plushy seating where people can wait for a spot in one of the shop's two barber chairs (there's a third coming soon). 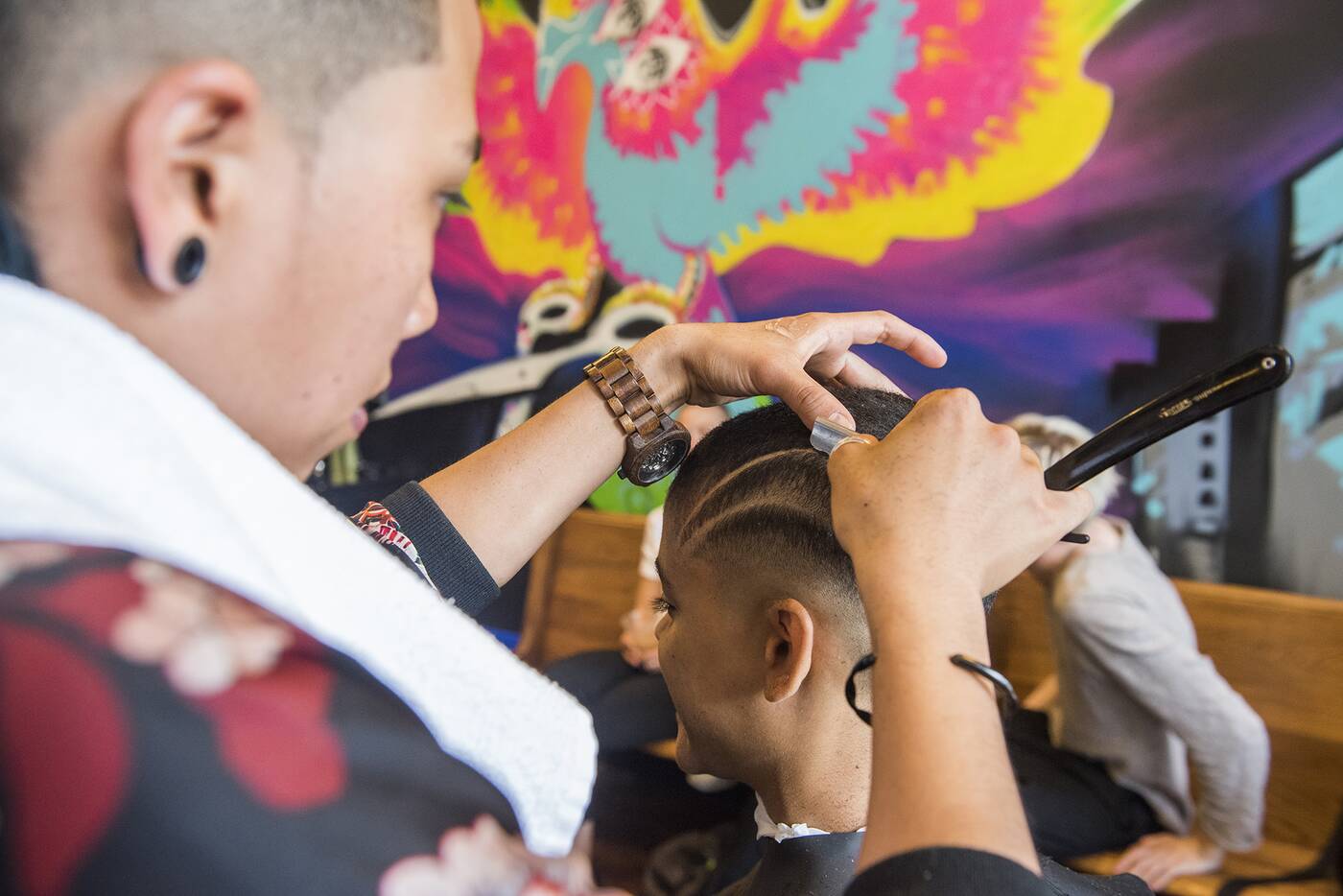 A giant mural by Monica Wickeler is the main focal point of the shop. Try finding the Raptors logo disguised in the design; an ode to Lumb's obsession with basketball. 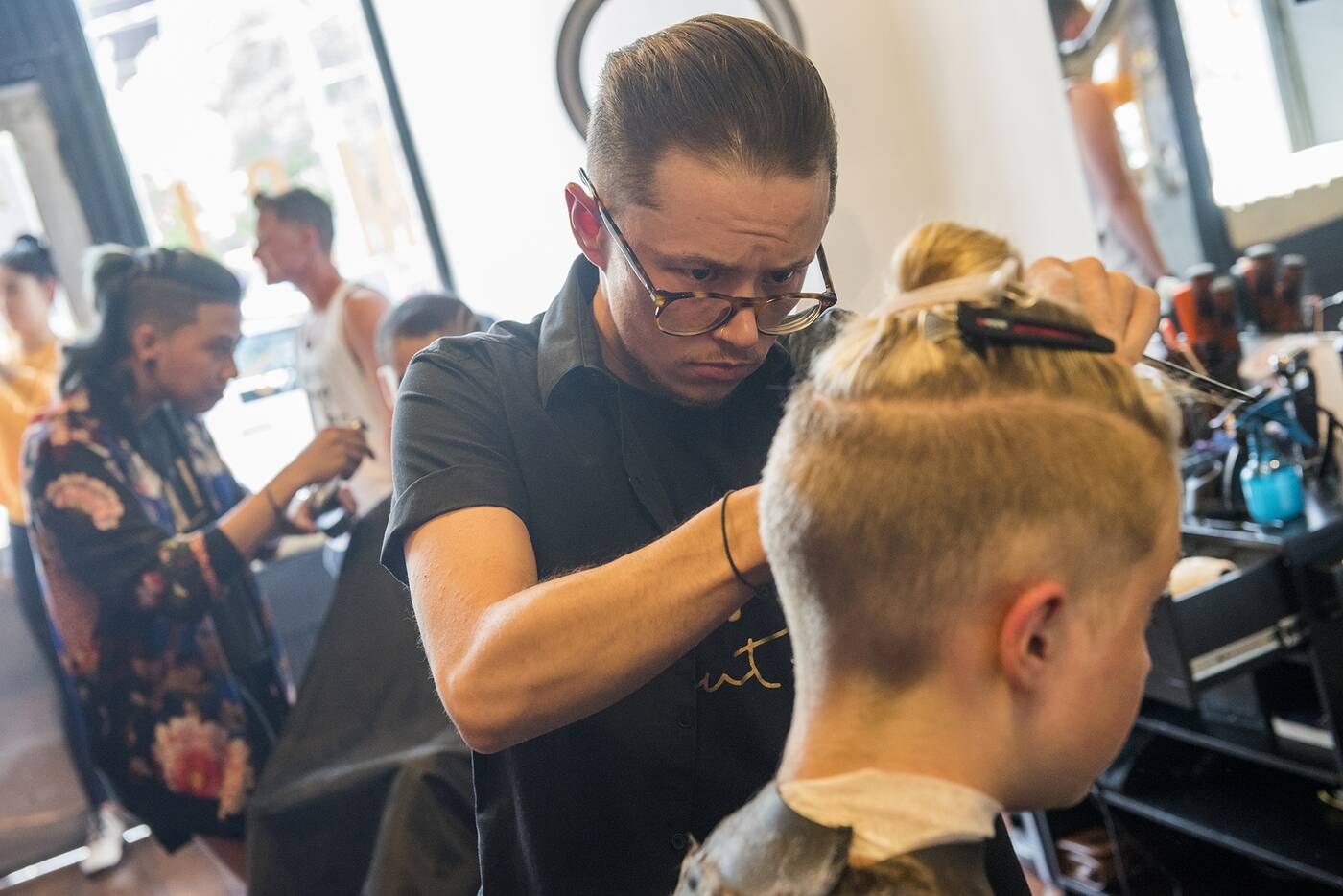 It's all community vibes here—something that Lumb had dreamed of before getting his own shop. Prior to becoming a barber he had been in marketing, then shifted to driving Uber, where a chance meeting with the owners of Throne Barbershop inspired a shift in career. 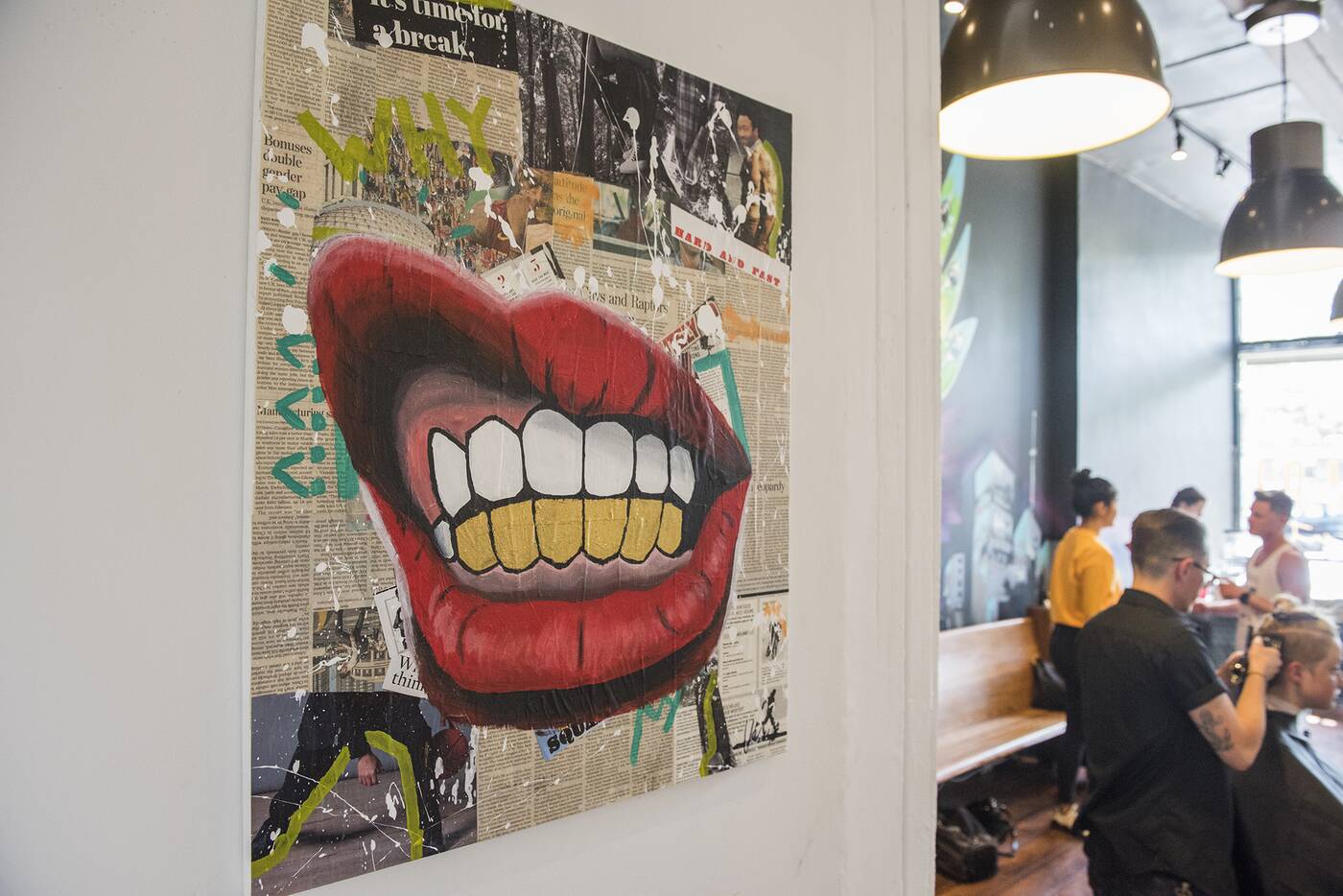 Following that was an apprenticeship at Kensington's most popular shop, Proper, where Lumb learned to cut hair. 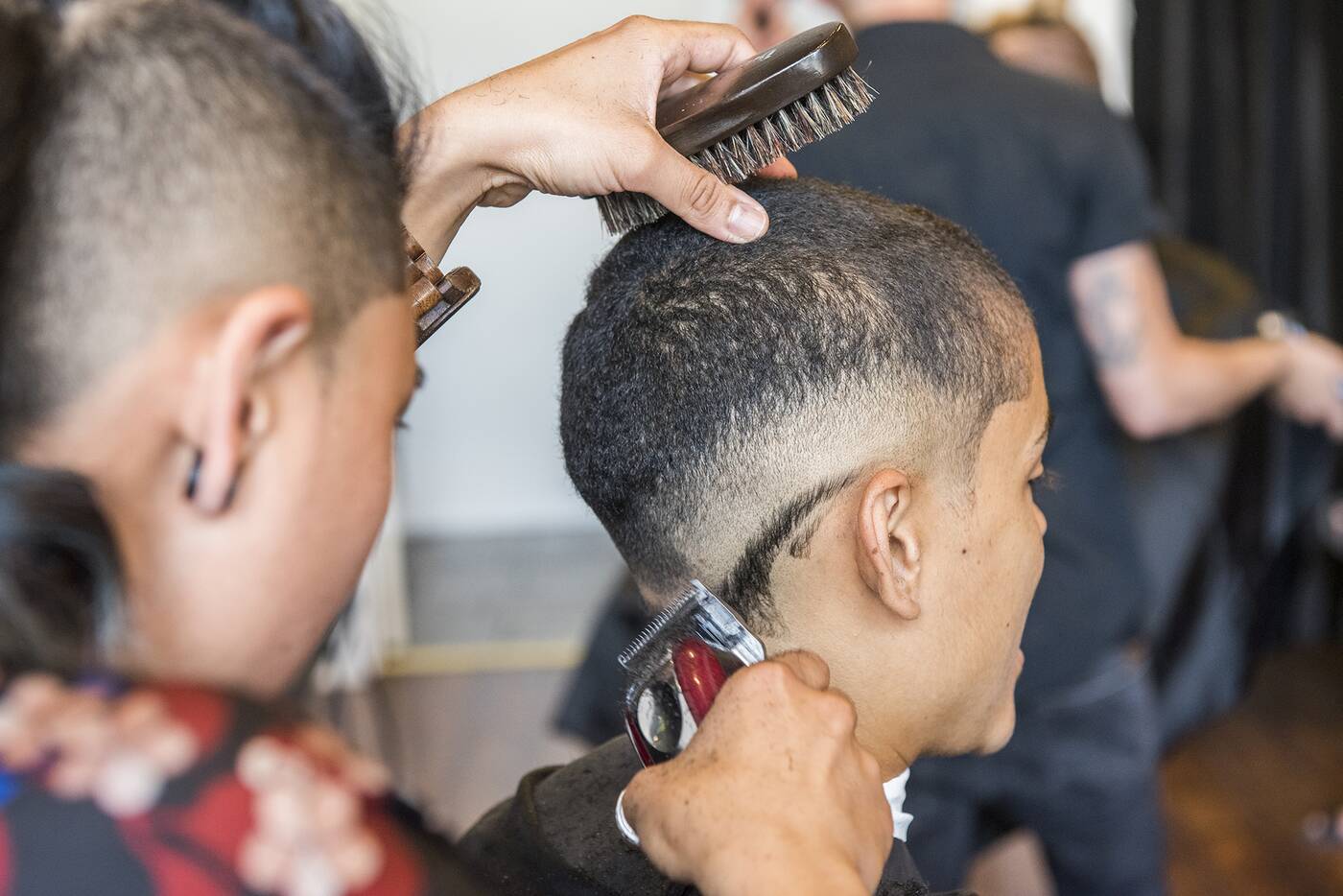 Since then he's made a name for himself as being one of the few—if not the only—barbershops in Toronto to price per hour as opposed to by length, or more offensively, by gender (most salons still charge women more for a regular fade than men). 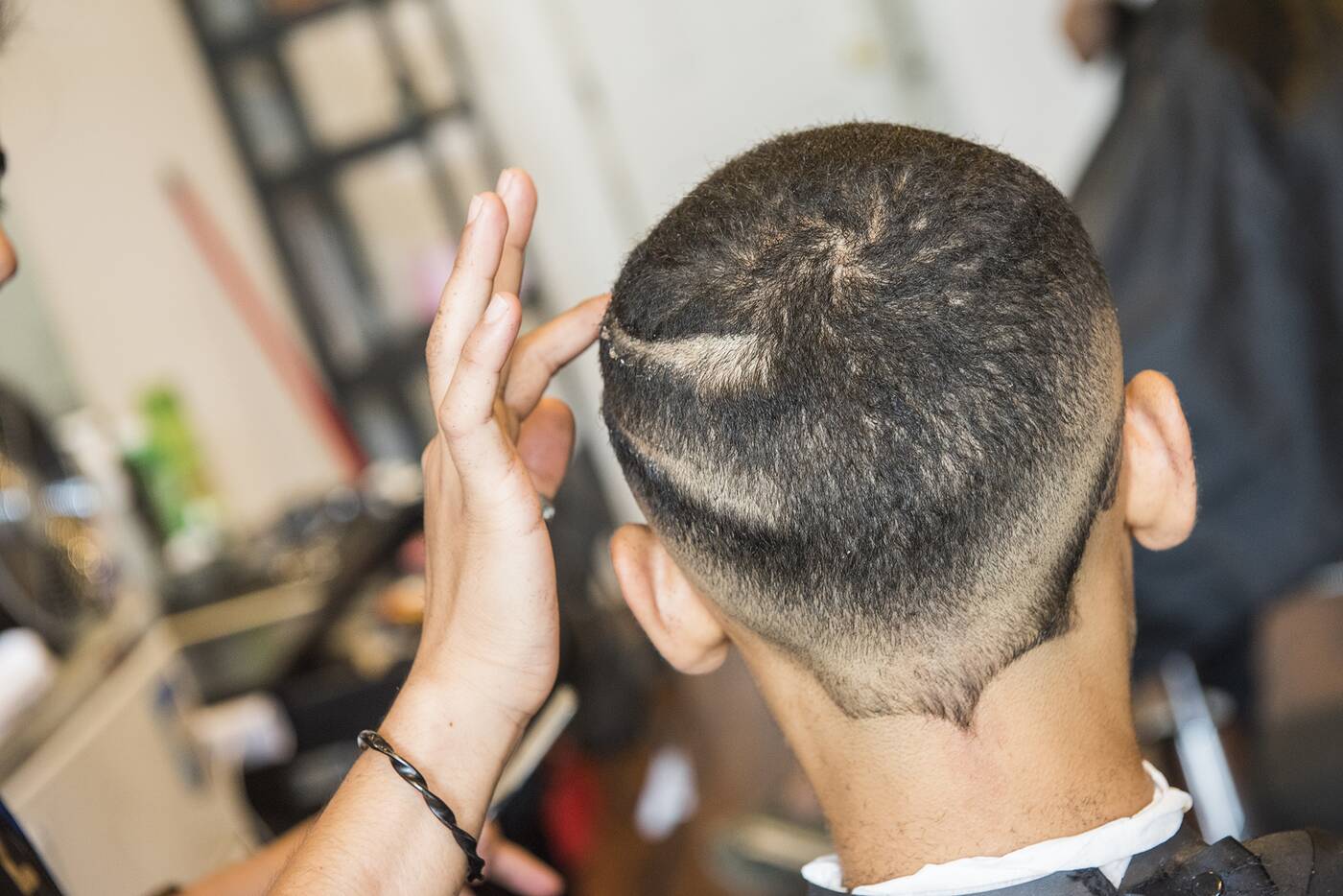 Standard cuts start at $35, with a maximum charge of $55 to keep things affordable. Every cut includes some straight razor work for extra precision, and a crazy design will usually cost around $45. 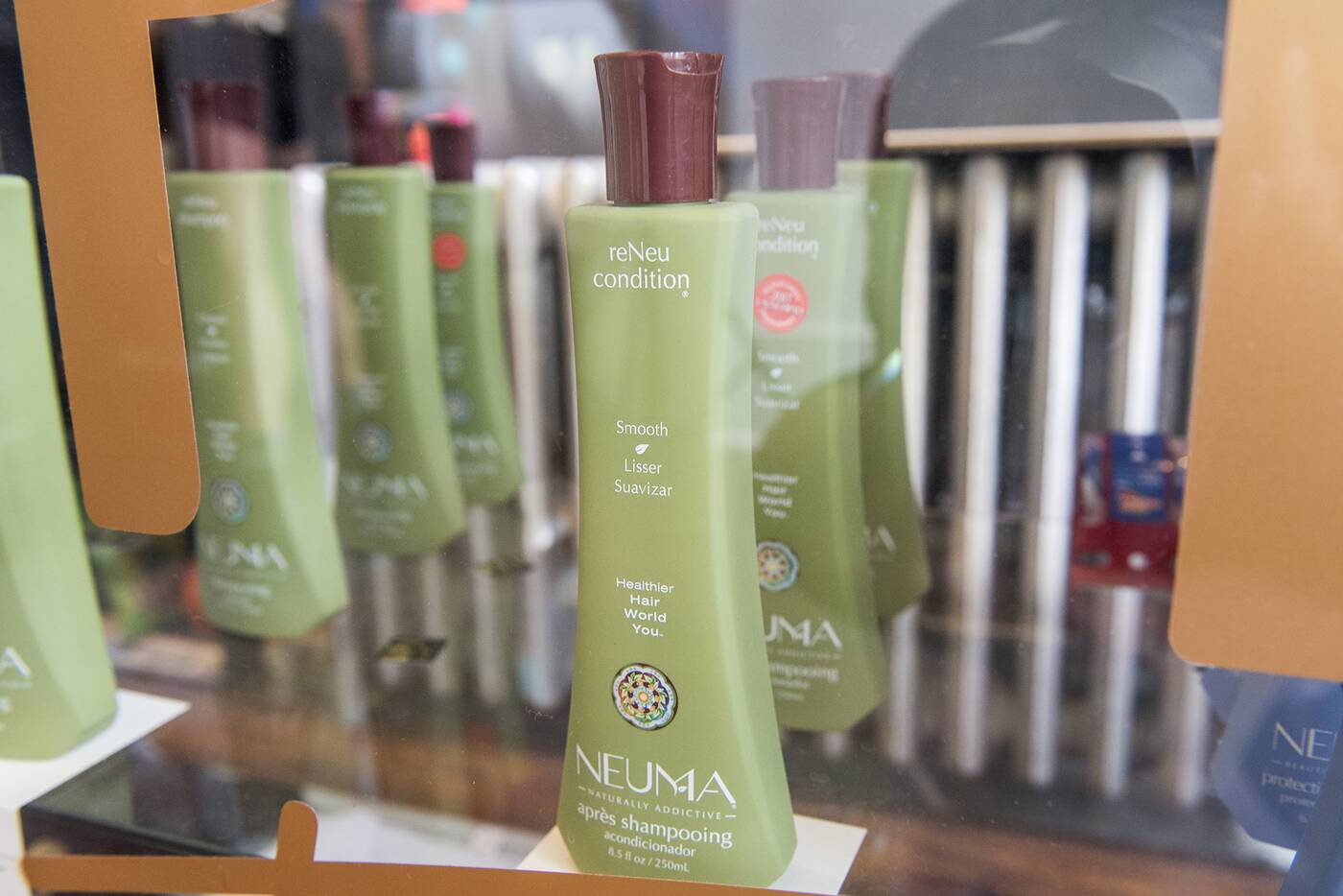 For those who can't afford their haircut, MPL offers a sliding scale day where clients can pay what they can, and a Twoonie Tuesday deal on the first Tuesday of every month. 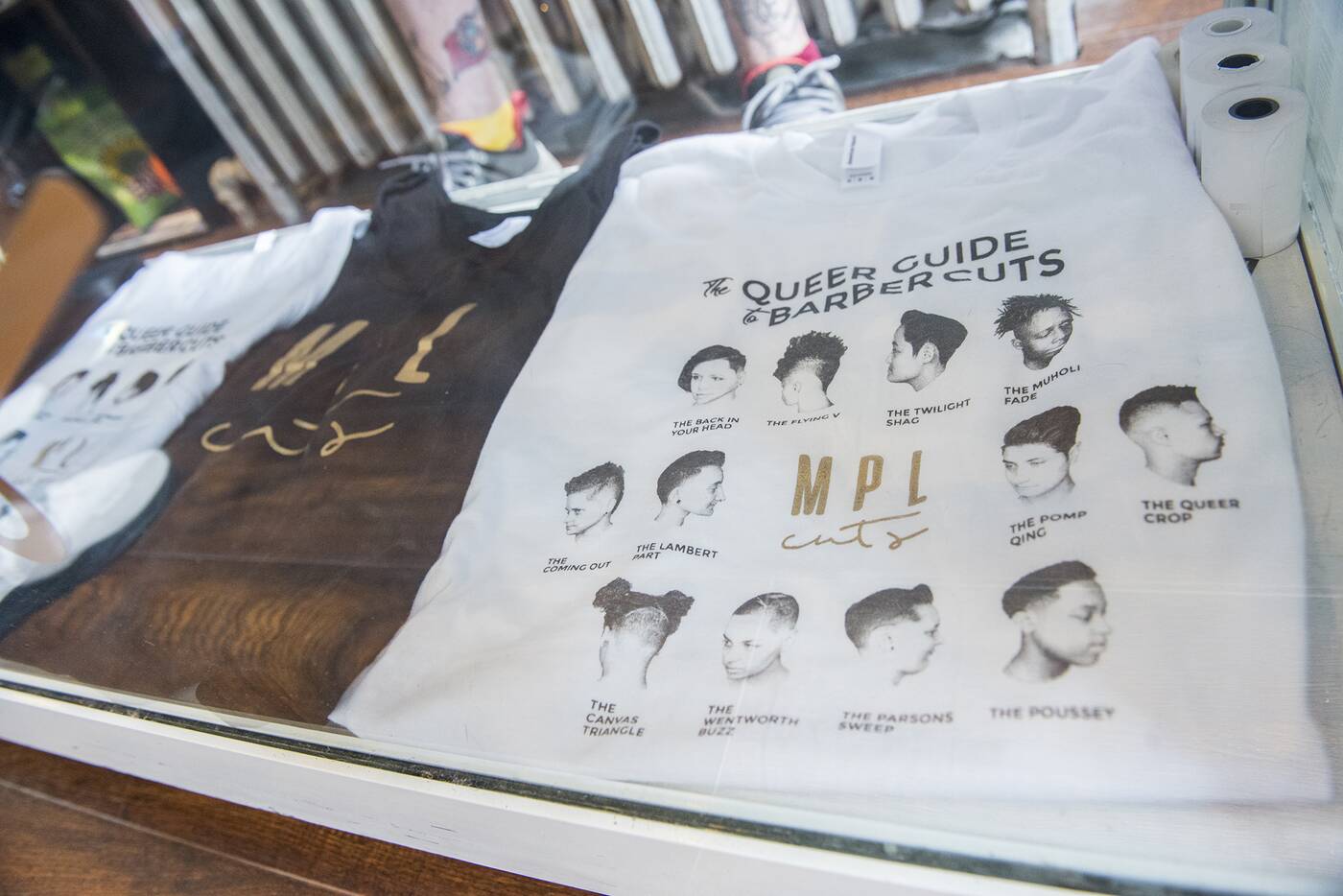 One of Lumb's coolest creations to date is his version of a barber cut guide, featuring popular cuts named after popular queer culture references like the Pomp Qing, and The Poussey. 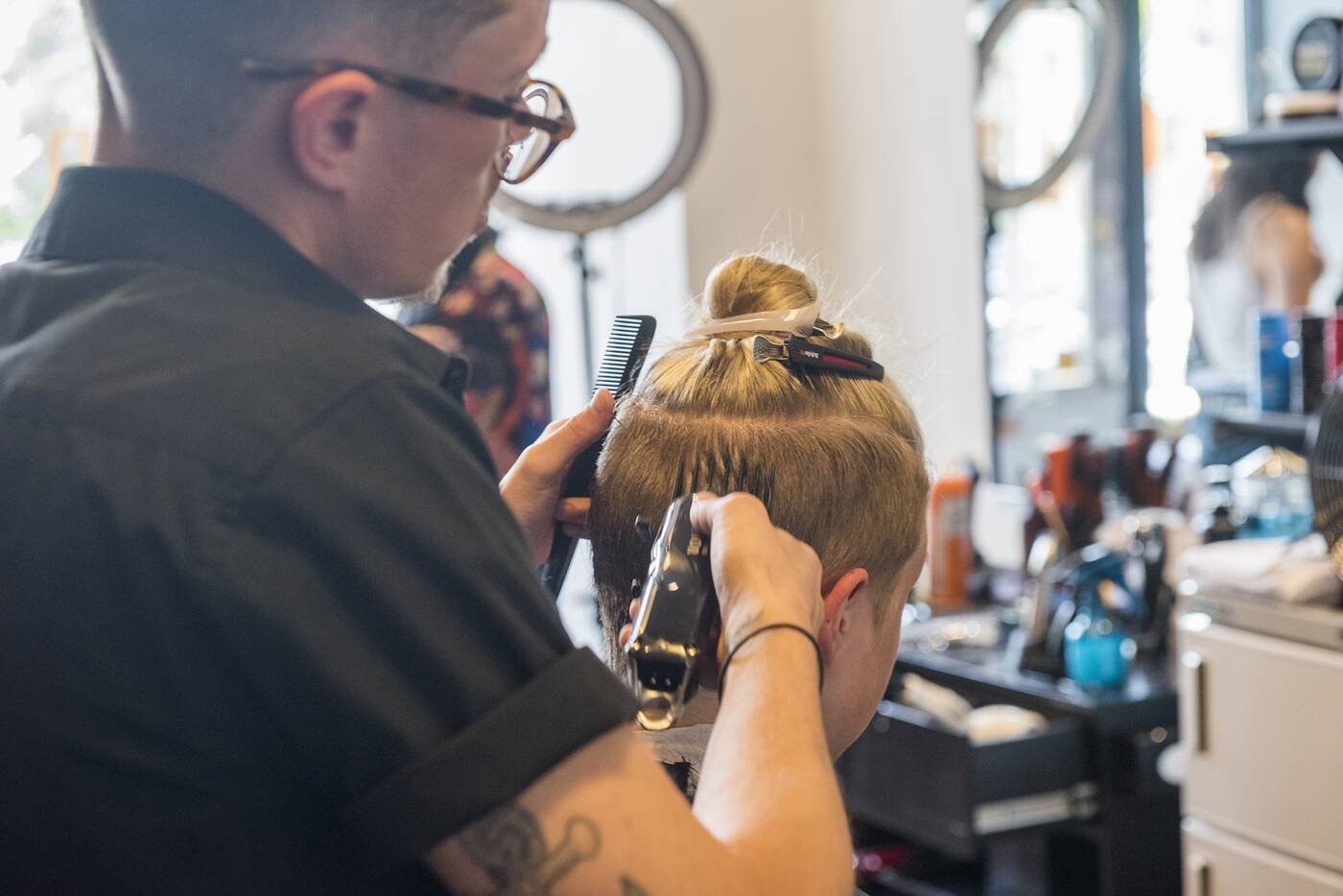 Aside from cutting hair, Lumb is a bit of a chemist as well. He's come up with his own beard balm concoction ($20) made up of lemon and essential oils. 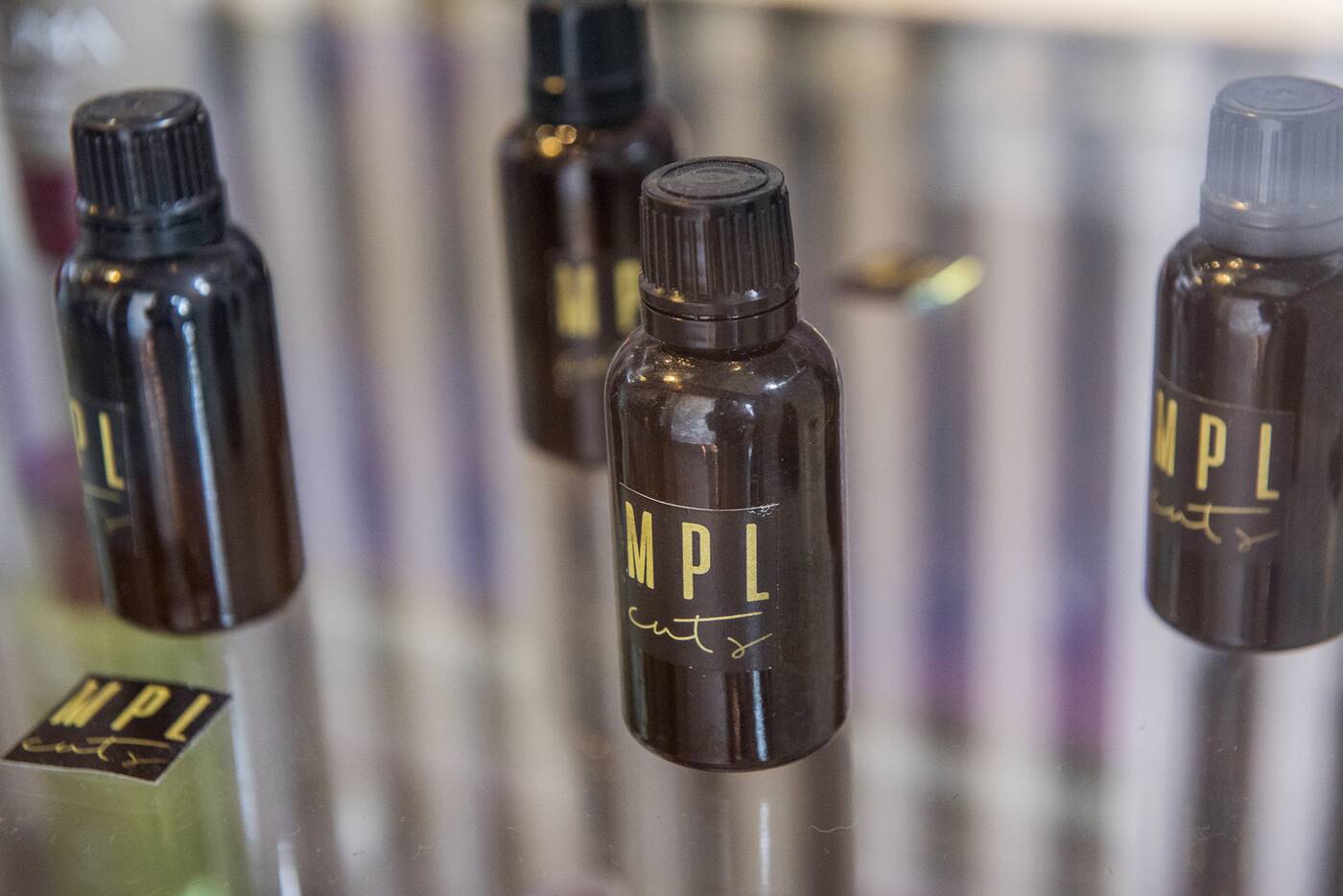 A beard oil ($15) of lavender, cedarwood, tea tree oil, and hemp seed oil from Peterborough helps with hair growth — especially beneficial for trans men who are transitioning, as well as for anyone else suffering from patchy beard growth. 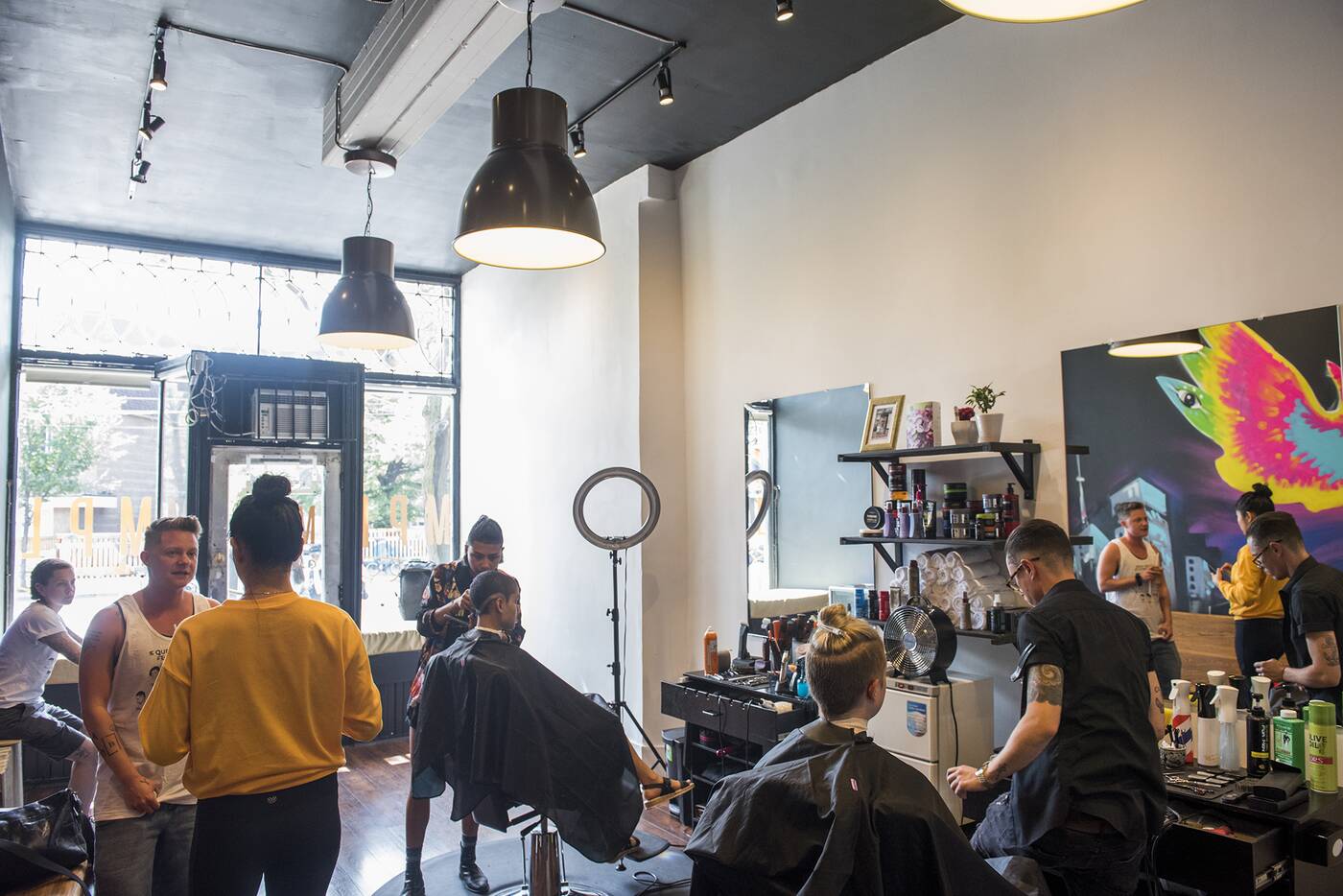 Anyone familiar with barbershop culture knows that its a space meant for community, where discussions can be had in a place that feels safe. MPL Cuts is definitely the embodiment of that, and a refreshing change to bro barber culture. 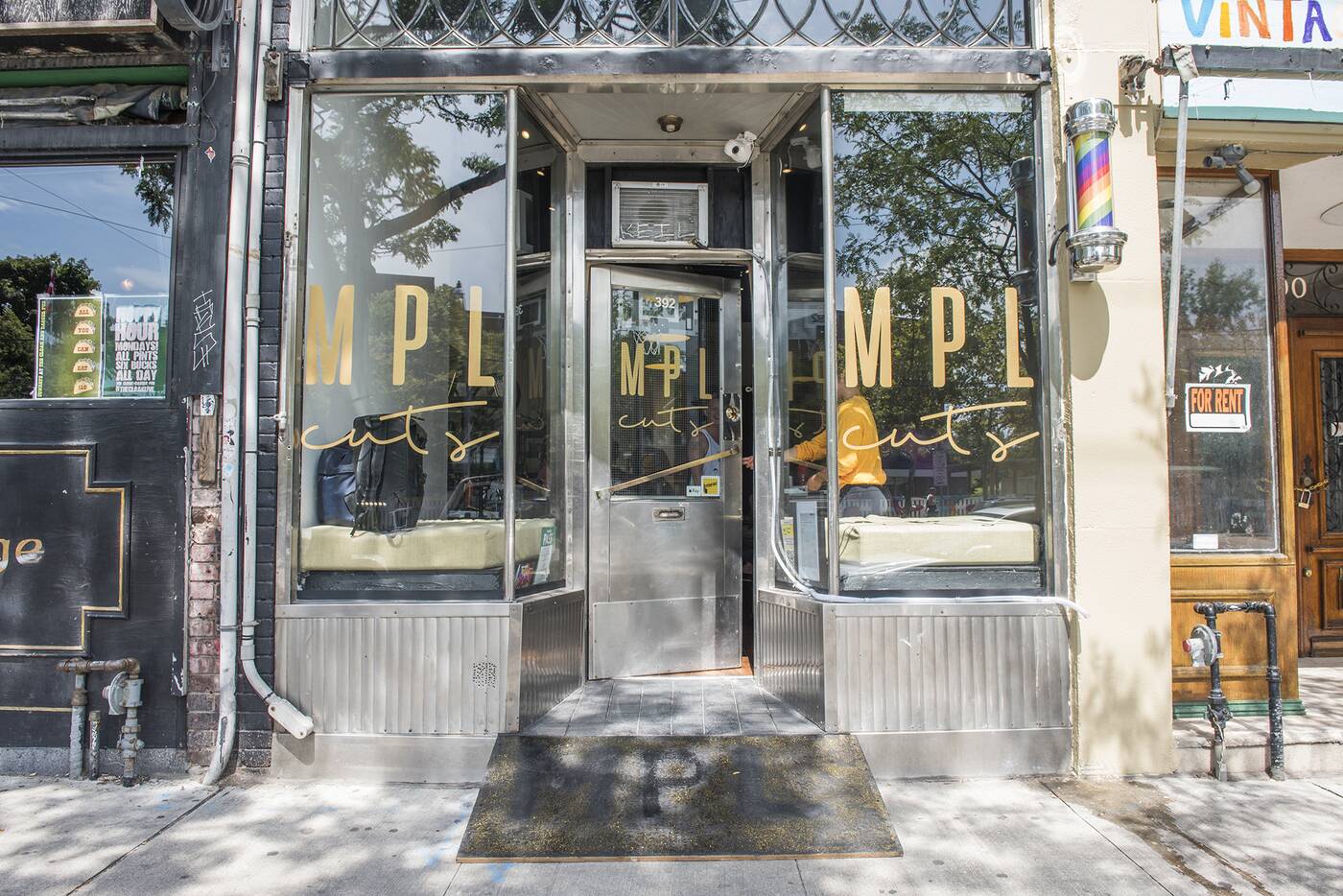