Madison Shoes & Accessories was having a fantastic sale when I stopped by for the first time. I've passed by the pristine white shop countless times before, but for some reason I've never actually taken a step inside. Perhaps I feared I would be enticed to buy something way beyond my reasonable limit. After all, the store is located at the sometimes-surprisingly-expensive corner of Eglinton and Avenue Road ( UPDATE: This location has now closed. The address on this page has been updated to reflect the remaining Toronto location in the Shops at Don Mills), in a shop that looks plucked from the affluent streets of Manhattan. The space is huge, open and modern with a ceiling at least two stories high, and the in-and-out of Tiffany-clad yummy mummies always seemed to tell me to walk on by. 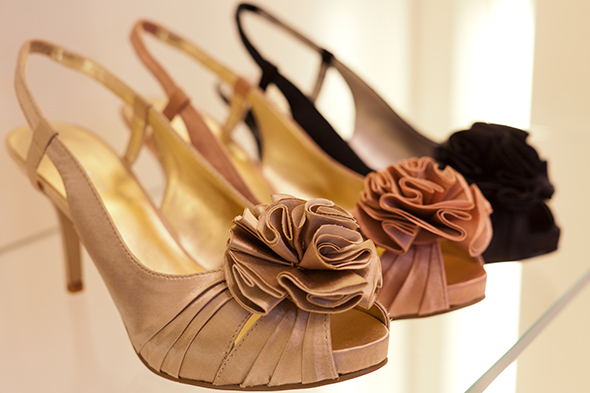 But when I did actually take a look inside, I was taken aback at what I found. Nine West handbags for $50, Rachel Roy wedges for $100, and Bandolino heels for a little over $30. Um, what? Confused, yet insuppressibly gleeful, I was quickly told that Madison was having a sale on sale. That is, all sale merchandise (which was about three quarters of the store) was reduced by additional 50 per cent. I'm not sure why I was so surprised as it was shortly after Christmas; I suppose I has always assumed that Boxing Day (now dubbed "Boxing Week") was for suckers willing to wait in the cold for the equivalent of a parking pass off their new LCD TV. Not so, it seems, at least at Madison. 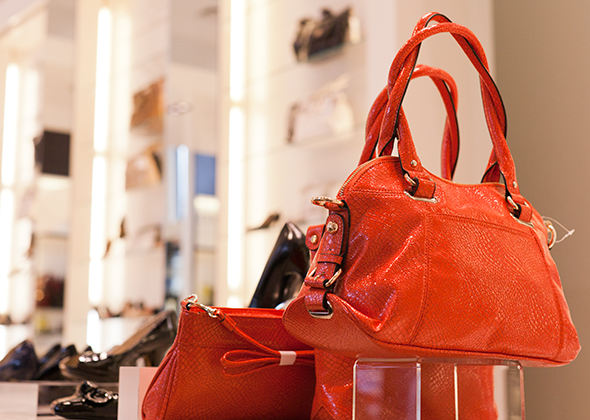 The women's shoes and accessories store opened on Eglinton Avenue in December of 2007. There are also two other locations in Toronto; one at the Shops at Don Mills and another in the King Street Exchange Tower. Whereas some boutiques pick and choose styles from a shoebox (ahem) of countless designers, Madison has its handful of brands and generally sticks with them. Nine West and Anne Klein are at the forefront with both shoes and accessories, accompanied by footwear by Enzo Angiolini, Joan & David, Rachel Roy, Easyspirit, Boutique 9, and Bandolino. 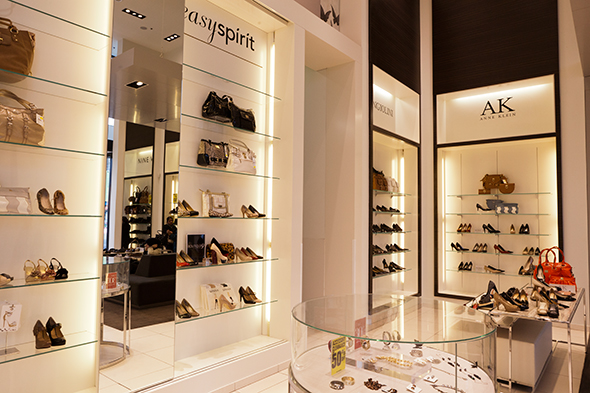 As a whole the styles are classic, trendy, and contemporary; stylish but not too off-the-wall. The store manager tries to fill me in a bit more about Madison's mantra, but I've caught her on an off day and her voice is nearly gone. That's no bother for me though--I believe the pursuit of the perfect shoe is an adventure best completed solitarily, anyway. 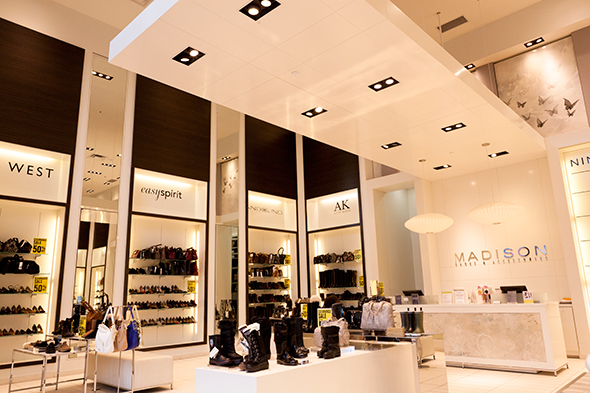 While the names of the brands above each giant shelf would make you think the shoes are arranged by label, I'm told that's not exactly so. Like styles are paired together, though it usually happens that shoes of the same brand seem to be arranged alongside. In any case, I begin at one wall and make my way around, starting by picking out a great pair of Bandolino mint green wedges originally priced at $95. They had been marked down to $65, and with the current store sale, would ring in at $32 and change before tax. My toes were tingling, and I moved on. 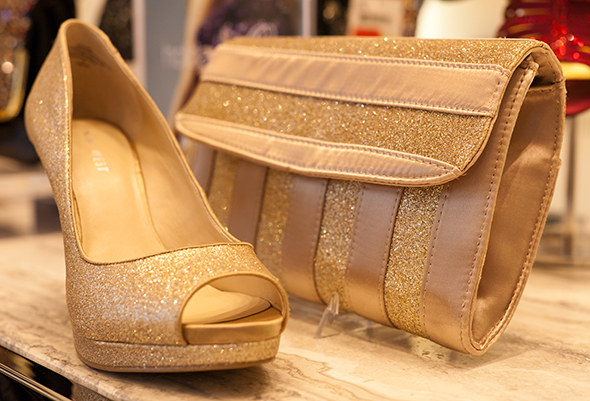 Never one for the plain black pump (and, granted, there are plenty at Madison), I found myself drawn to the more unique styles. They included a pair of Nine West Vintage Collection lace-up ankle boots (orig:$190, now:$75), Rachel Roy leopard print wedge booties (orig:$275, now:$105), and a Boutique 9 pair of peep-toe platform heels, one of the few items not on sale and priced at $180. Most of the pieces are united by a sophisticated flair; classic, without being boring. Later, as I giddily explored the countless Nine West handbags marked in the $50-range and wallets in the $30's, I vowed I would never callously walk past an unexplored shoe store again. 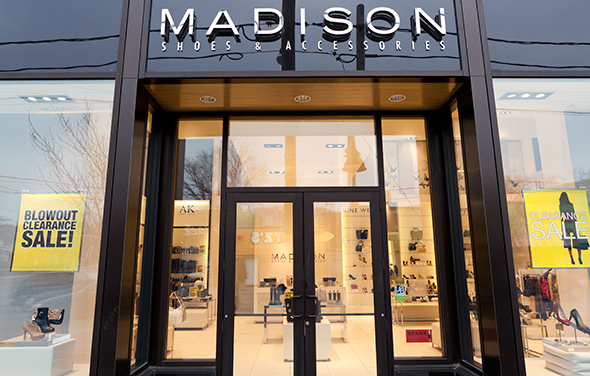 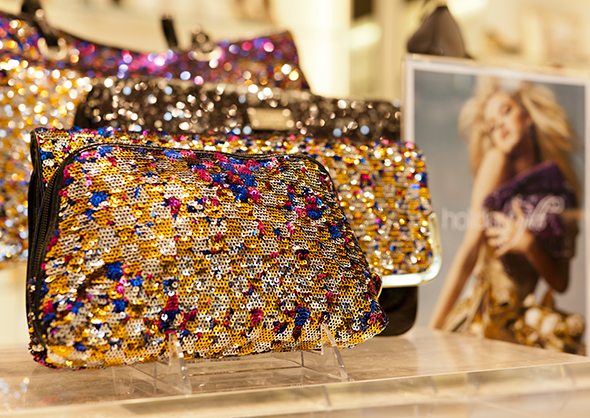