hr2, the premium off-price little sister of Holt Renfrew - officially opened last Friday at Vaughan Mills . A blitz of international companies have recently landed in Canada, including the well received discount retailer Target , so it's no surprise that Holt Renfrew's fighting back with a chic and budget-minded spin-off of its notoriously haute chain department store. Boasting "leading brands and on-trend styles at irresistible prices," hr2 is something I knew I had to see for myself. 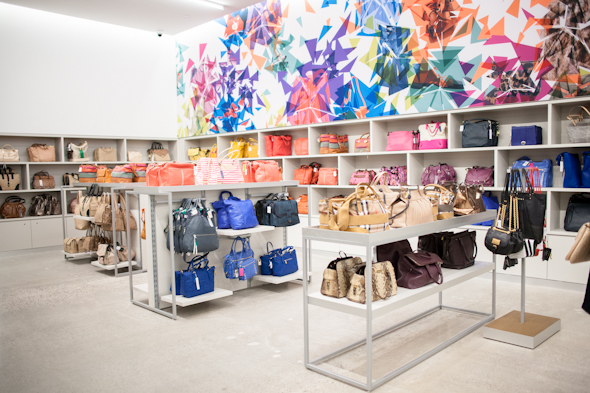 A lengthy and traffic-filled drive later, I found myself setting foot into what seemed to be the polar opposite of a Holt Renfrew store. The concrete floors, neutral walls, and stark fluorescent lighting leave little room for aesthetics but does a great job letting the clothes (and the prices) do the talking. Though the layout is very open, the many shelves, racks, and tables are loosely arranged into stories for ease of shopping whether you're a dapper businessman or a cool mom. 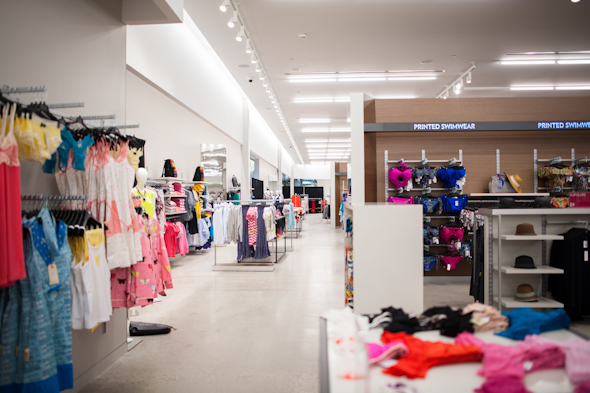 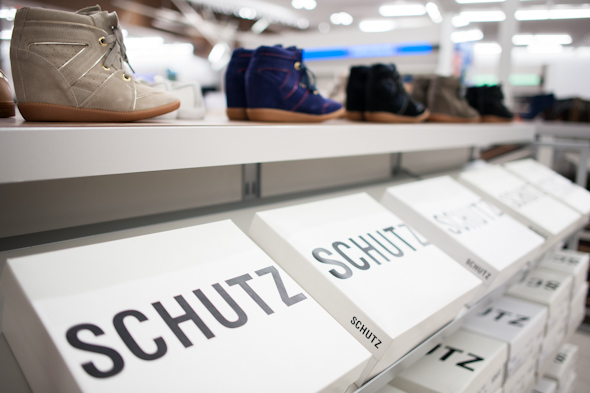 There are also bold signs on tables - a particularly interesting one read " Naked & Famous Jeans - $89" and sat on a heaping pile of Japanese raw denim. Even the price tags communicate a sense of urgency to buy now, stating the original, comparable price point next to the much-lower discounted one. 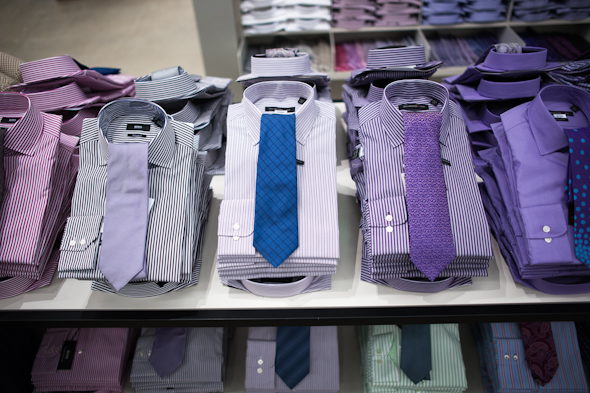 New stock comes in weekly, so I wouldn't be surprised if they soon run out of Bao Bao Issey Miyake faceted tote bags ($299 - $399) and Prada men's derby shoes ($299). Obviously, the focus is on trendy pieces, but timeless classics like Diane Von Furstenberg wrap dresses ($199) and hr2 house brand suits ($600) are available as well. 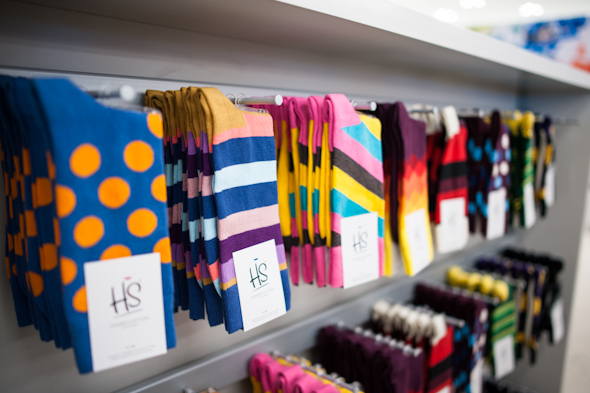 I have to admit, many aspects of hr2 scream "glorified Winners ," but the customer service is more than a few levels higher; although hr2 is a bit of an ambiguous term, being (politely) approached and serviced by many knowledgeable staff members was a fine reminder of the Holt Renfrew name -- and a large contributor to my wholesome hr2 experience. 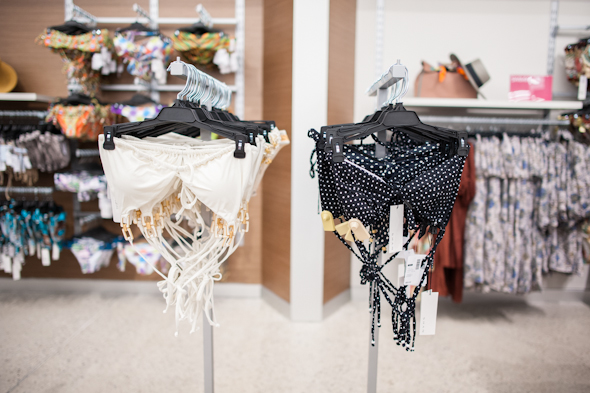