H & Co. is a hair salon on Portland St., just off of King West , run by Hayley Bloomfield. Bloomfield's mother was a hairdresser as well, so it was a natural passion. A 21-year veteran of the industry, Bloomfield studied first in her native London, then worked at Toni & Guy . Bloomfield had branched out on her own earlier--with the Allan Parss salon--but then returned to a team environment at Salon Daniel , where the rest of her team worked previously, as well.

She opened her proprietary salon almost 2 years ago, when she was approached by the building's owners--incidentally, the same people behind Maison , Century Room and Hammam Spa . The latter is why you'll find no pedicures or massage services at H&Co. Rather, clients will be referred to Hammam and vice versa, with the added bonus of a 10% discount. 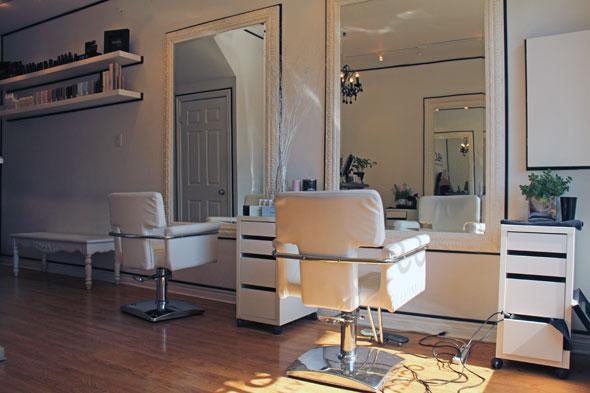 The space is small, monochromatic, and flooded with natural light via the large front window. There are three stations in the front, with colour taking place in the back. Large ceilings and bold white walls make the intimate boutique space feel much larger than it actually is, and the front desk is accented by a prim, black chandelier.

She worked with an interior designer to obtain the look, which was meant to approximate a Chanel bottle. "People don't want to feel intimidated by the space," Bloomfield tells me. "I decided I wanted to do something smaller." This mentality also allows for a smaller staff, and Bloomfield's close attention and personal touch. 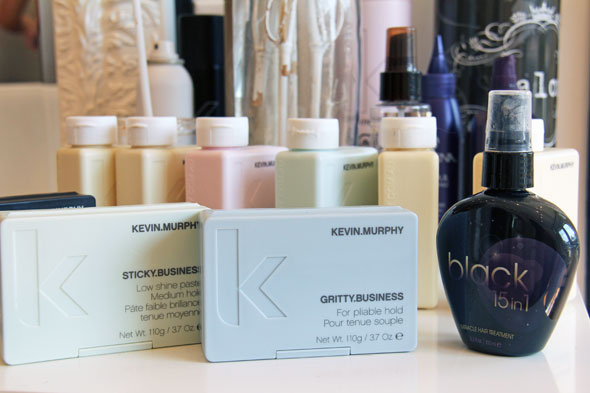 The cost is surprisingly reasonable for the area. Women's cuts range between $70 (for Bloomfield's associate) and $100 (for Bloomfield herself), while men's run between $50 and $60. Updos will cost you $75, while colours range from $80-$100. They also offer make-up application for $75, services for wedding parties, and extensions.

Salon products are chosen by unanimous vote--which is how they arrived at the Kevin Murphy line of products. They're also the only salon in Toronto to carry Black 15 in 1 , a revolutionary new line consisting of shampoo, conditioner, and treatment that claim to extend blow-outs. 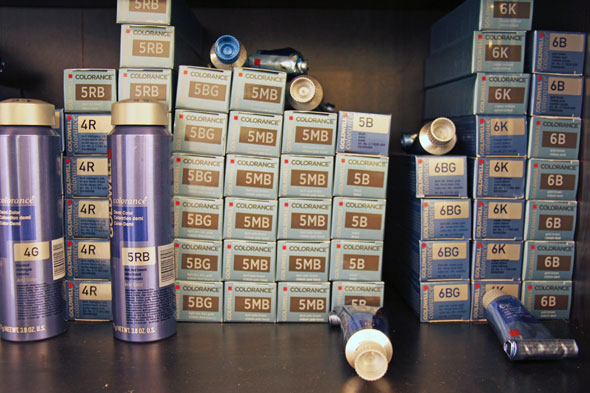 They also use the Goldwell line of hair-colour, which is among the gentlest options on the market, to accommodate those who are relentless in following trends, or maybe a bit too overzealous with root coverage. The salon also offers highlights, which begin at $135. Hayley and her team are trained in both cut and colour, which enables her to provide a more holistic, and efficient, service for her clients. 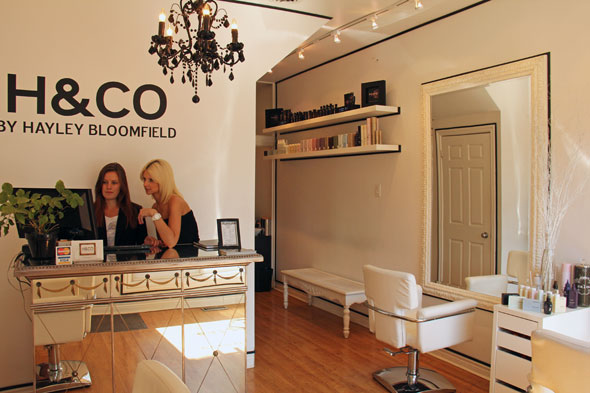 Anyone who's ever gotten a haircut will tell you that the mood and energy of a salon can either put you at ease or on edge. "You can tell if the atmosphere is bitchy," Bloomfield says, laughing. "The clients shouldn't have to worry about what's going on around them." She's previously worked with all her staff, and vouches for their skill and experience.

As for Bloomfield herself, she's warm, bubbly, and utterly knowledgeable about trends. I ask about the ombre effect that I found so wonderfully weird and hoped to one day try for myself, but Bloomfield shakes her head. "It's on its way out," she says confidently. The new thing? Bronde--a blend of blonde underneath, and brown over top (of course). 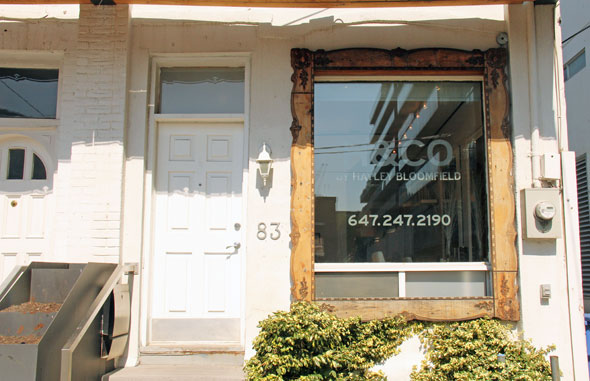 She's open to avant garde and classic cuts and colours alike, but remains grateful when clients bring along photographs. When asked how she would describe her haircuts, she answers "A haircut for you," then elaborates--"I'm not a selfish hairdresser, I listen to what you want. If I think it's not going to work, I'll try to steer you in a different direction."

It's a refreshing and balanced answer, in an industry where egos and scissor-happy hands sometimes result in unhappy clients.