Just what Yorkville needs, right? Another chi-chi store to make us cash-strapped fashion lovers weep with envy. But Eleven has two great things going for it - it carries some semi-affordable pieces, and it only stocks Canadian clothing brands.

Toronto's fashion crowd gathered at the space last Wednesday to sneak a peek at the wares, which include Lundstrom , Joeffer Caoc , and Thien Le .

After Linda Lundstrom's label went bankrupt, her line was resurrected as Lundstrom by Eleventh Floor Apparel. Now, the company opened Eleven to showcase the line, along with a few other good Canadian labels. 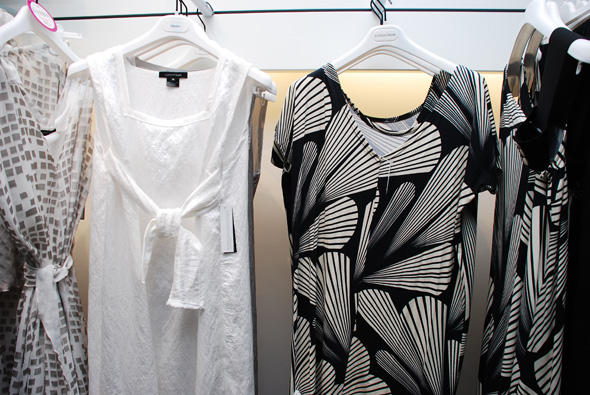 For Lundstrom, the fit was a good one from the start - she was a long-time champion of Canadian manufacturing. She says, "I made a commitment: if I couldn't manufacture it here, I didn't want to make it. I told them that, and they said, 'Okay, sure.' And I said, 'Well, you're the first people to say that!'"

Her designs are quite affordable - most pieces are in the $100's and $200's - and there were a few gems, including a white tutu skirt designed by Lundstrom's daughter ($189), and an amazing black-and-white speckled jumpsuit. 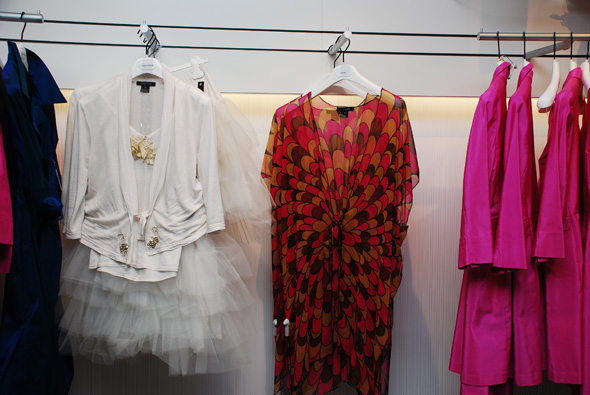 The downside, however, for us young folk is that most of the line does tend to skew a little older. There were lots of sensible shirt-dresses, roomy linen pants, boxy jackets, and shiny dress shirts. It remains to be seen whether the tutus and jumpsuits are enough to appeal to the younger audience that store vice-president Karen Spisak is after. Same goes double for the evening gowns from Thien Le that run several grand.

At least Joeffer Caoc should get the younger style set through the door. His stuff seems to be the odd line out, but the small selection is worth a visit. His lilac-grey-white batik halter tops ($325) and black-and-white speckled dresses ($599) were some of my favourite of the Spring/Summer 2009 collections , and they look just as lovely on the rack. 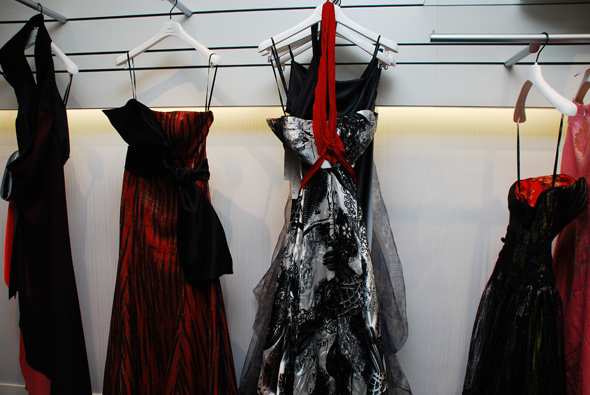 Also amazing is the selection of jewelry - beauties include Gerard Yosca bib necklaces ($499), Andrew Hamilton Crawford bracelets ($529--$599), Kendra Scott chunky bracelets ($229), and Ted Rossi bangles, all of which would suit both the young and the old(er).

Most of the stuff here is far in my future, but it's good to know it's there. 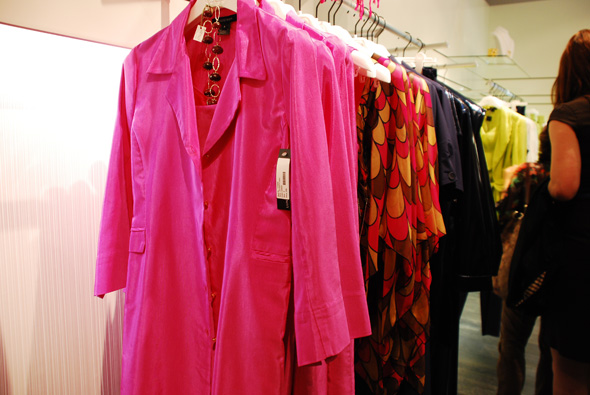 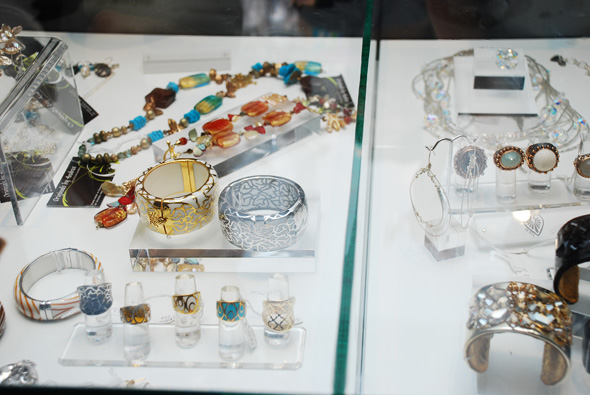 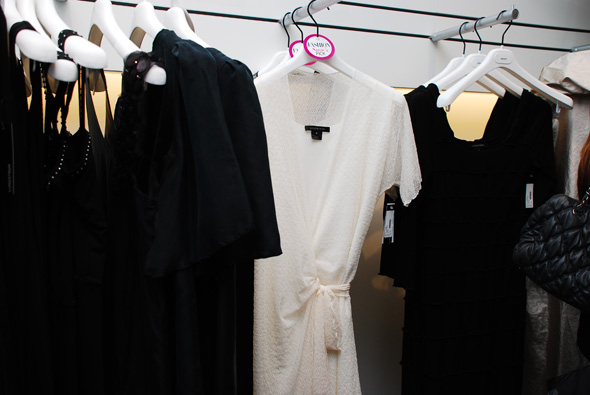 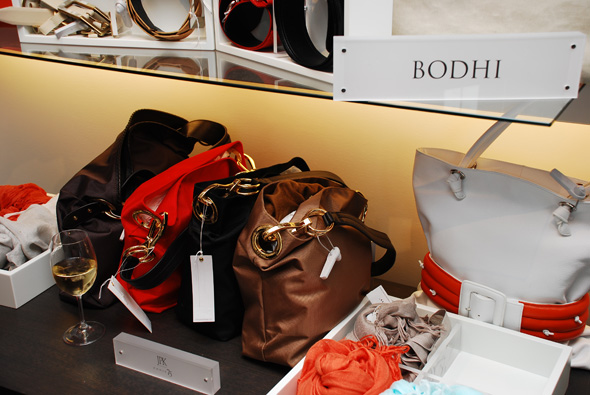 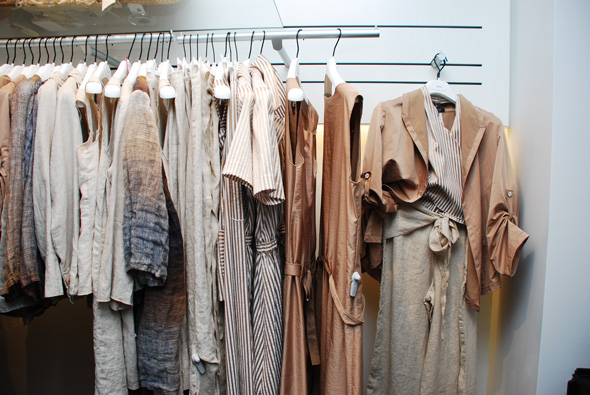 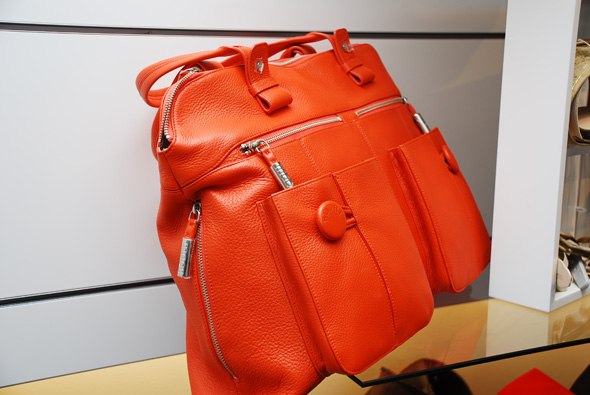 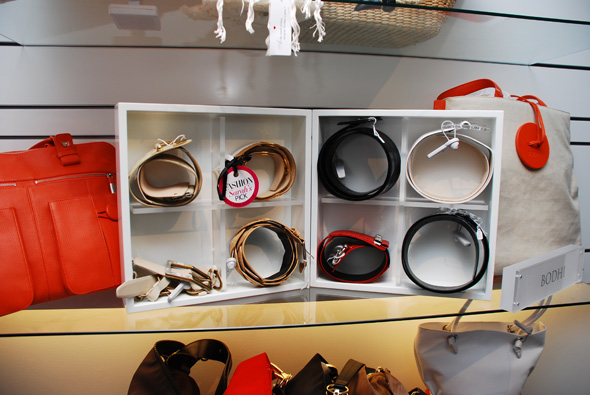 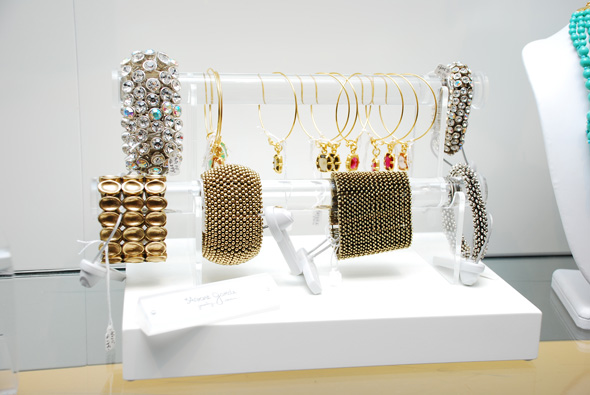 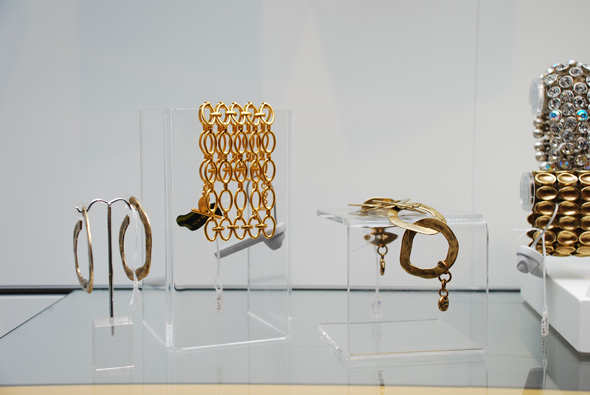