CORS took over the Deadpool-ed yaya & friends space near Trinity Bellwoods, and offers, like its predecessor, budget-friendly frocks, but CORS looks like it has what it takes to stay afloat, carrying the best in cocktail dresses.

The owner tells me that he buys his designer brands off-season and directly from the manufacturer, so his stock is much cheaper than it would be in boutiques or department stores. 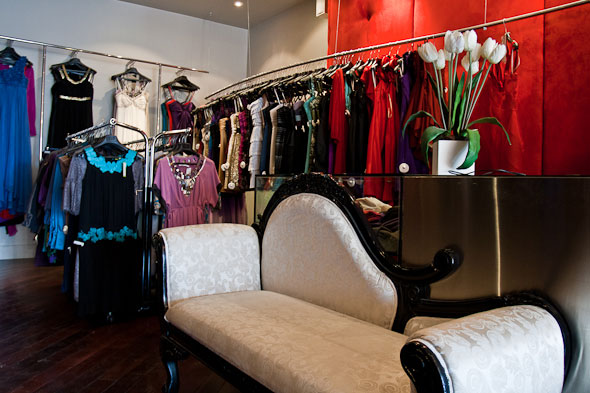 Ladies in need of something to wear to their next soiree can find Robert Rodriguez, Twenty8Twelve, Theory, Trina Turk, Diane von Furstenberg, and Tibi, plus one of my favourite harder-to-find British lines, Karen Millen.

I actually squealed with glee a couple of times in an embarrassingly girlish display of dress-frenzy while pawing through the frocks. 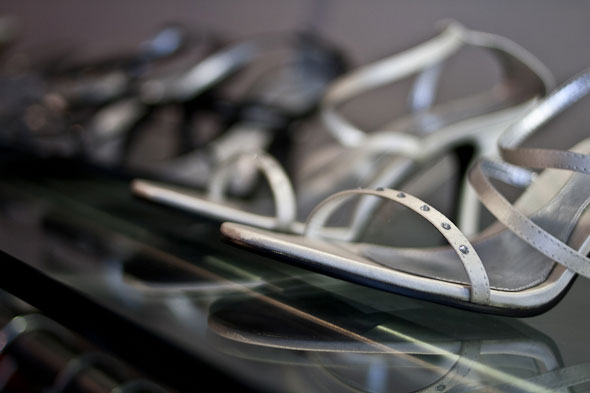 The aforementioned Karen Millen can be counted on for some class, with just enough sass and sexiness. Case in point: a mid-calf black-and-white sheath with a blown-up newsprint-like pattern of blowsy roses ($175), or a satin crimson cocktail dress with a sharp wing forming the bodice ($195, down from $395).

Need something really zany? Slip into Laundry by Shelli Segal's gold lame Grecian-style disco diva number with the gold circlet around the neck ($150). (And for those who like that sort of thing, there's some Betsey Johnson to choose from, too.) 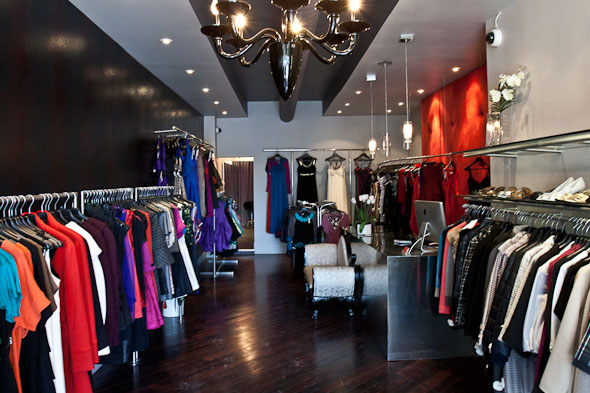 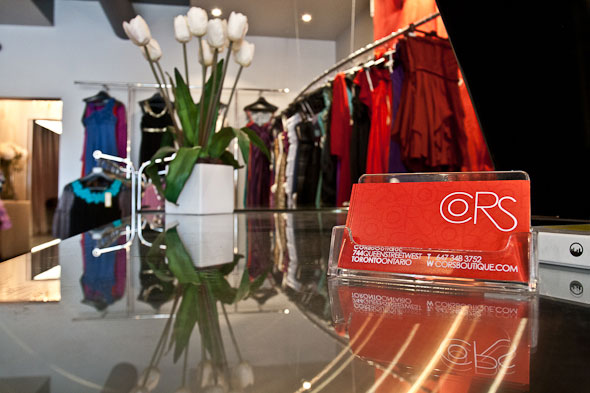 yaya & friends' clothes were pretty safe, which, I think, contributed to the store's eventual shuttering. CORS may carry mainstream brands, but the pieces plucked from them--and the sheer joy inspired by the bright colours, luxe details, and playful design choices--hopefully means that CORS' affordable elegance will triumph where others have failed. 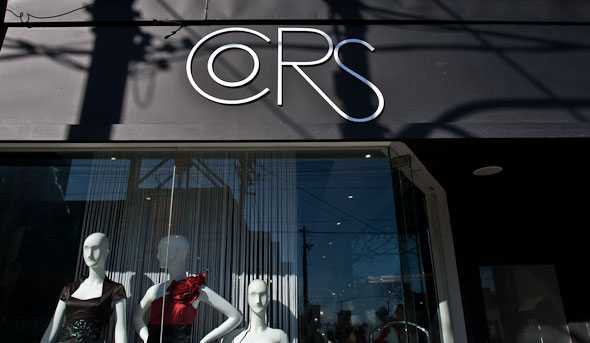