Cat's Cradle is a downtown Yonge Street landmark, and yes, those actually exist. While the Yonge and Wellesley Street area might seem to be all spandex boutiques and ambiguous-looking electronics stores, there are a few gems nestled among the transient, and Cat's Cradle is one of the best examples. 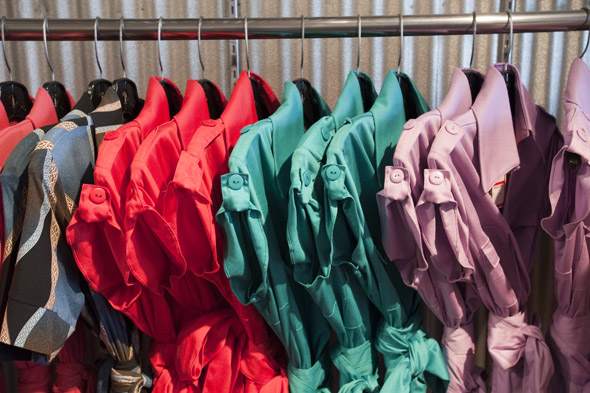 The shop has been around for decades (three generations, to be exact), evolving from its original incarnation as a menswear shop called "Dominion Clothing." Then it was operated by Samuel Citron, who handed down the business to his son, Norman, in the mid-1950s. Subsequently dubbed "Mr. Norman's Menswear," the store continued to reform throughout the '60s and through the '70s, incorporating women's fashions, its own house line, and adopting the name "Cat's Cradle." 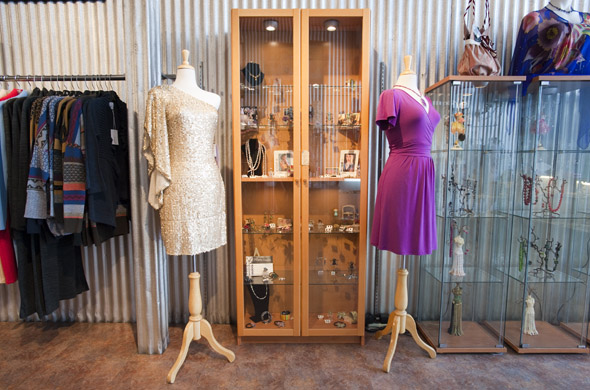 Now operated by the trio of Mark Citron, Richard Pritchard, and Shazia Hafeez, Cat's Cradle no longer produces its own clothing, but is instead focused on showcasing great Canadian designs (along with a honed collection of international designers). 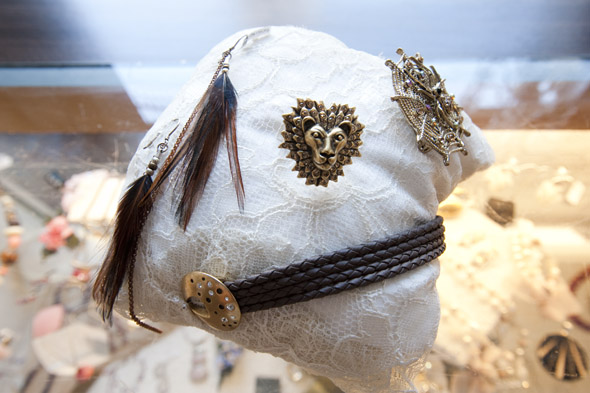 Between browsing the racks of Betty Draper -style Bionic collared, short-sleeve wrap dresses ($127.50, on sale for $85.00), and Toronto-designed Paul Ho women's suit pants ($105) and jackets ($195.00), Richard and I get to chatting about some of the changes he's seeing on Yonge Street. 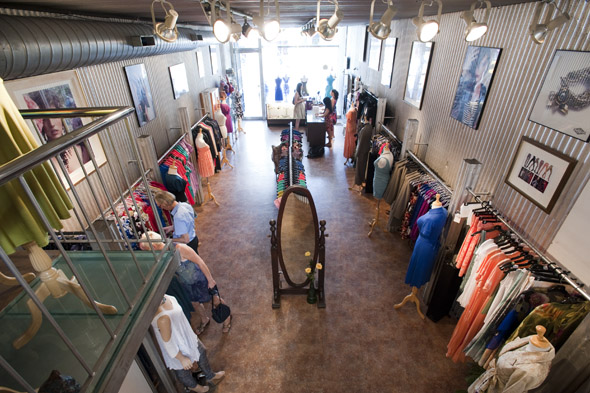 "I think what we're experiencing now is a real 'cleansing' of businesses. Actually, it's something we've been waiting for for 20 years."

Indeed, I've been noticing a little movement lately — albeit, changeover in the area still seems incredibly slow. But a new condo development here, a One Direction pop-up there, and Yonge inches ever-closer to becoming a destination. Granted, it's not there yet, and Richard agrees. 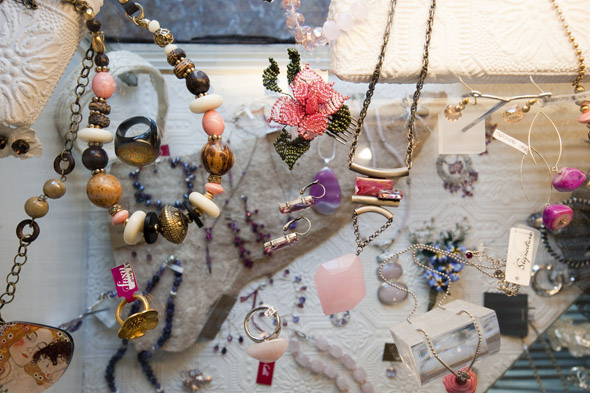 "My main complaint would just be that we don't have enough stores," he says. "If people want to go on a spree — go to an area to shop — they need to be able to go from store to store. Really, I couldn't be more thankful for some of the new development going on." 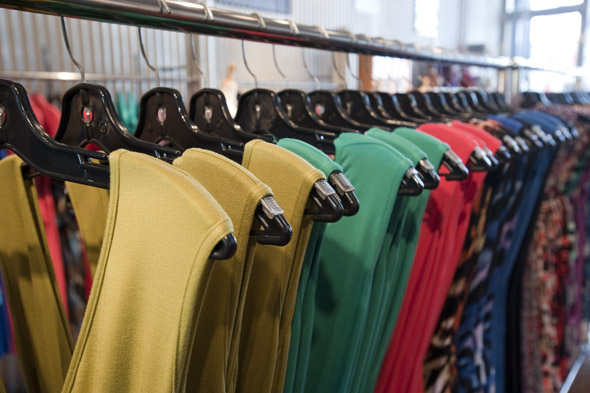 Richard says that as the area picks up, Cat's Cradle is hoping to revive its own house line. "I can see down the road maybe working with Ryerson or other design students, to collaborate and let them contribute to new designs." In the meantime, I spot a few remnants of Cat's Cradle's clothing on the sale racks on the lower level, including a pair of classic black pants marked down to $25.

For now, Cat's Cradle is focused on continuing to explore classic styles of clothing and unique accessories, with an immediate focus on expanding its social media efforts. But that doesn't mean Cat's Cradle has forgotten its past. 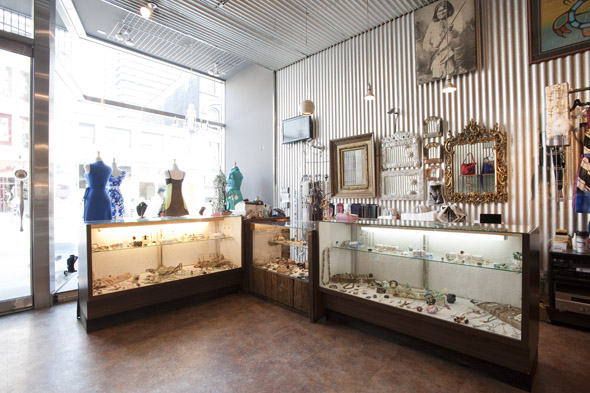 "We really struggled in the '90s," he says, pausing beside the rack of John & Jenn . "It was a real recession, after all, and if we weren't a family business, I don't think we'd be here."

Now, most people will tell you successful retail is all about location. So I ask Richard how the "family" aspect can translate to longevity. 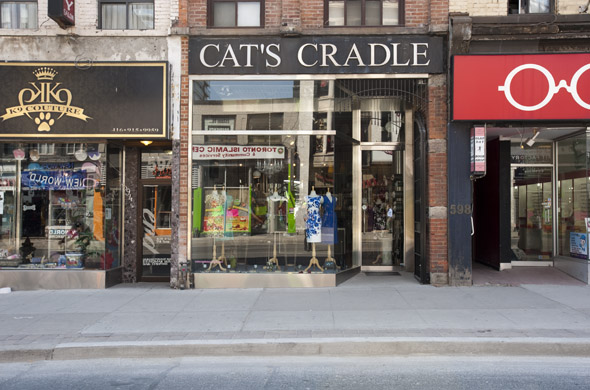