Brodawka & Friends is a misnomer of sorts if you take the new shoe boutique's name at face value. That's because the shop represents the realization of Jeff Brodawka's independent initiative, with just â he admits â a little help from his friends.

But the overall idea is Jeff's, the selection is Jeff's, and even the powder blue wood perches that display the shoes are Jeff's own creations. He's the one you'll find in the shop every day of the week (for now), and he's the one who's gambling his future on the new enterprise. 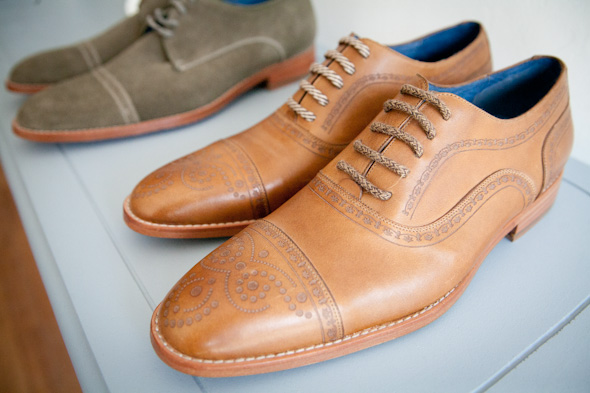 I meet Jeff less than a week after his opening, when the store's website, fixtures, and men's collection are still in the works. He tells me he's been in the fashion industry for years, designing with John Fluevog out in Vancouver before deciding to venture out on his own. 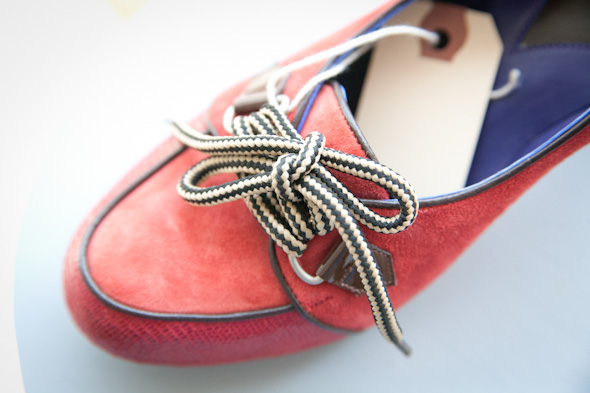 "I had made a lot of contacts through shoe shows and travels," he says. "That's how I met the women who run the small boutique factory in Mexico." 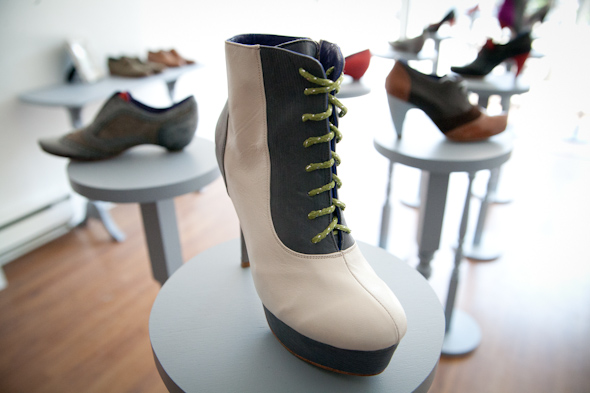 Jeff sources his honed collection of women's footwear from that factory in Mexico, where the shoes are both designed and handcrafted. His input comes in the form of colour selection, noting that he "wont take credit for someone else's designs." 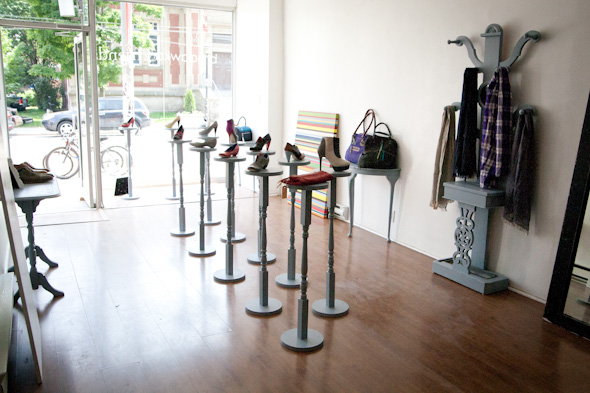 The factory is located in Leon, a city Jeff says is the epicentre of shoemaking. "They have all of the tanneries, sole makers, molders in one city. Basically, I just really liked what they were doing," he says of the factory he chose as his supplier. 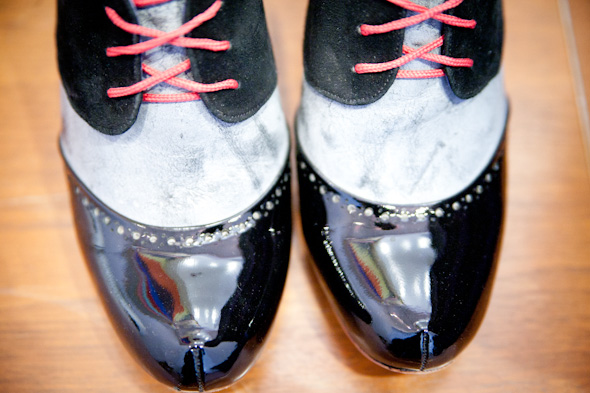 The collection at Brodawka & Friends in minimalist in quantity with only about a dozen styles in stock. The designs, however, aren't minimalist in quality in the least, with several types of leathers and different colours combined in a single shoe.

Jeff points out some of his favourites, which include a suede/patent/full grain leather ankle boot in a cafe and chocolate brown ($275), and a waxy leather and suede embossed flat in a blue/grey with a lipstick red tongue and sole ($265). The shop currently stocks sizes six through 10, though Jeff hopes that range will grow with the store. 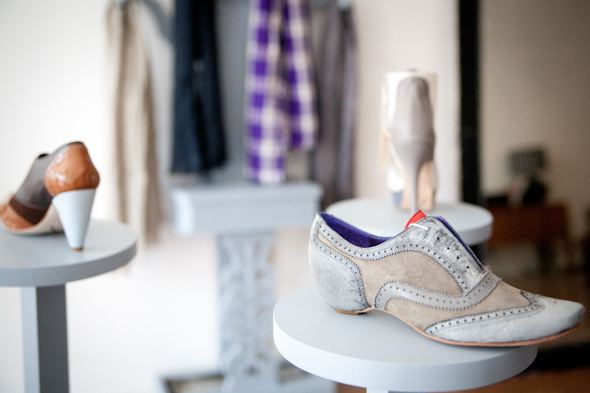 The men's collection, which is expected to arrive in the next week or so, will be made up mostly of leather loafers that will be priced in and around the $225 range. 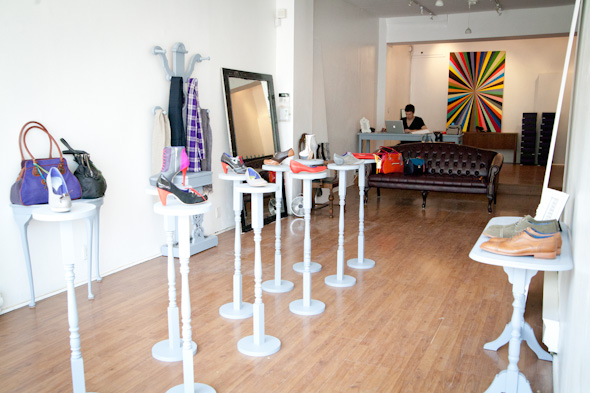 And to round out the shop, Jeff will be offerings his own (designed and constructed) wool, silk, and cotton ties ($40-$60), linen socks from Japan ($20), and other complementary accessories.

His stock will likely change with the seasons, and you can count on Jeff being in store seven days a week. Unless, of course, he gets a little more help from his friends. 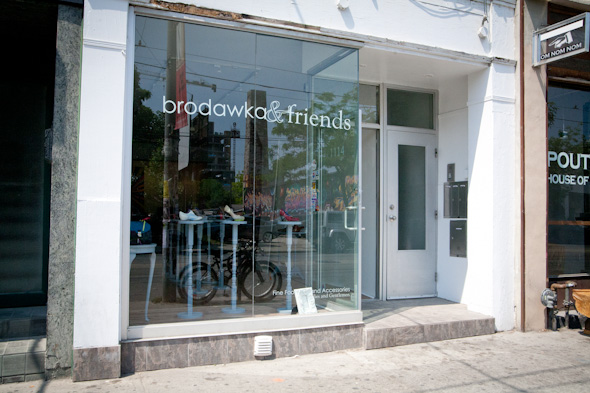 The Best Shoe Stores in Toronto