I've been called some less-than-flattering names by former friends, ex-boyfriends, even commuters who don't appreciate my driving. Never once, though, have I had the urge to put "crazed swerving maniac" or anything else on the front of my T-shirt.

Michele Pedro, Kathleen Pedro and Catriona Smart, the owners of Brazen Hussy, did have that urge. They saw it through too, as evident by the "I'm A Hussy" T-shirt ($39) available in their store.

It was the girls' friend who was first assigned the title long before it became the name of their store. Michele Pedro said her friend was called a "brazen hussy" by her ex-boyfriend after they broke up. "She started going to clubs, meeting new people, and he was insulting her for being independent," she said. "It was ridiculous, but we loved the name." 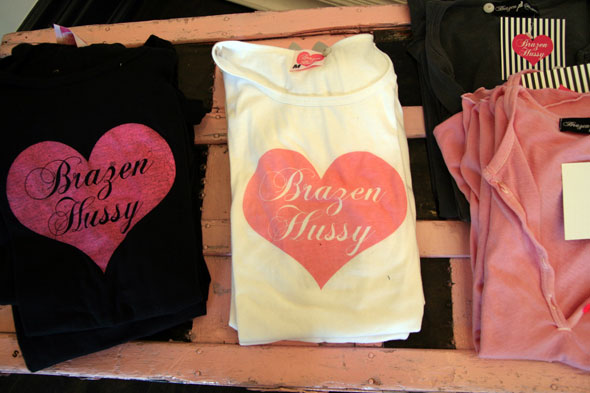 So "brazen hussy" isn't just an old-fashioned title for an immoral, wild woman. No, according to Pedro, "It's someone who's confident, bold, independent and not afraid to take chances or be sexy." 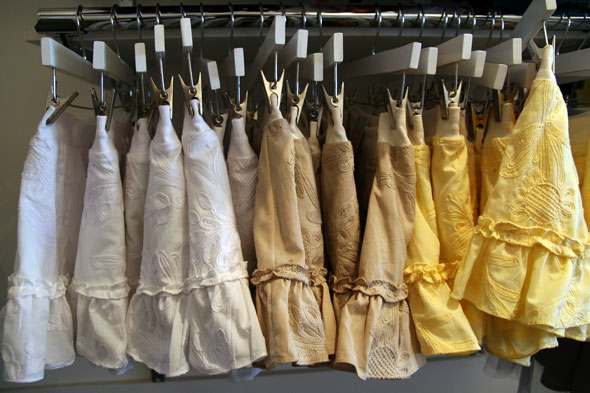 "I hear a lot of, 'I love this but I don't know if I can pull it off,'" Pedro said regarding customer reaction to certain pieces. "But they try it on and end up loving it."

The clothes are definitely sexy, a little edgy and undeniably designed to get attention. The bolder pieces include a floor length, bright turquoise dress with a plunging neckline for $159. Brazen Hussy's ruched turtleneck dress in black or white ($179) isn't for someone who wants to fade into the background. Nor is their purple bubble metallic halter for $129.

Even the "conservative" pieces have the Brazen Hussy attitude. T-shirts sport smart captions like "Sticks + Stones May Break My Bones But Haters Never Hurt Me." Velour tracksuits at the front of the store were paired with a sign that read, "Buy any heart pocket pants, get the hoodie for $10!!! (p.s. They make your bum look hot)." 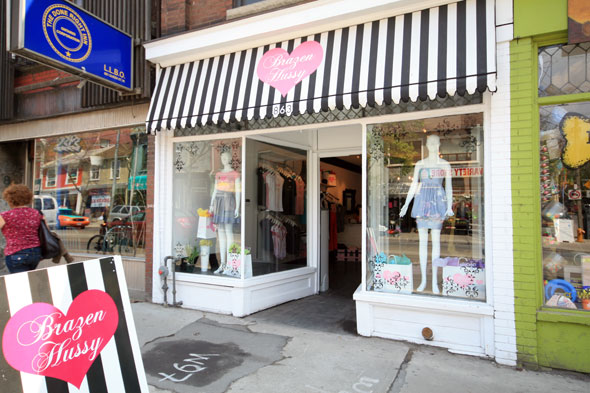 Brazen Hussy, which opened a month and a half ago, is not only devoted to making girls feel great. The store features a "charity tee" every month, and $10 of the profits from the shirts goes to a local organization. This month's shirt reads, "It's nice to be cute... but it's cuter to be nice." Donations go to StepStones for Youth.