Ardith is the newest apparel store in the Roncesvalles area providing lifestyle and sports-inspired fashion. Having only been open for over a month, Ardith caters to the growing trend of athleisure.

Step inside into crisp, neat vintage dĂŠcor, and in the back corner is where you'll find owner, Miranda Bryden. Bryden left her career as a communications consultant to do what she loves; manage her own boutique store and spend more time with her two children. 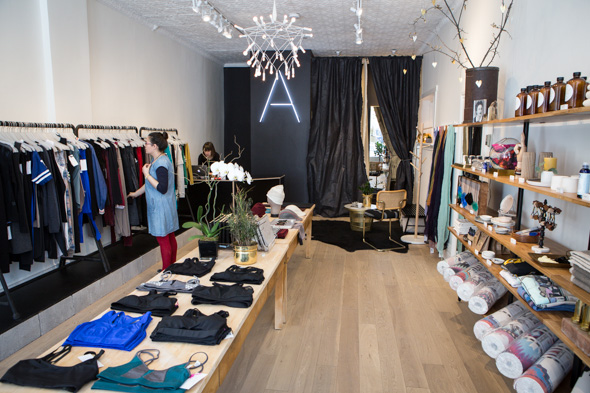 Bryden named the store after her 95-year-old grandmother, Ardith, who had a simple, stripped-down feminine approach to fashion. A black and white picture of her grandmother is displayed proudly on a top shelf in the middle of the store. 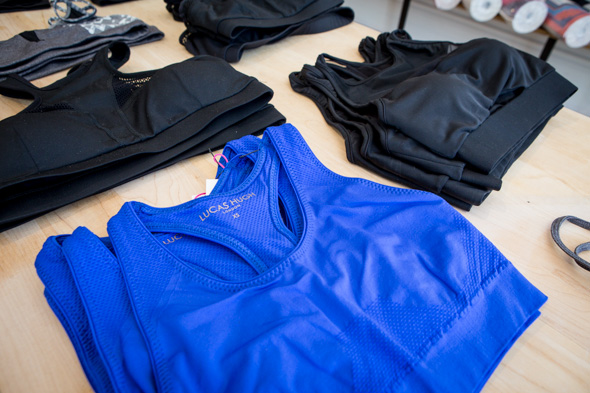 The store is an ode to movement, versatility and beyond. Bryden says a lot of research and science goes into creating sportswear because we demand more from our activewear. It has to be fashionable but practical - something that allows your body to breathe while sweating, and can last a long time. 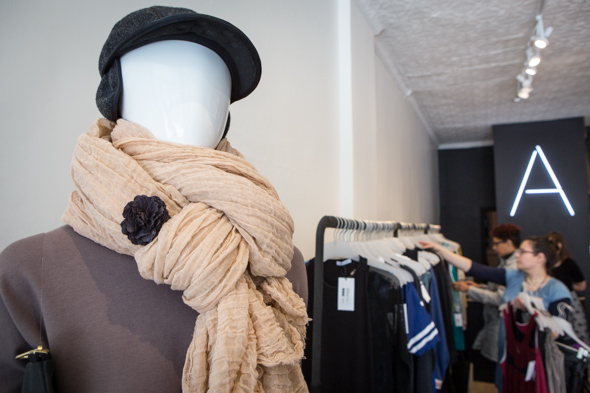 Everything in the store can be dressed up, so Torontonians can go from the yoga mat to the bar without having to fuss too much. "From the gym to the street," as Bryden puts it. Ardith is the first Canadian store to sell clothing by British designer Lucas Hugh who also did the costuming for The Hunger Games. 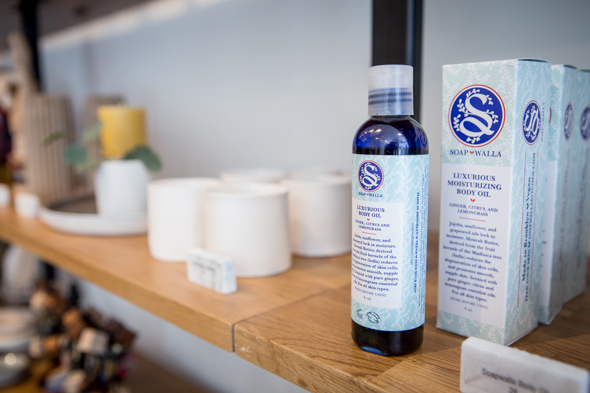 The store offers a mix of practical and unique household items and natural health and beauty products by Canadian and international labels that aren't easy to find in Canada. Such as linens from Tokyo designer Fog Linens , colourful organic cotton Martha McQuade scarves, beech and mahogany hair ties and Eucalyptus bath salts. Other styles include open back sweaters and hoodies by Toronto designer Travis Taddeo.

What caught my eye immediately was the cool collection of yoga mats. Ardith sells eco-friendly mats from LA-based label La Vie Boheme , which creates patterns inspired by Navajo art and Buddhist symbols. The effect is an illusion of a rich tapestry. 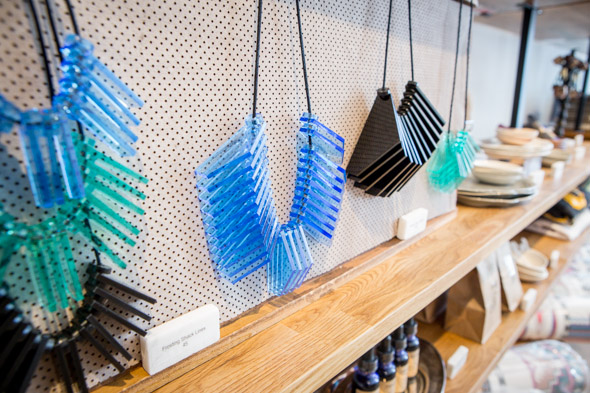 Ardith stands in the same space as what used to be Lady Toronto Exclusives. And as a nod to the Roncesvalles landmark Ardith's creative director, Reva Quam repurposed some of the dĂŠcor from the store, turning a plastic laundry bin into a coffee table with a marble top.

Soon, Ardith will be carrying soups and salads from The Goods, and setting up an Ardith running club. 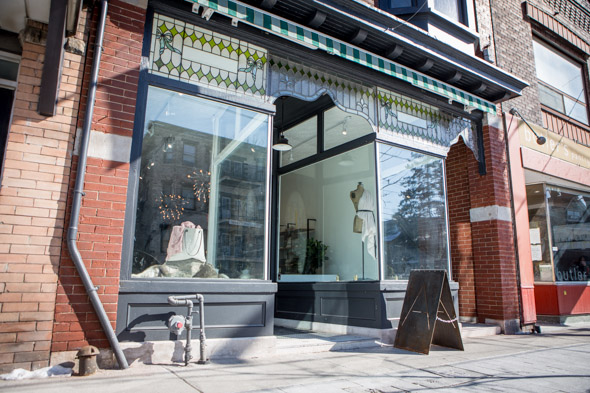