Air Jordan Store Toronto is currently open but their offerings and services may be affected due to the pandemic. Please contact the business directly for more information about any changes. Is this your business? Please contact us if you would like to update this message.

The Air Jordan Store in Toronto is just the second in North America. A mecca for all things Air Jordan, especially athletic/basketball shoes, the store features a customization area, a huge kids’ section, and even an upstairs training area.

It’s a recognition of the energy lighting up the city surrounding basketball around the time of the store’s opening, when the Raptors were still battling in the playoffs. To show that pride, there are a lot of Air Jordan shirts, tees and shoes in here designed specifically for Toronto. 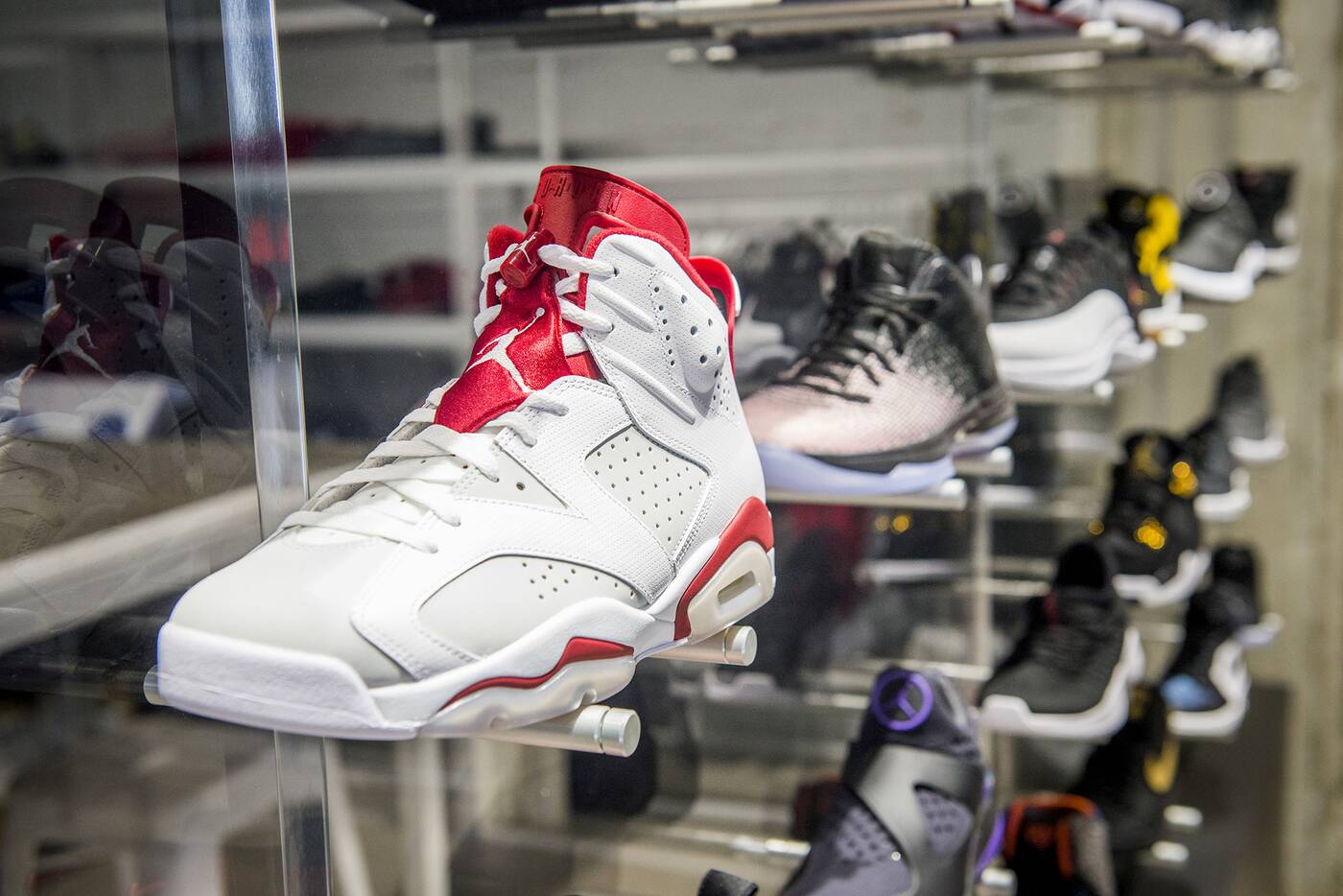 The art on the walls is meant to evoke the city as well, including striking photographs of local basketball courts by Jamal Burger. 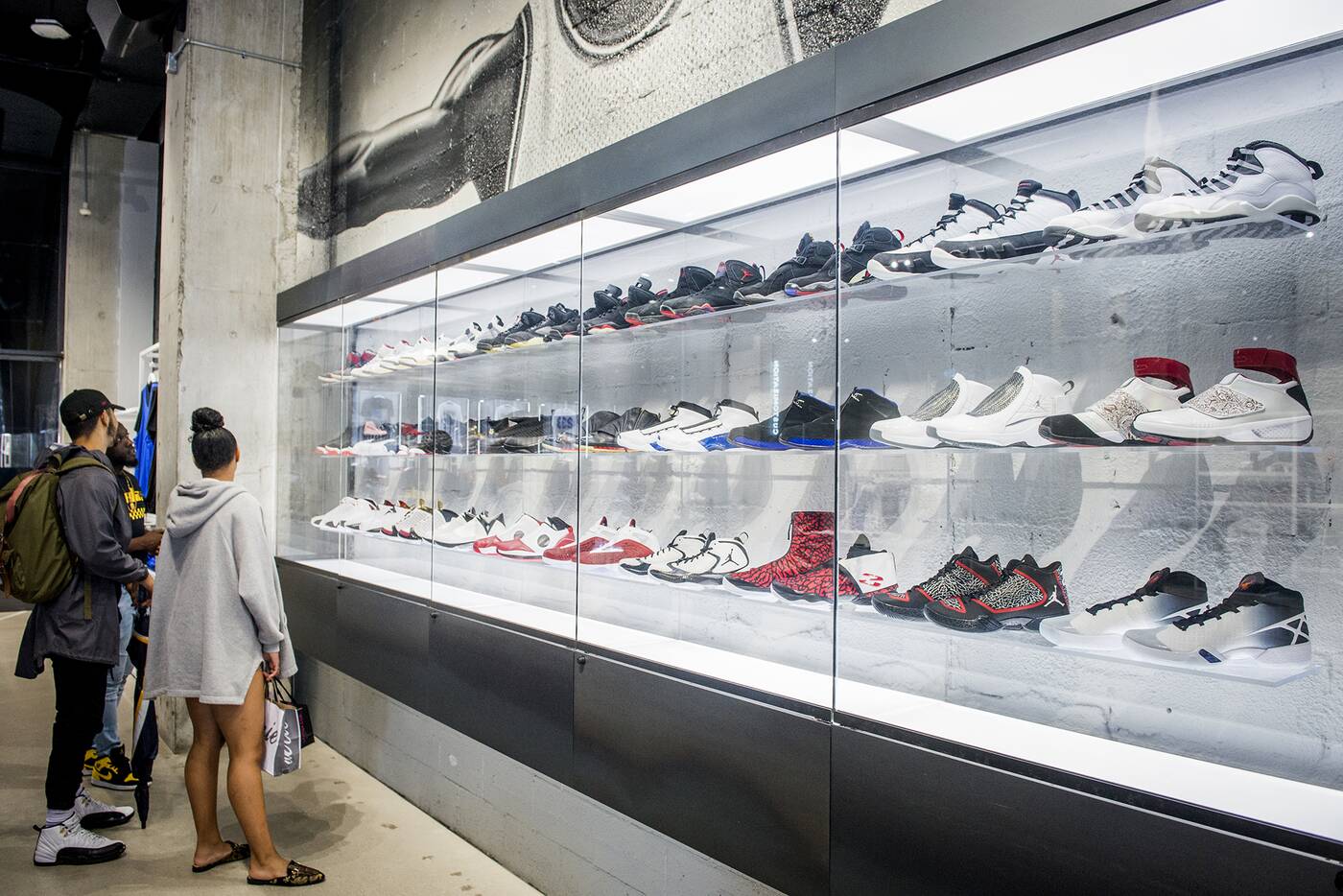 A giant mural on the wall was hand-painted by the same artist that did the mural for the Chicago Air Jordan store.

It stretches above the “Jordan genealogy wall,” a display case where you can take a look at the yearly drops of Air Jordans from One through to 31 if you’re looking for a bit of a history lesson along with your browsing. 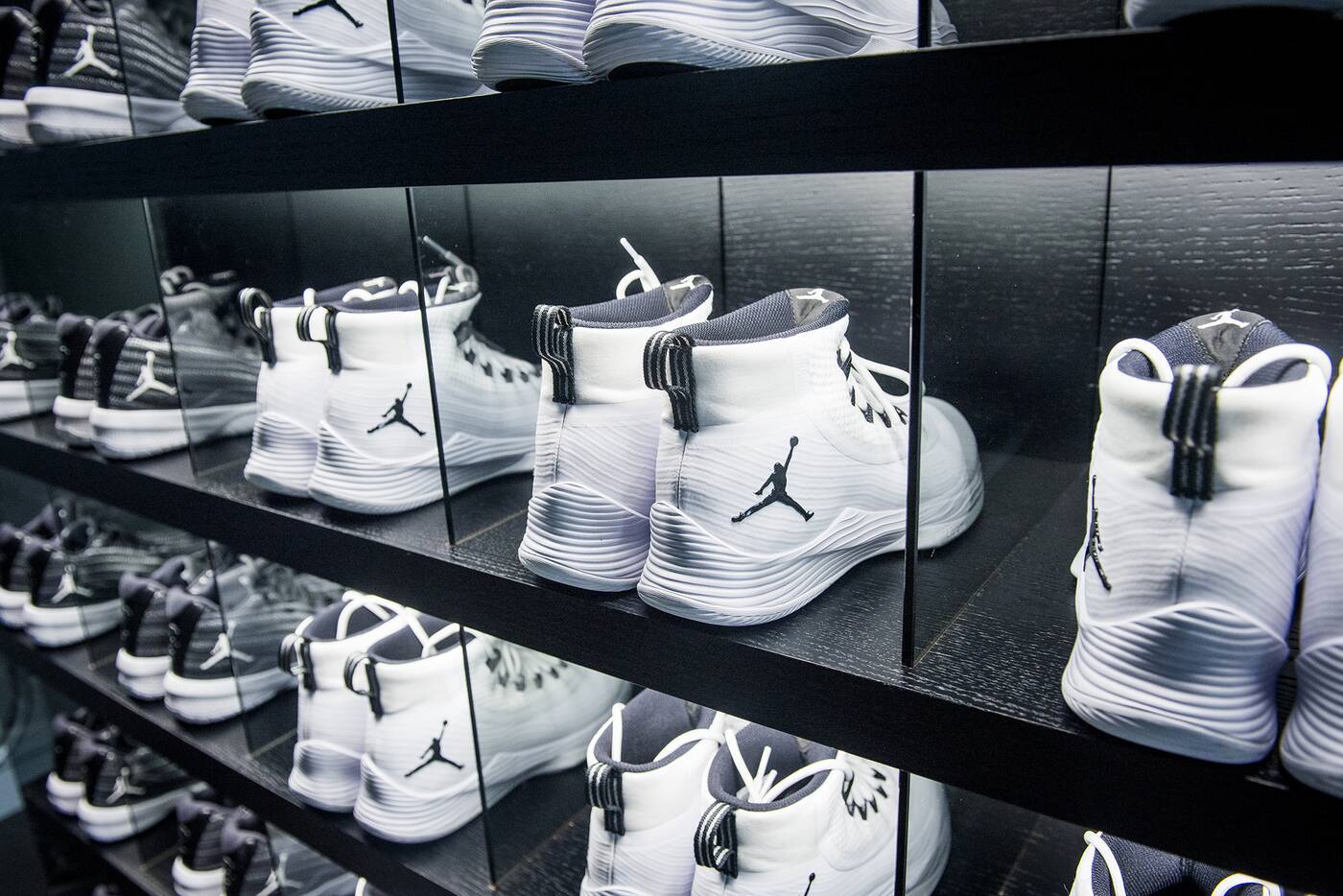 Athletic shoes in a dizzying array of styles could land you anywhere from around hundred bucks to somewhere more around $400, depending on your taste. 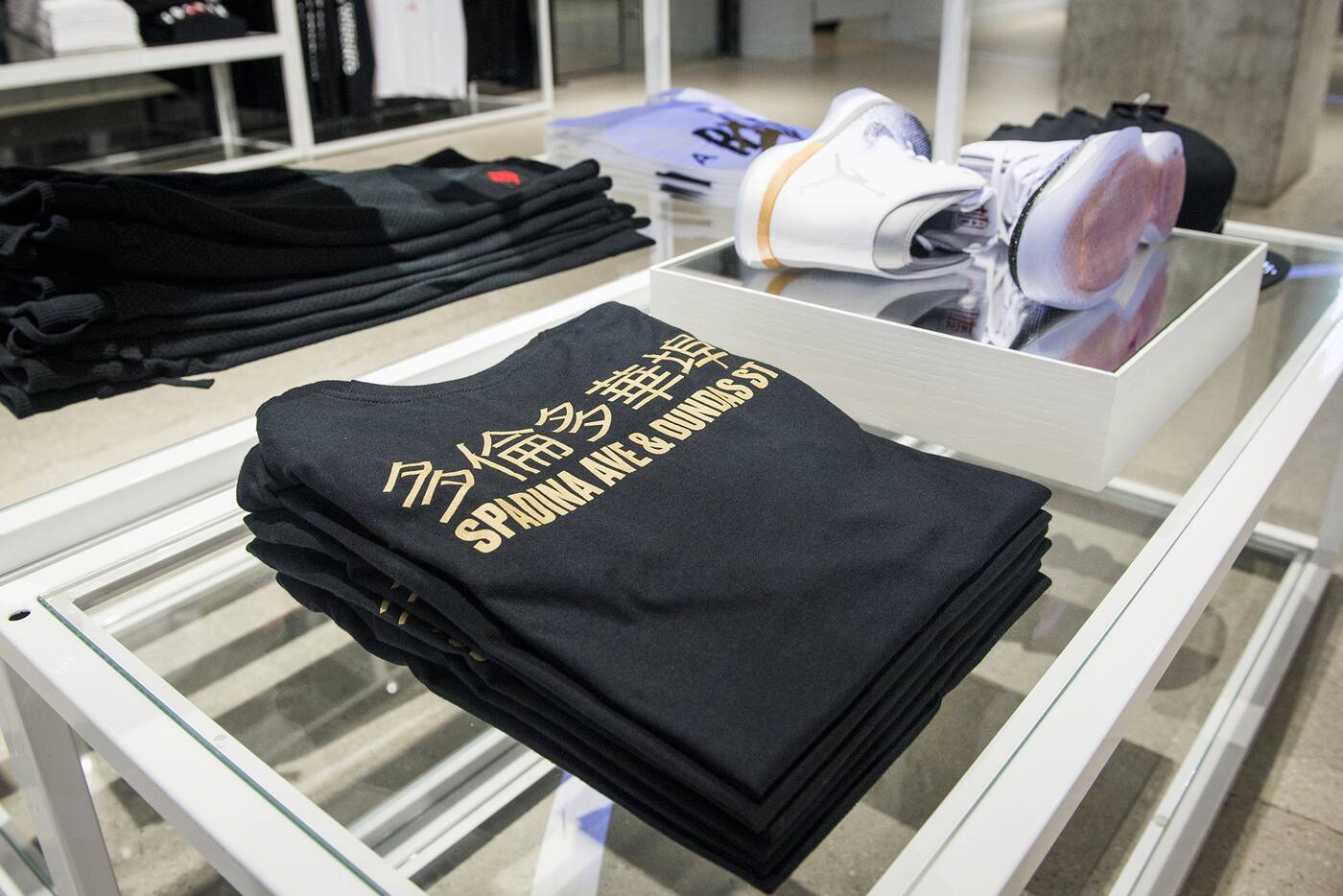 Among the Toronto-specific merch are lots of tees ($42) emblazoned with Toronto neighbourhoods, our 416 area code and images of the CN Tower. 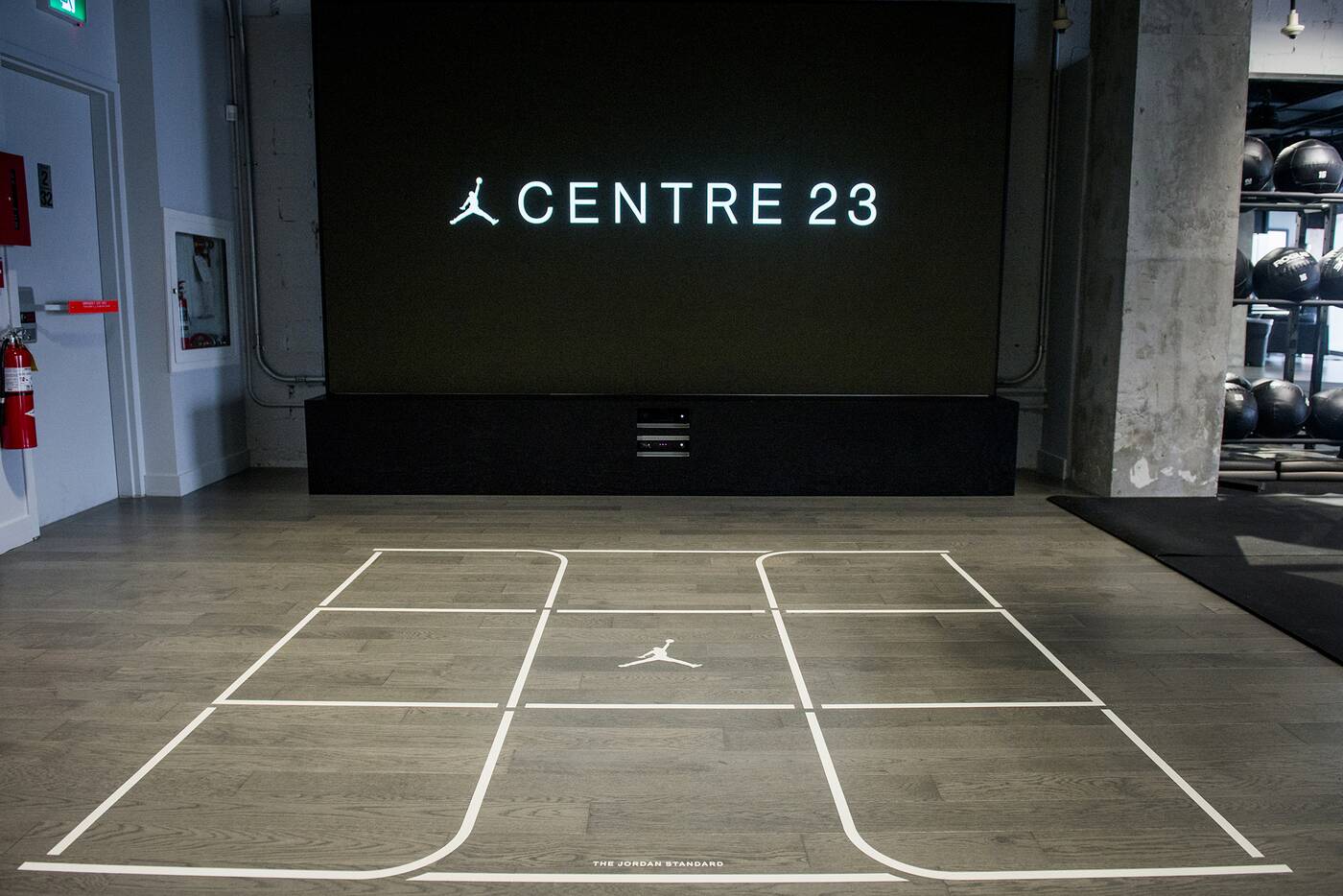 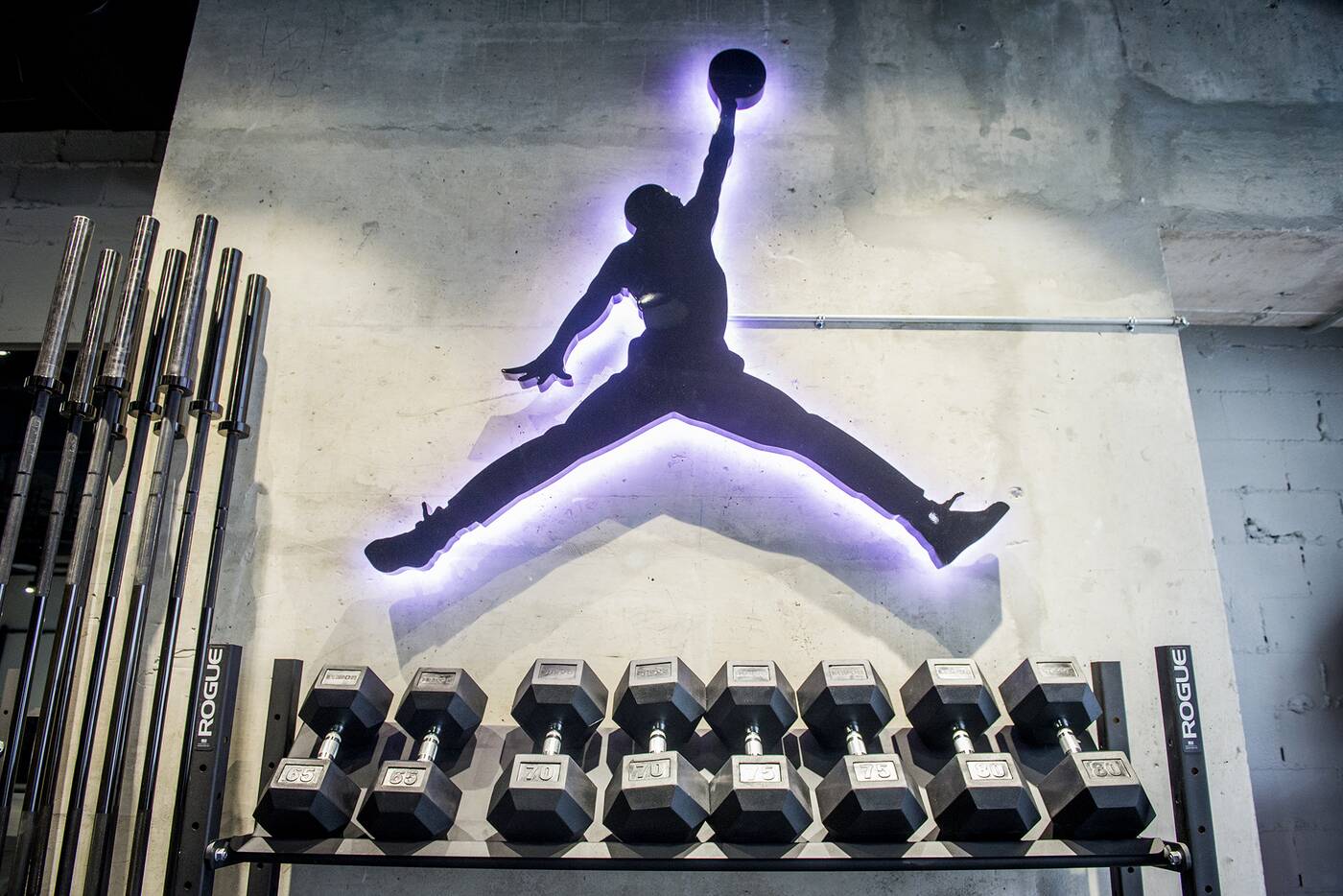 It’s the location of Jordan “Breakfast Club” sessions, inspired by the early morning workouts Michael Jordan used to partake in. 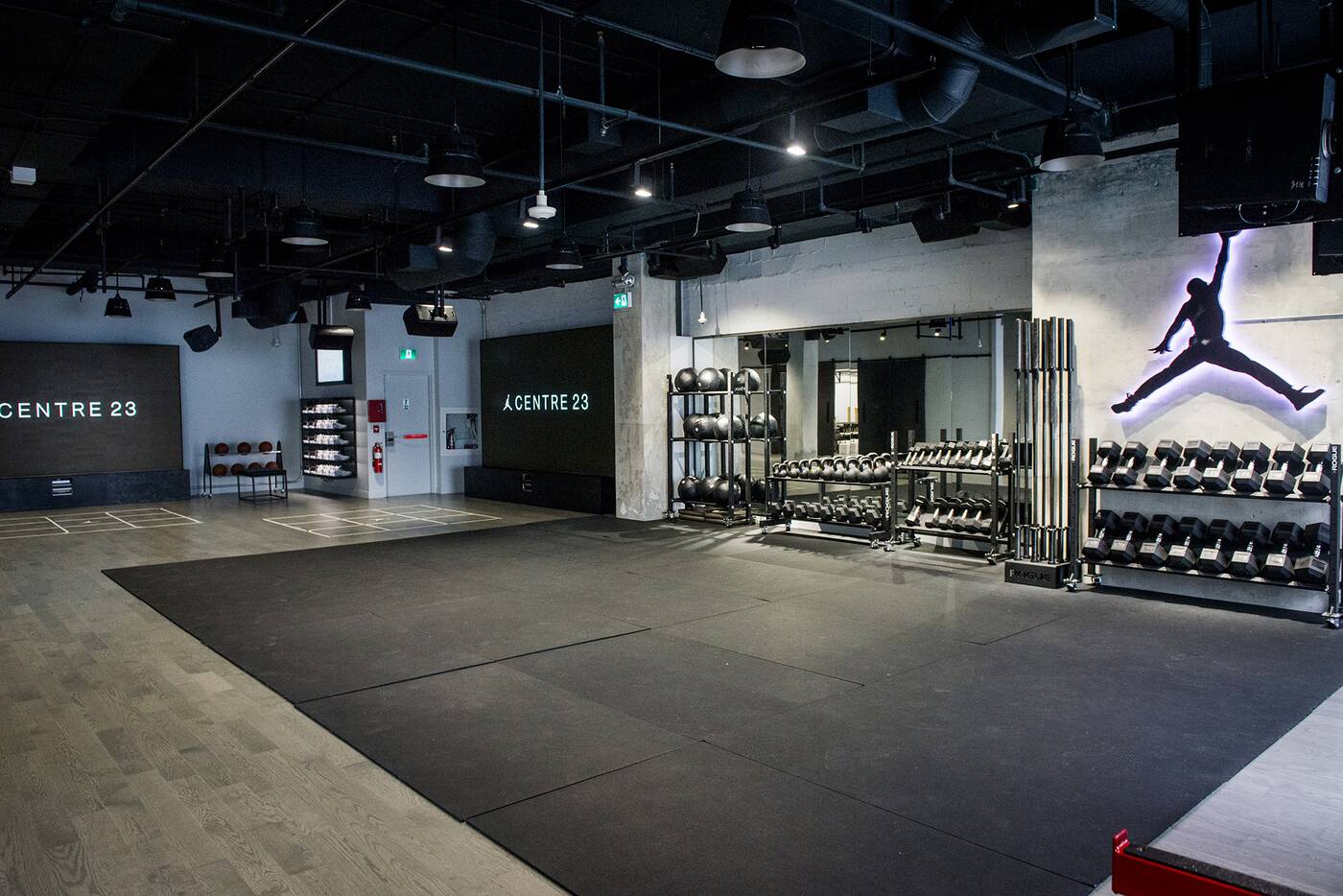 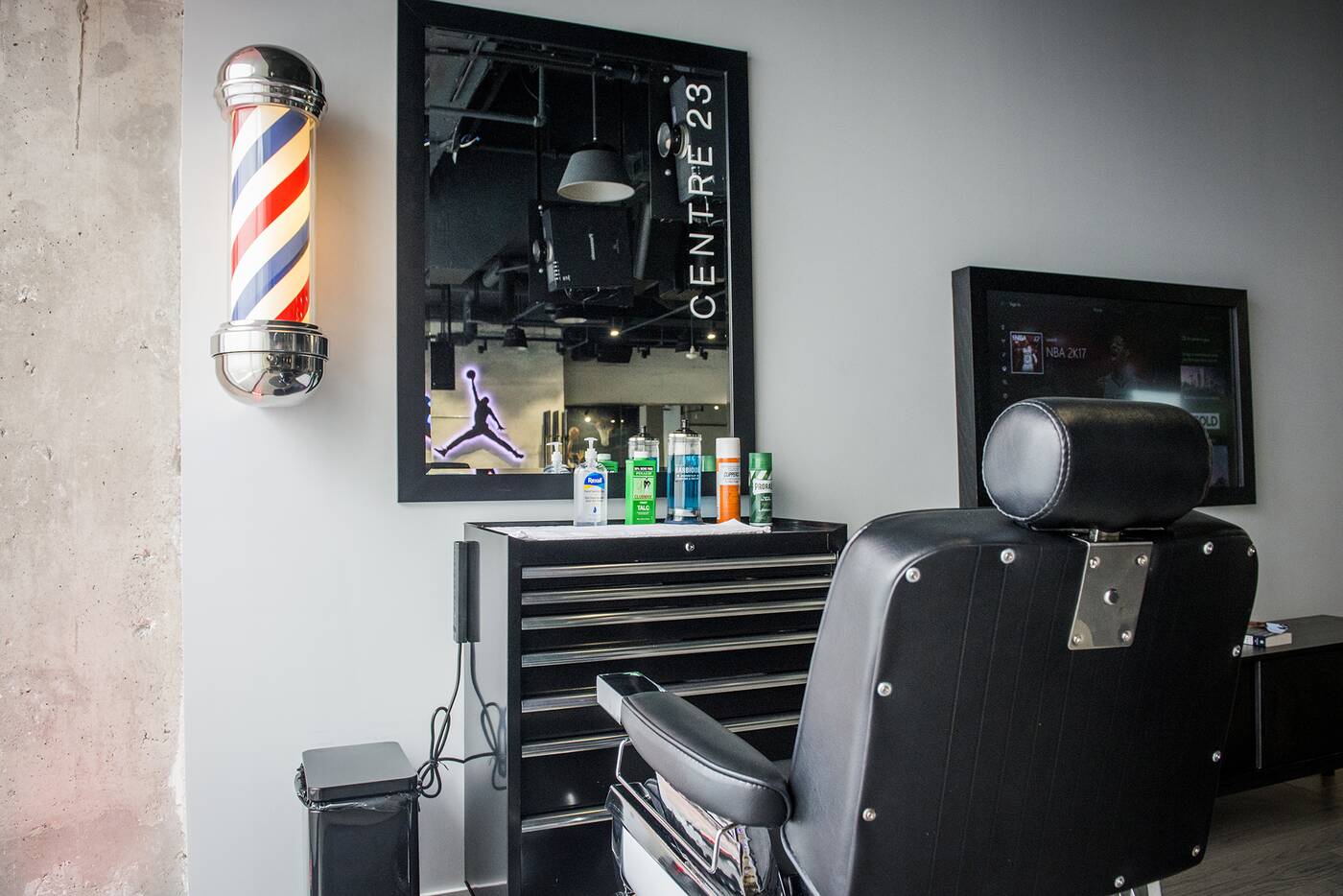 Also part of this area is a sort of chill space where you can freshen up with a new cut from an on-site barber. 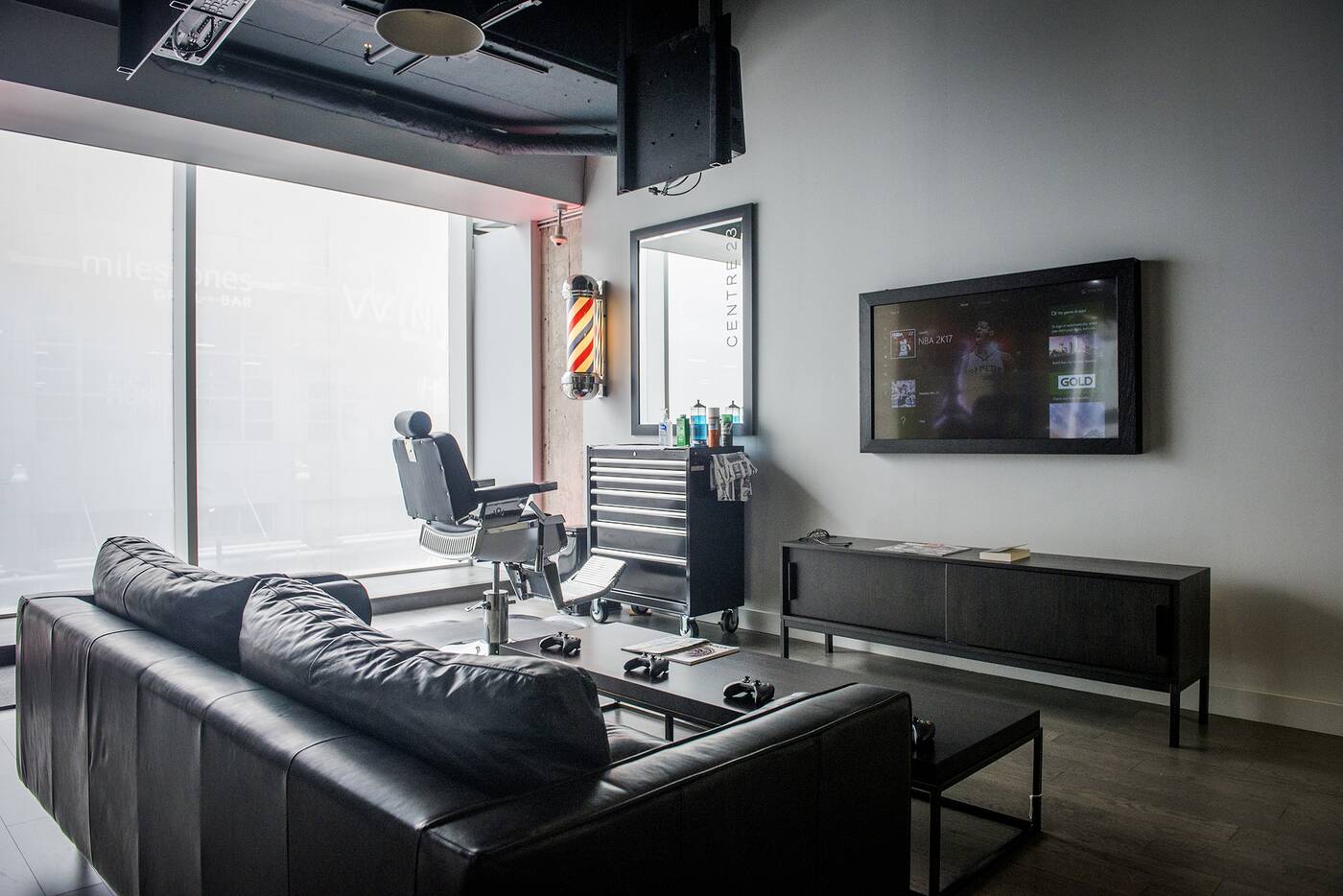 Otherwise, take a seat, kick up those Air Jordans, and play some Xbox. This area gives off a vibe that’s part gym, part barbershop, part your most baller friend’s living room. 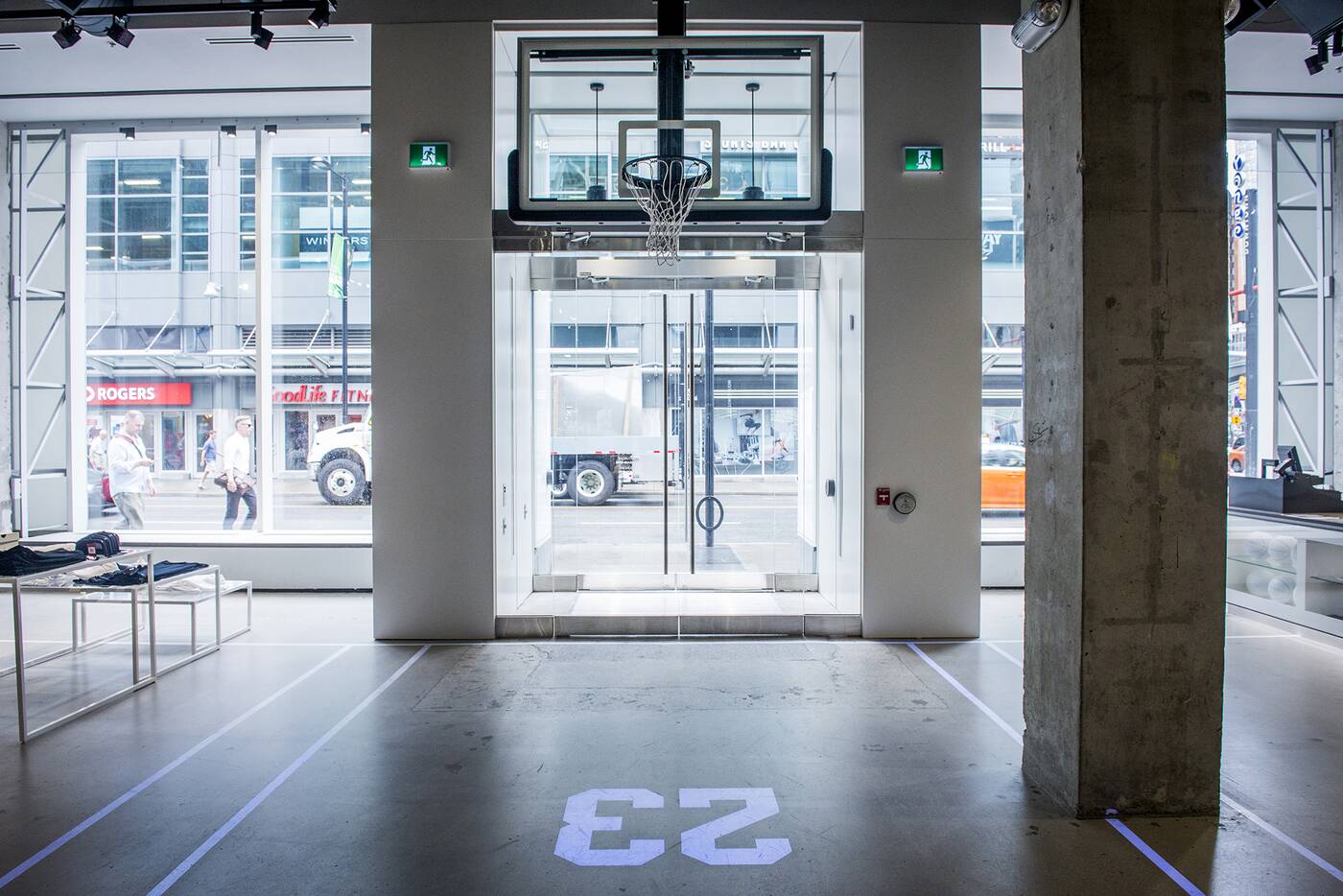 Downstairs, there’s a regulation size court. A lot of the decor is modular so that the downstairs floor can be almost completely open for displays, DJ booths, and events. 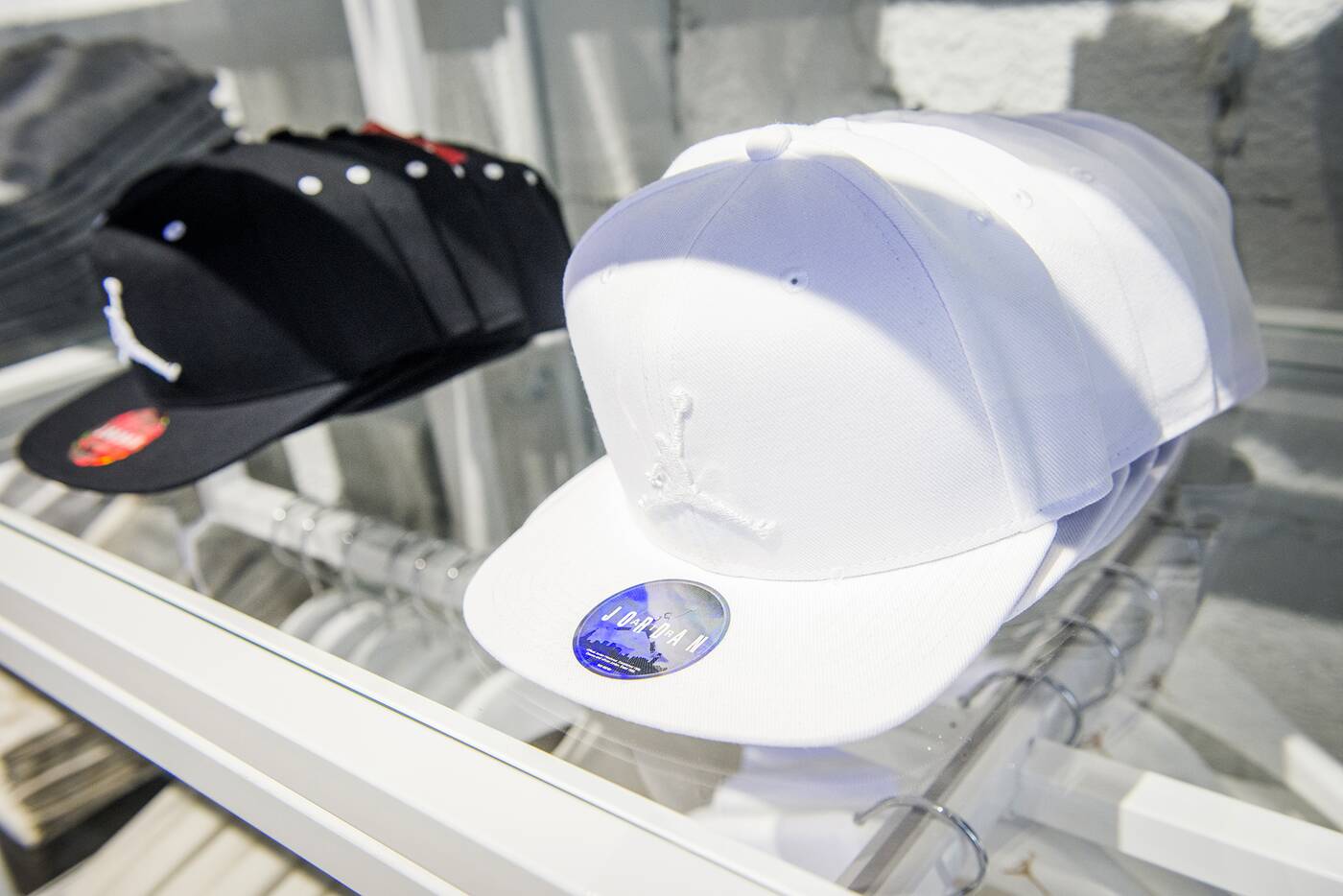 Classic snapbacks ($35) are a good way to get a little of that Jordan shine without breaking the bank. 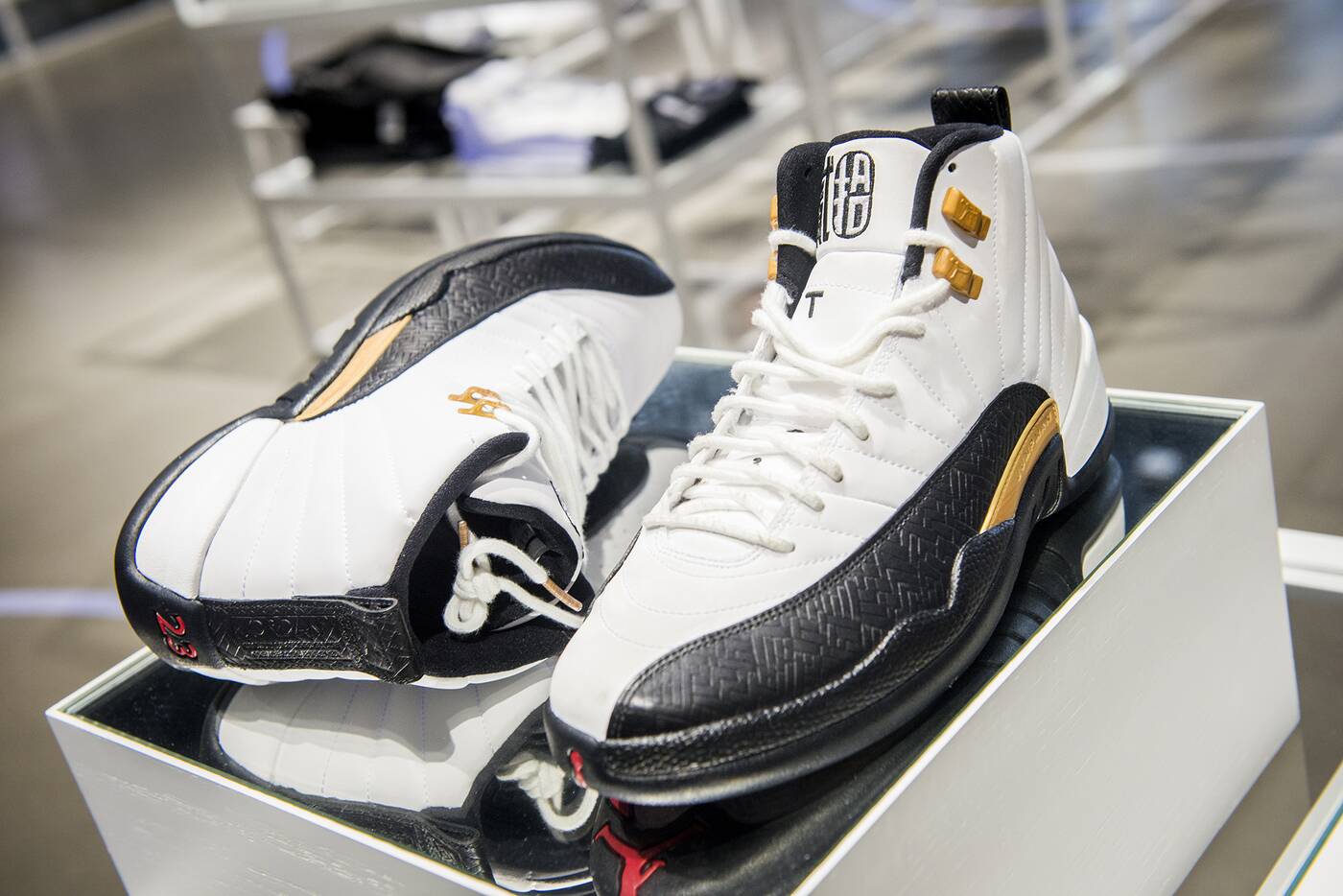 Some of the most special Jordans are on display throughout the space. Notably, there are a few podiums with the pale blue, black, and gold Air Jordans Four, One and Six. 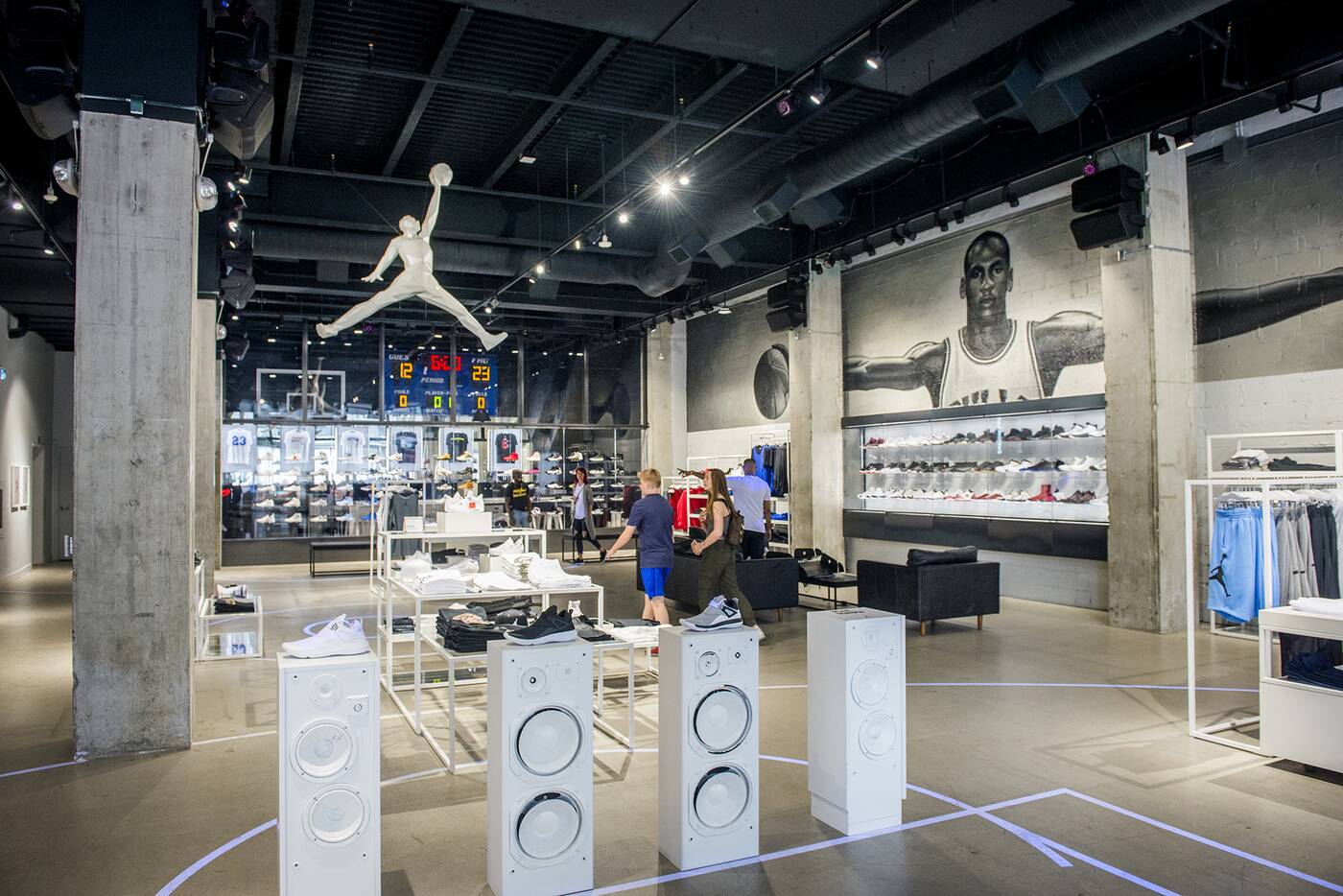 It would be possible to achieve pretty much any look here, from retro to utterly modern, all while repping the Jordan brand and your city. 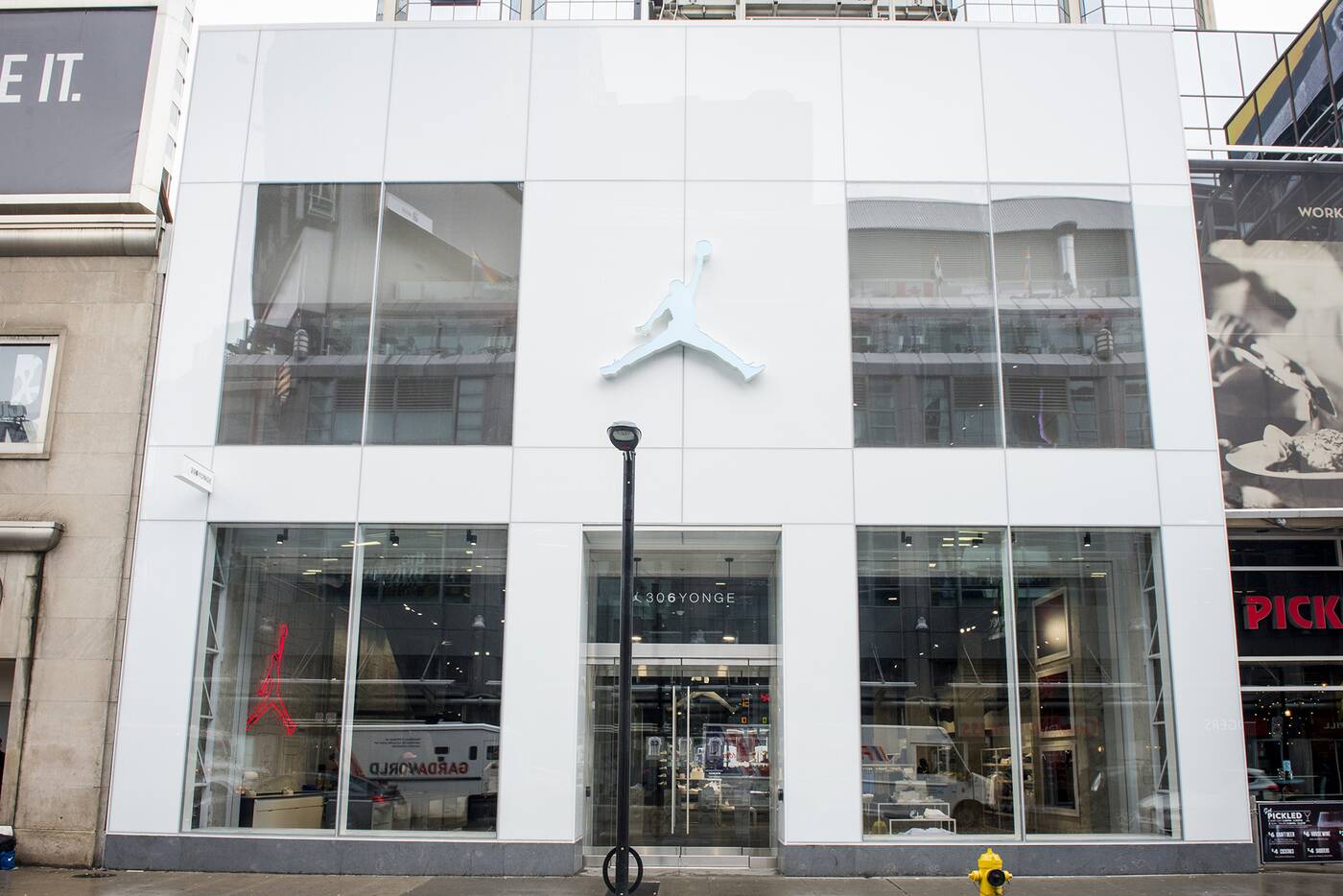