A restaurant chain known for its chicken wings is not winning over any fans with the DineSafe police who have recently flagged three of its locations with a range of health infractions.

Wild Wing, a growing restaurant chain that started in smalltown Ontario but now has many locations across the province, was nailed for infractions at its restaurants at 1617 Wilson Avenue, 675 King St. West and 2819 Kingston Road.

The worst hit among the chain was the location near King and Bathurst that received a whopping 10 infractions on Jan. 6 including three crucial infractions including "food premise maintained in manner permitting adverse effect on food." 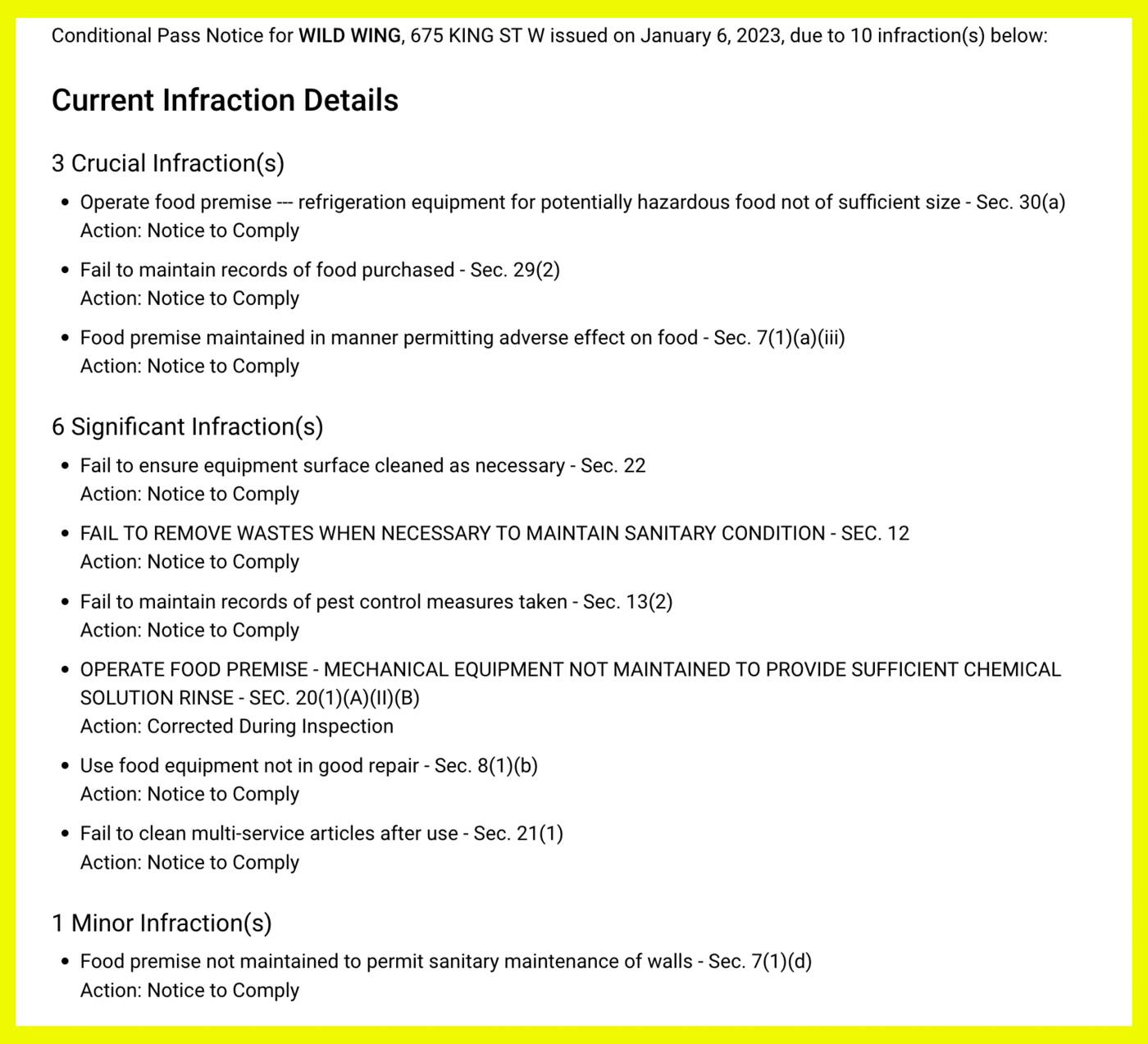 The Kingston Road location was spared by comparison with only four infractions including "fail to provide handwashing stations with adequate supplies." 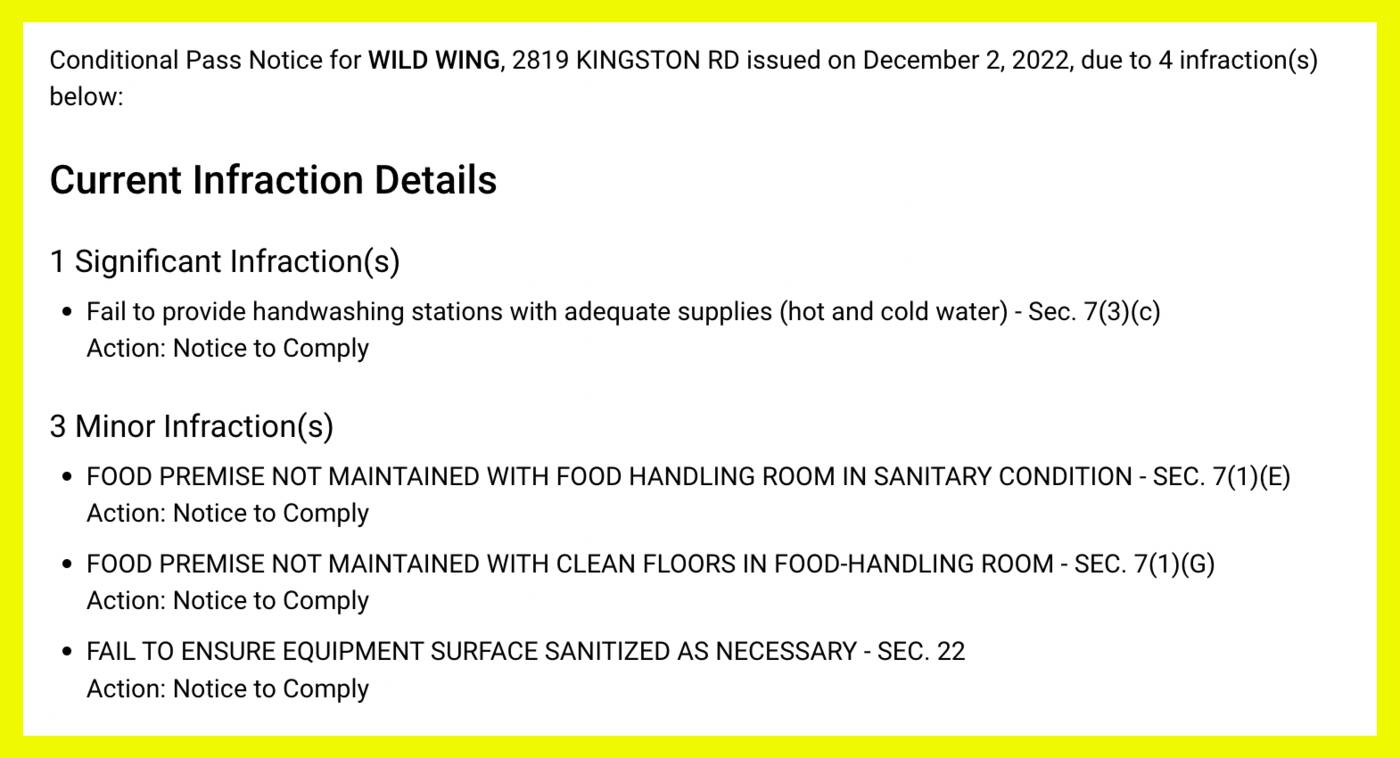 The Wilson Avenue location received two significant infractions including "fail to protect against breeding of pests."

Luckily for Wild Wing, health inspectors chose to give each location a conditional pass so they didn't need to shut down.