Toronto is still divided over digital menus despite their benefits

Toronto's restaurant scene has drastically changed since 2019. From a change in how we eat, where we (can) eat and even how we order our food.

Around this time last year when you opted to eat out at a local restaurant, you probably had to pull up a menu on your phone by scanning a QR code from a tabletop sign or sticker.

This process eliminated unnecessary contact with a physical menu which helped businesses with doubling down on facilitating touchless service during the pandemic. 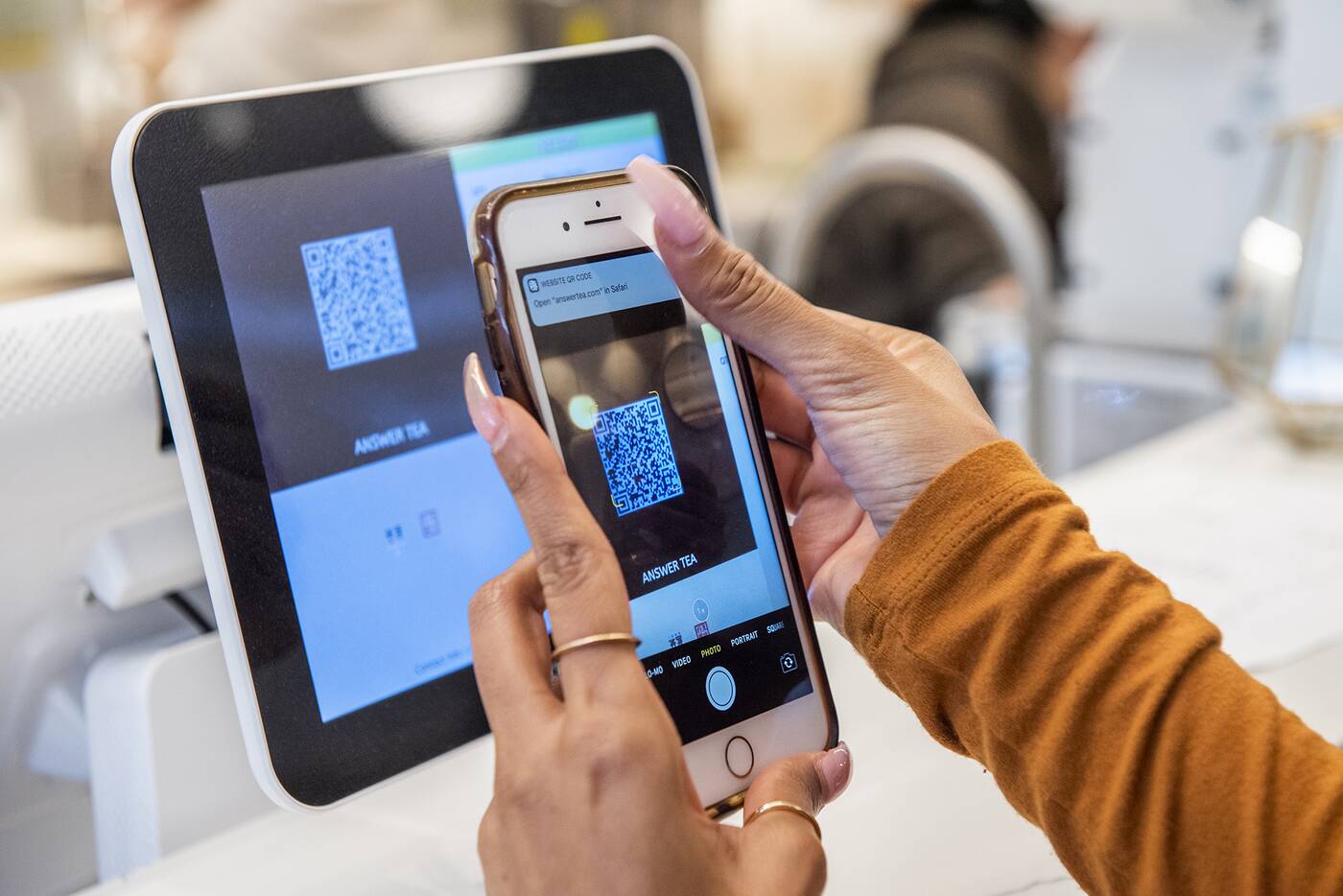 Many operators employed a QR code for customers to use during the pandemic. Photo by Hector Vasquez at Answer Tea.

But as our world attempts to return to a place of dining 'normalcy,' are QR codes here to stay?

For some restaurants, the answer is yes. For others, it's a bit more complicated of an answer than you would guess. 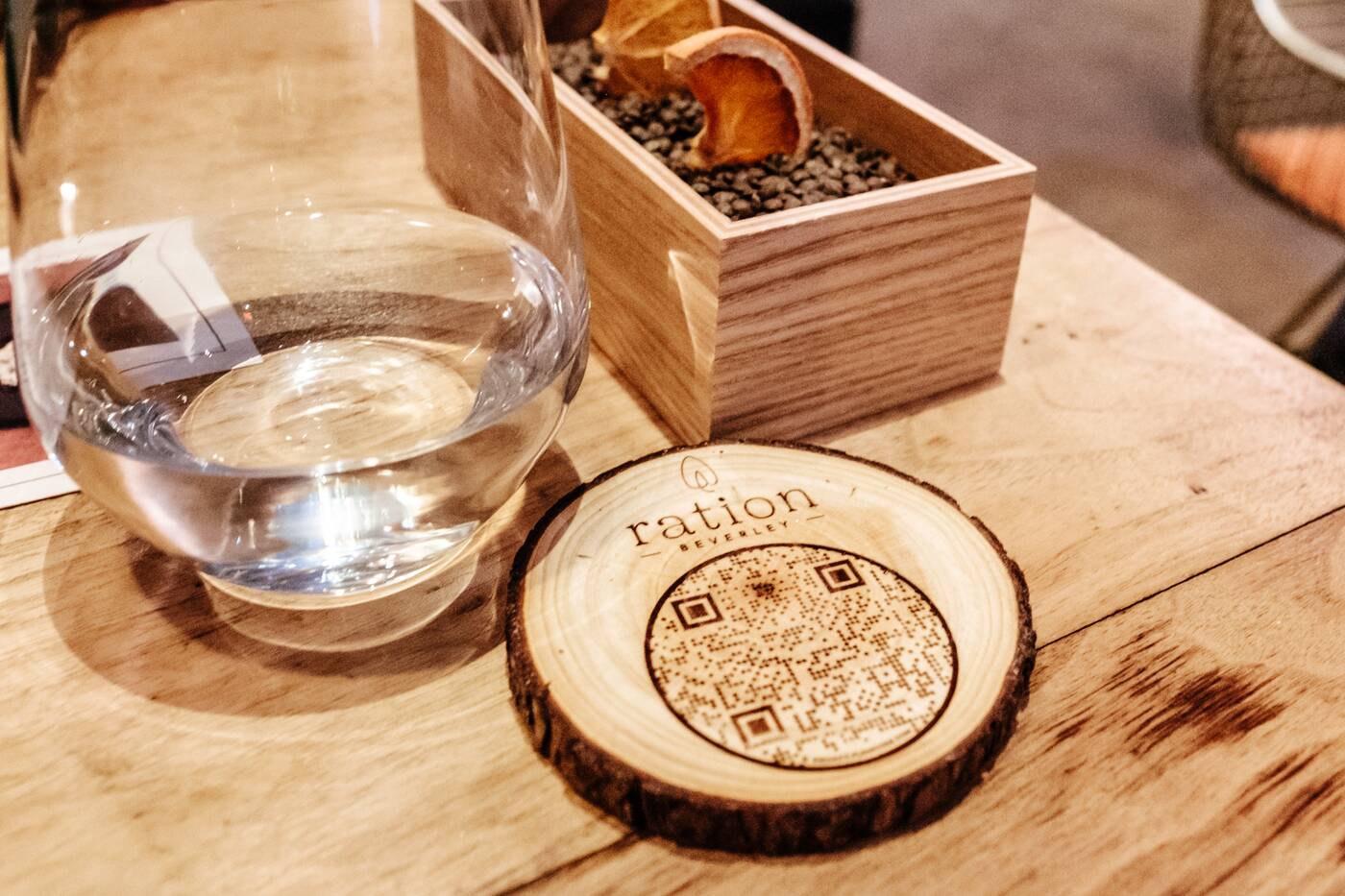 The QR Code coaster at Ration Beverly brings up their digital menu. Photo by Renee Suen.

Opened in November 2022, just months before Ontario's final lockdown, refined dining restaurant Ration Beverly at the Sonder The Beverly welcomed their clients with a seasonal and locally-sourced menu that's accessed through QR code.

Ration Beverley aims for a zero-waste operation and opting for a digital menu instead of paper helps to meet that goal.

"We change our menu on a daily basis and only offer seasonal produce. Having a QR menu allows us to literally make changes daily and it wastes no paper or ink," said Wes Barber, co-founder and general manager.

But what do customers think?

Diners who are visually impaired might prefer a QR menu because they can zoom in and brighten text on their own phone.

Have you ever gone out to eat in a mood-lit restaurant and - let's say - your mom has to turn the flashlight on her phone to read the menu? (Hi, mom!)

QR codes eliminate those embarrassing moments. (As long as your mom can figure out how to open the code in the first place.) 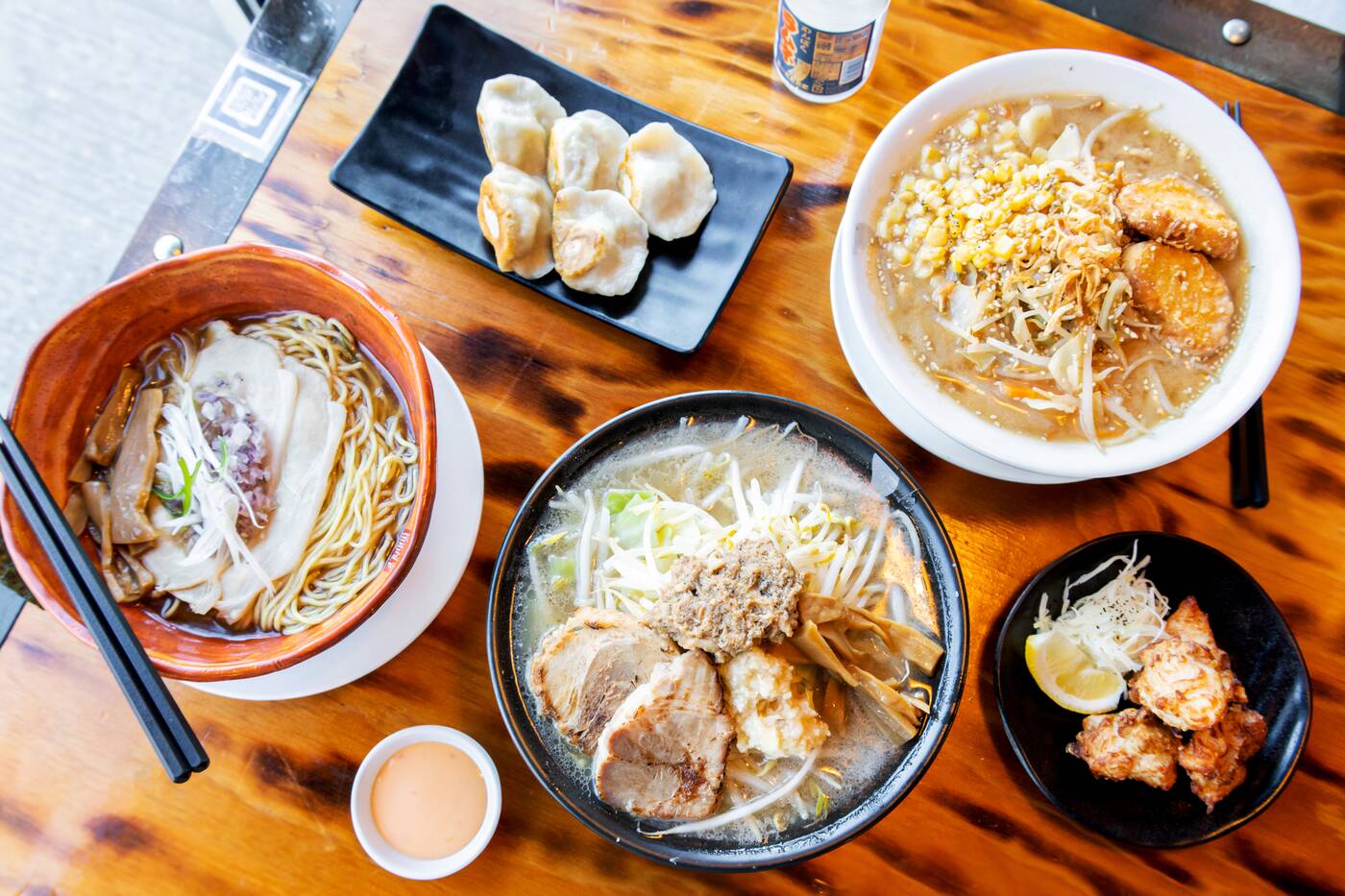 Ramen Buta-Nibo on Danforth Avenue has a QR code sticker on their tables that customers can use to access their digital menu. Photo by Fareen Karim.

Jordan Milks, a server and bartender with years of experience under his belt at Toronto bars and restaurants (including Pauper's Pub, Duke's Refresher and the Loose Moose) said that while a majority of customers had no problem with QR codes, others weren't so keen.

"It's around 70 per cent who love it, but a good chunk of people still preferred having the paper menu," he tells blogTO.

Whether it was a technological or visual impairment situation, Milks has seen all possible situations.

"For some customers, it's the tactile feel of the menu they miss."

Ask for his perspective as a dedicated staff member who often worked with an understaffed team, having lamented or physical menus that had to be carefully wiped down back-to-front after each use took away precious minutes from taking care of customers.

"There are definitely benefits to QR codes, mostly because it's relatively convenient, especially when we have to wipe down menus in between seatings. At busy times those extra seconds very much matter," he said explaining that a table of five people means there are five menus and a cocktail menu to clean thoroughly without missing any nook or cranny. 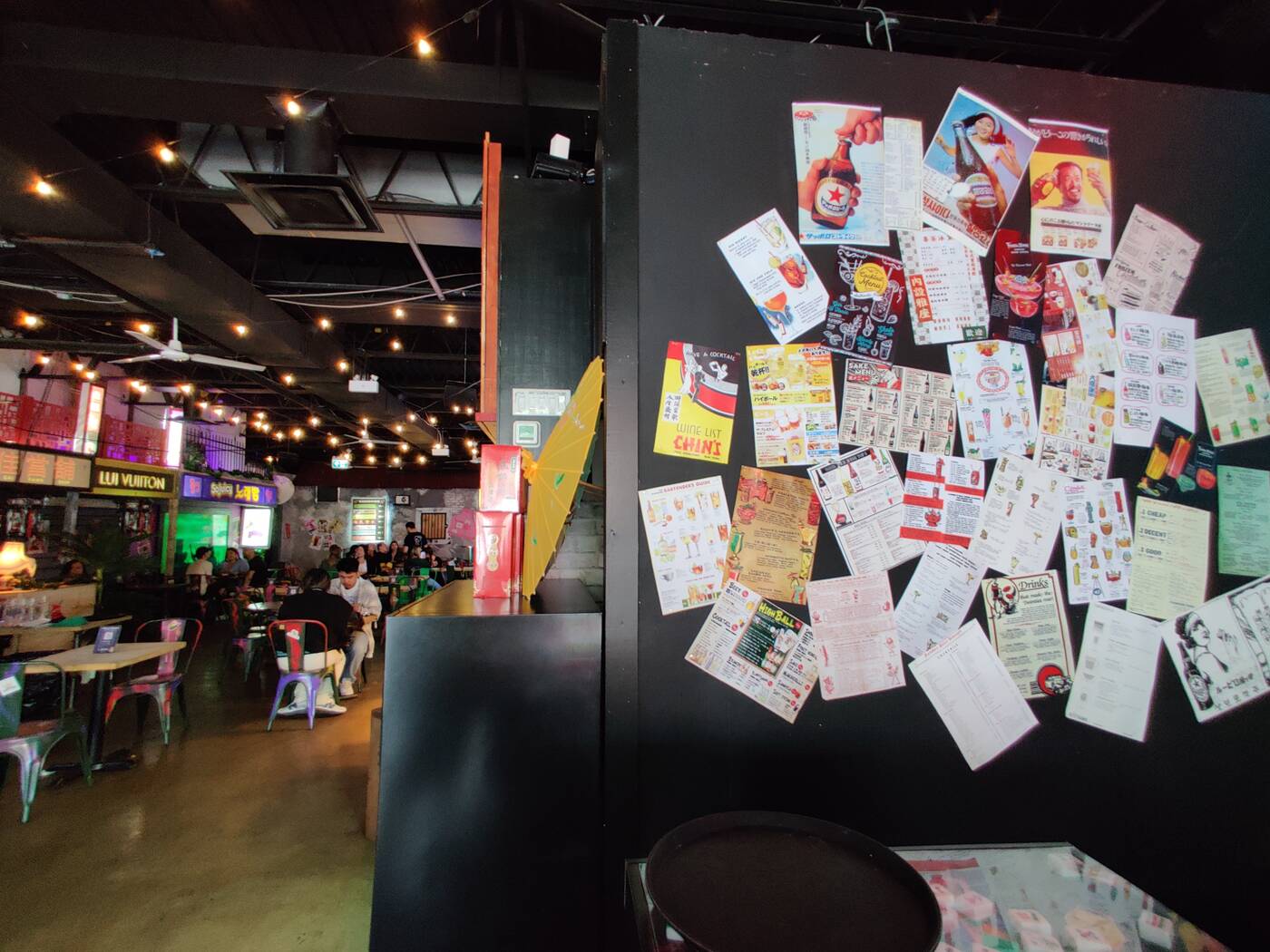 The only paper menus at Superfresh are part of the eclectic decor which features printouts of old menus or takeout menus.  Photo by Renee Suen.

But there are some places that simply cannot operate using paper menus. Take for example Superfresh on Bloor Street, an Asian night market-inspired food hall.

With seven vendors housed within the 4,000-square-foot food space, it isn't only inconvenient but highly inefficient to provide each customer with seven menus - which often change week by week.

That's why Superfresh has its own QR code system in place, where customers can order from the same digital menu, sending orders back to the kitchen.

Though it sounds very straightforward, business partner Trevor Lui says it's far from easy for people who don't like technology or don't understand it.

"There are some people who only want to see a paper menu because they don’t want to navigate any technology or they think their proprietary info is being stolen or being stored," he told blogTO.

When a situation like this arises, Lui says that customers who don't have a phone or who aren’t tech-savvy can still order. Staff will work with customers to walk them through options and help them place the order themselves.

But even though a majority of customers enjoy the system, Lui is working on smoothing out any bumps, making sure each and every customer has an enjoyable experience.

"Even if it's only five out of 100 customers who are unhappy [with the system], that is still five customers who [might not] come back," he said.

This is why the system may be slightly tweaked in the future, toying with more "intentional offering methods." 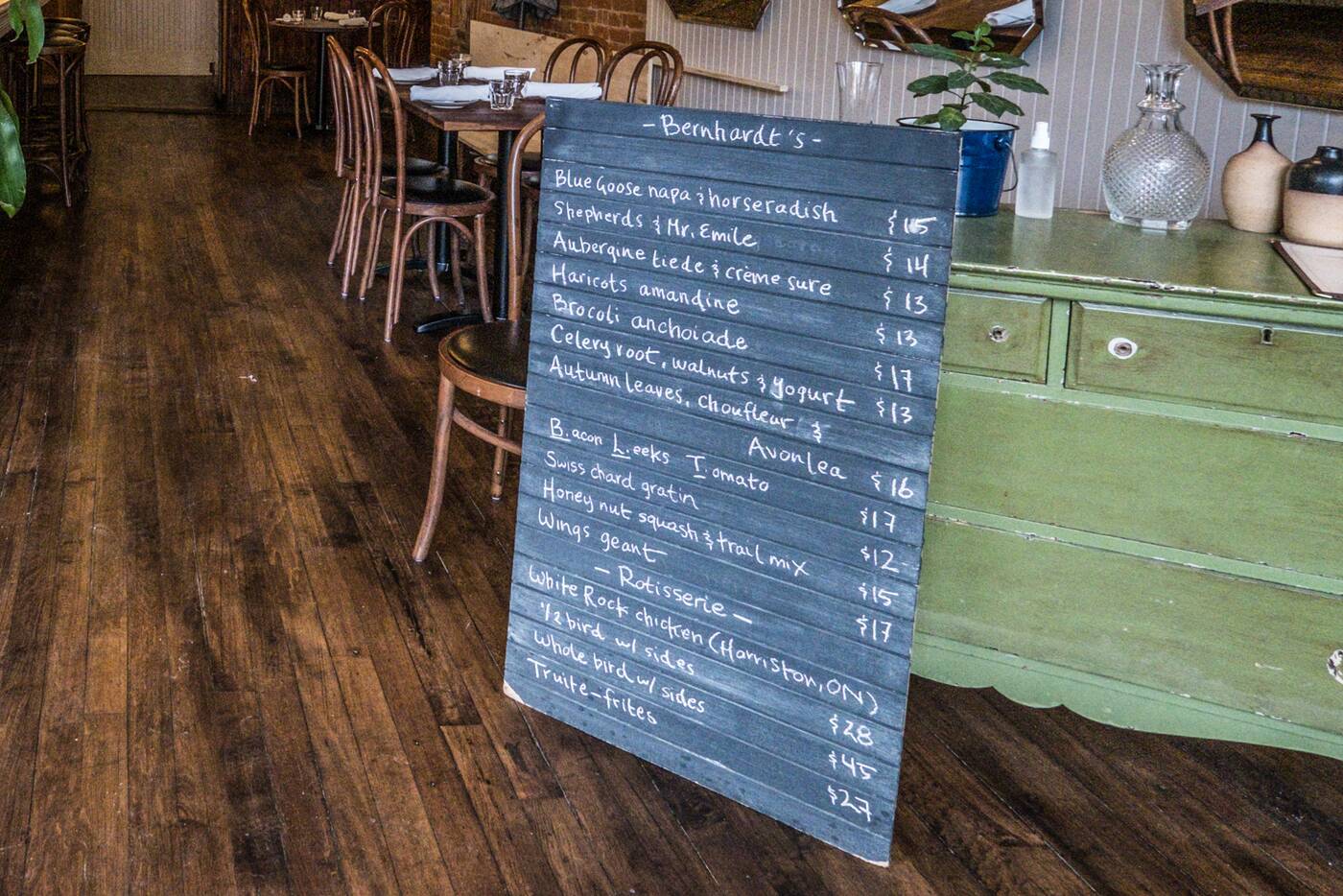 Some restaurants, bars and cafes have always used chalkboards instead of paper menus such as Bernhardt's on Dovercourt. Photo by Renee Suen.

So despite your stance on physical menus or QR codes, it's safe to say that they'll be sticking around in the future.

There also isn't any cause for concern; I guarantee a restaurant won't turn you away just because you prefer a physical menu. After all, a customer is a customer at the end of the day.