Buddy Valastro, the owner and Cake Boss behind Carlo's Bakery, just came to Toronto to greet fans and stop by his two locations in Toronto and Mississauga.

Carlo's Bakery originated in New Jersey, with history dating back to 1910 passed down through the generations. The bakery gained notoriety with the hit reality TLC show "Cake Boss," which featured incredible gravity-defying cakes made by Buddy and his family.

Carlo's Bakery opened their first Canadian location last January in Port Credit, with a second express bakery opening this past fall in Yorkville. 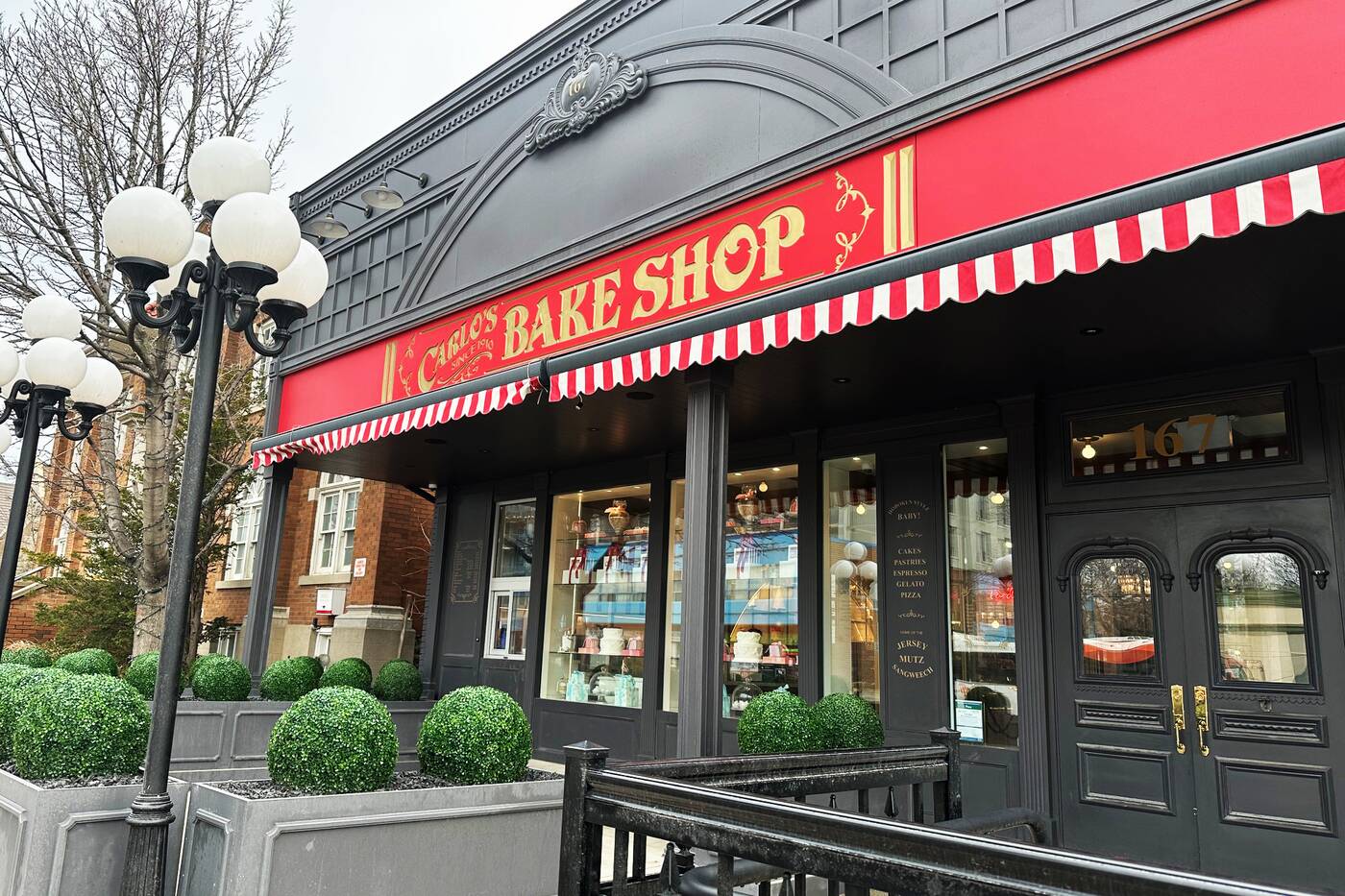 Carlo's Bakery in Port Credit is the larger of the two Canadian locations, offering all of Buddy’s world-famous desserts and cakes, sandwiches, hot beverages, gelato, a pizza counter, and even merch.

Despite his huge success from Cake Boss and international expansion of his bakeries, Valastro is still very much involved in the business, often working in his stores alongside his employees.

Valastro stopped by his Port Credit location and helped to decorate some of their elaborate pastries before meeting with fans. "I love Toronto," he said, "the people are the best." 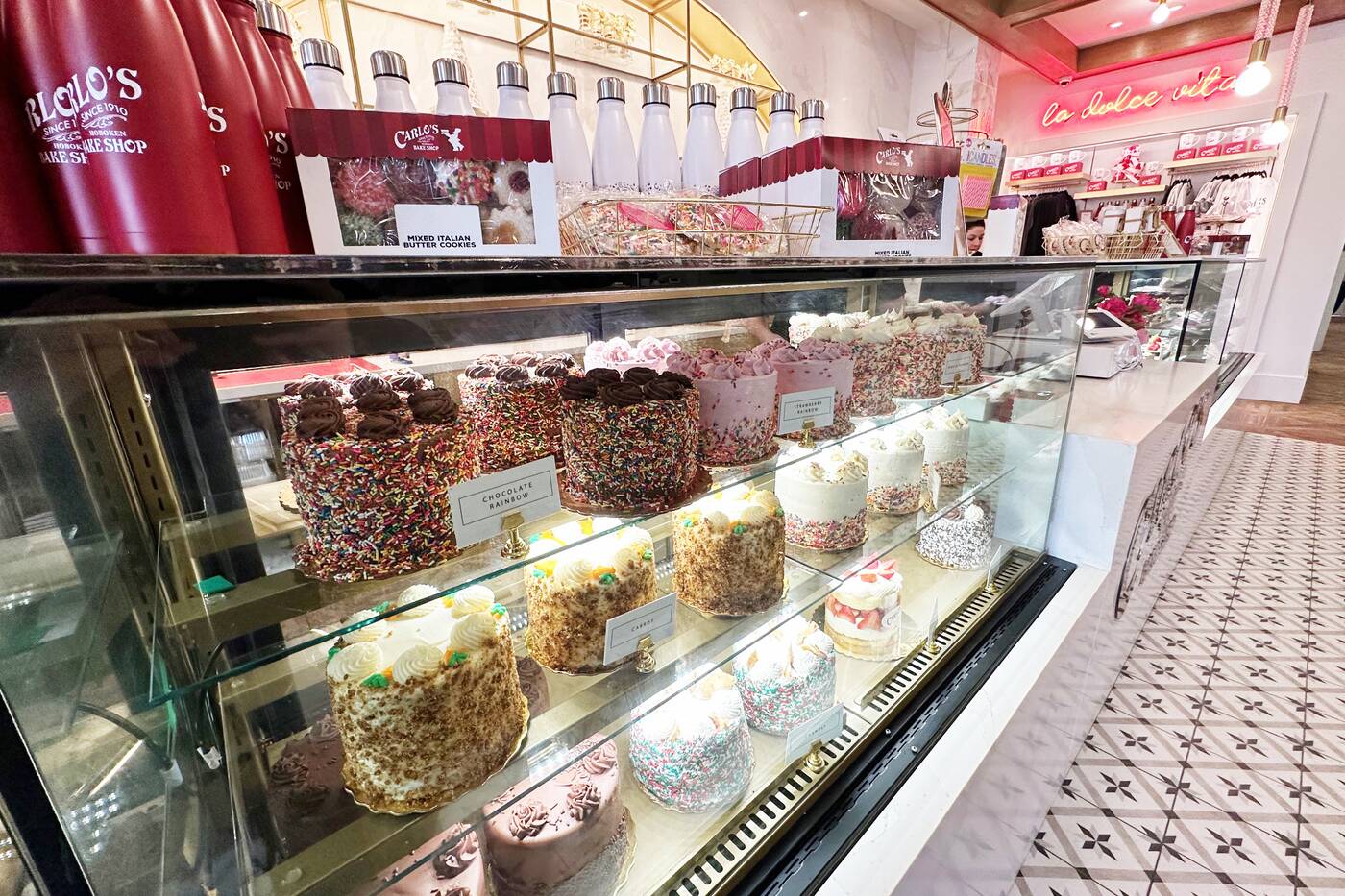 The bakery has premade cakes good to go, or you can book a custom cake consultation for special events.

Valastro also showed me some of the bakery's newest offerings, including chocolate cannoli filled with peanut butter cream and coffee-flavoured eclairs dusted with espresso powder.

He said that they plan to keep introducing new pastries and flavours to their bakeries, now that things are more or less back to normal post-pandemic. 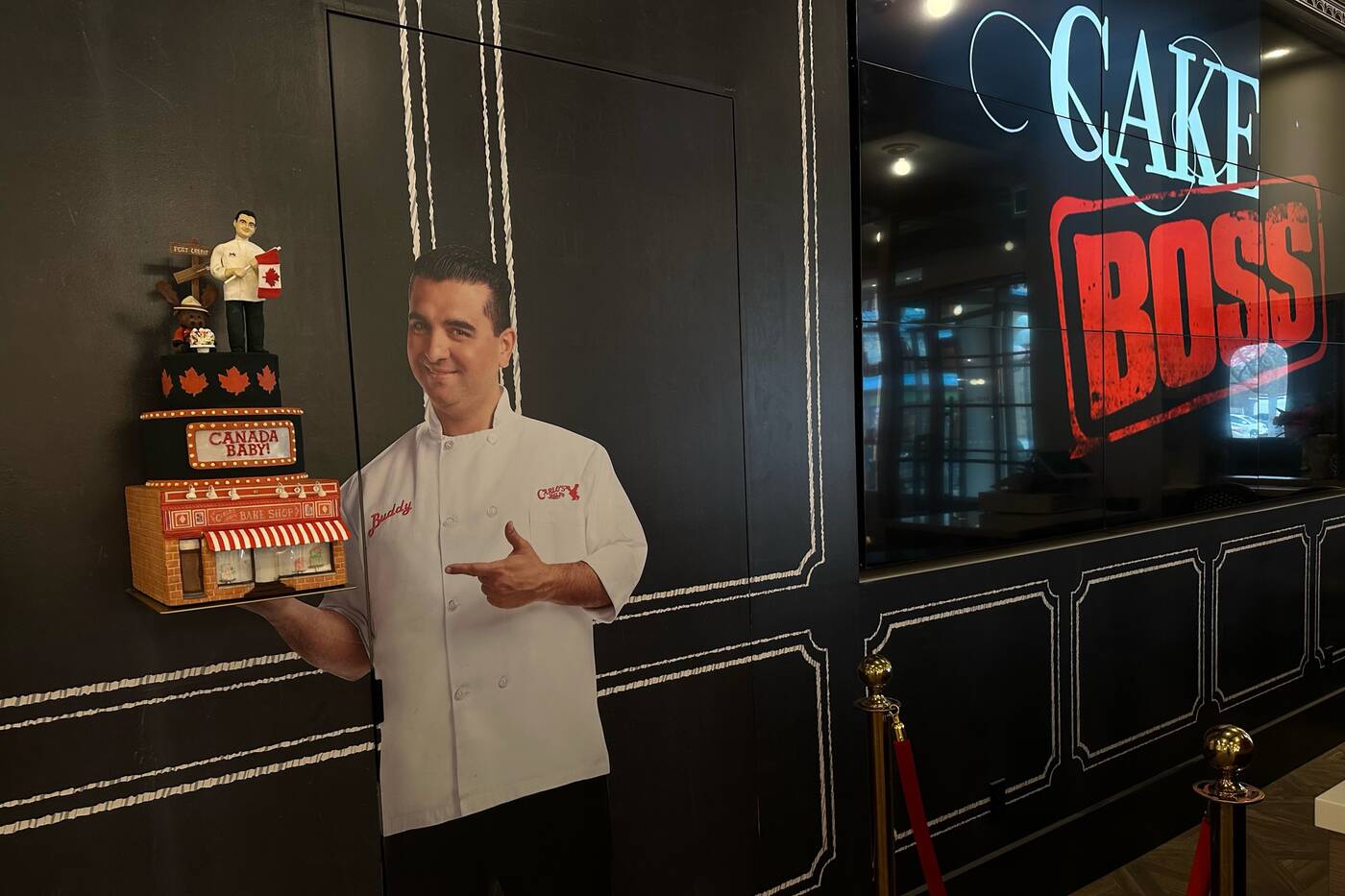 At their Port Credit location, you can snap a selfie with a life-size Buddy Valastro, or watch reruns of old Cake Boss episodes while you enjoy your dessert.

"During the pandemic, there wasn't as much foot traffic coming into our stores and we ended up throwing a lot of things away. Now that COVID is over, we're finally able to put all the stuff we've been working on out and that's really exciting," Buddy told us.

While the Yorkville location is the newer of the two, the Port Credit location is larger and includes all of Valastro's world-famous desserts and cakes, sandwiches, hot beverages, gelato, a pizza counter, and even merch.

His cakes may be the main attraction, but Valastro is also a fantastic cook. You can get an idea by trying a slice of his bakery-style "boss" pizza, layered with Carlo's famous "mutz" (AKA mozzarella cheese) and provolone, topped with pepperoni, sausage, meatballs and bacon. 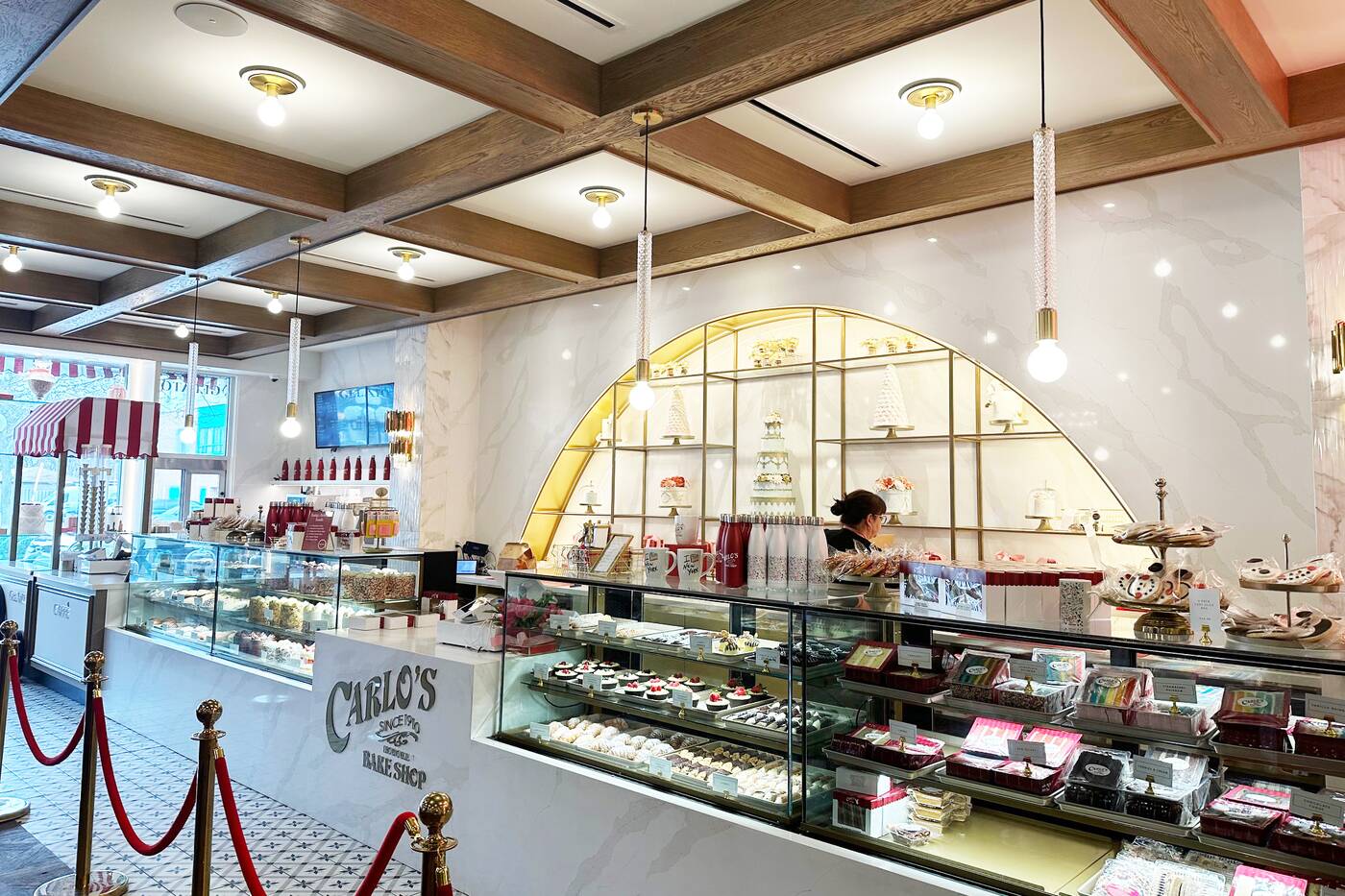 The beautiful dessert counter has everything from Buddy's famous loster tails, cake slices, and new flavours of cannoli and eclairs.

Unfortunately, not all Carlo's Bakery locations currently carry the pizza, but Valastro says, "We're working on it!"

Like a lot of his other recipes which have been passed down through the generations, the pizza uses a 50-year-old family recipe for the freshly made mozzarella used on the bakery's pizza and sandwiches. 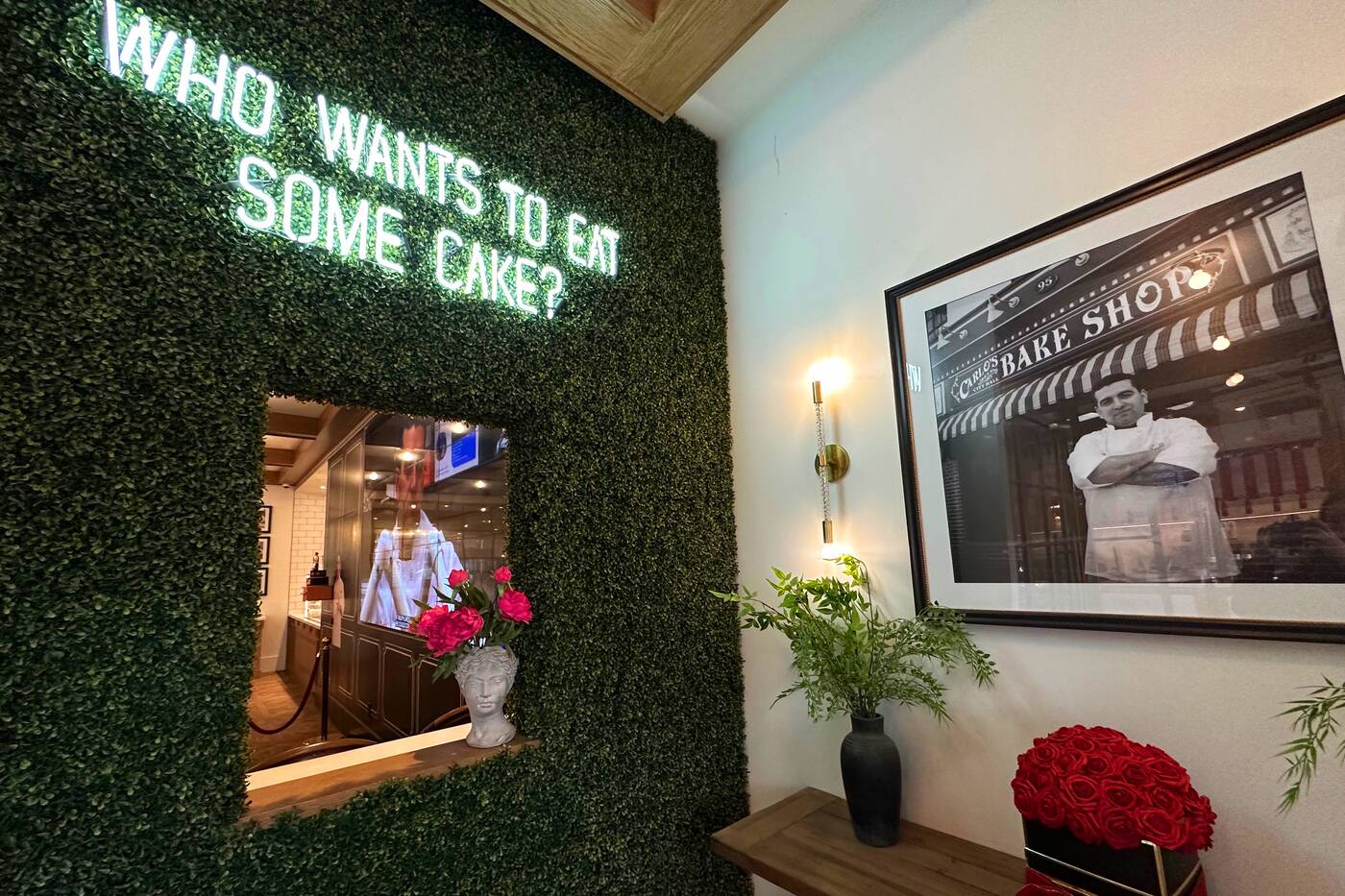 The shop is filled with Instagrammable decor and corners to snap your best selfie at.

It's obvious that family means everything to Valastro, with his son Buddy Jr. even joining in yesterday with the pastry decorating.

I asked Valastro if he's the Cake Boss, who makes his birthday cakes? - "Mom!" chimed in Buddy Jr. "She makes a box cake every year and it's the best," exclaimed Valastro.