A Toronto sports bar that's been known for serving up some of the best chicken wings in town since they opened around 1983 is inspired by Florida, and apparently actually once had six locations.

Hurricanes may be known to many who live and wander around Bloorcourt as a reliable dive for a beer and some wings, and maybe patio hangs and brunch. 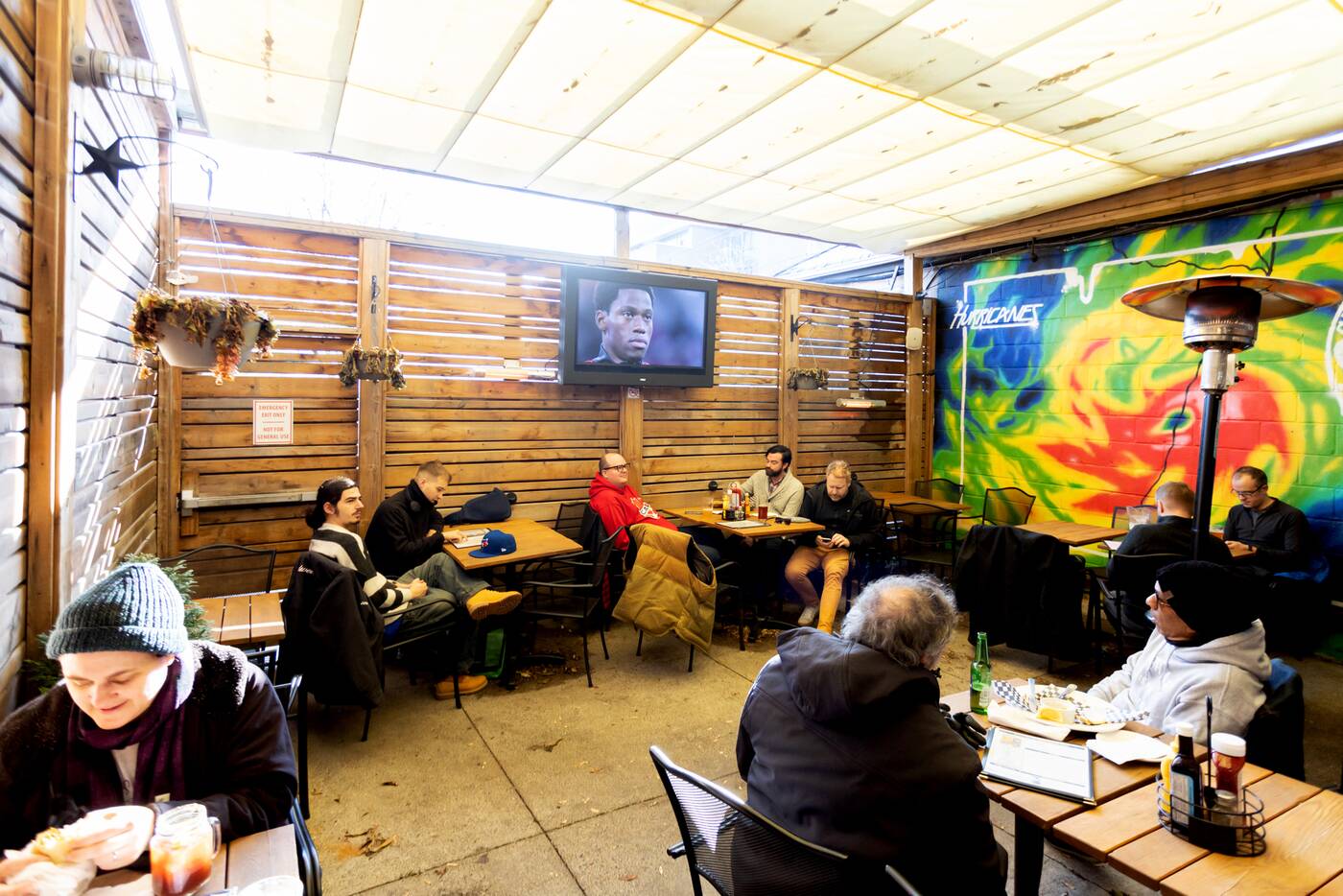 However, there's so much more to it than that, and you could even say it helped define our current sports bar culture here in Toronto.

Current owner Ross Serpa tells blogTO the opening date of the bar was in 1983, but Serpa swears that it was opened on St. Patrick's Day, 1985, citing a shirt he found reading "The Official Hurricanes 5th Anniversary Party Shirt, March 17th, 1990." 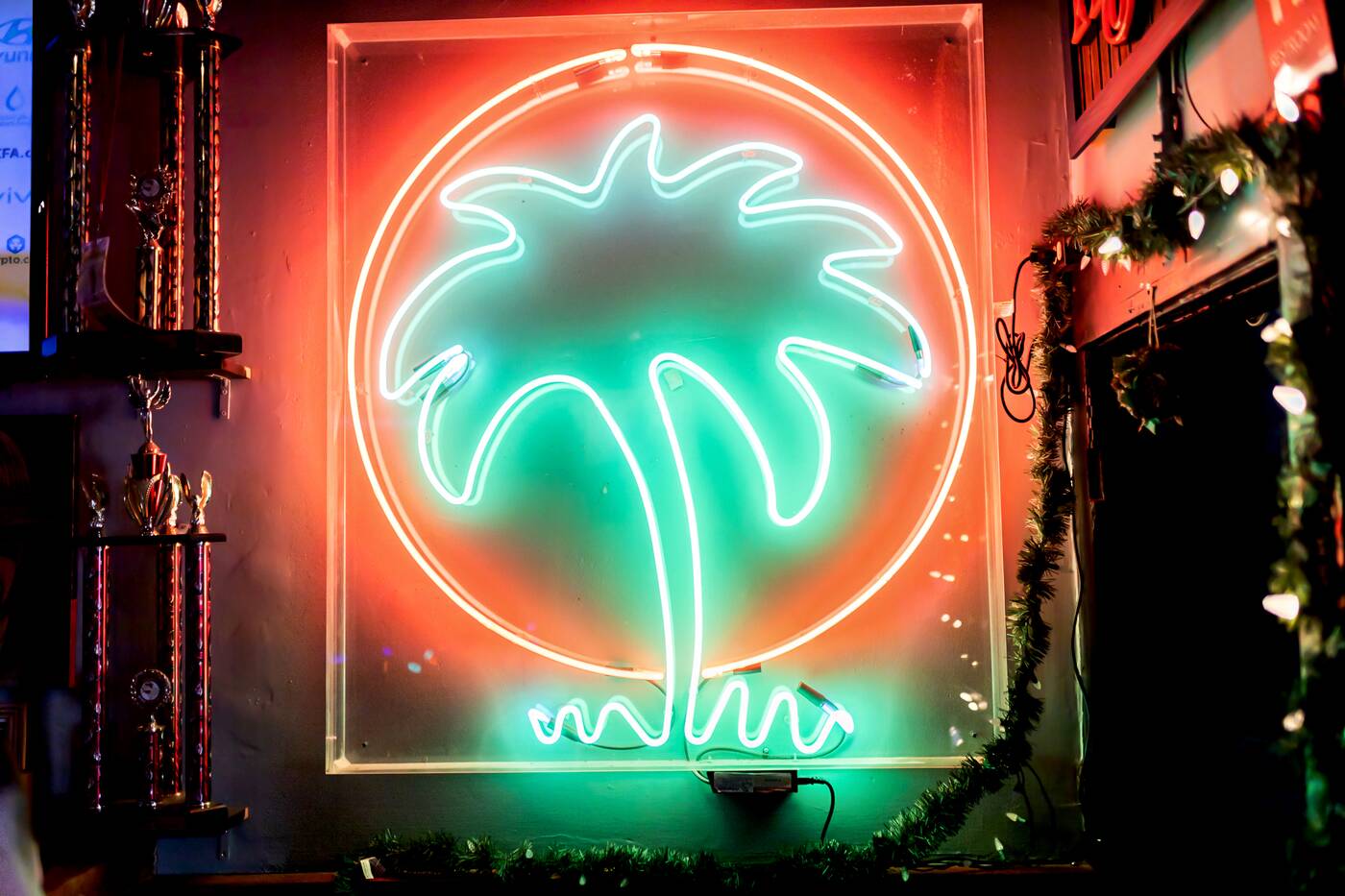 He says he thinks there were originally three partners, but isn't sure of their names, but knows the bar exchanged hands twice after them before he took over in September 2003. 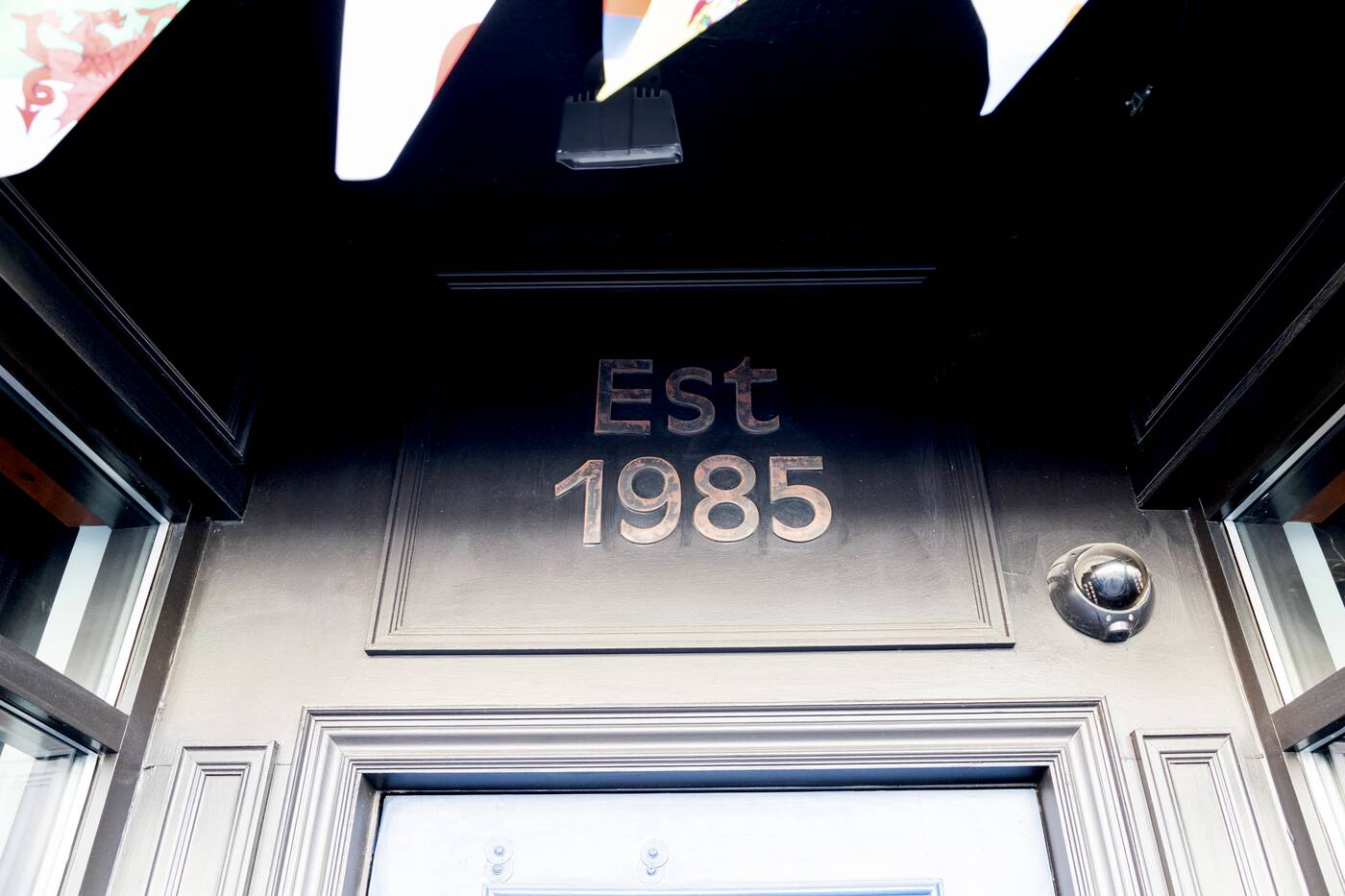 Since 2017, Serpa has been operating another classic bar, A Dark Horse that's been around since 1998. He also once ran a motorcycle shop called Psycho Cycle, plus a cafe called The Gathering Cafe. 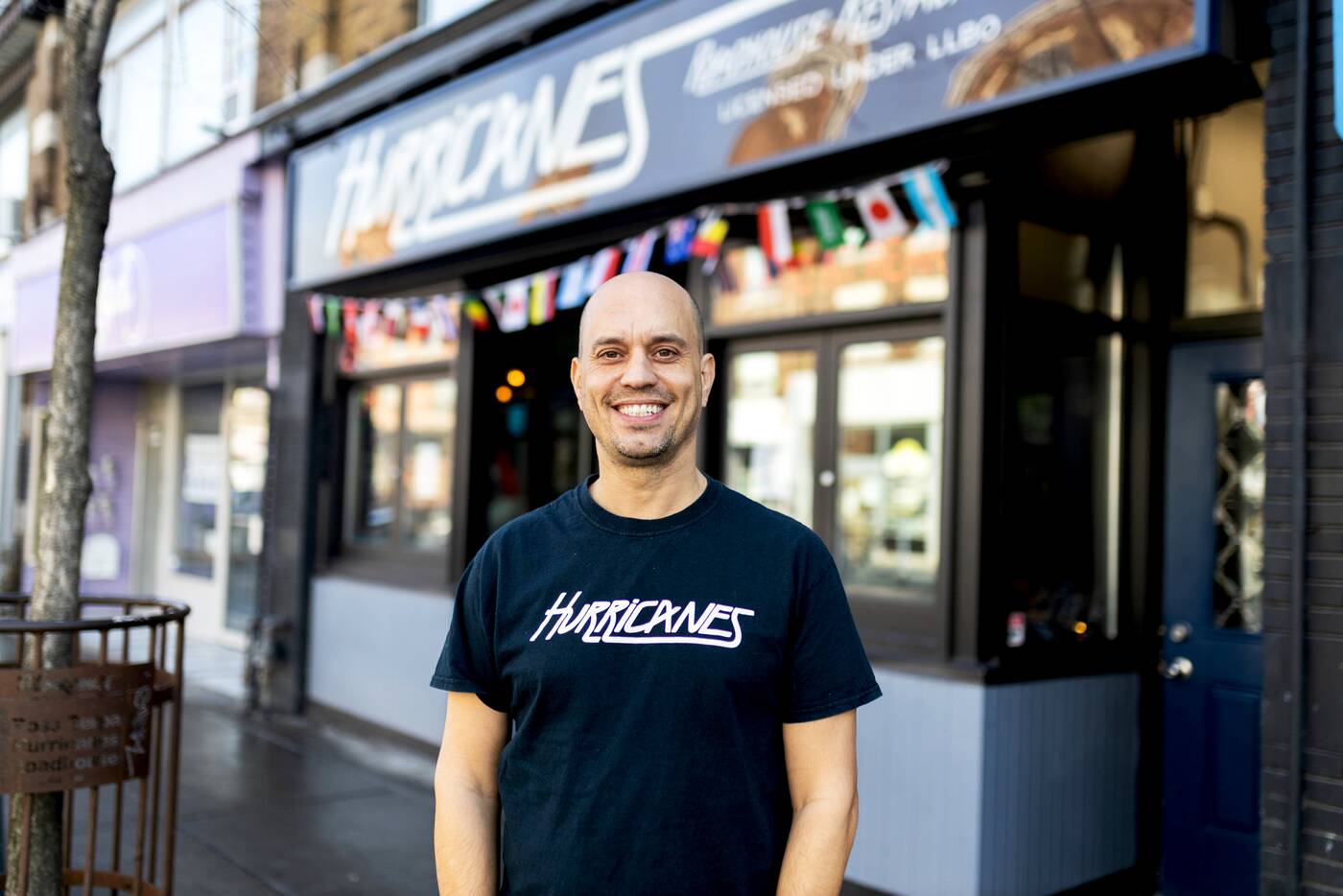 "The original owner told me that he travelled to Florida often where there was a small beach hut called Hurricanes and thought that it would be a great name. Rubin 'Hurricane' Carter who lived down the street on Delaware would often come by for lunch," Serpa tells blogTO.

"Over the years it's been associated with him but he has nothing to do with the name. He kindly signed the wall one day. Since then, I have purchased some signed boxing memorabilia to put up on the walls to dedicate to him in his passing on April 20, 2014." 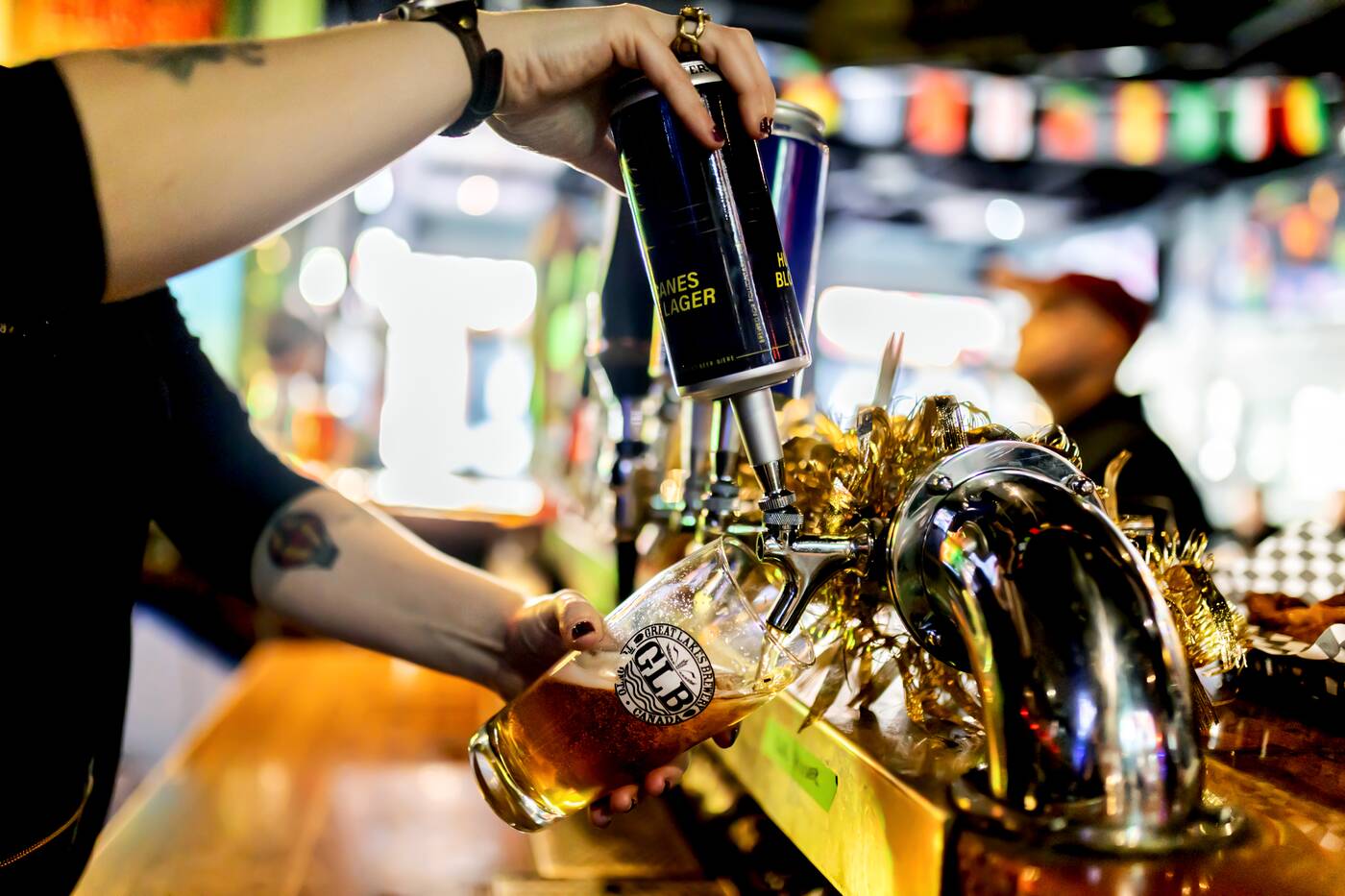 Though Serpa took over Hurricanes in 2003, his history with the bar extends back almost a decade before that, when he was offered a bartending job by the owner at the time, Dino. 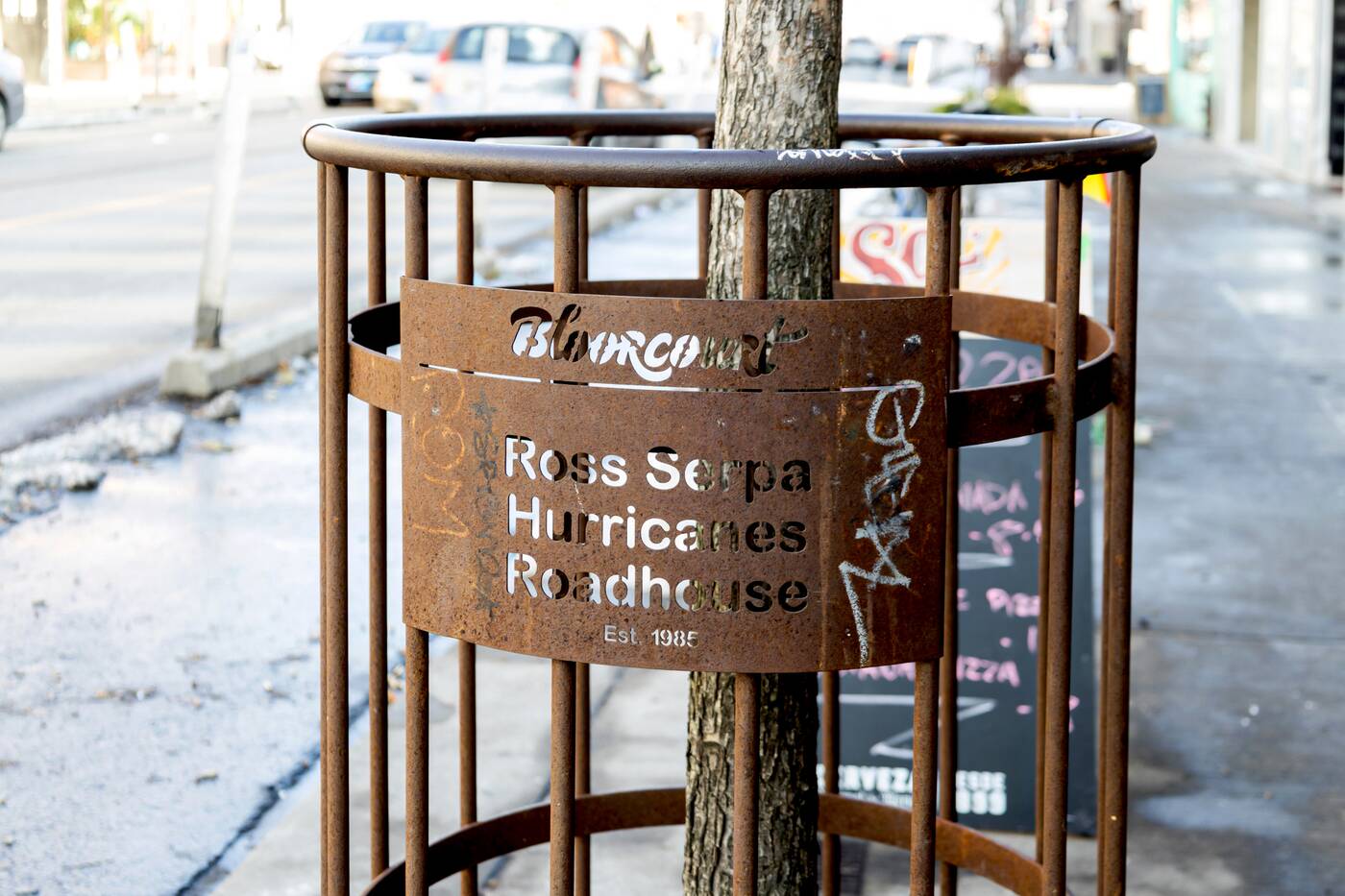 "I was working across the street at the dollar store and thought it would be a great opportunity to get into an industry that I would stick to. I didn't want to go in green so I went to The Bartending School of Ontario," says Serpa.

"Best class time ever! Shooter class was us making a bunch of concoctions that we could drink as long as you brought in $5. I was drunk on the way home from a lesson in class! Long story short, I worked there on and off for the next nine years. In between that time I opened a motorcycle custom shop and a cafe." 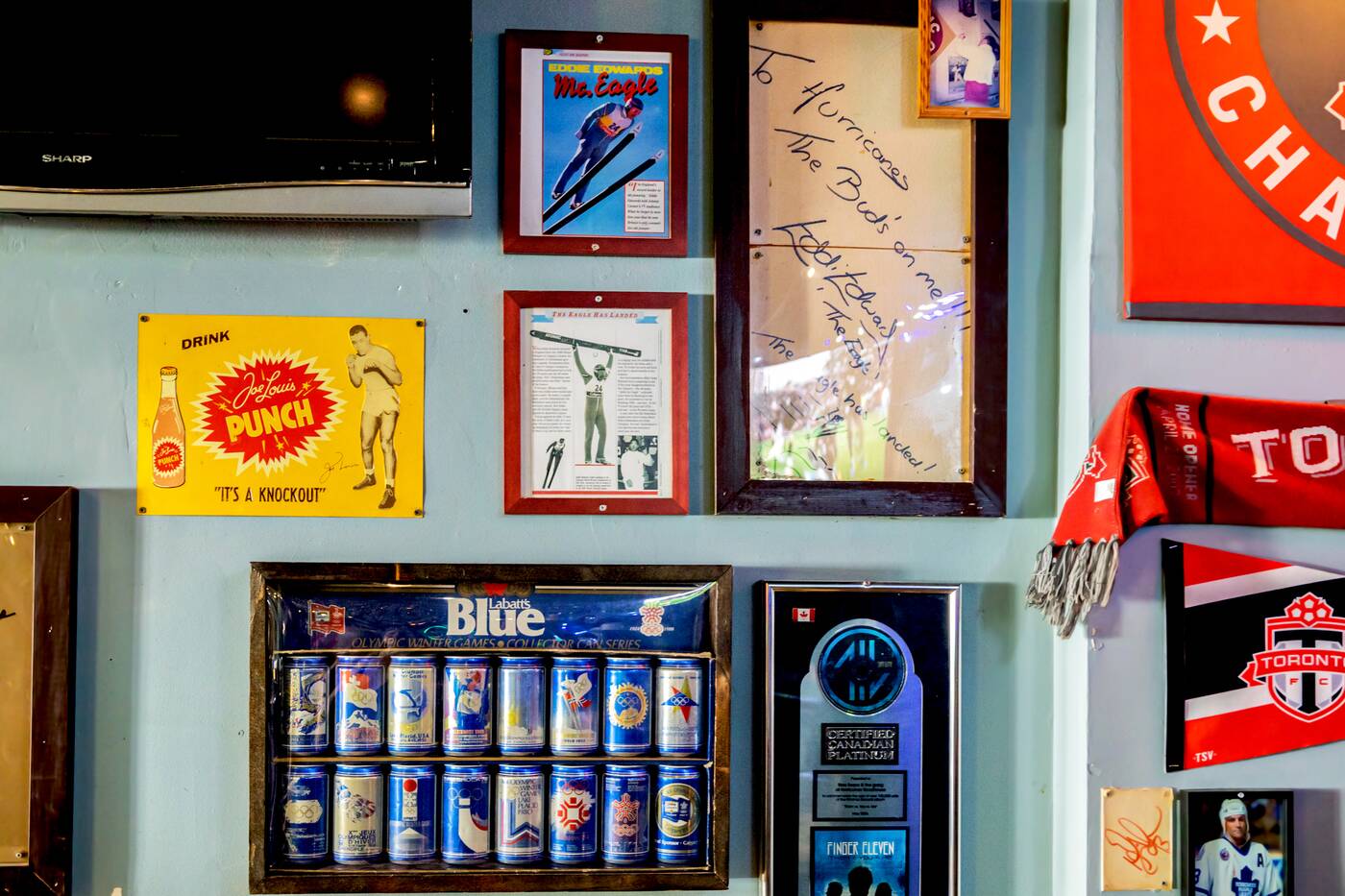 Since the 1980s, Hurricanes had a more diverse crowd than the average sports bar, attracting men, women and all kinds of different cultures. 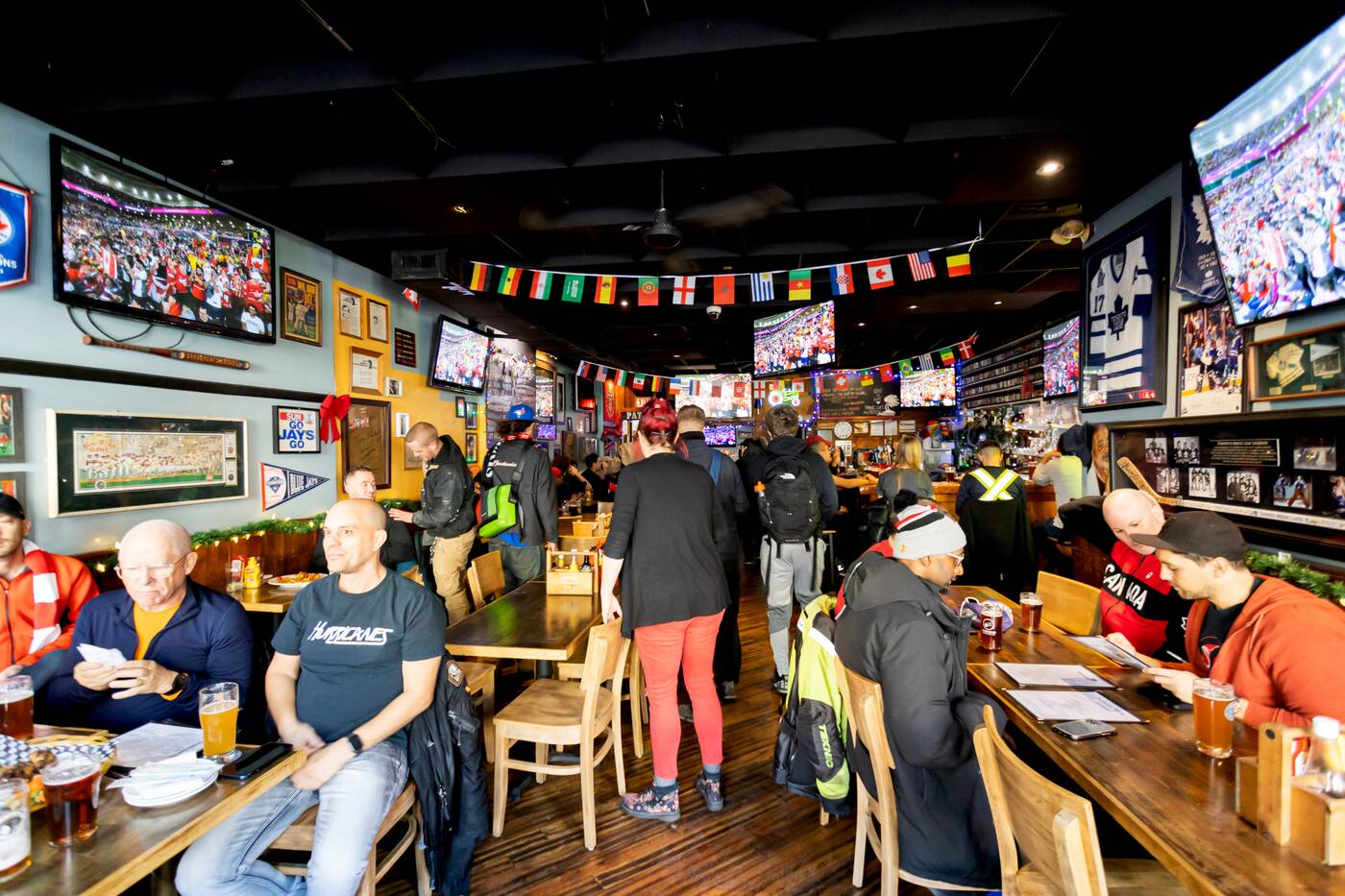 "Hurricanes has always been one of Toronto's best sports bars since it opened," says Serpa. "We've had Sportsnet celebrities, movie stars, sports legends etc. and surprise visitors over the years. We also sponsored many local sports team leagues." 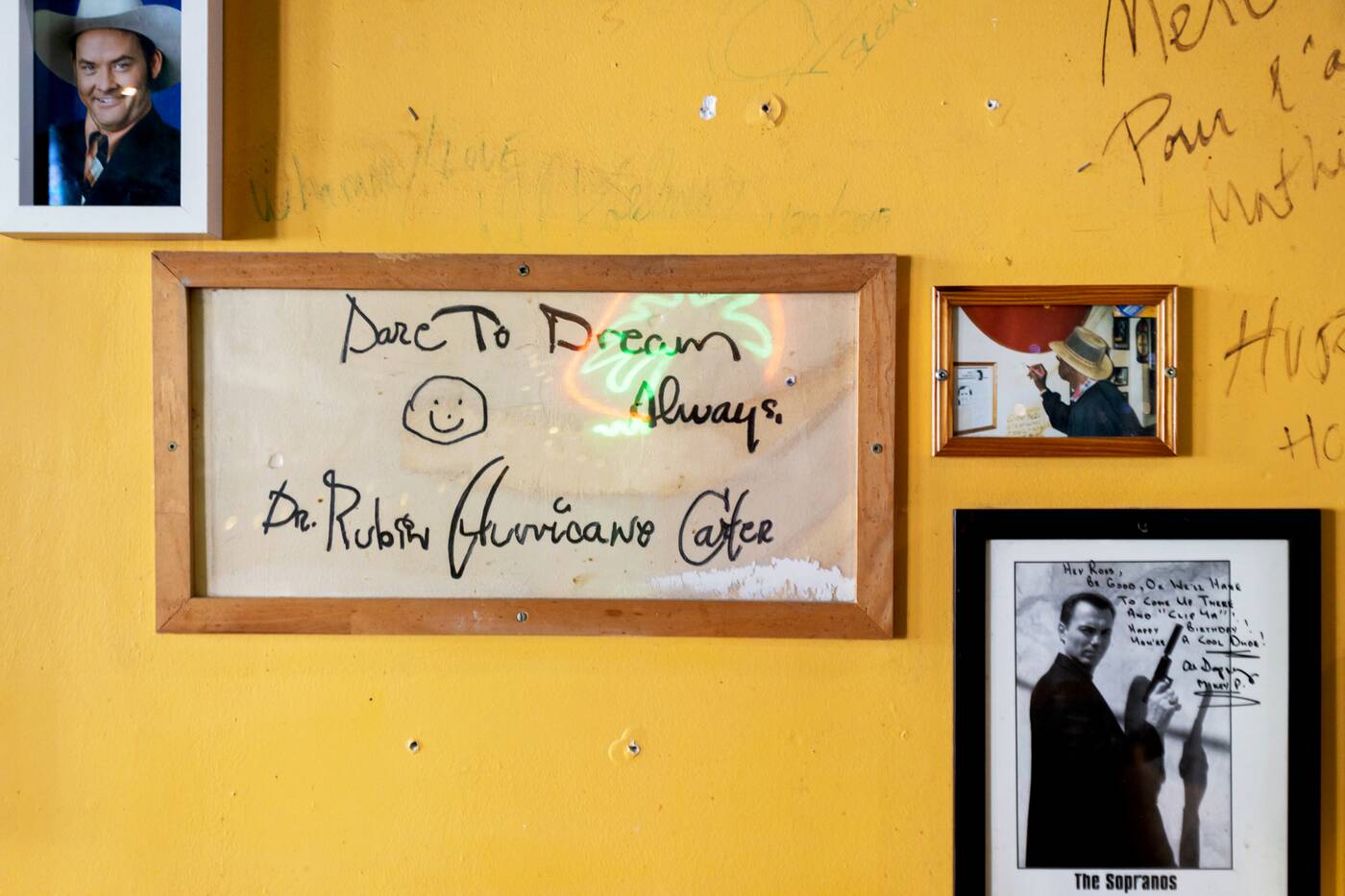 The bar is plastered in sports memorabilia, with lots representing Hurricane Carter and local teams, though that has had to evolve too, some of it being replaced over the years due to smoke damage from back in the day. 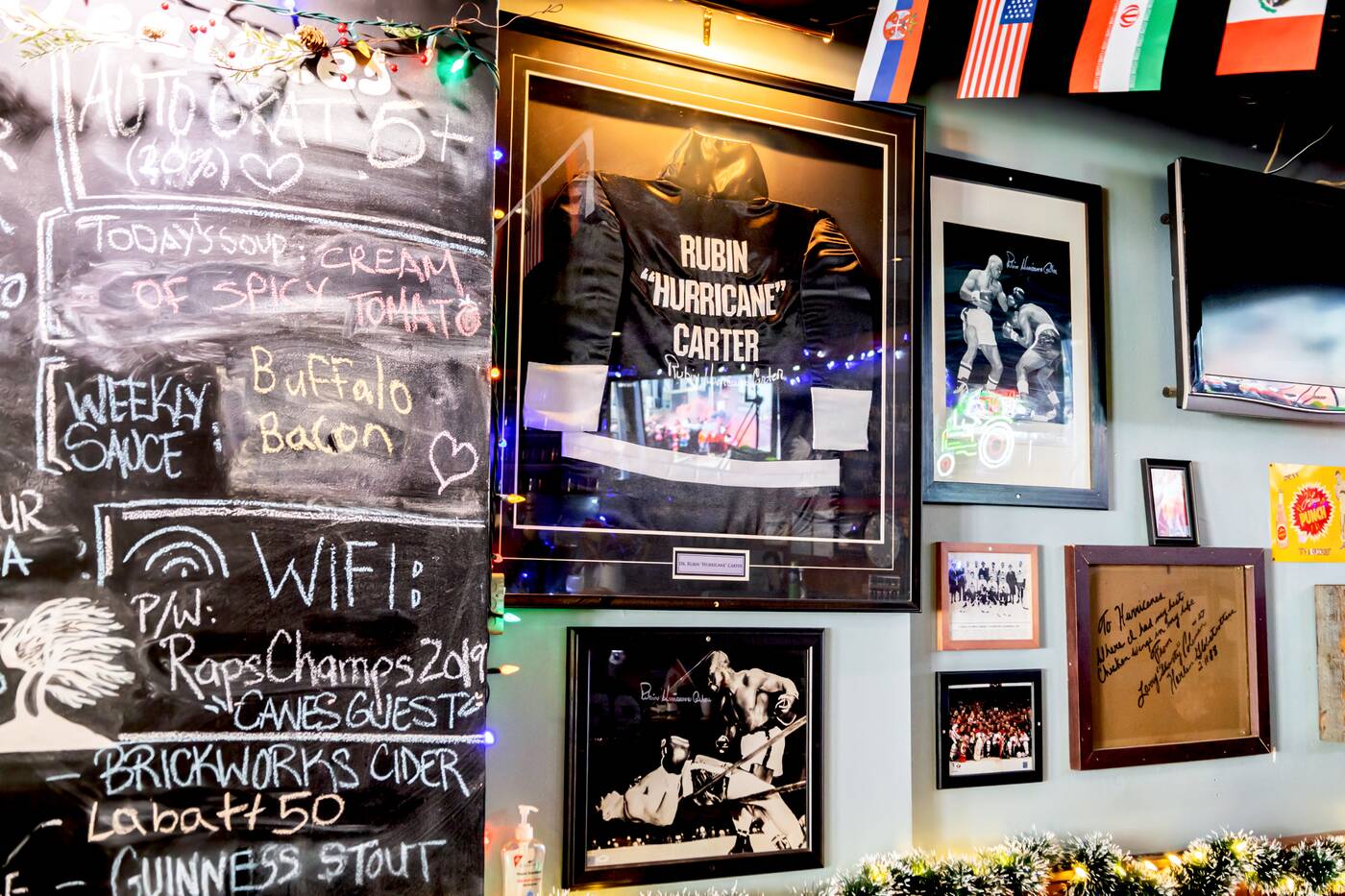 (Serpa has stored some original items at his personal residence.) 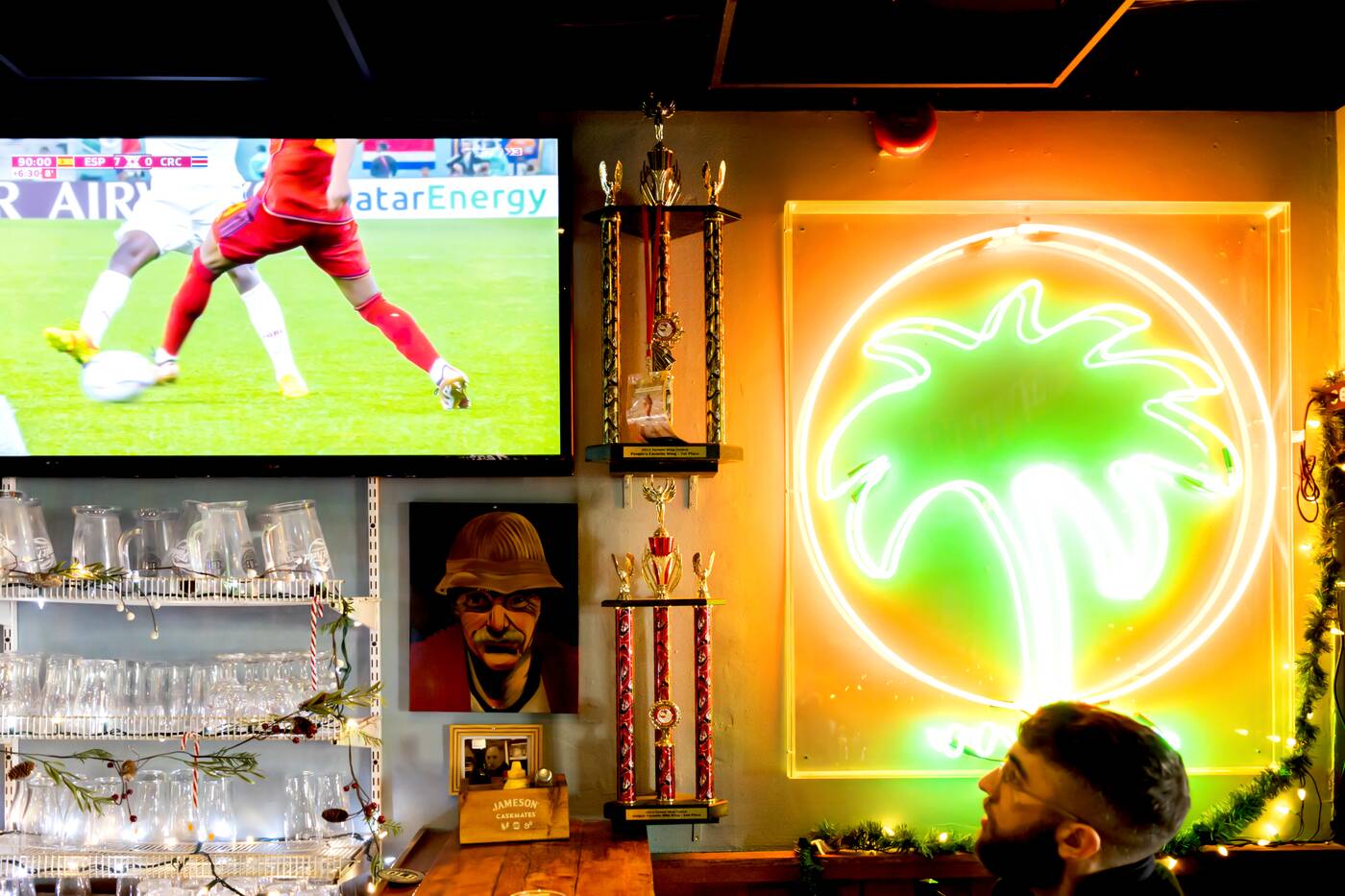 "We also were one of the first places to serve chicken wings which we are famous for," says Serpa. 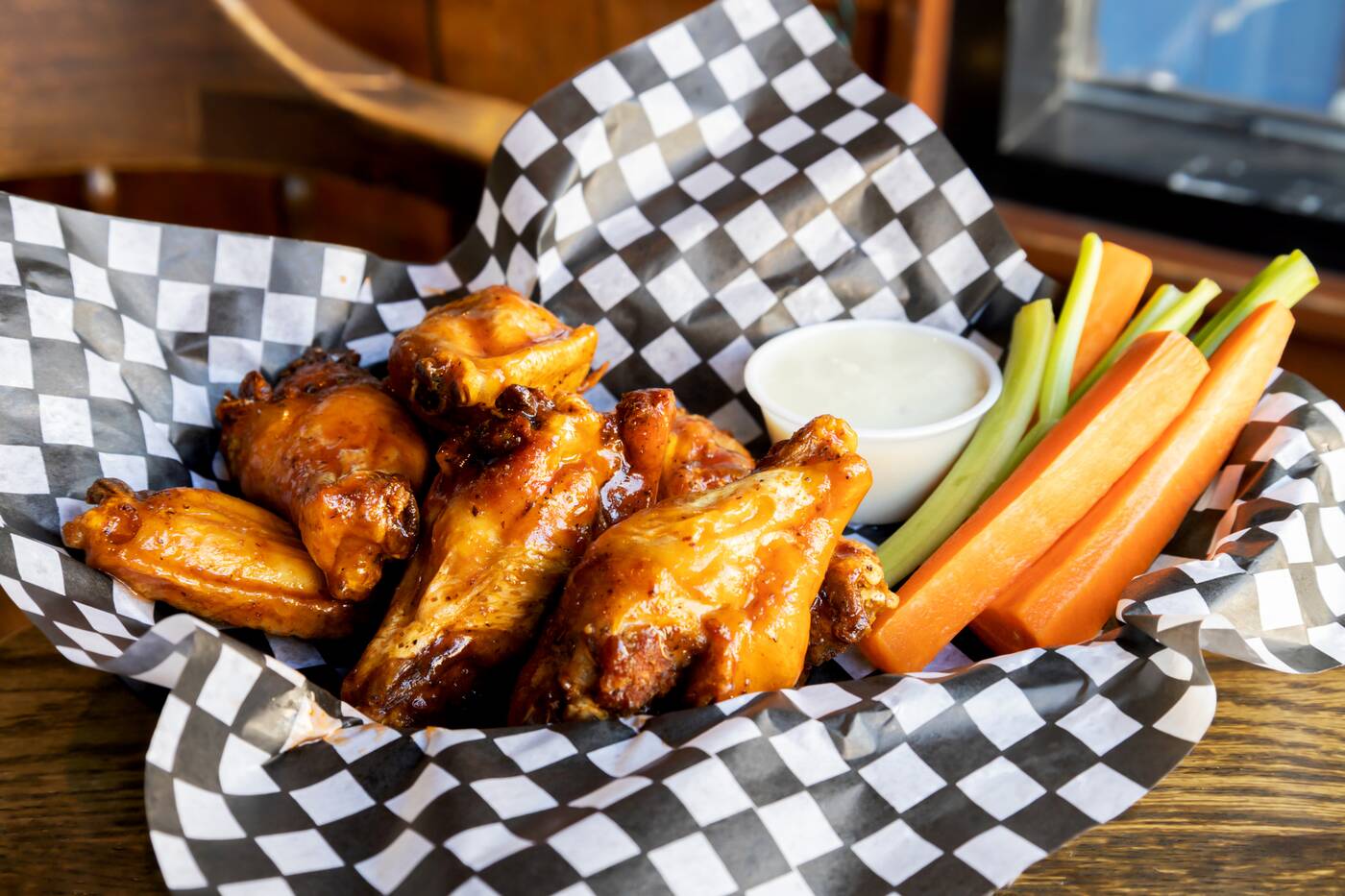 The wings have continued to evolve over the years, introducing grilled and smoked wings alongside their signature crispy fried. Serpa introduced brunch in 2003. (Hurricanes previously served an all-day breakfast.) 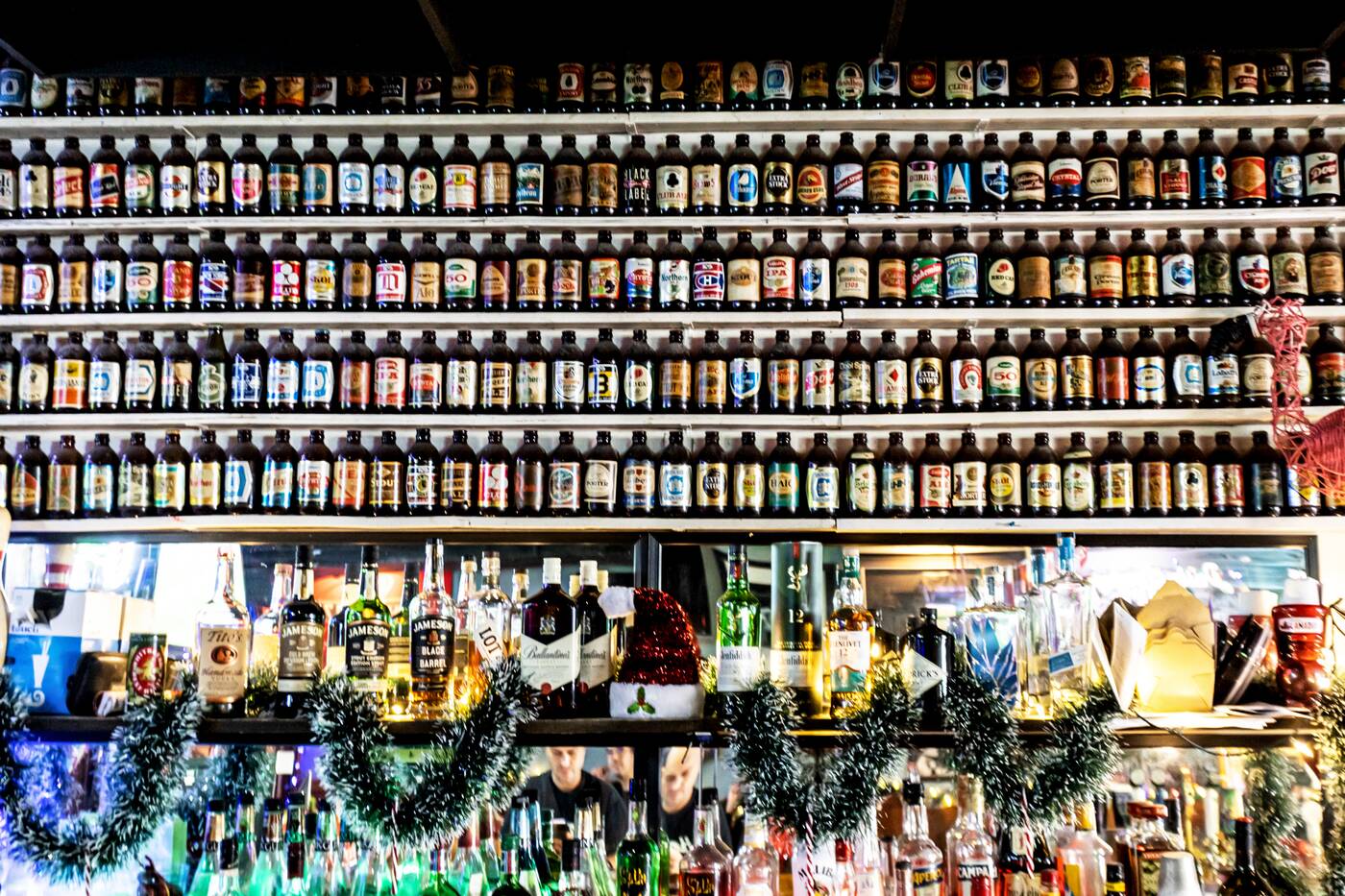 "I introduced brunch as it's probably the only time I get to eat a breakfast-like meal and I love mimosas," says Serpa. "Who doesn't?" 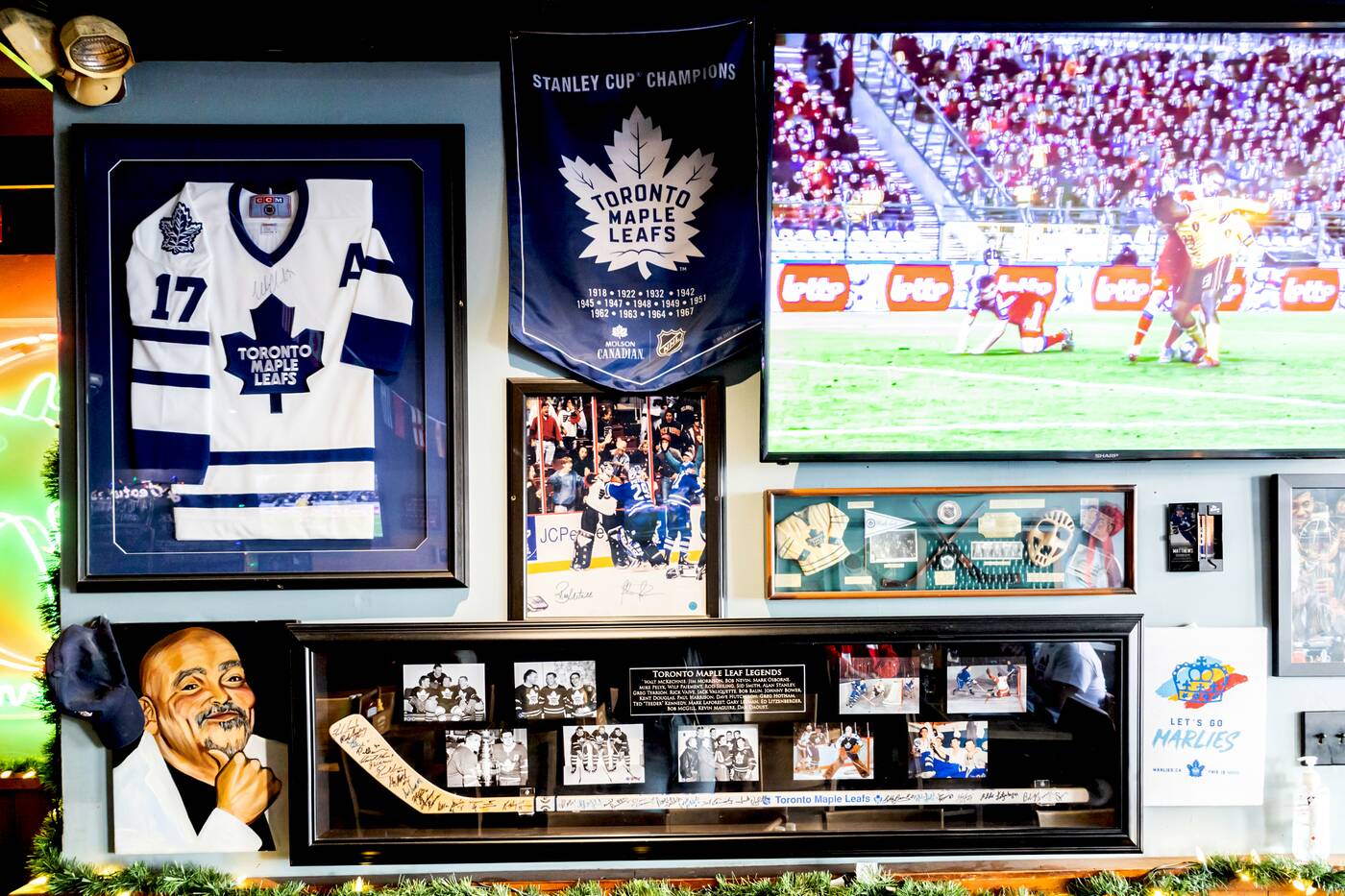 His time owning Hurricanes hasn't been all mimosas and brunches, with the bar fighting tooth and nail throughout lockdowns and beyond to continue to stay open and keep its legacy alive. 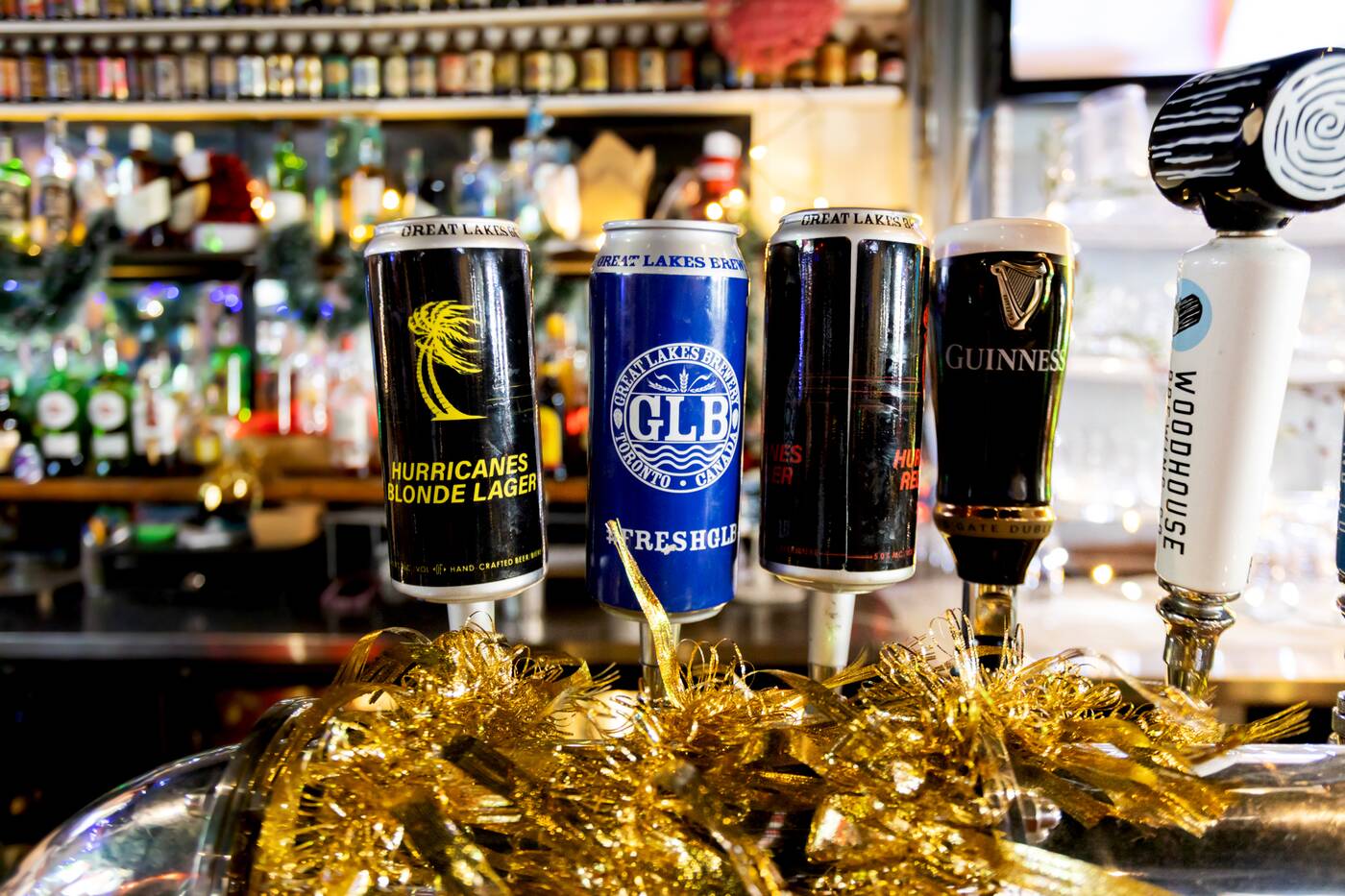 "It was hell. Ten times the work for one per cent of the sales. The governments did help to keep the doors opened, but with inflation of everything now and trying to still recover from 2019 to 2021 it's been a very difficult year," says Serpa.

"I don't think that this industry would ever recover fully. We just need a break, anything to get us back to where we were. Shortage of staff, payroll increases, new taxes like Employer Health Tax, etc. They said this is probably the most difficult business to succeed in. With all the challenges, it's nearly impossible."

He's mostly focusing on A Dark Horse right now since he's had it for the least amount of time, but he's been working on expanding the patio there in hopes of successful future seasons. 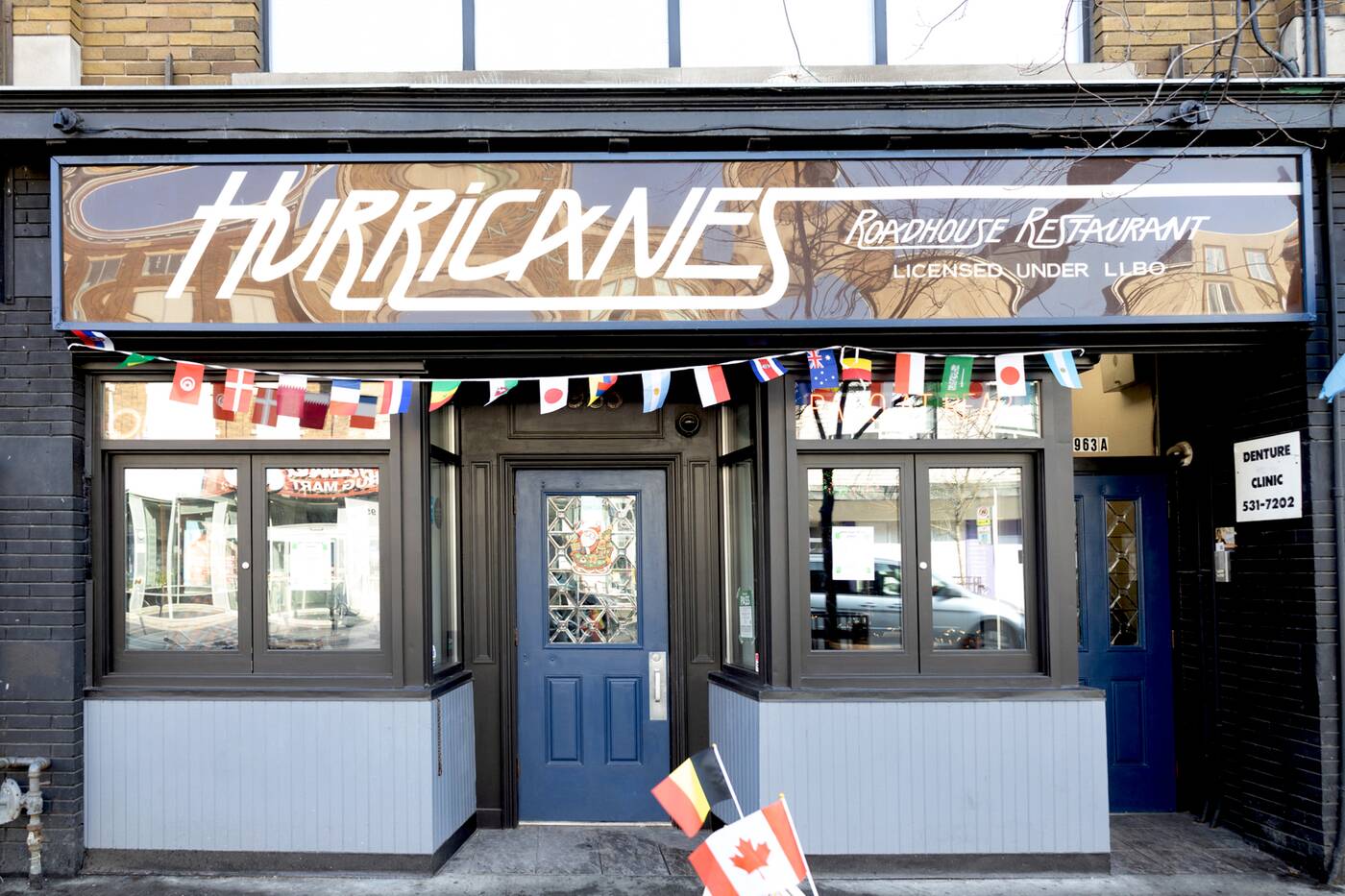 "As for Hurricanes, I've got a great group of people that care about where they are and what they are doing there," says Serpa. "This, in combination with the good vibe energy Hurricanes brings every time you are there, is the recipe for another 37 years."

A reader tip after this post went live notes that Hurricanes opened in March 1983 by two operating partners, Mart Solu and Nick Petruk.