A Toronto woman gave her senior dog the party of a lifetime at a Toronto restaurant, in an adorable example of an owner going that extra mile for their furry friend.

Lia Maston, a Toronto comedian and architect, tells blogTO that her Wire Fox Terrier, Wolfie, celebrated her 16th birthday with a fun feast among family and friends.

The shindig (shindog? sorry!) was held at sometimes-controversial restaurant Antler on Dundas West, known for its selection of game meats and occasionally triggering vegans.

"Antler was so kind to host her 16th birthday party," says Maston. "She ate duck hearts and wild boar pasta, and had a special birthday meringue." 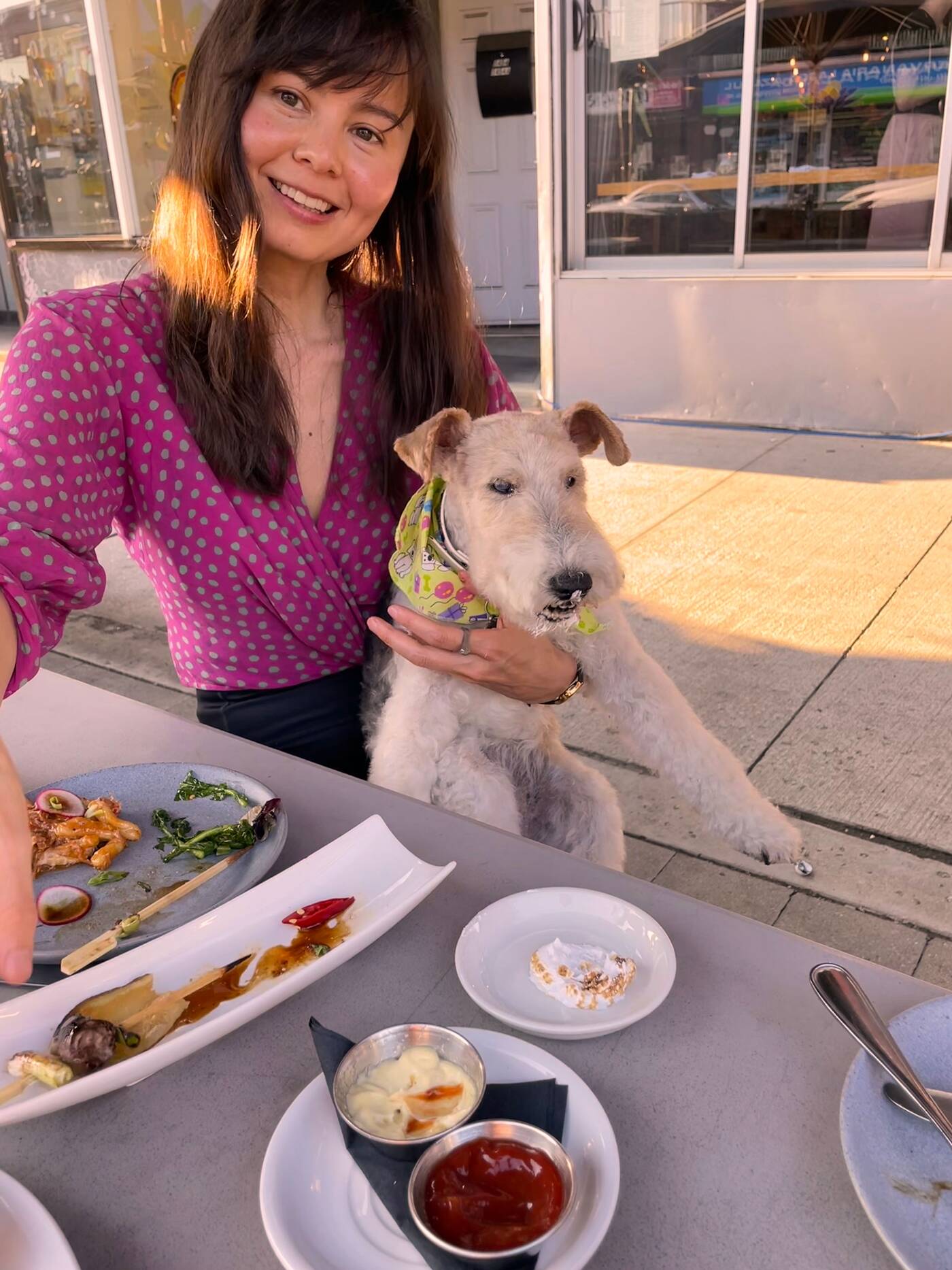 "She loves eating out on Dundas. Sometimes we go on date nights to restaurant patios. The happiness runs deep." 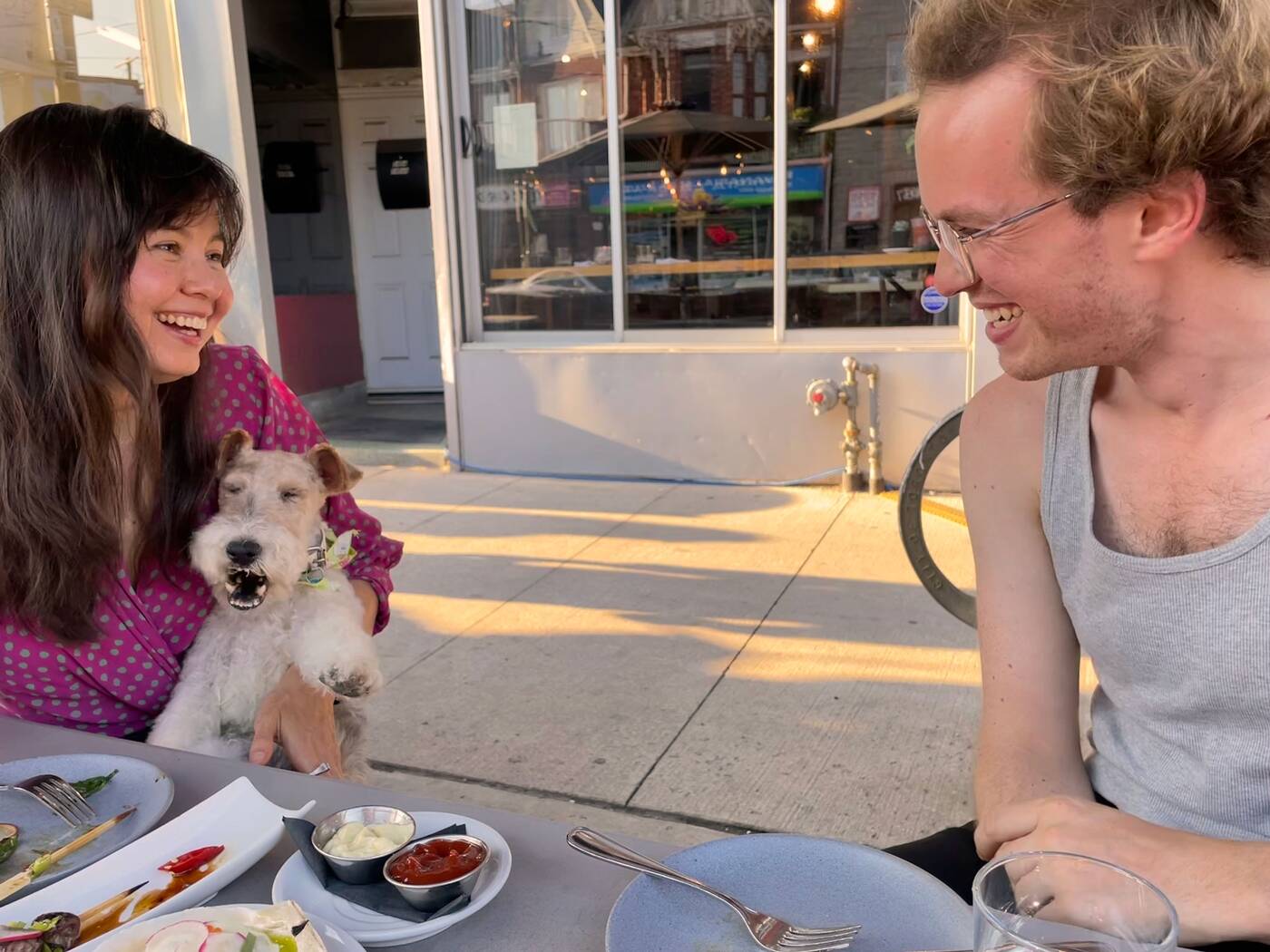 Maston claims that "Wolfie is probably (according to the Ontario Wire Hair Fox Terrier Facebook group) the oldest of her breed in Ontario."

And though she’s getting on in years, the pooch was still up for a joyous celebration of her adorable life and the love of her owner.

"Keeping her alive takes a lot of TLC," explains Maston. "She is blind and deaf, and sometimes pees on the floor. I carried her to the restaurant because she walks slowly." 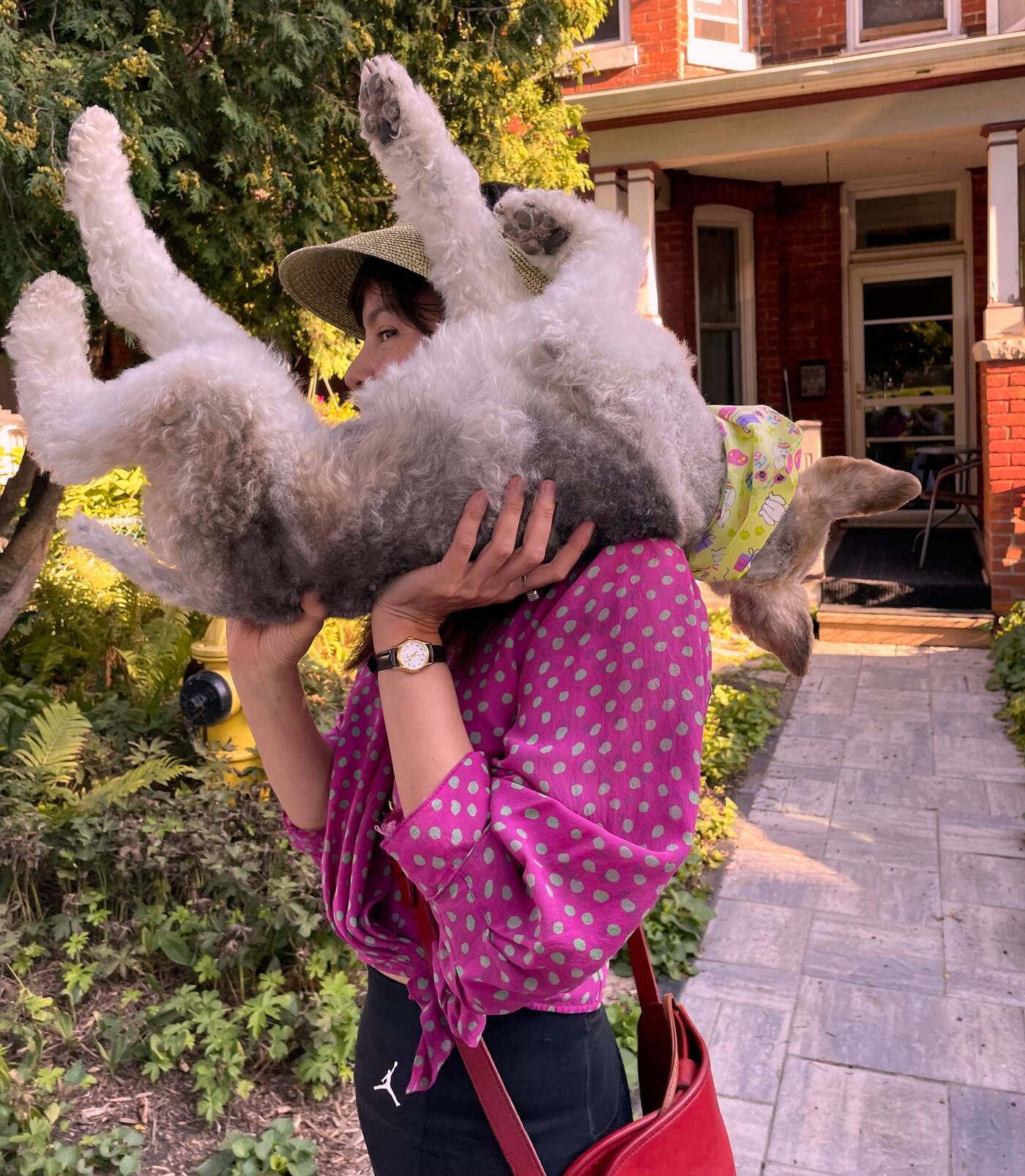 All of this doting can pose a challenge in Maston's personal life, as she jokes that "sometimes men are jealous of Wolfie."