One of Toronto's most popular seafood stores is unable to keep one of its locations open due to staffing issues and other challenges.

De La Mer recently posted a temporary closure notice in the window of its Danforth location. The seafood shop is known for its selection of fish, with lots of fresh, high-end options. 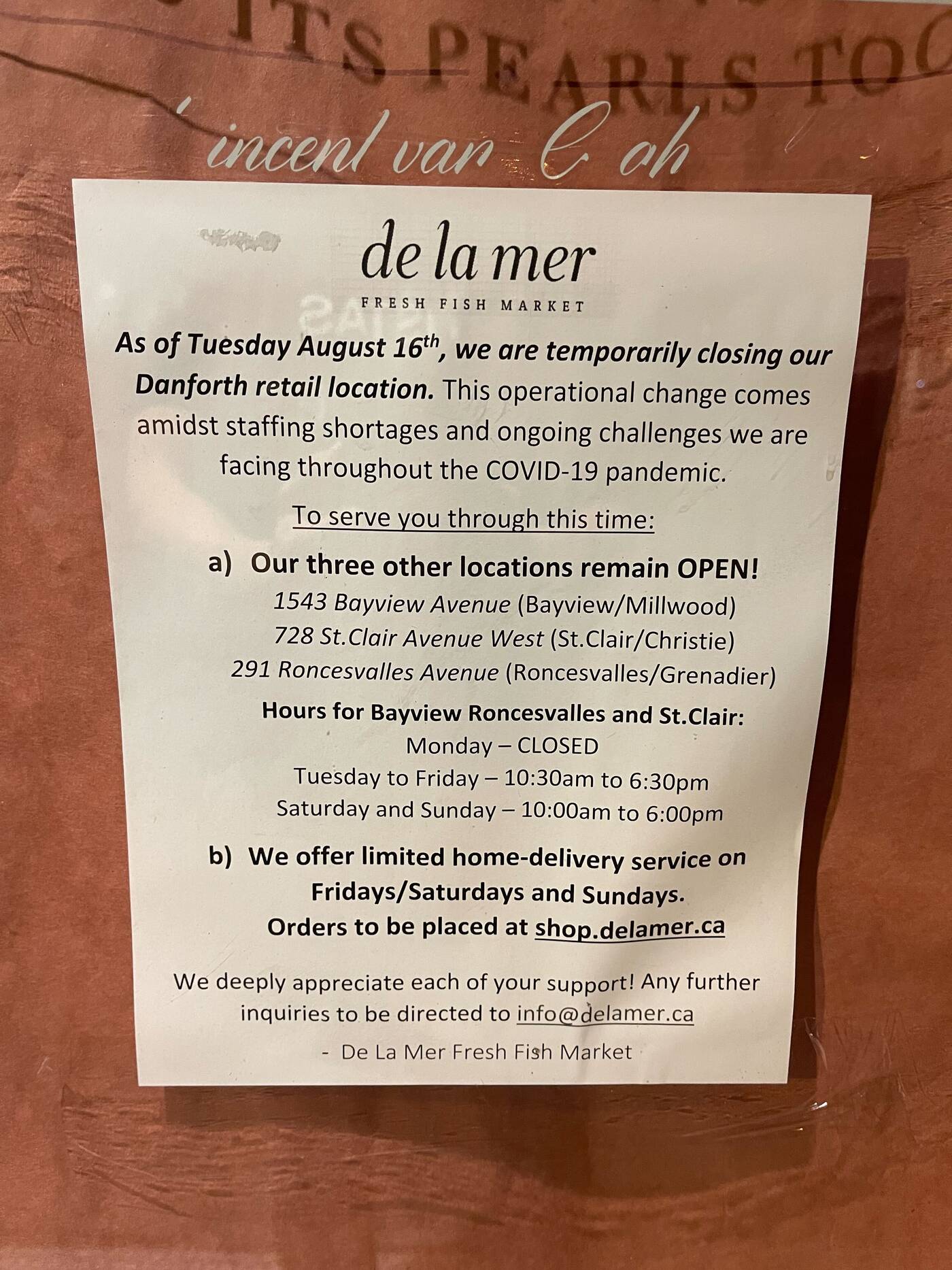 Notice posted in the window of De La Mer on the Danforth. Photo by blogTO.

"This operational change comes amidst staffing shortages and ongoing challenges we are facing," reads the note posted in the Danforth store's window.

The announcement notes that their three other locations on Roncesvalles, Bayview and St. Clair West are still open.

It also lets people know that they can shop online for a limited home delivery service that runs on Fridays, Saturdays and Sundays.

"The stresses from the pandemic upon those working in front-facing service positions has resulted in a mass exodus from which we have not been immune," a De La Mer rep tells blogTO.

"We recently reached a staffing threshold at our Danforth location that fell below our ability to provide the quality service our customers have come to expect thus a temporary closure of the store was necessary."

It's not the first time a food business in Toronto has temporarily closed due to staff shortages, but it's a bit disheartening to see these kinds of issues continuing to impact businesses for years now.

De La Mer has been temporarily closed on the Danforth since August 16, and hopefully it won't stay that way for long.

"We are working diligently on hiring new crew members and are pleased to note that the combination of our staff incentives and recent changes in the employment market are moving us closer to re-opening the Danforth store, hopefully later this fall," says the rep.