Sandwiches are one of Toronto's most popular foods, but a Vietnamese restaurant that serves some of the city's most popular banh mi was recently hit with 10 nasty health infractions.

Banh Mi Metro at 2055 Lawrence Ave. E. was given a conditional pass for an inspection conducted on June 9, 2022.

Out of the 10 infractions they were slapped with, a total of six were significant and three were crucial. 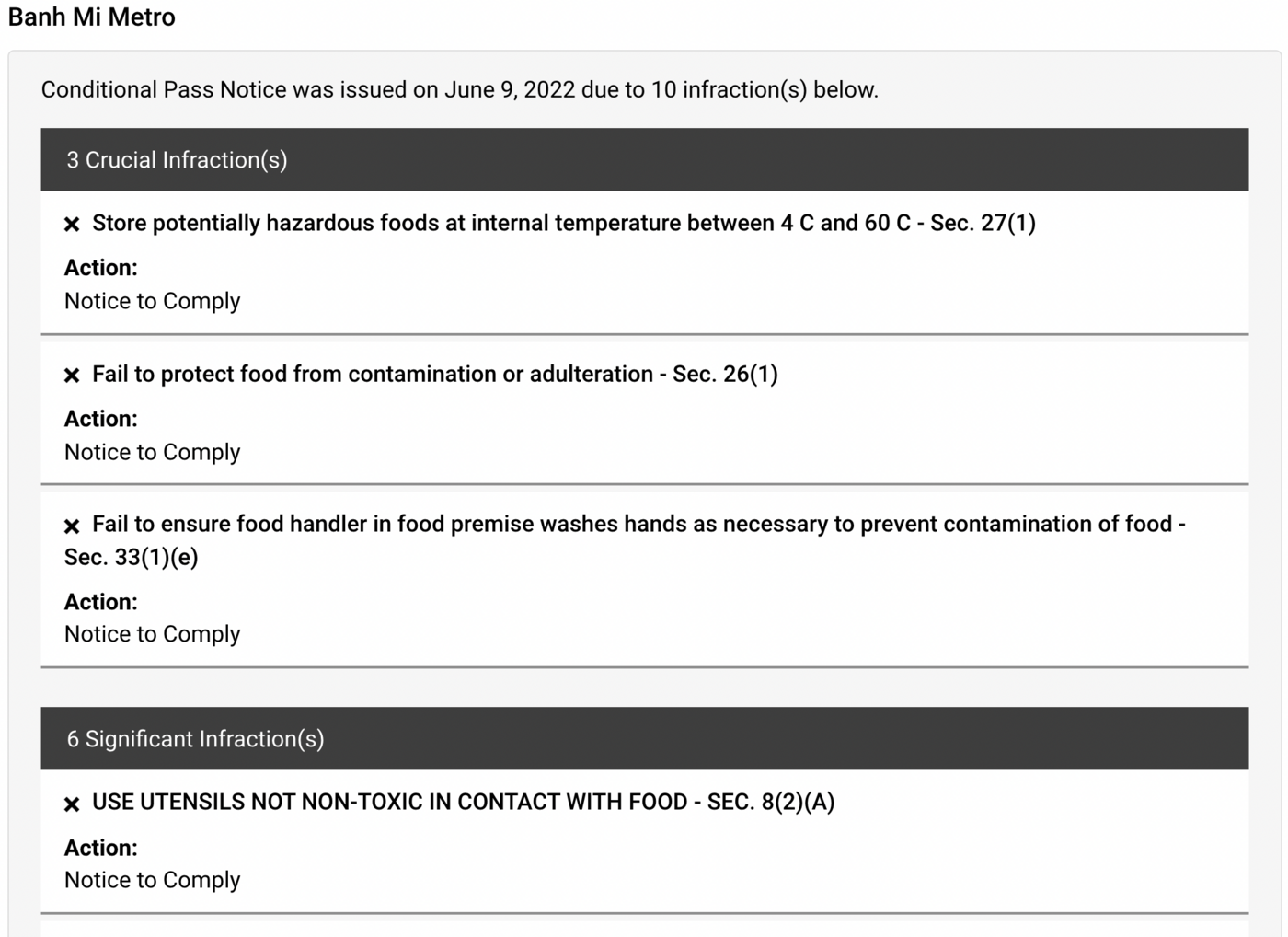 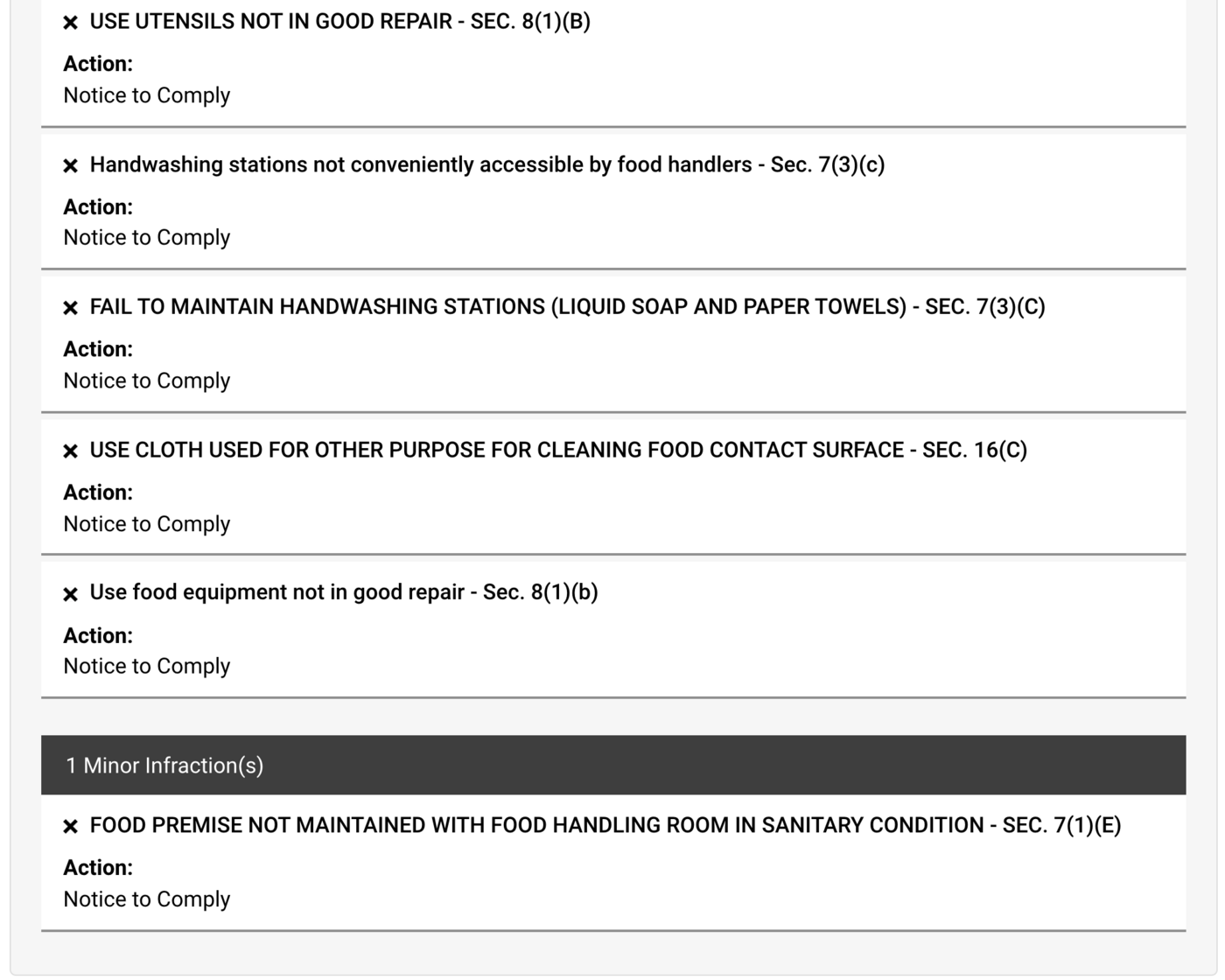 The crucial infractions were for storing potentially hazardous foods at internal temperature between 4 C and 60 C, failing to protect food from contamination and failing to ensure the food handler washed their hands as necessary. Ew.

There was also one minor infraction, which was for the food handling room not being maintained in sanitary condition.

The restaurant remains open as it works to resolve the issues and earn a clean pass from health inspectors.