Toronto is famous for its peameal bacon sandwiches, and it's usually two places in the St. Lawrence Market that are first to get mentioned when it comes to where to get them.

Many people know about Carousel Bakery, but some are less informed when it comes to the peameal sandwich that's available right in the same market at Paddington's Pump. 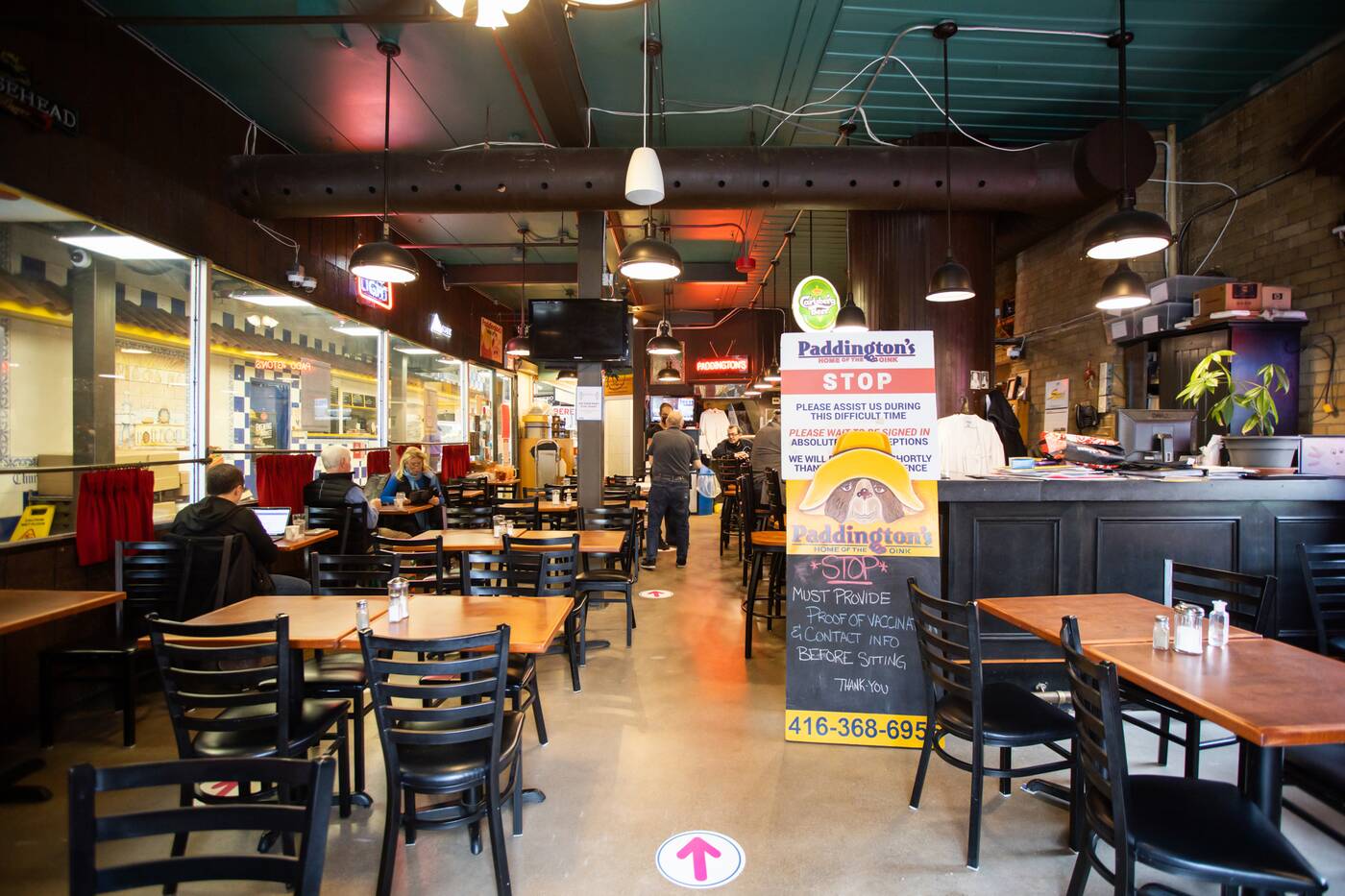 The diner has been around since the 1970s, but not always under that name. 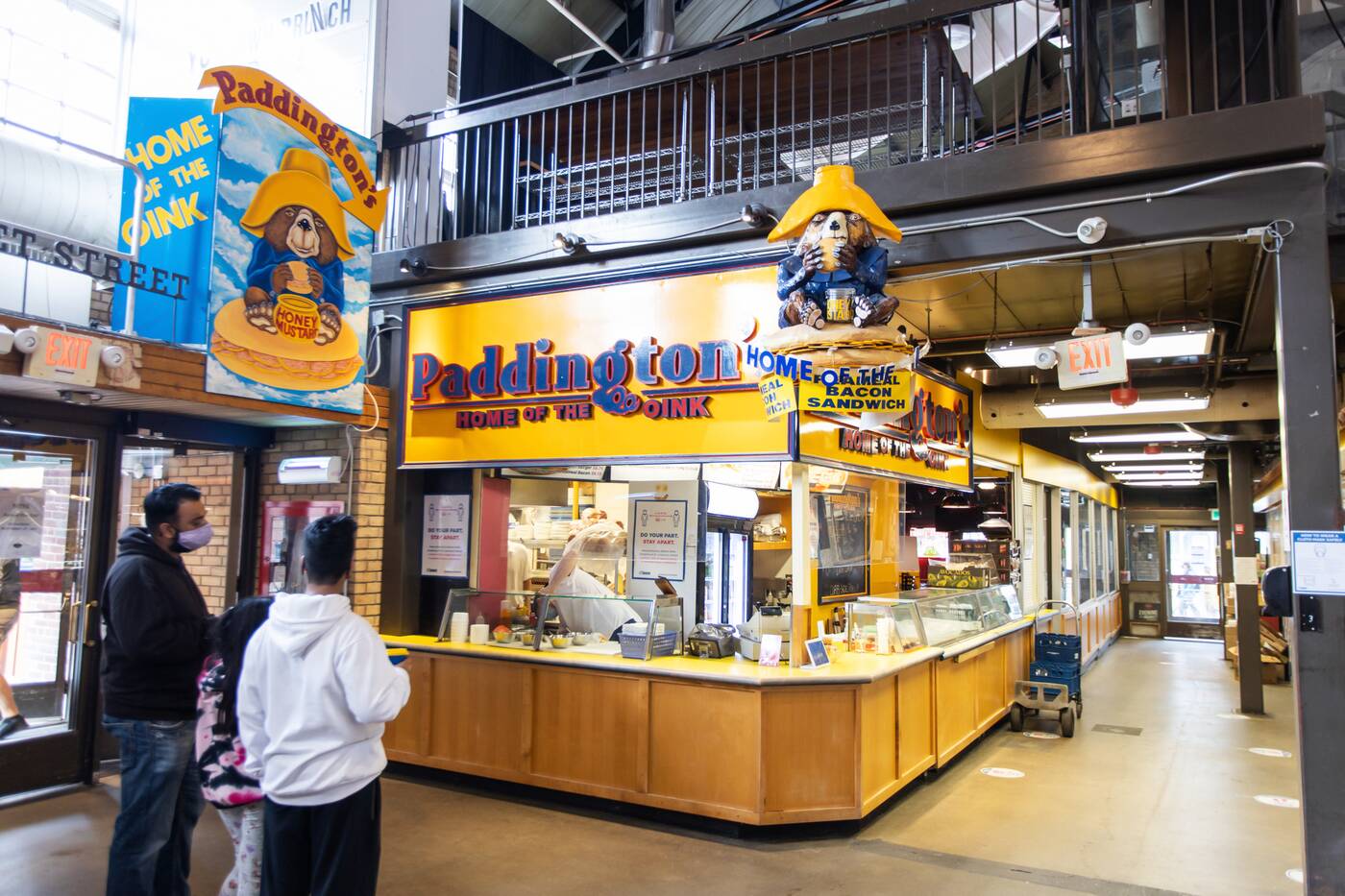 It was initially opened as Market Restaurant by the original owners as a stall near the entrance to St. Lawrence Market. 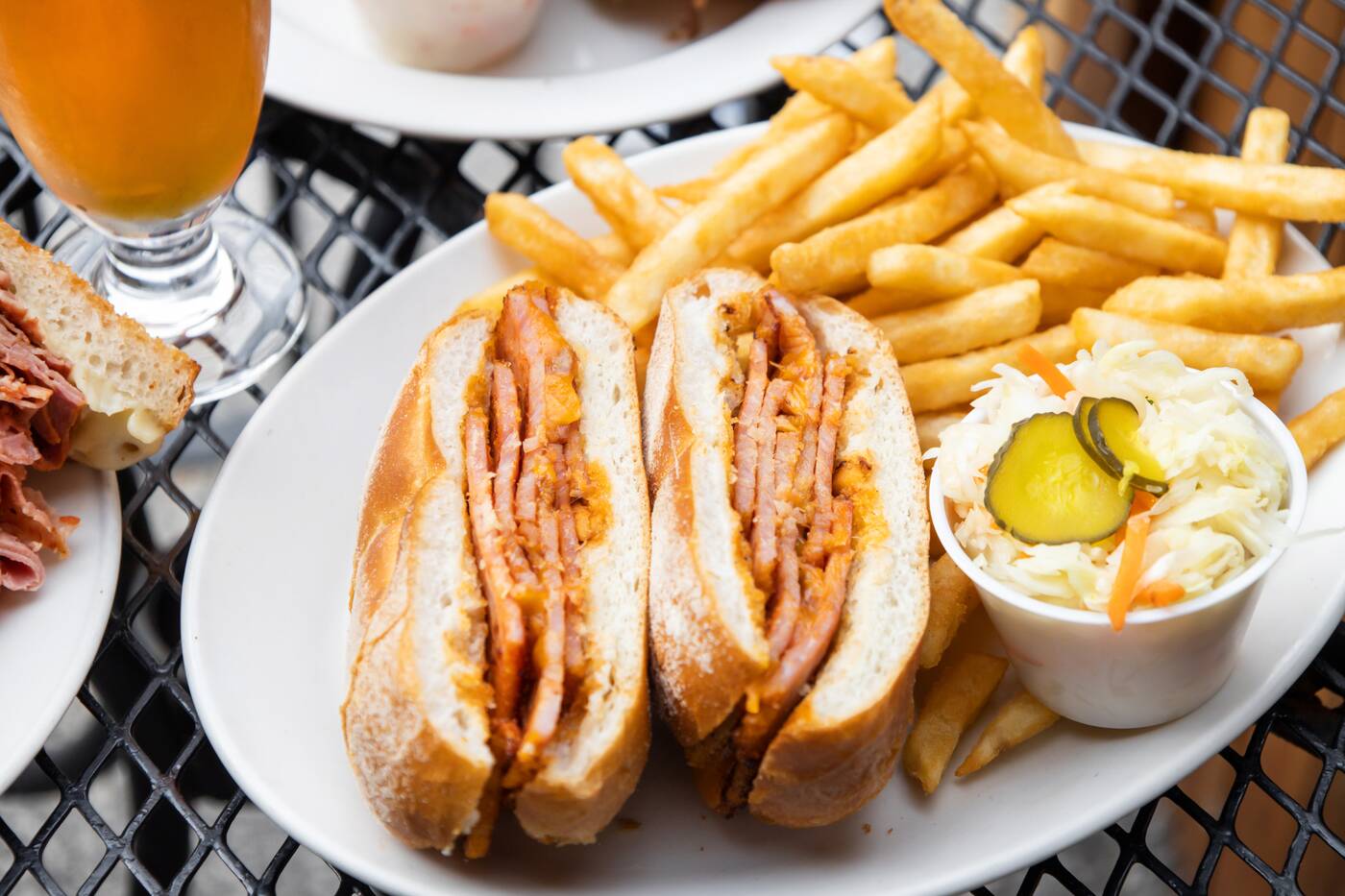 The sandwich became a staple of the menu straightaway. If you're not familiar, peameal is basically cured pork that's been rolled in ground peas: in a sandwich, it's a hearty, affordable meal. 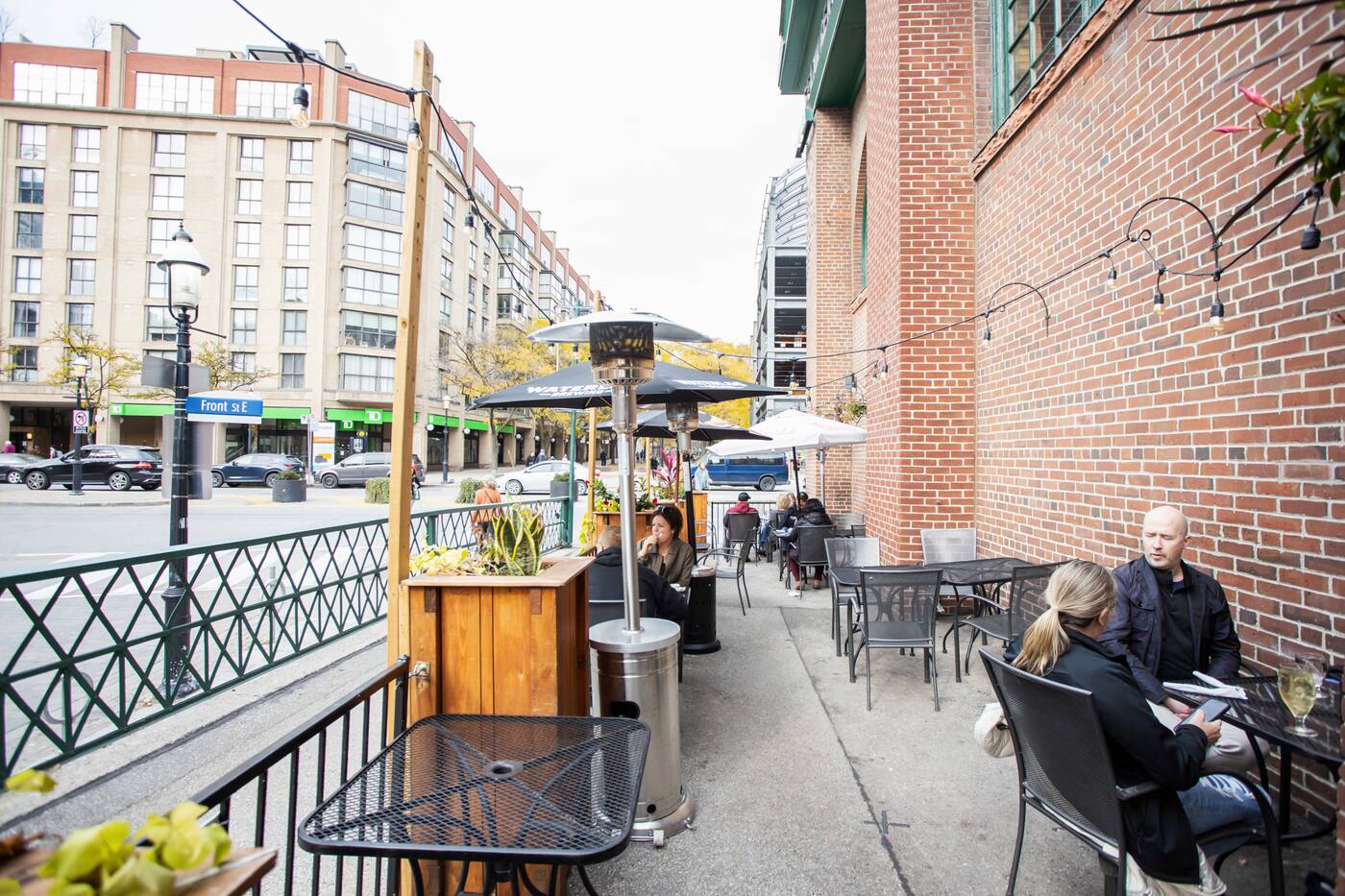 The original owners sold the restaurant to English couple Gary and Cindy, who ran it from 1987 to 1990 and incorporated the peameal sandwich into their marketing and branding tactics. 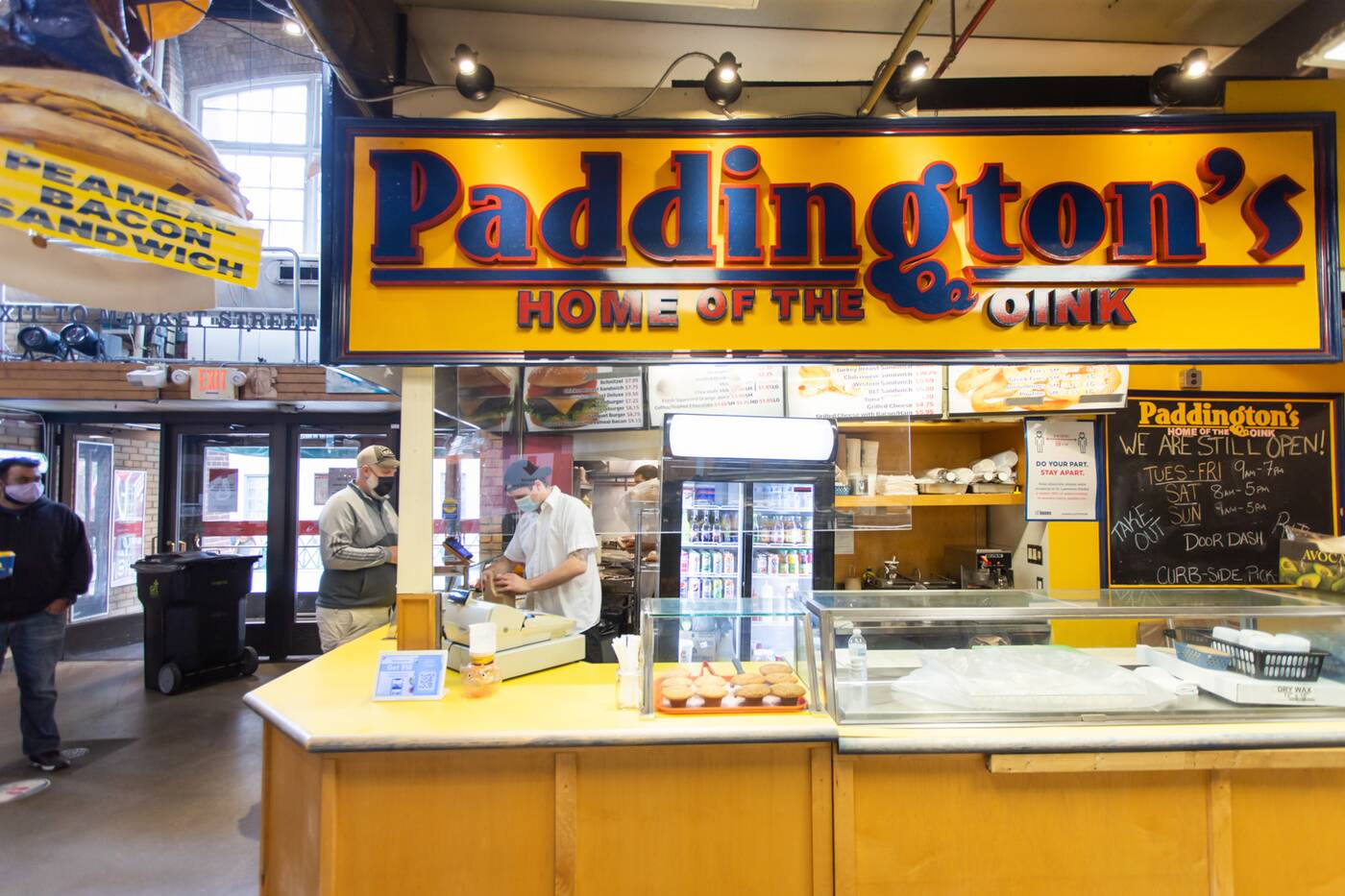 Not only did they end up dubbing Paddington's the "Home of the Oink," they also gave it the distinctly English name it still has to this day. 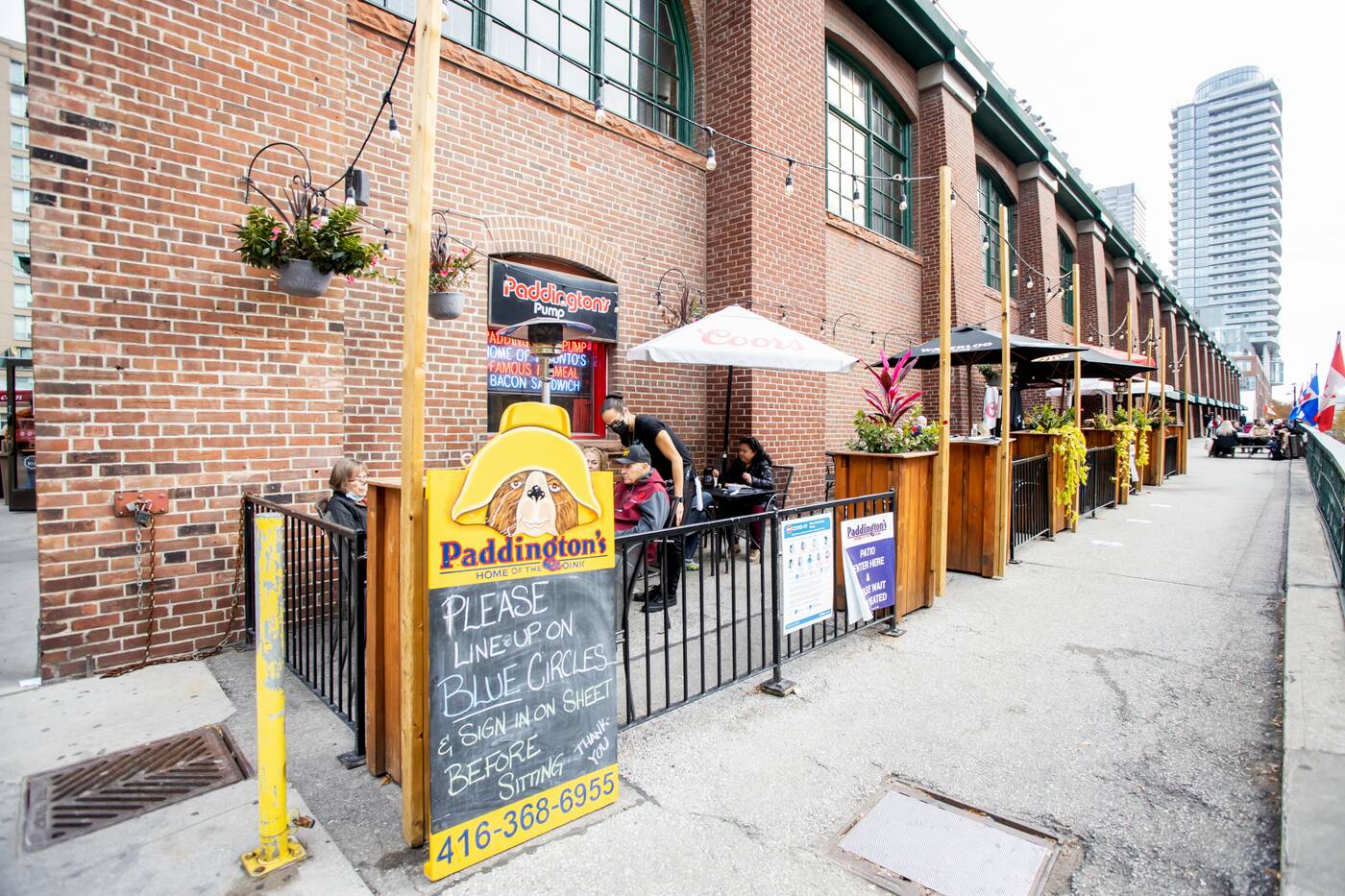 "Those owners are the ones who changed the name of the restaurant to Paddington's Pump Restaurant and went with the bear theme in honor of Paddington station in London," current owner Effie Tziamouranis tells blogTO. 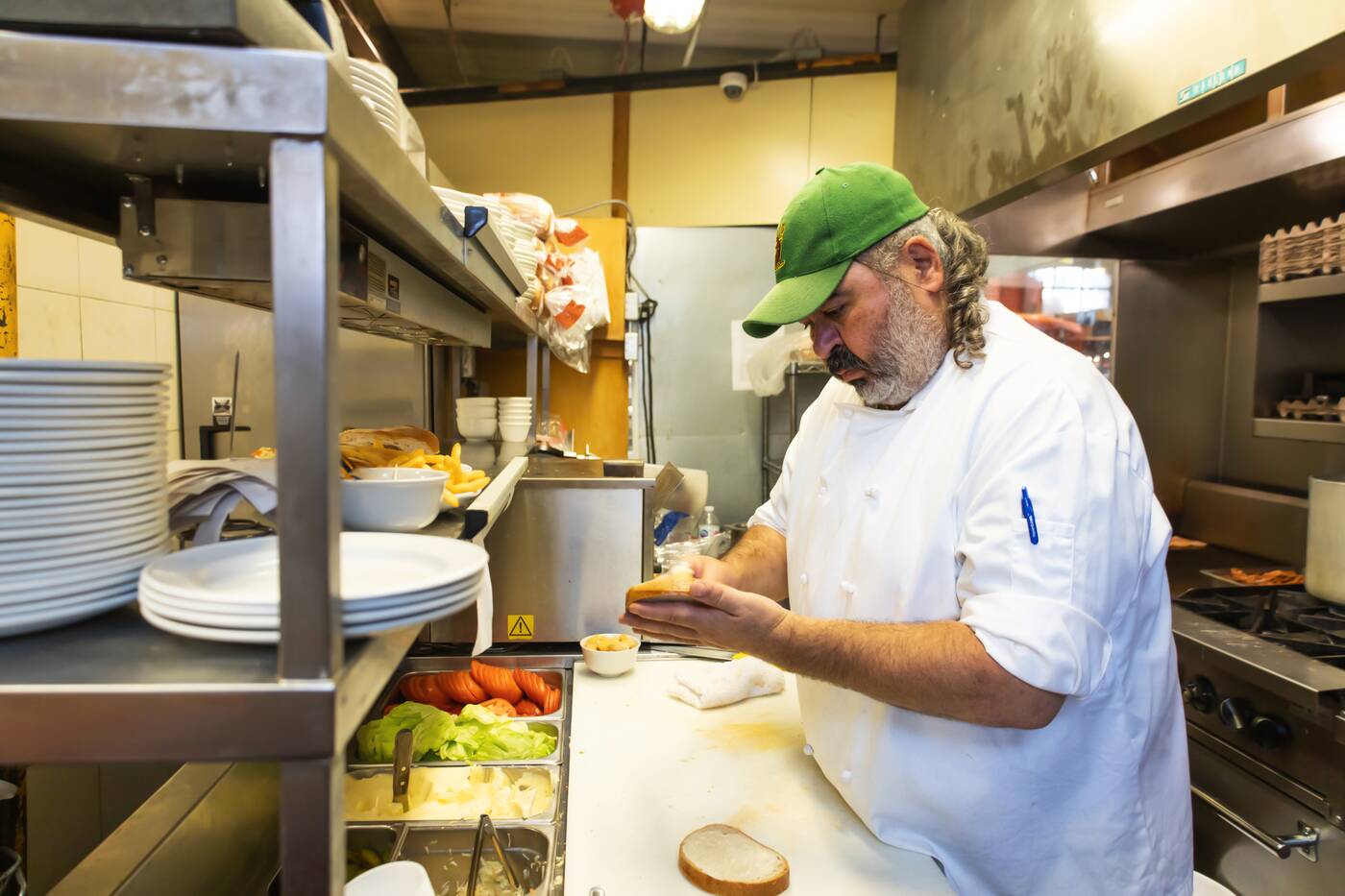 The spot was bought by the father and uncle of the current owners, the uncle selling Effie's brother Bill his half in 1997. 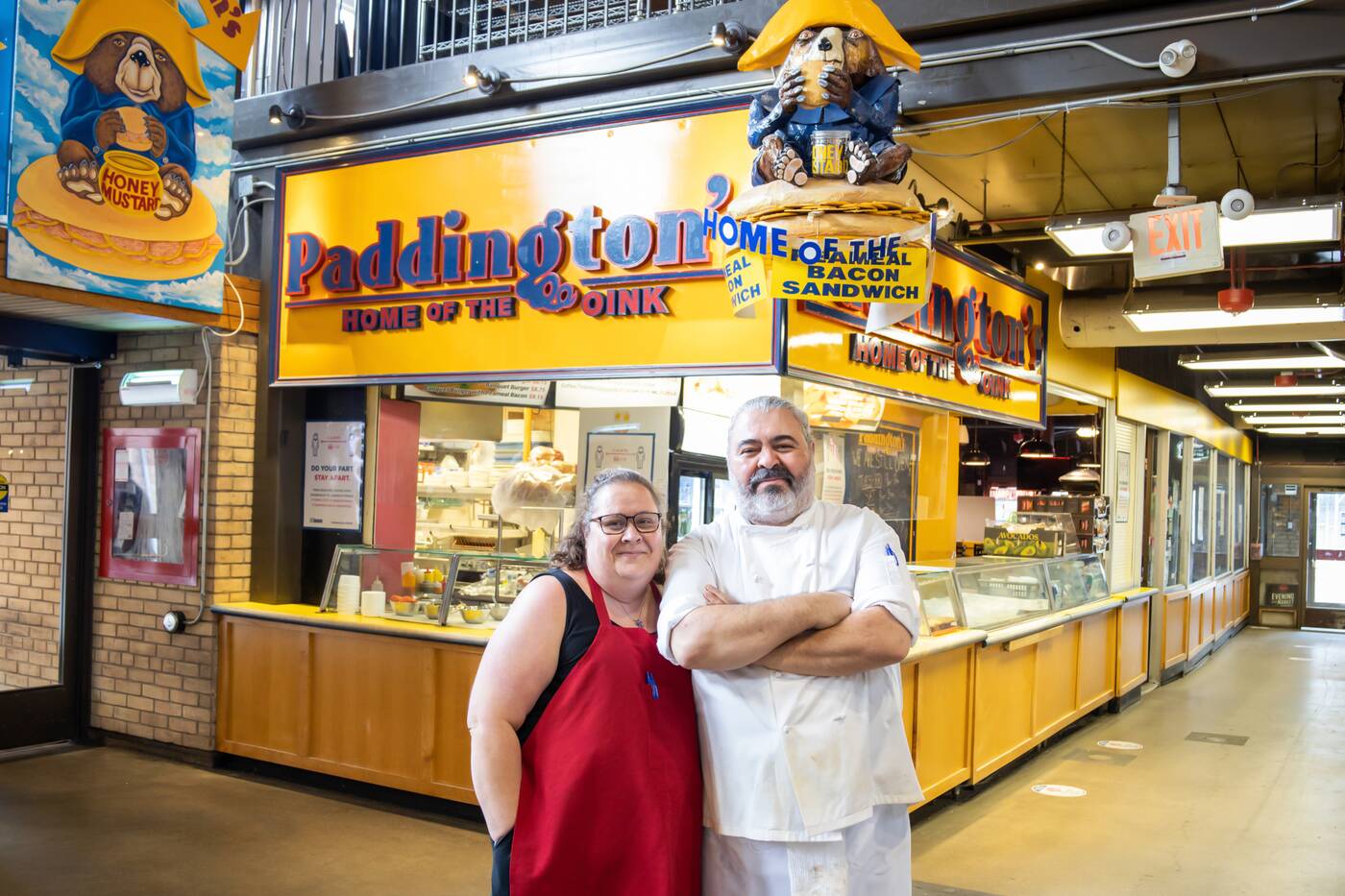 When Effie's father wanted to retire himself, he sold his half to his daughter in 2006, the spot passed down from the pair of brothers to the brother and sister team.

They still serve what they call their famous Oink on a Kaiser. The only available upgrade to the ruthlessly simple sandwich is the option to add Swiss or cheddar cheese. 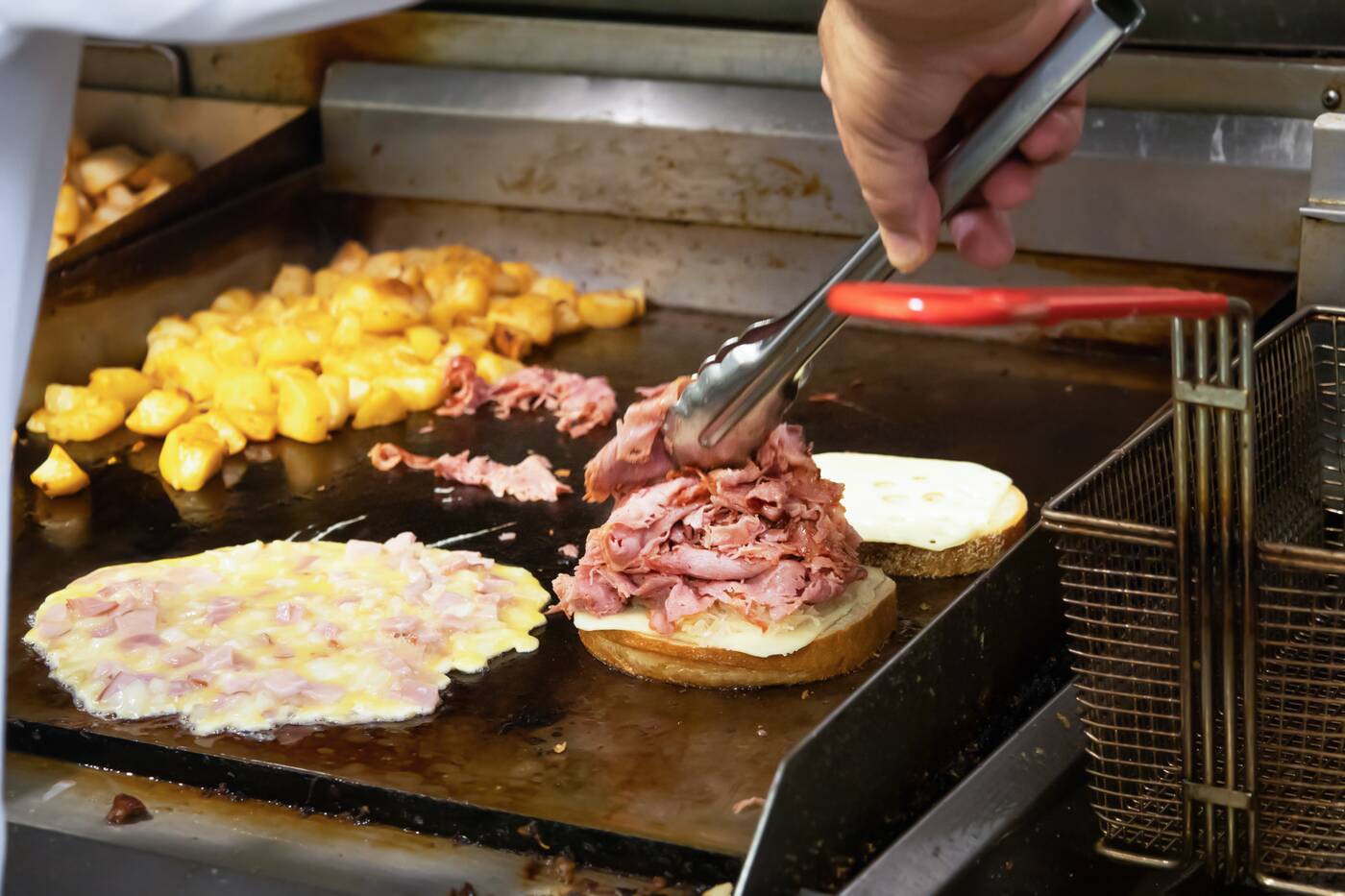 The place is a classic diner with all day breakfast, soups, salads and burgers on the menu. 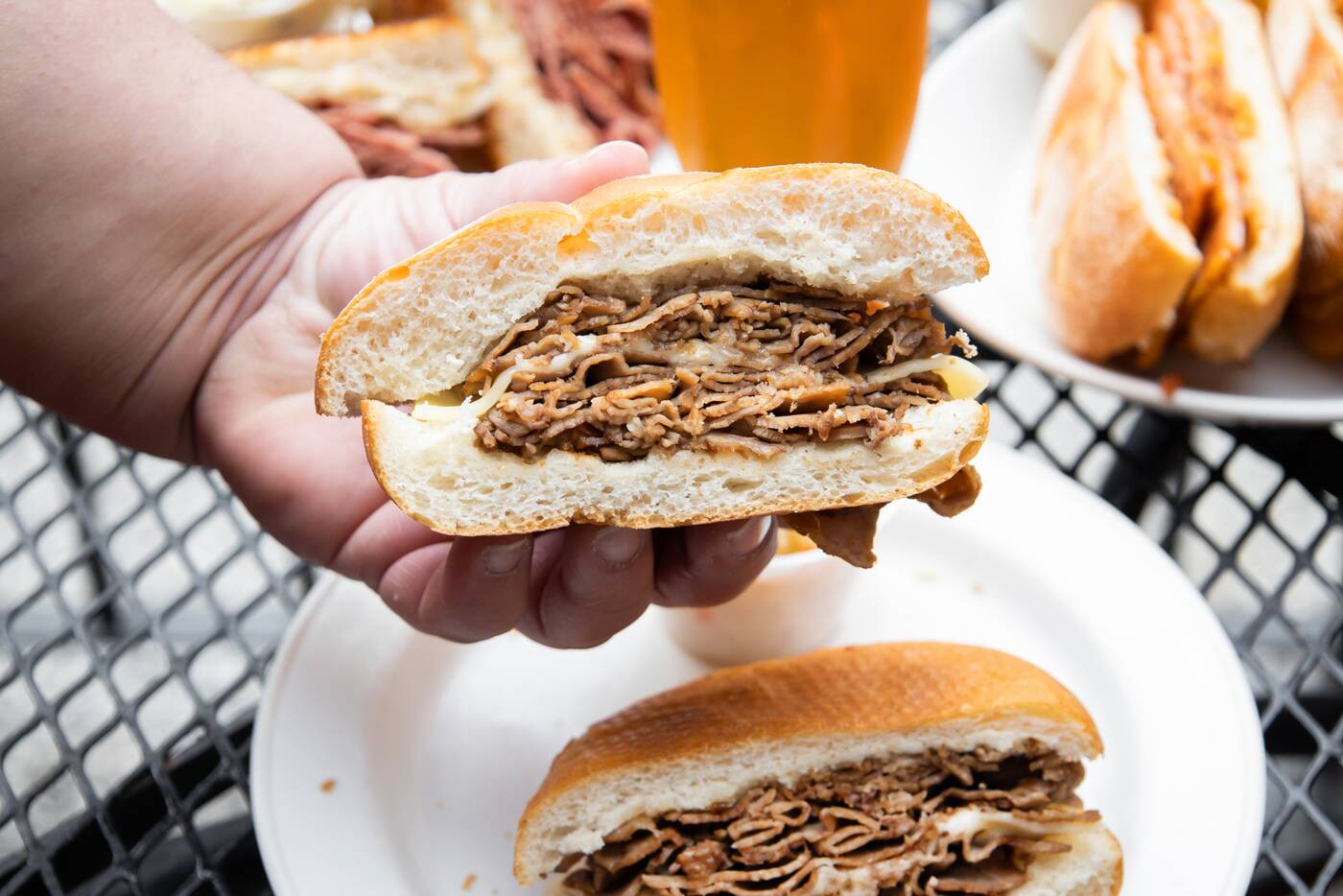 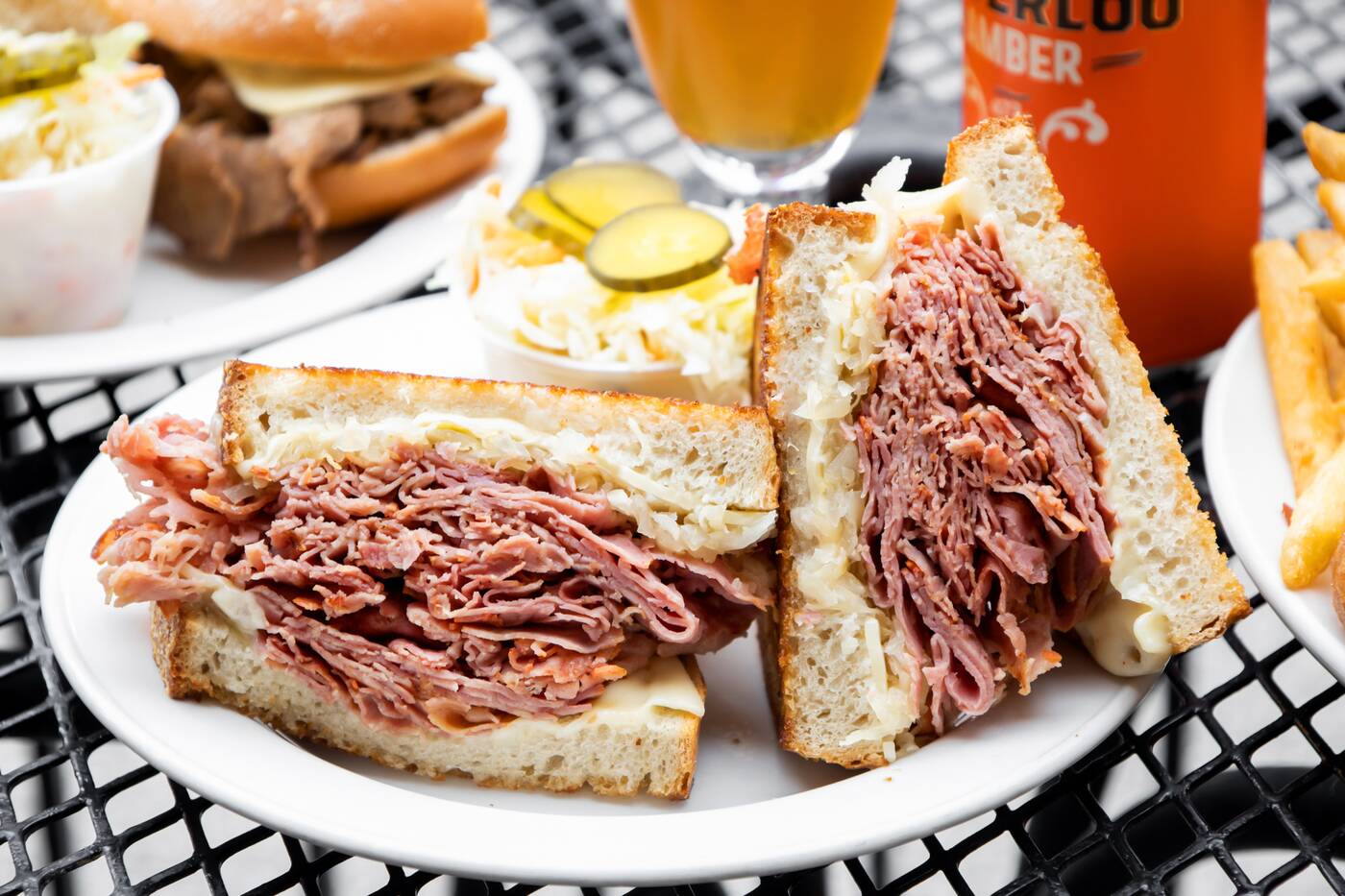 They've made some updates to the menu over the years, but always try to keep everything pork-centric to play off their reputation for bacon.

A pulled pork benedict has been added to the menu, and they've made their own bacon jam to use in sandwiches. 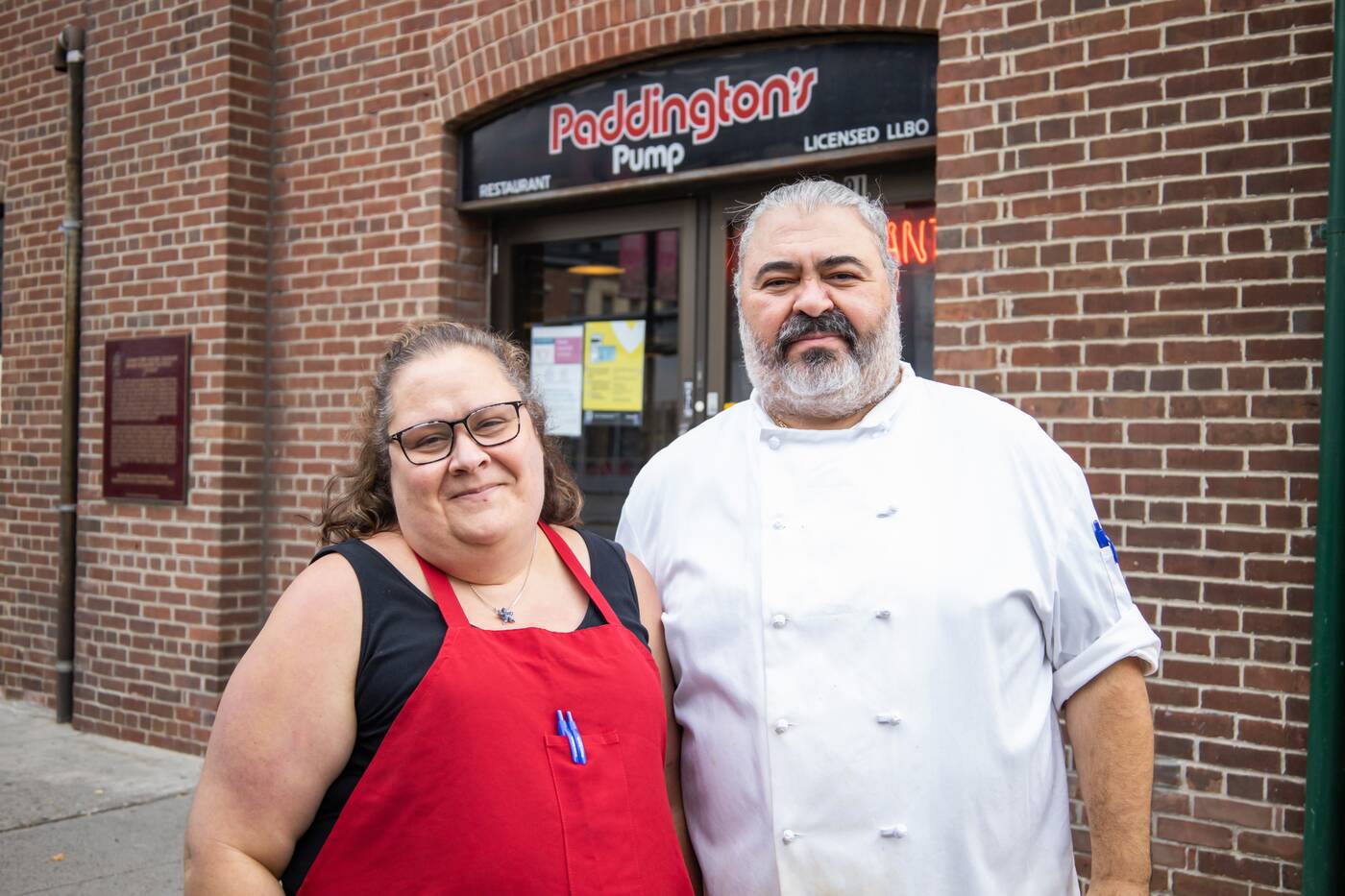 Bill loves New Orleans, so they also like to do New-Orleans-themed specials during their busier season. 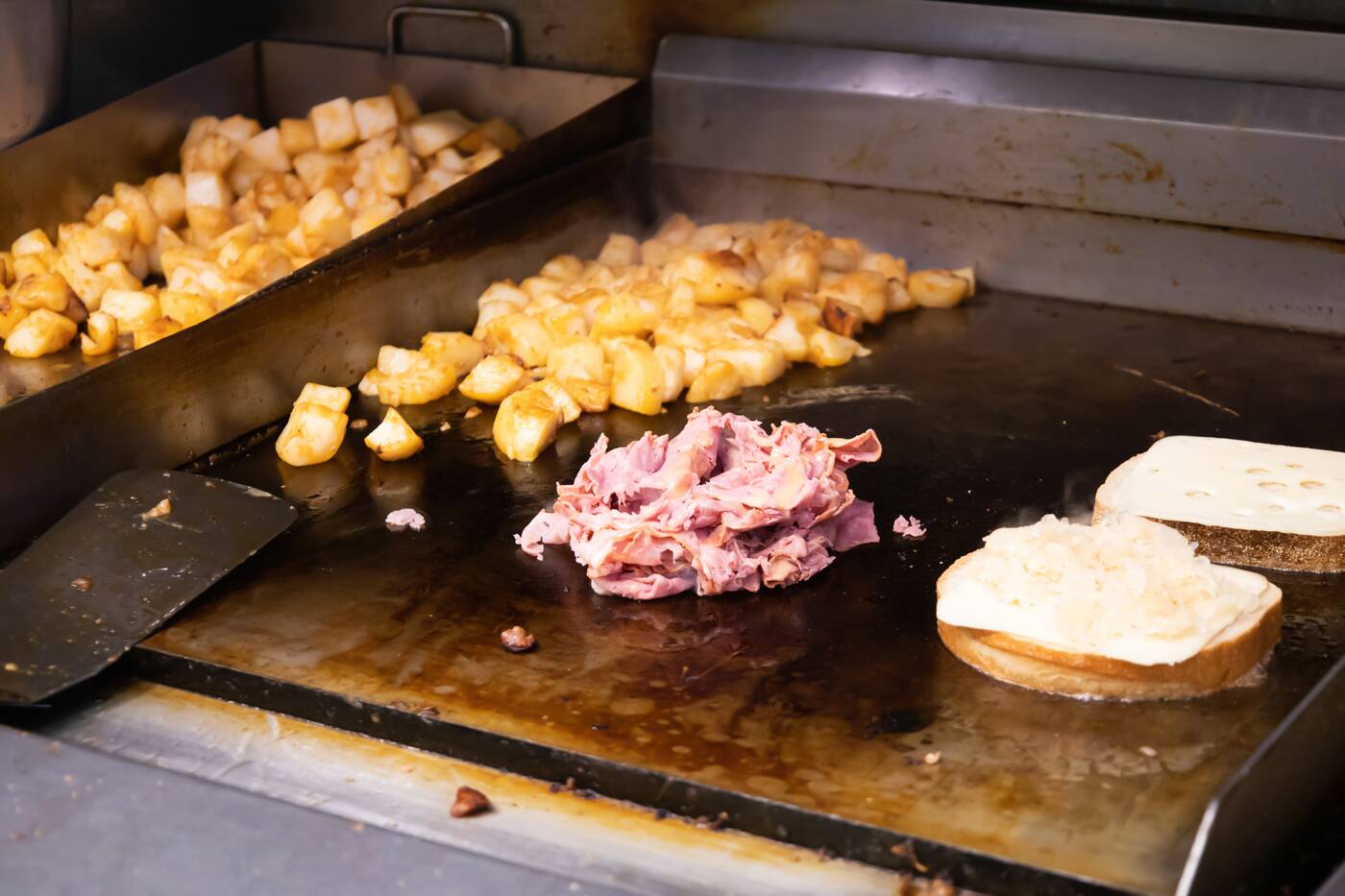 "Some of the fixtures have been updated and some equipment has been modernized but we have tried to keep the old diner feel," says Tziamouranis.

"We are planning a more extensive renovation that will still keep the old feel but bring us into current trends."

So, what do they think of the other most famous peameal bacon sandwich in Toronto, and the fact that it's available right in the same marketplace? 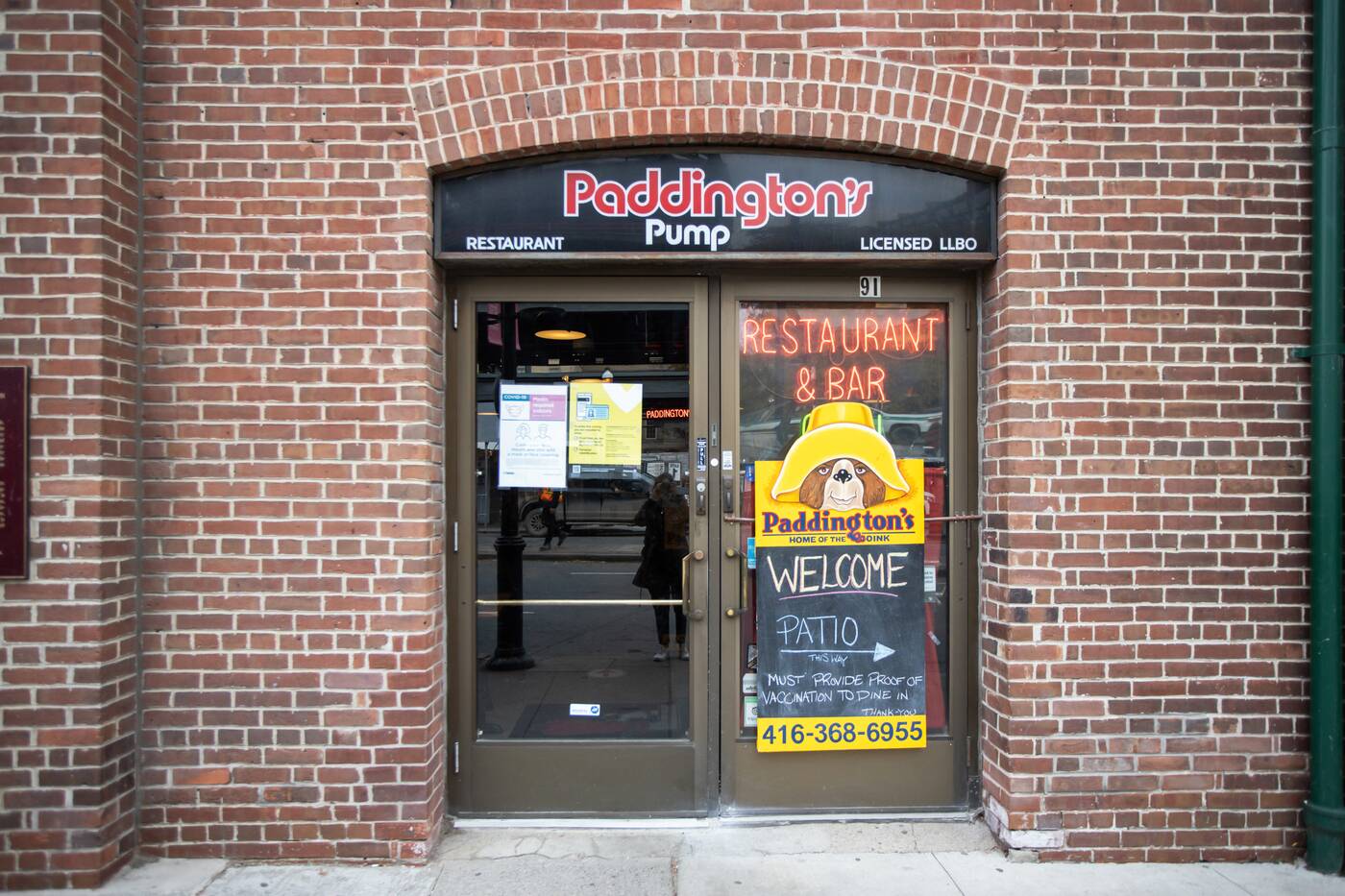 "Competition is a healthy thing in a situation like ours is in the market," says Tziamouranis.

"It's good that there is choice. We actually encourage people to try Carousel first and then try ours so they can see for themselves that our made-to-order sandwich is the better option."