A Montreal-style BBQ restaurant has shut down in Toronto, a notice posted on the door of the business from the landlord.

The notice of distress says Montreal Style BBQ at Pape and Danforth has been secured by Apex Property Management on behalf of the owner. 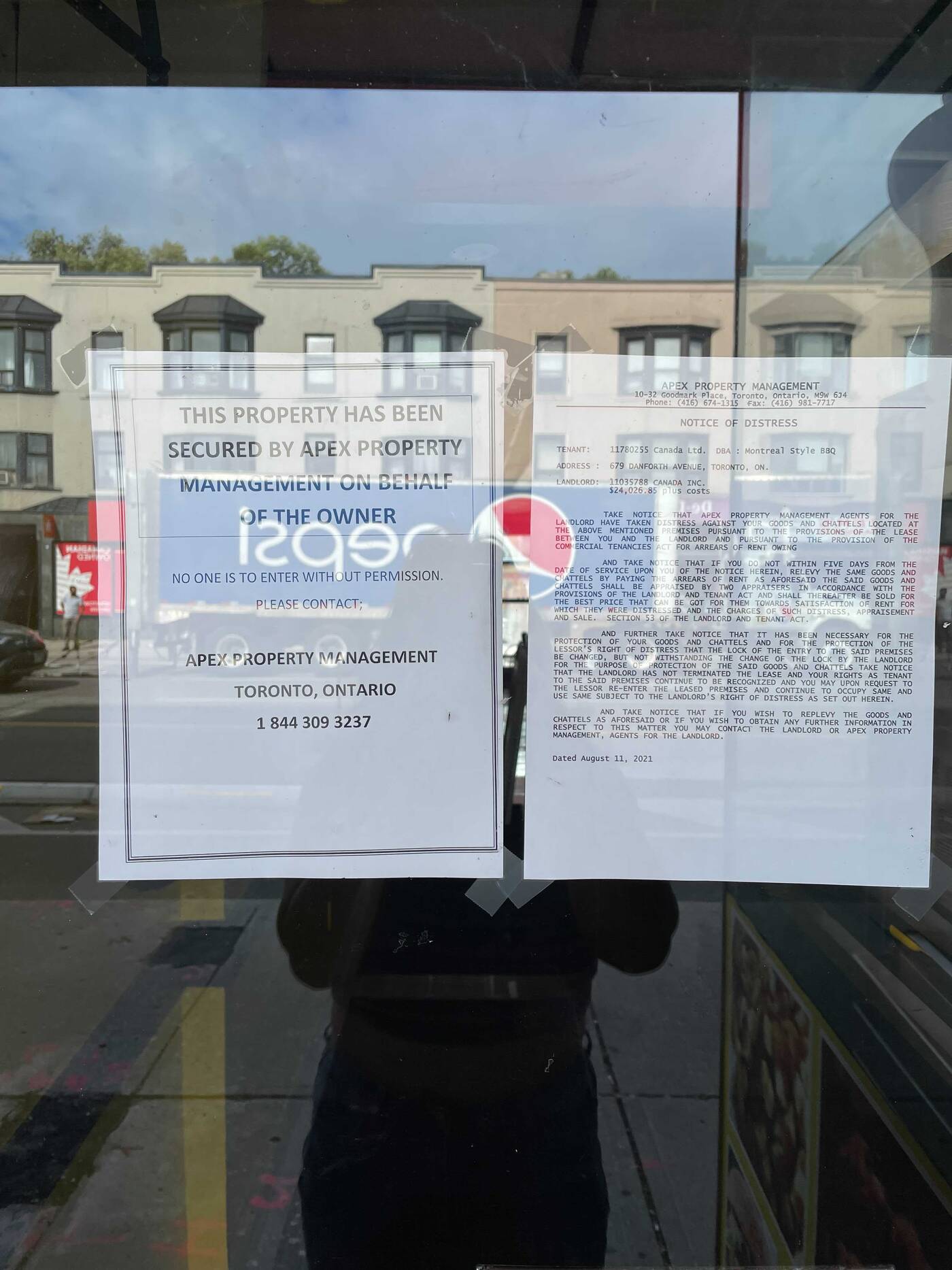 Notice of distress posted at the Danforth location of Montreal Style BBQ. Photo by Michelle Payot.

The restaurant was a source for smoked meat sandwiches, poutine, ribs and rotisserie chicken.

The website for Montreal Style BBQ is now gone, but the brand had operated two other locations in Toronto, one on Wilson in North York and one near Jane and Lawrence.

The owner once said he was planning on opening more locations within the GTA, having only recently opened these original locations in the city.