The food truck scene ain't what it used to be in Toronto, but a small portion of the city's population is enjoying a pair of new food trucks this week. Not food trucks in the traditional sense: Their limited clientele will be referring to them as canteen units.

These aren't the kind of food trucks where lunch crowds will flock for the latest food craze. Instead, the trucks will be on call at all times to provide snacks, beverages, and mobile kitchens to Toronto Fire Services responding to situations across the city.

History was made when @GTMAA took possession of the club’s newest canteen unit. We would like to thank @Toronto_Fire , the Apparatus Committee, the Mechanical Division, Division Chief Rob Anselmi, Acting District Chief Steve Buckingham, and everyone else that helped. pic.twitter.com/gNSBA7rCpI

Though owned by the City of Toronto, these vehicles are staffed by non-profit support organizations affiliated with TFS; one of the vehicles is operated by the BOX 12 Association and the other by the Greater Toronto Multiple Alarm Association (GTMAA).

The GTMAA's newest canteen unit — known as Support 7 — still bears the distinctive red and yellow livery and logo of TFS. 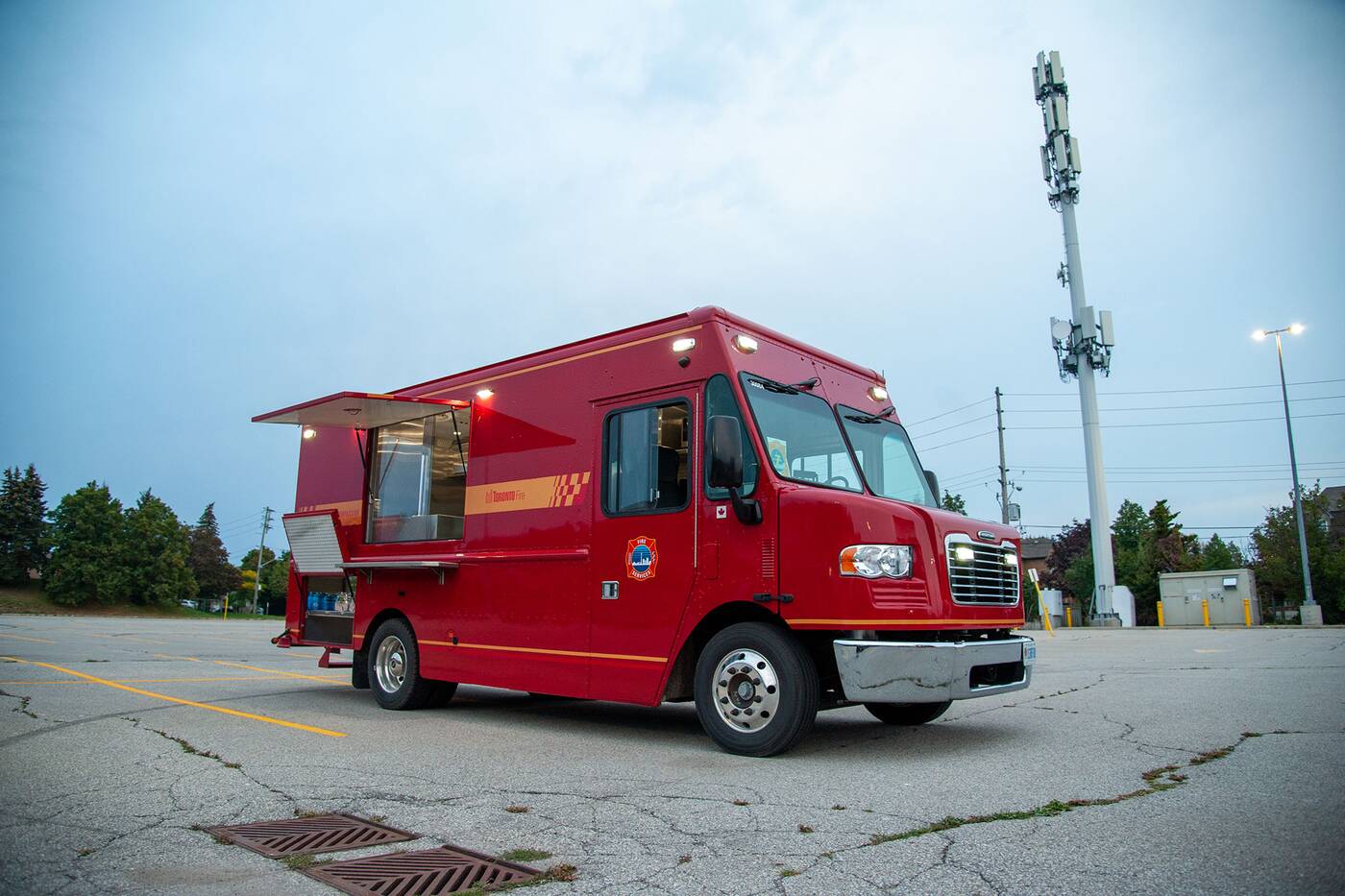 Jeremy Reigber of Toronto Fire Services Support tells blogTO, "the canteen unit is on call 24/7, 365 days a year. We are not staffed like a normal fire truck is as we do not stay at the hall."

Firefighters won't be getting any of the high-priced gourmet food trends that defined Toronto's mid-2010s food truck boom. Canteen trucks provide crews with the essentials for their demanding jobs, without the frills we've come to associate with food service on wheels. 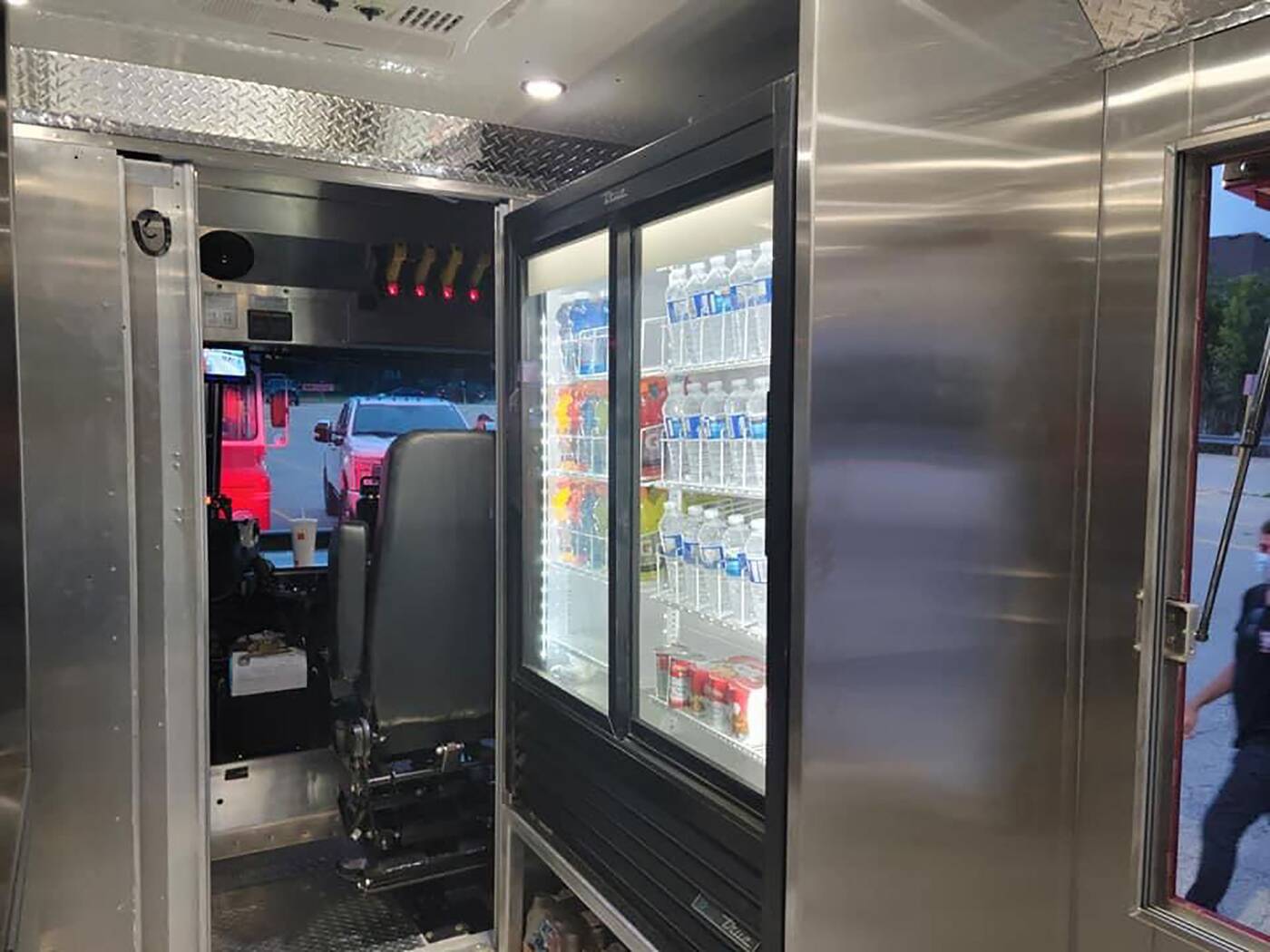 This includes fridges fully stocked with bottled water and sports drinks to rehydrate exhausted crews, plus a spread of snacks for quick caloric boosts, and, most importantly, plenty of coffee. 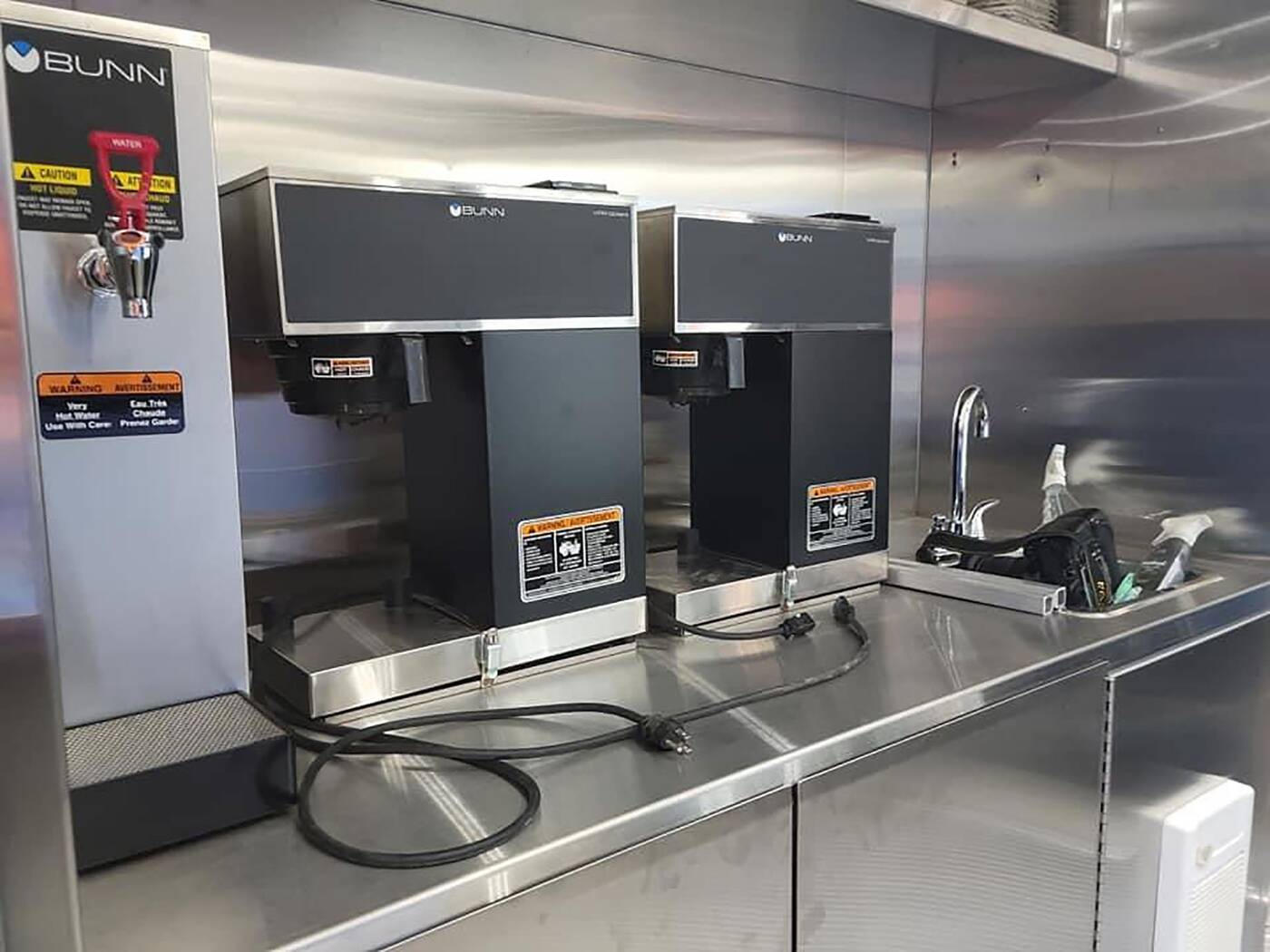 Much of the counter space is dedicated to a pair of Bunn coffee machines, ensuring that the java is constantly flowing in a job where alertness can be a life or death factor.