Toronto just got a secret new patio for beer and tacos

The people behind Bar Sybanne first came up with the idea way back in May, when things were at their most uncertain, especially when it came to restrictions surrounding indoor dining. 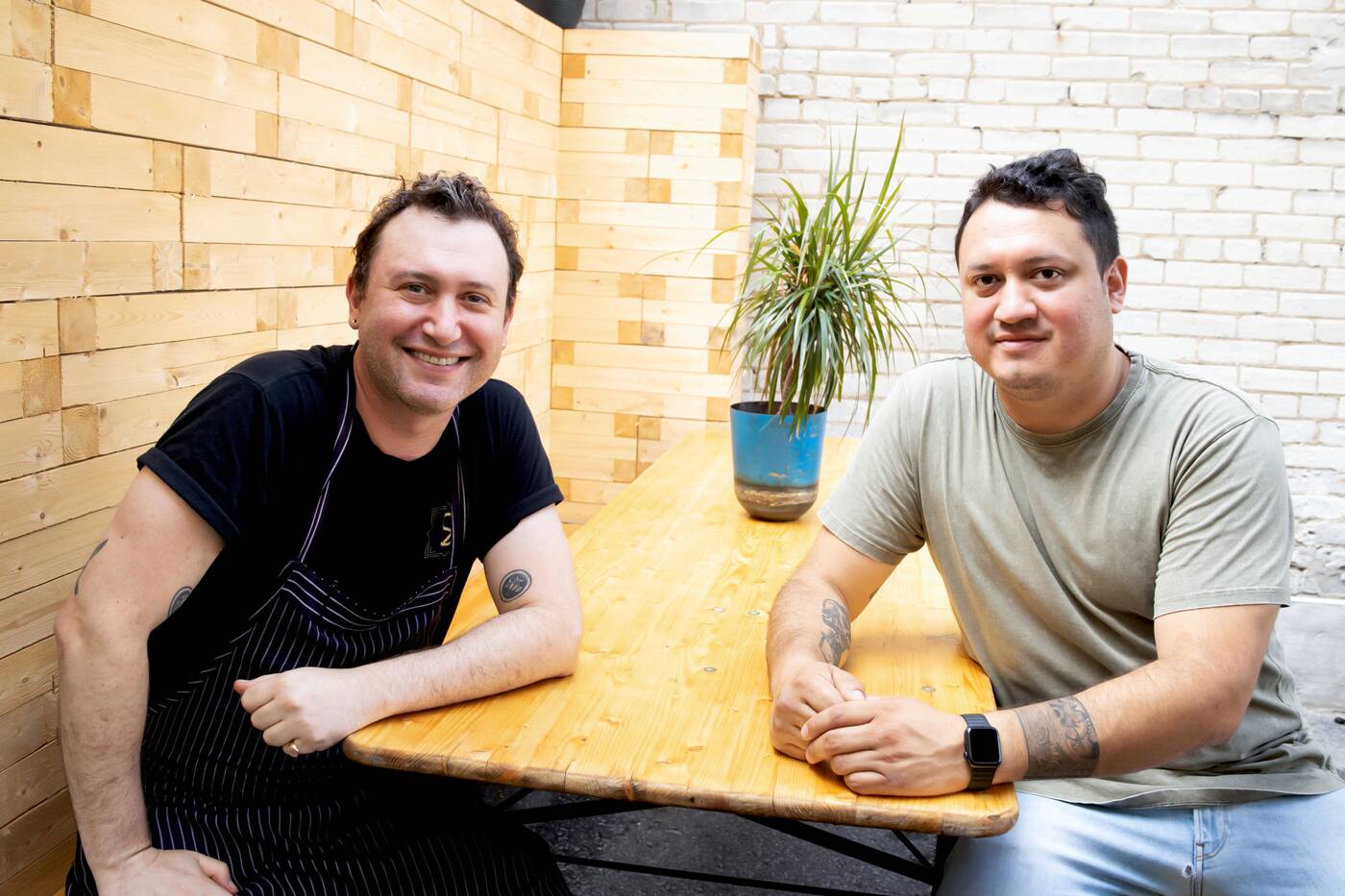 "As the uncertainty of opening indoor dining grew and sales of Uber Eats would decrease when patios opened, we knew we were not going to be able to survive with the 20 seats that our front CafeTO patio would offer," Sybanne operating partner Carlos Crespo tells blogTO. 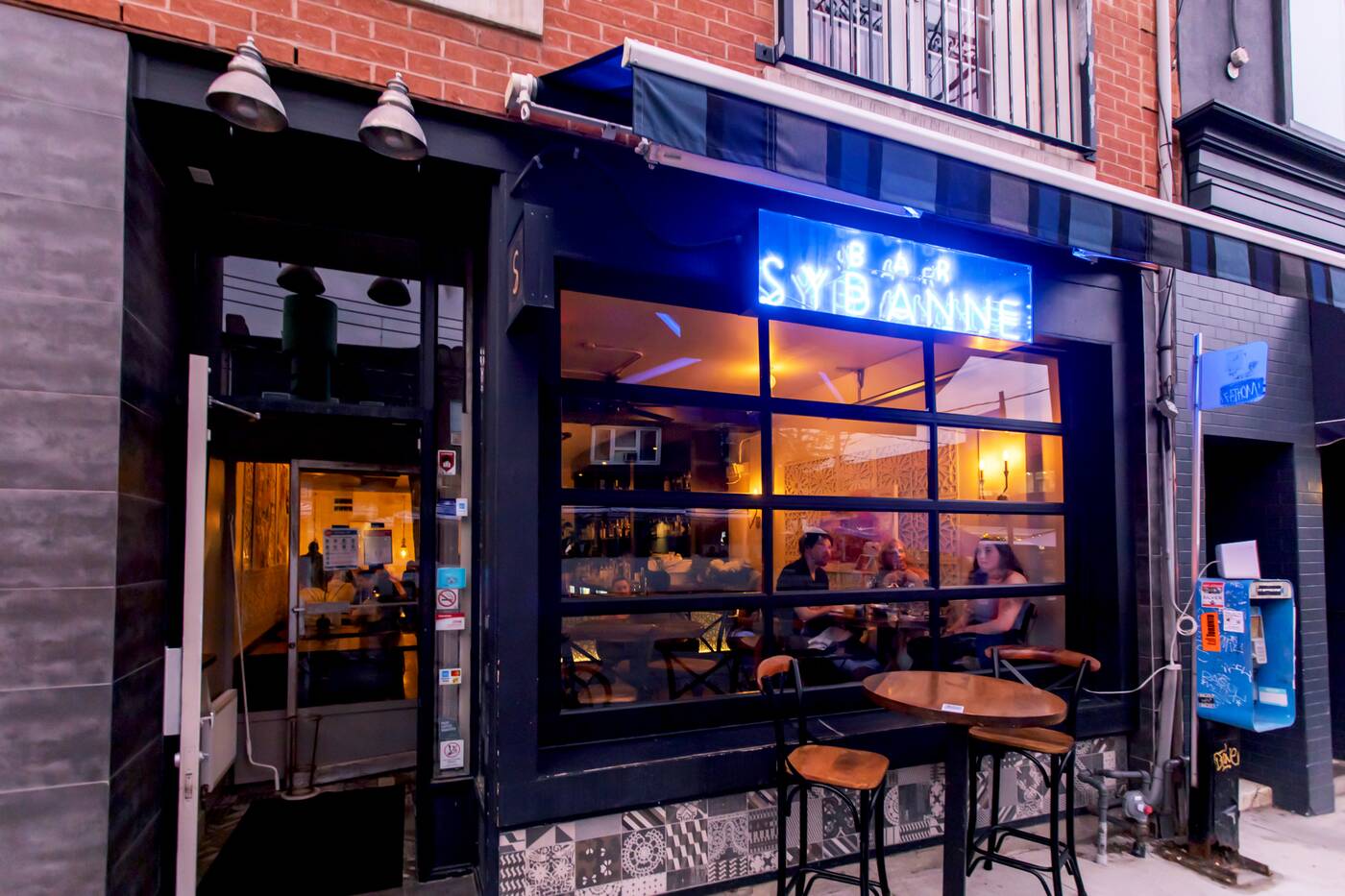 The restaurant needed to come up with an idea that would bring in extra money to get them through to the next stages of reopening. 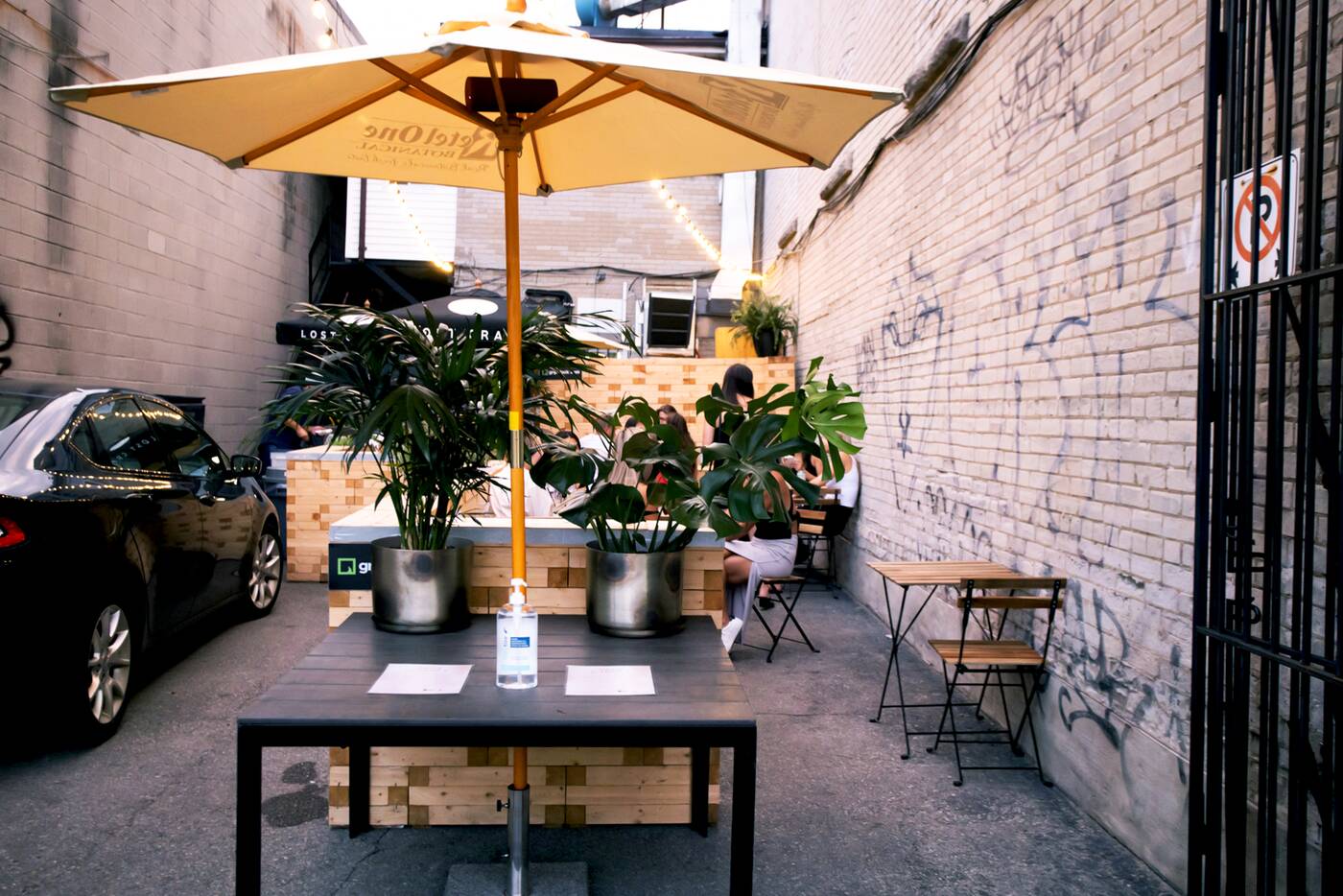 So, where others might see nothing more than a parking garage and garbage space, Crespo and Sybanne owner Howard Dubrovsky saw a brand new patio. 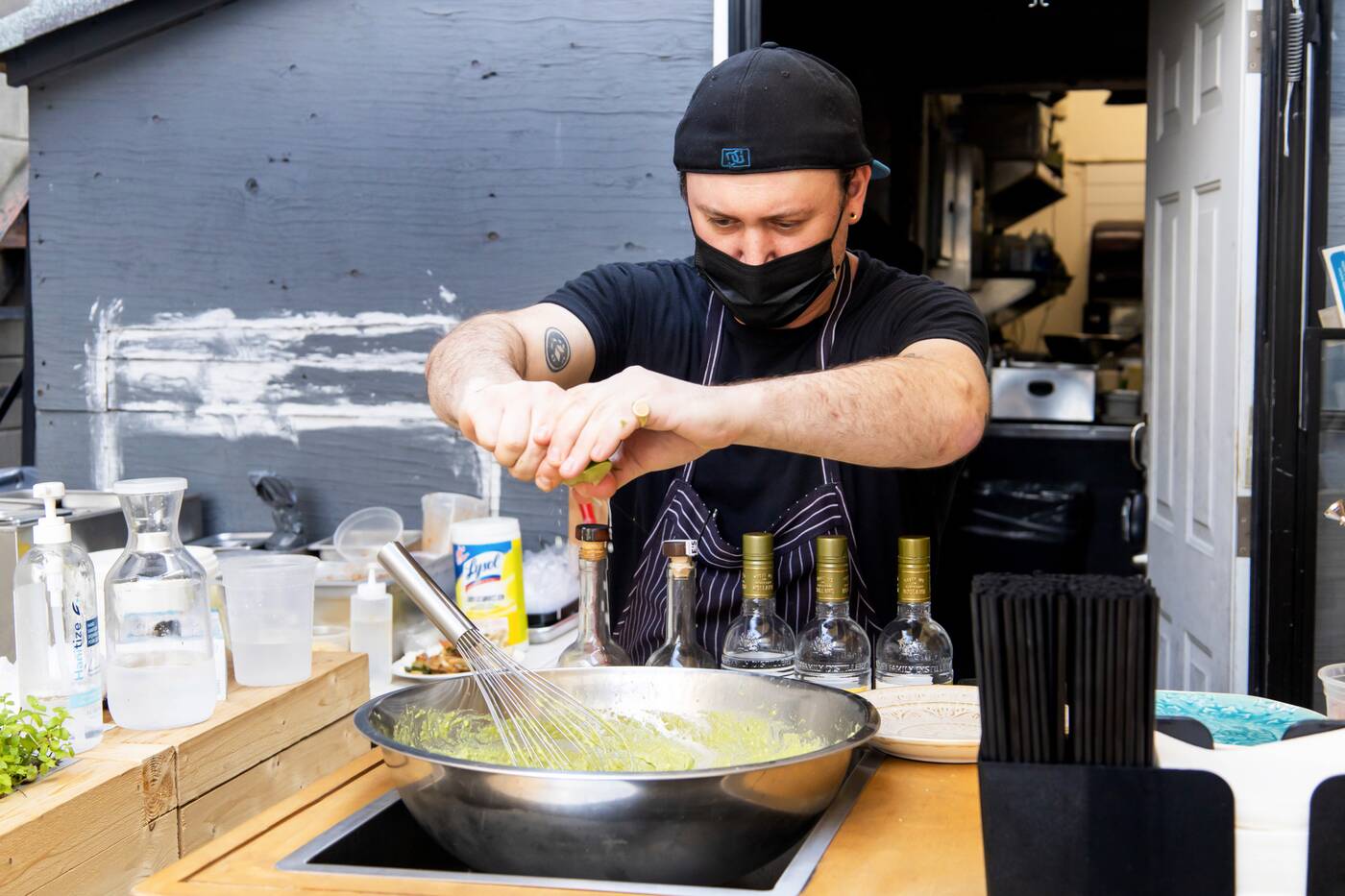 "We thought about putting a few benches and selling beer but then Howard came up with the idea to build a fence, add some plants and make it seem like a nice cute garden," says Crespo. 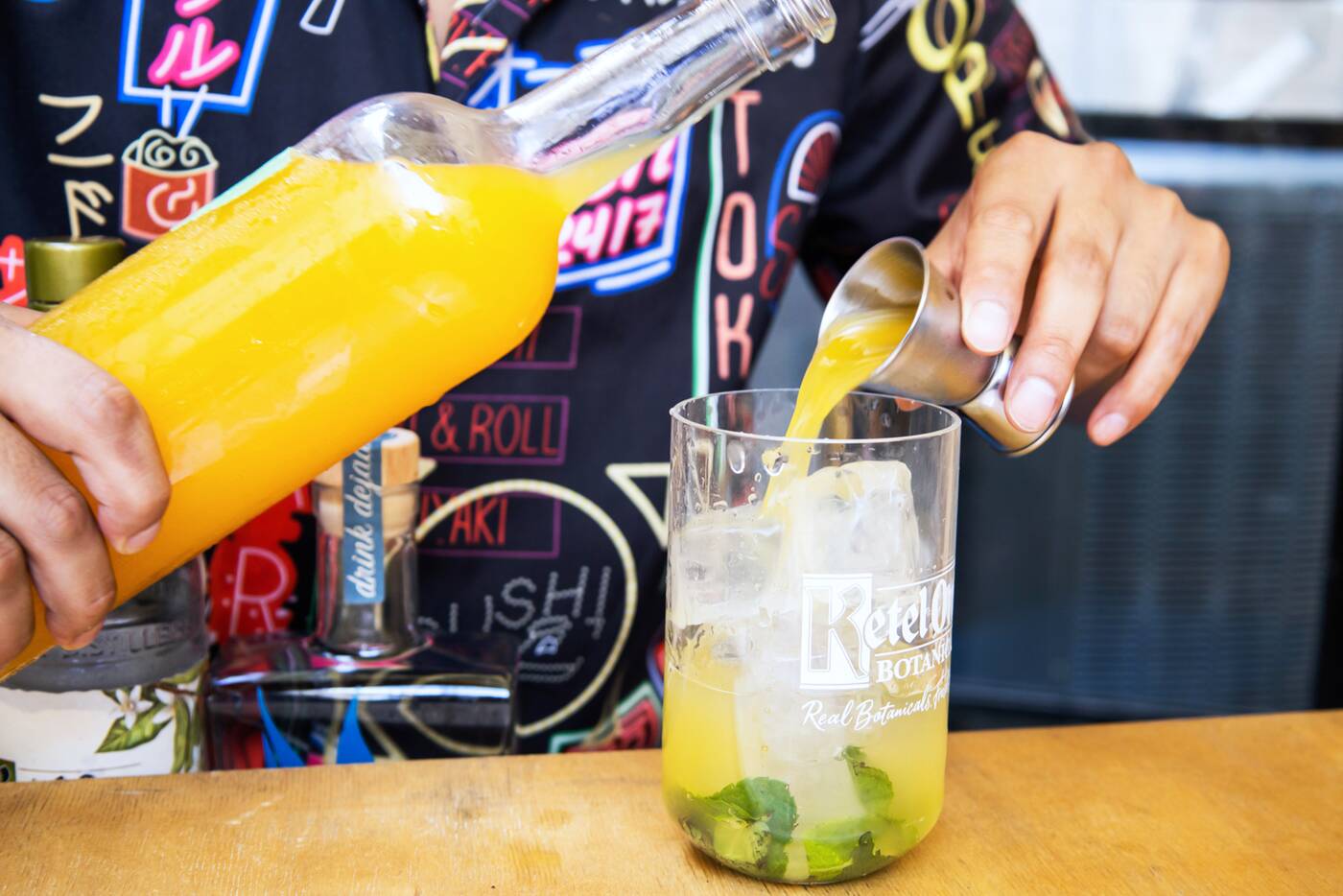 With the go-ahead from their landlord and additional support coming in from booze brands Lost Craft and Ketel One, the patio became a reality. 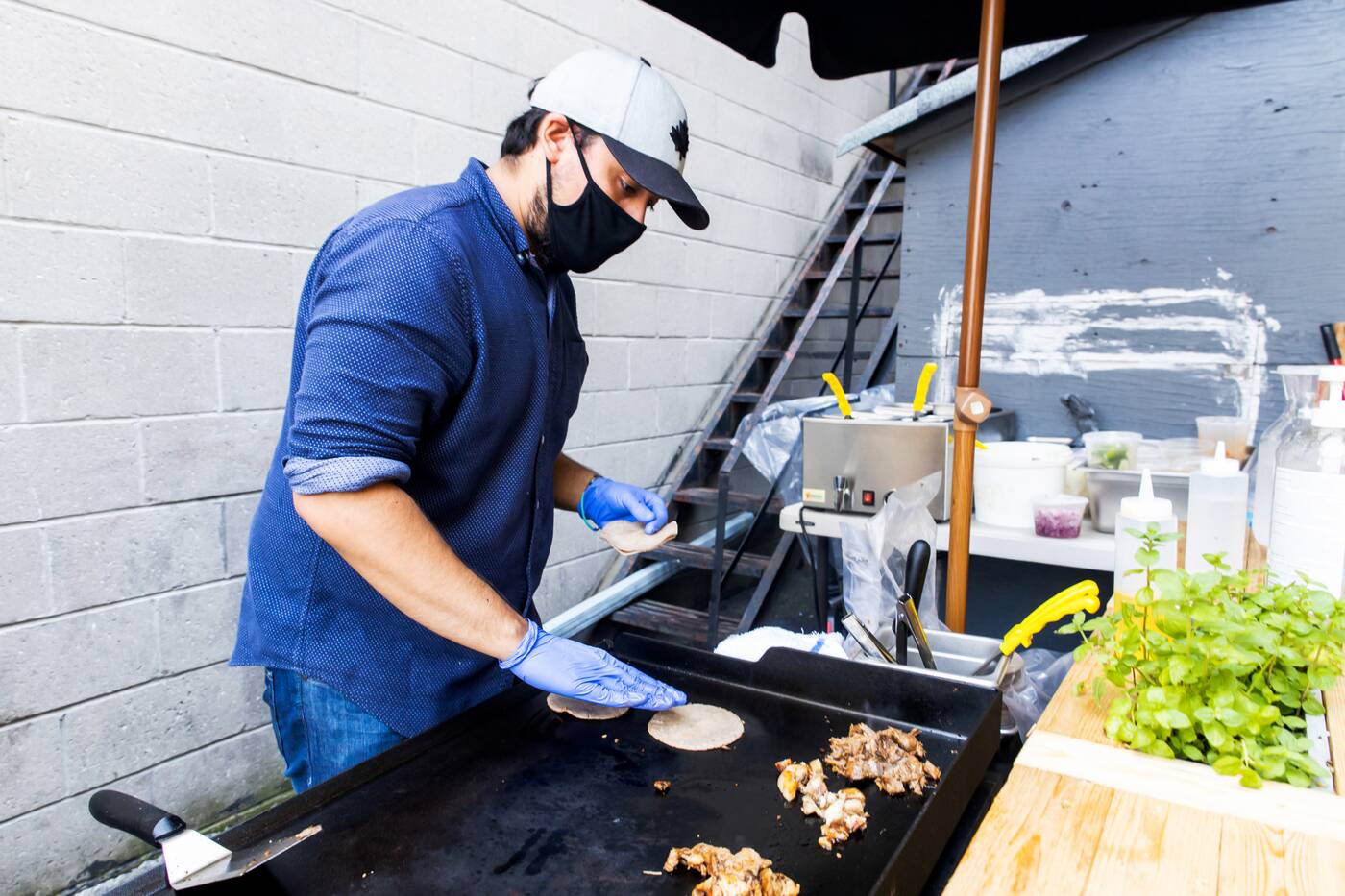 Crespo is also a partner at Mexican pop-up Classico Macha, which Dubrovsky says he's supported since they first started up. 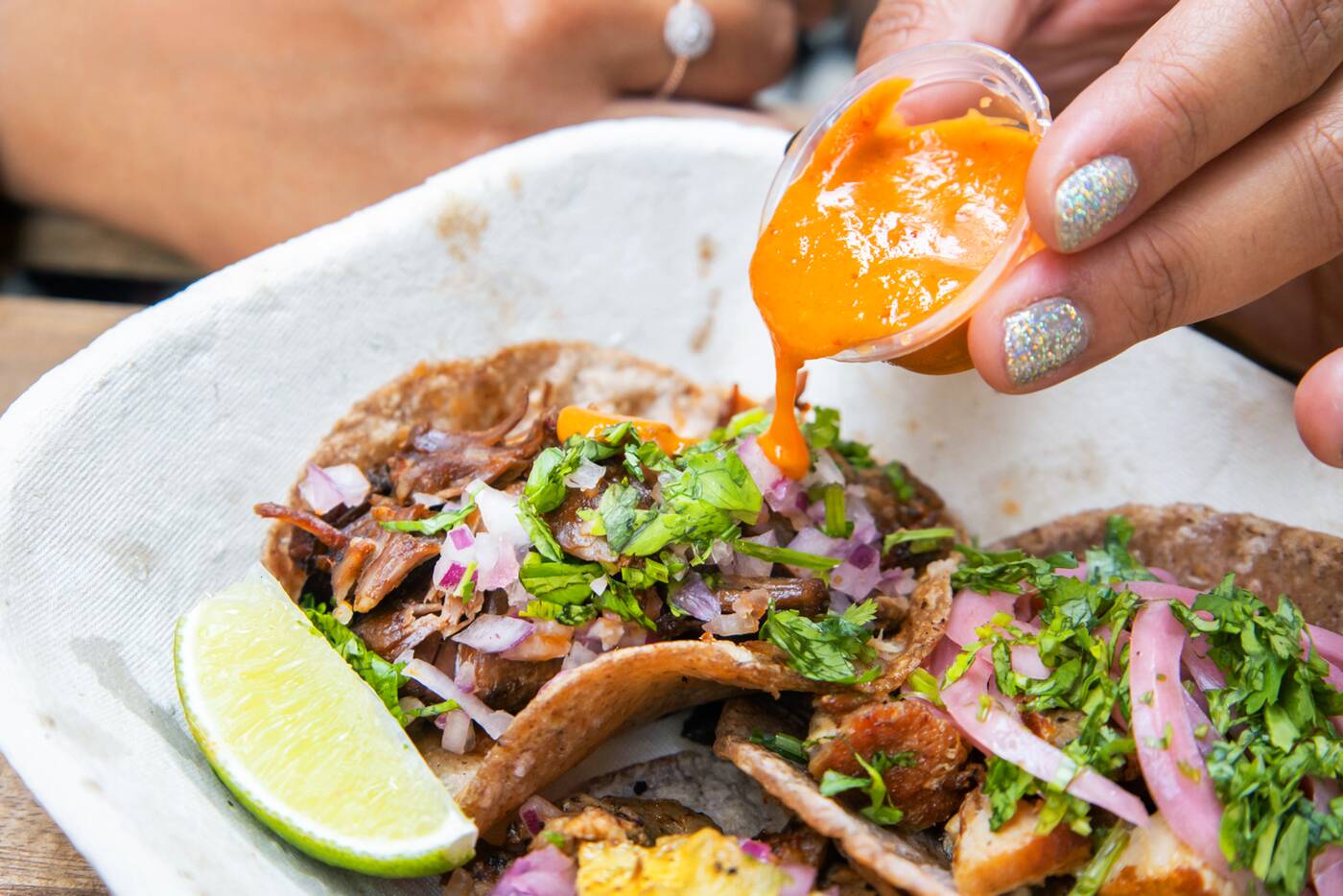 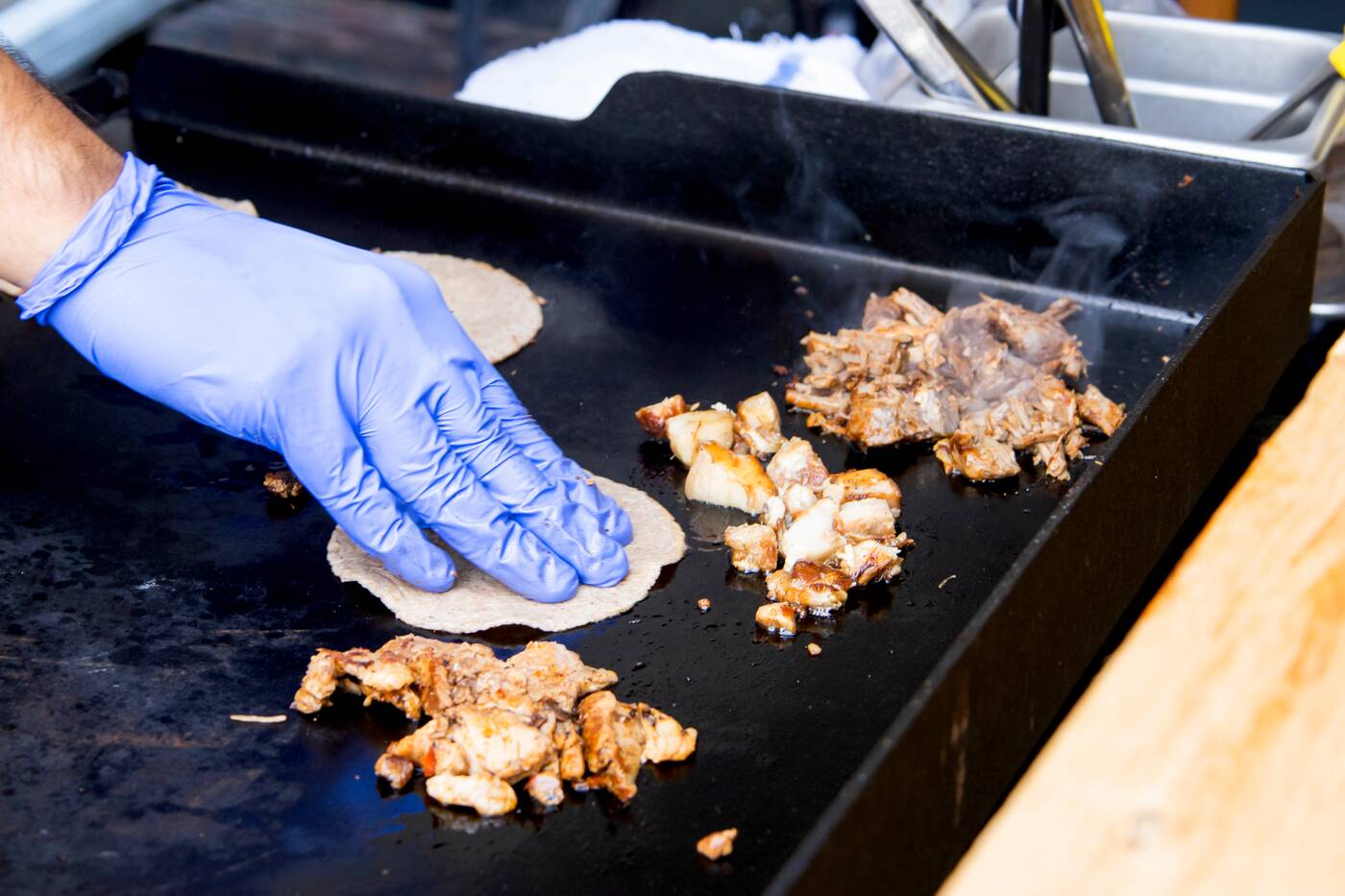 "It just made sense to support our project further while helping to support a new small business," Dubrovsky tells blogTO. 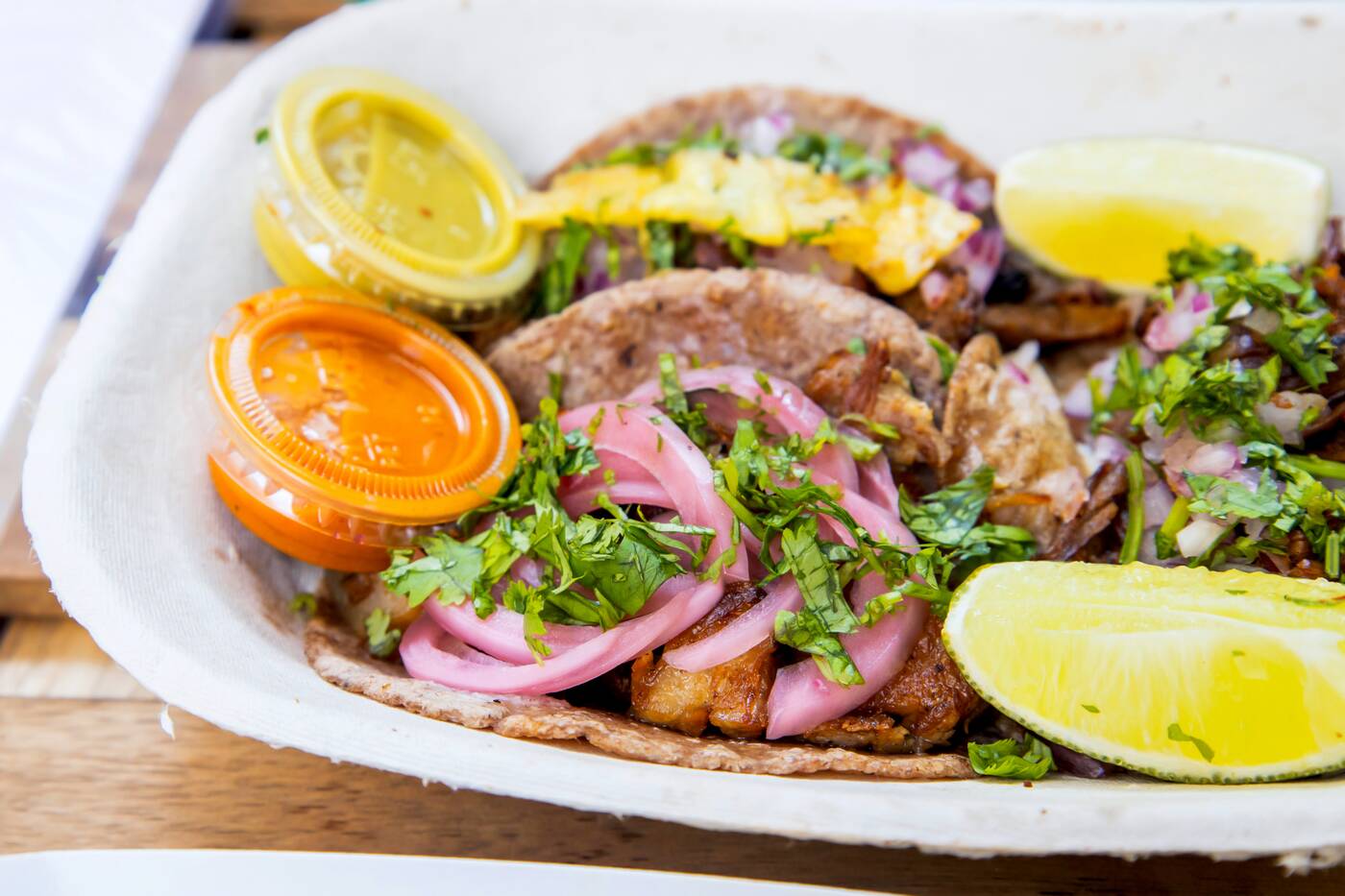 Now, the hidden back beer garden has become a destination for Classico Macha tacos as well as drinks by Lost Craft and Ketel One, all within an atmosphere that's an extension and evolution of the vibes at Sybanne. 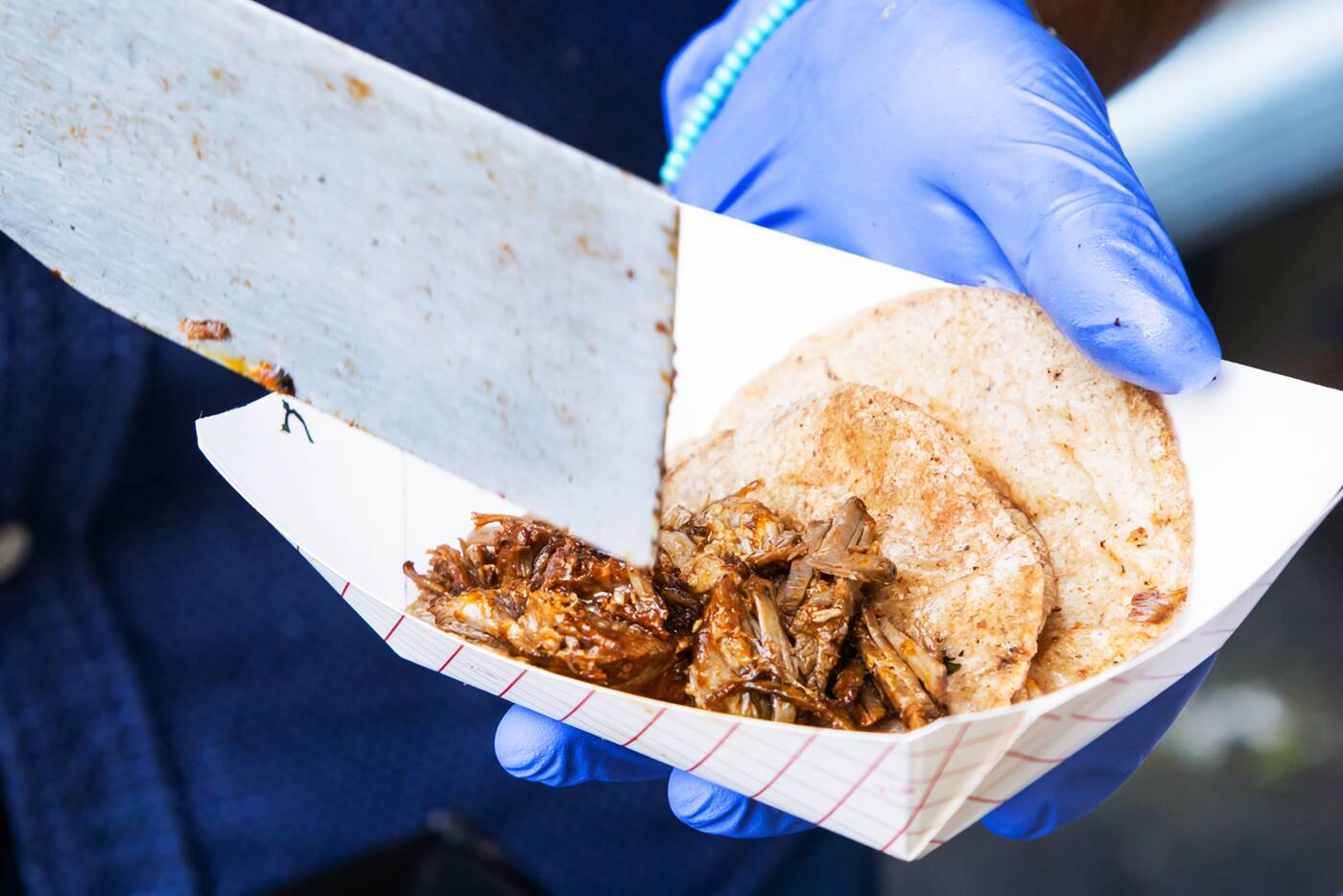 A selection of a half dozen tacos are $7.50 across the board, three meat and three veggie options. 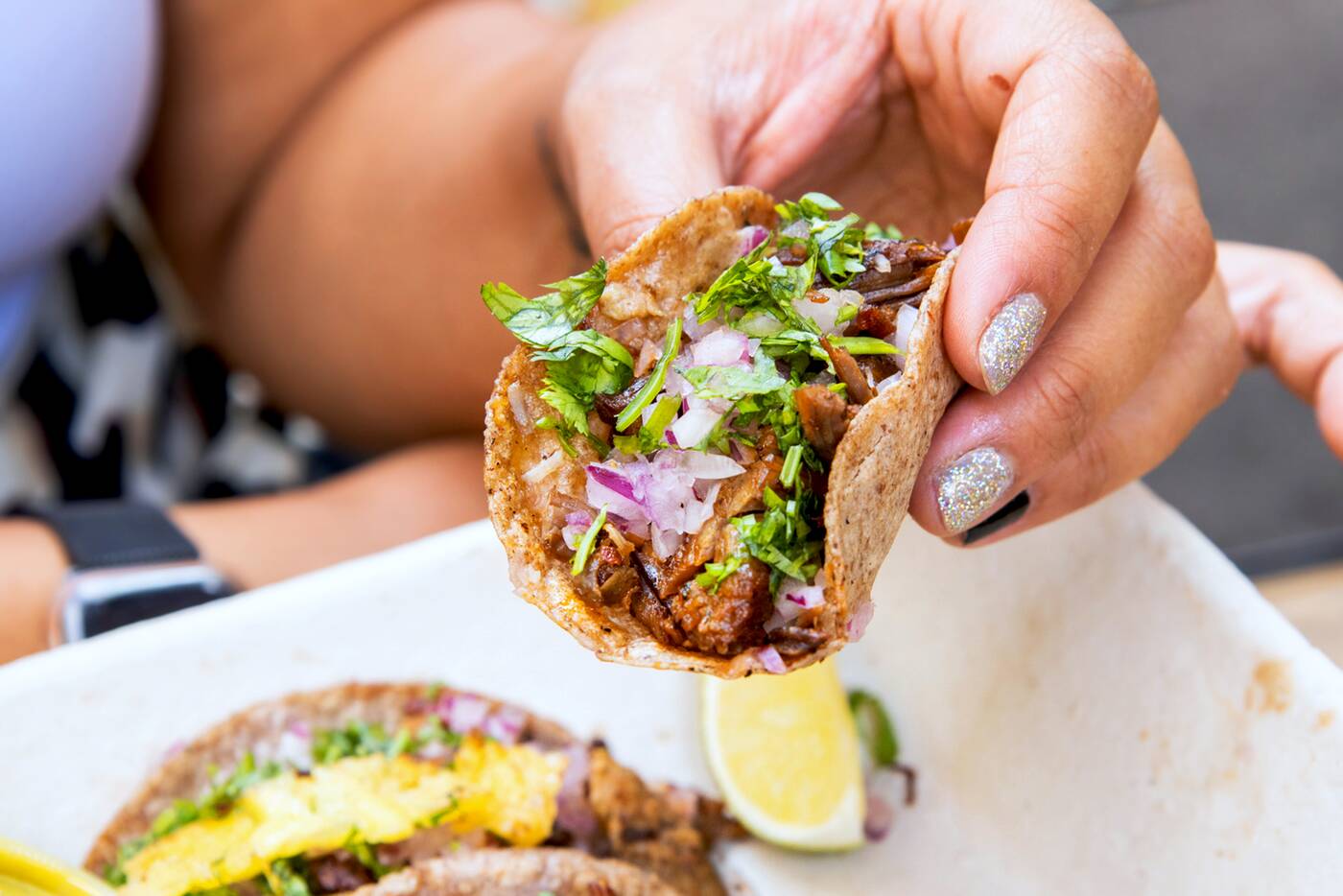 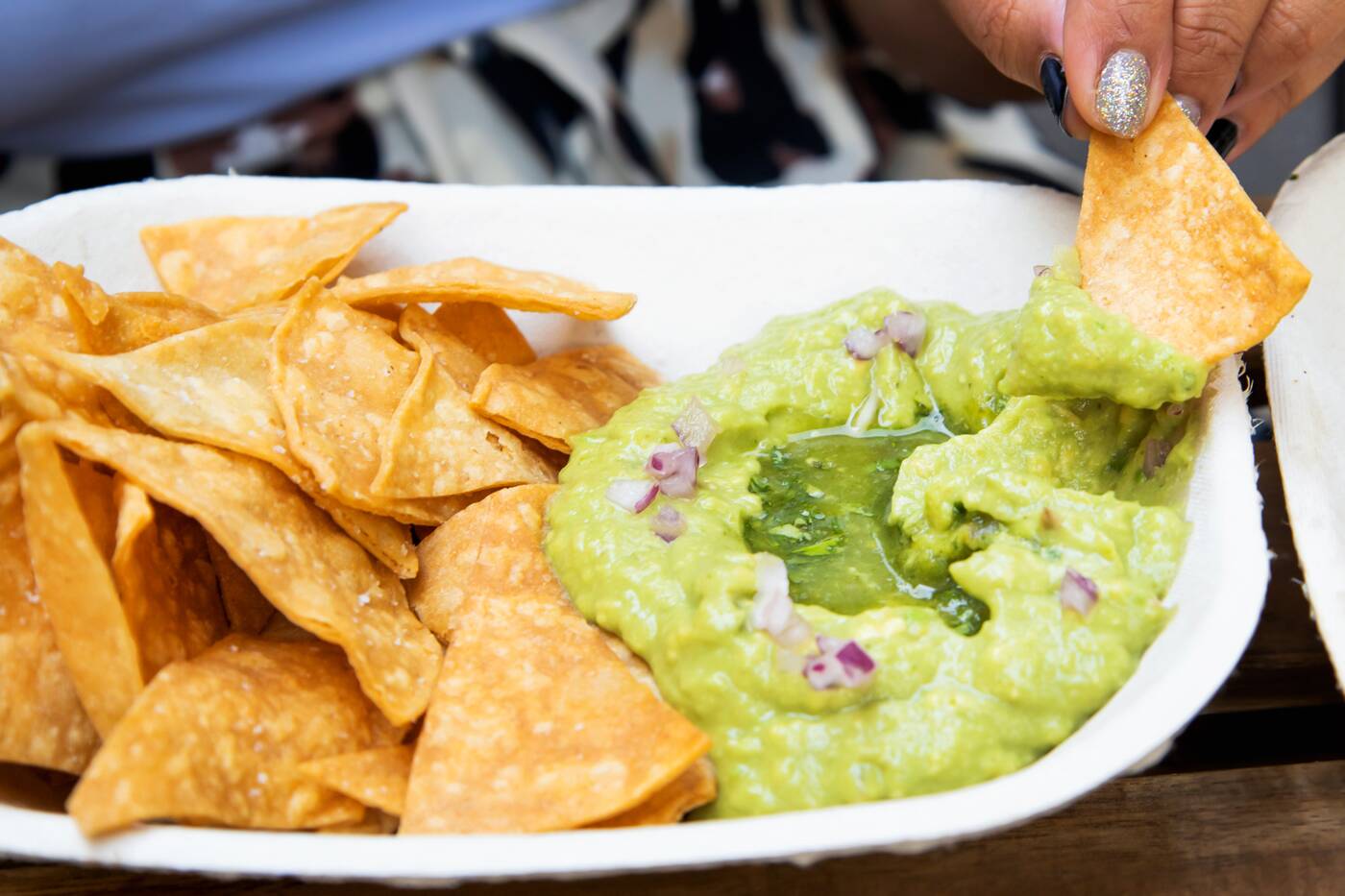 The menu also includes chips and guacamole for $6. 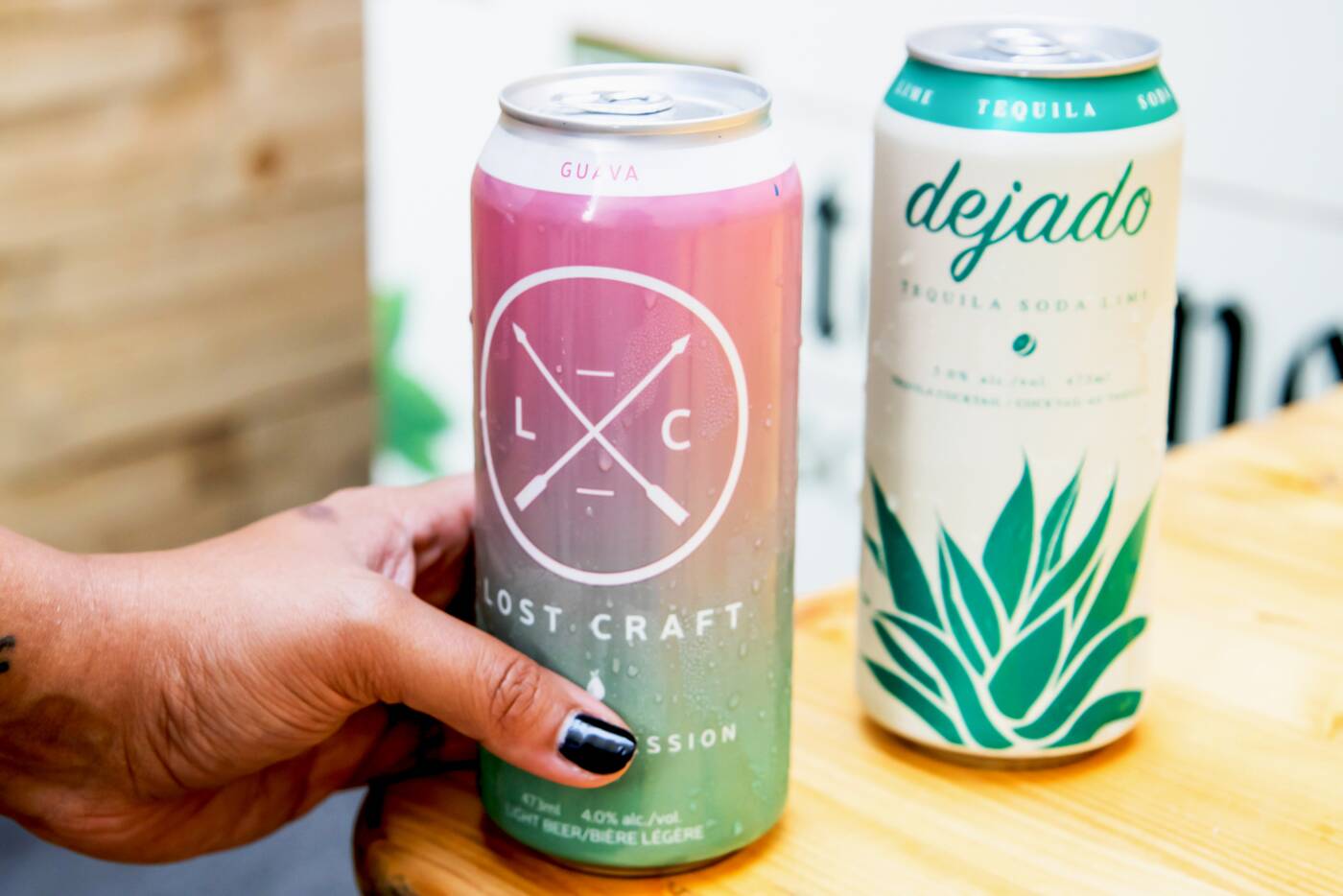 Lost Craft offers five beers and two ciders, plus a Dejado tequila soda lime and a whiskey lemon and soda, all for $8. 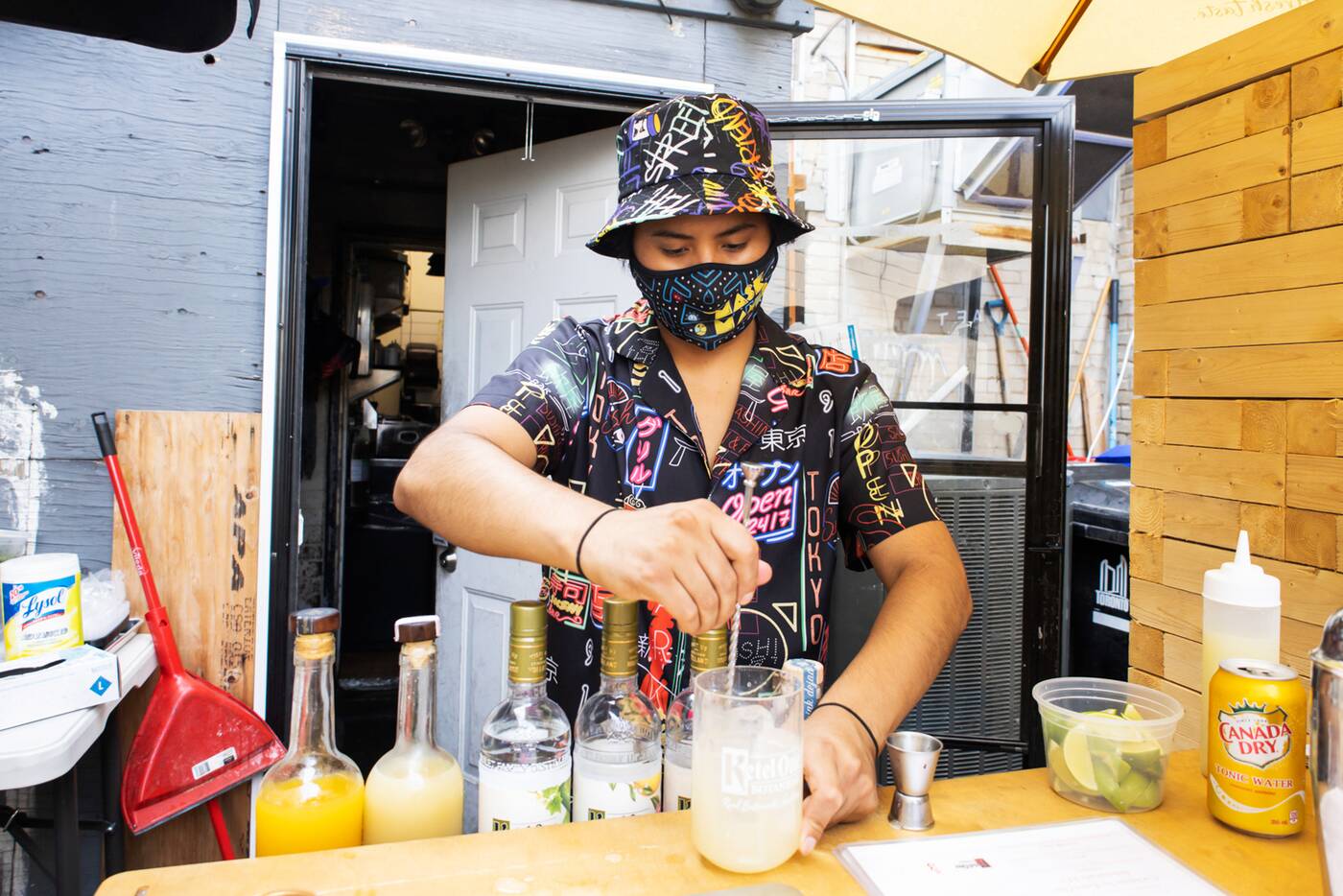 Ketel One Botanicals cocktails are $12, including a Beatles cocktail made with grapefruit rose Ketel One, Don Julio, red bell pepper and jalapeno. 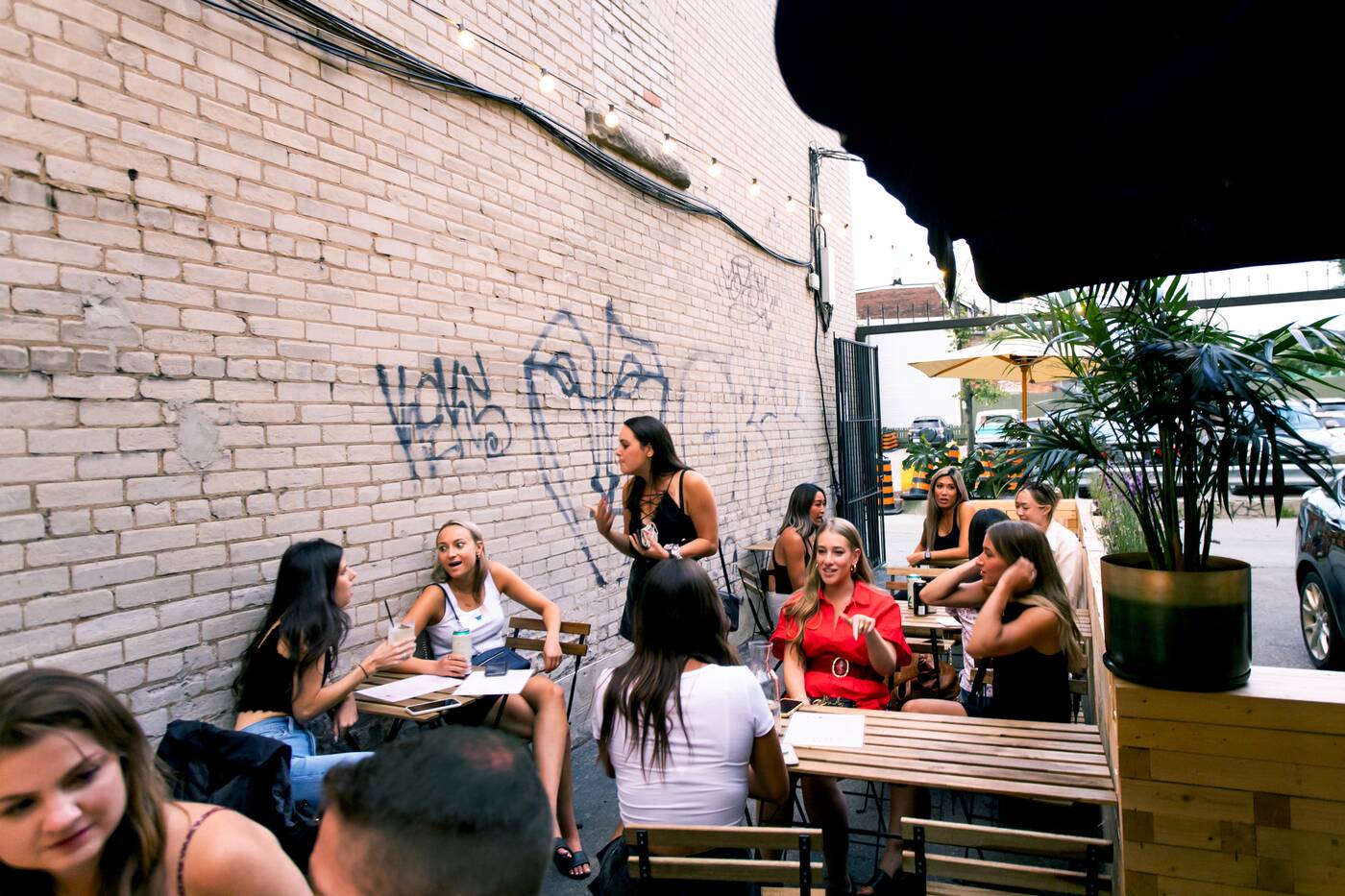 If the CafeTO program continues or if they can extend their license, Sybanne has lots of plans for the beer garden and hopes to operate it every summer from here on out. 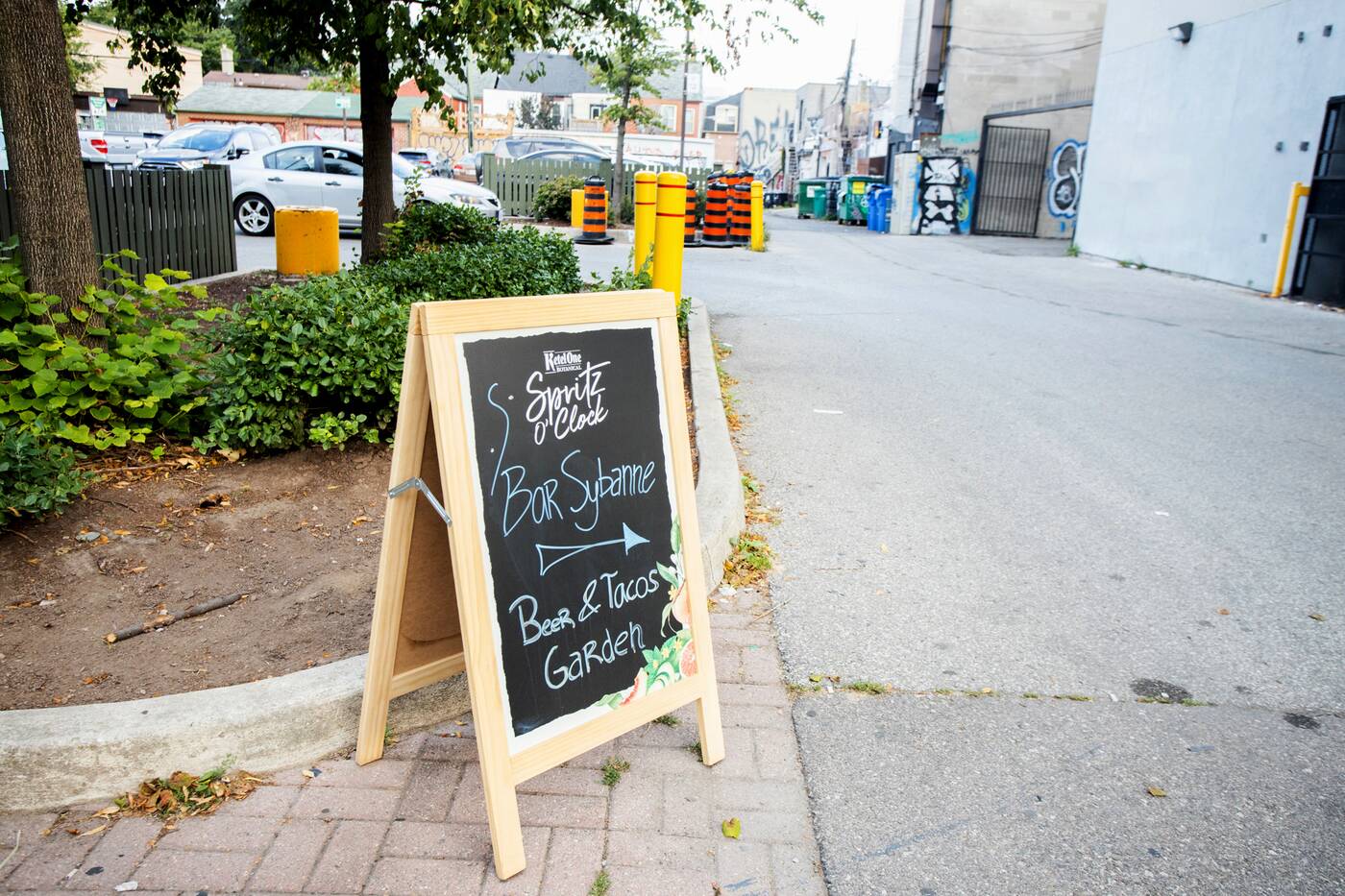 The beer garden operates Wednesday to Sunday from 5 p.m. 'til late, and can be found behind 229 Ossington Ave. by entering off Dundas St. W.