Simu Liu, the Toronto actor known for his role in CBC's sitcom Kim's Convenience and for his superhero role in Marvel's new film Shang-Chi and the Legend of the Ten Rings, was spotted out in the city last night getting dinner.

He ordered a Szechuan x Nashville hot sandwich combo with spicy fries and a diet coke.

The restaurant took to Instagram to document the moment. Two stories were taken, the first of Liu's order receipt captioned with two eyeballs emoji (probably to symbol: get a look of this).

And the second story is of Liu and the owner standing by the storefront with the caption "Thanks for supporting local Asian Business". 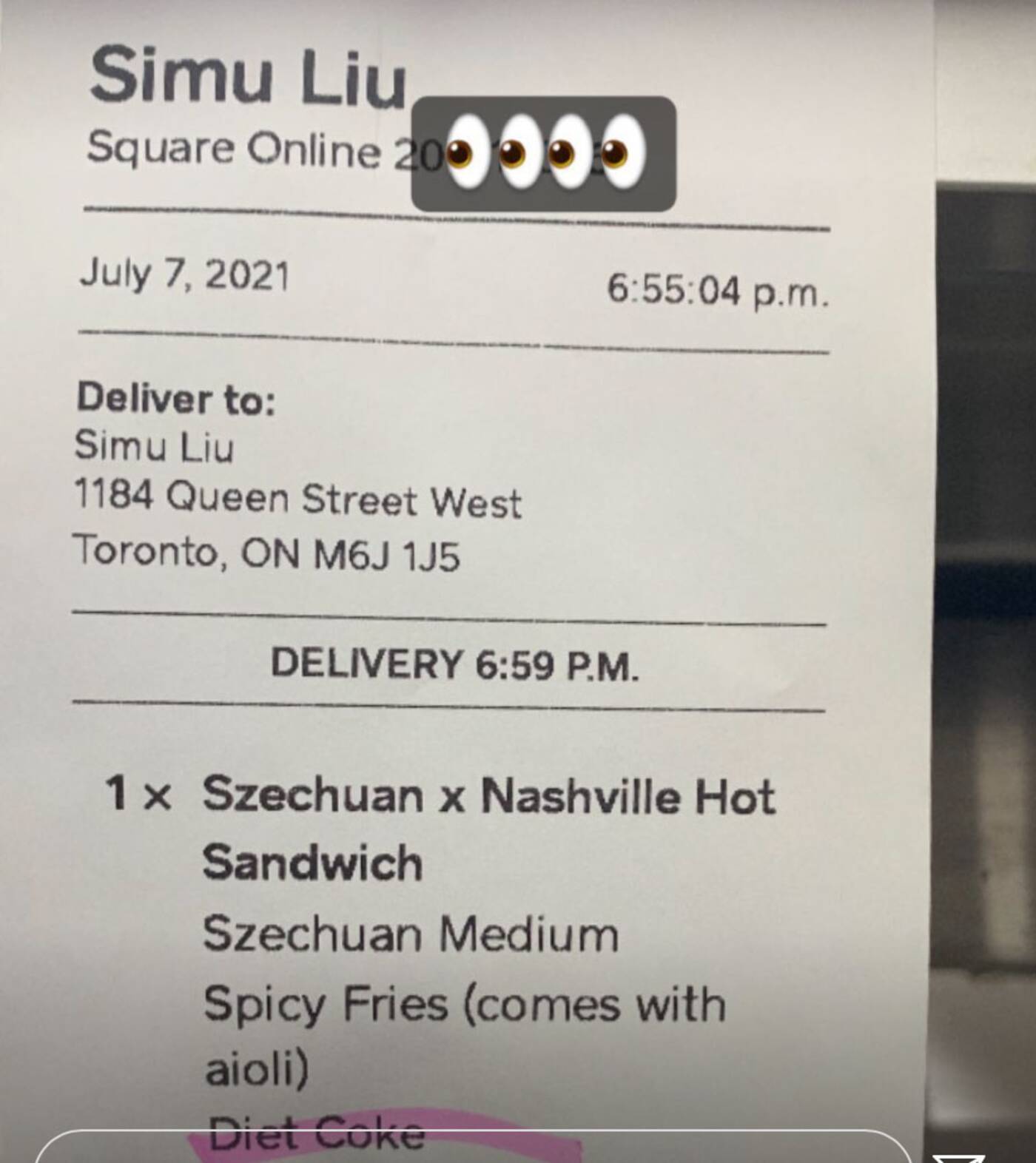 The receipt for the order posted to Chen Chens IG story.

The owner of Chen Chen's Nashville Hot Chicken, Chen Chen explained that "We're all big Kim's Convenience fans and he was super nice, and accommodating - he took a photo with us."

Liu is has become known for his kind gestures within the community.

"He told us he loves supporting Asian-owned business," said Chen.

Not all superheroes wear capes, and on their days off they support local and get fried chicken.