Opening a rock 'n' roll cafe was a lifelong dream for one woman, and after losing her job to the pandemic, she took the plunge to make it happen.

However, Lola's Coffee wasn't the first dream for Eriola Galanxhi, who's been going by the nickname Lola since she was a child.

Originally from Albania, she moved to Canada after studying psychology and social work at university to pursue her dream of becoming a psychologist. 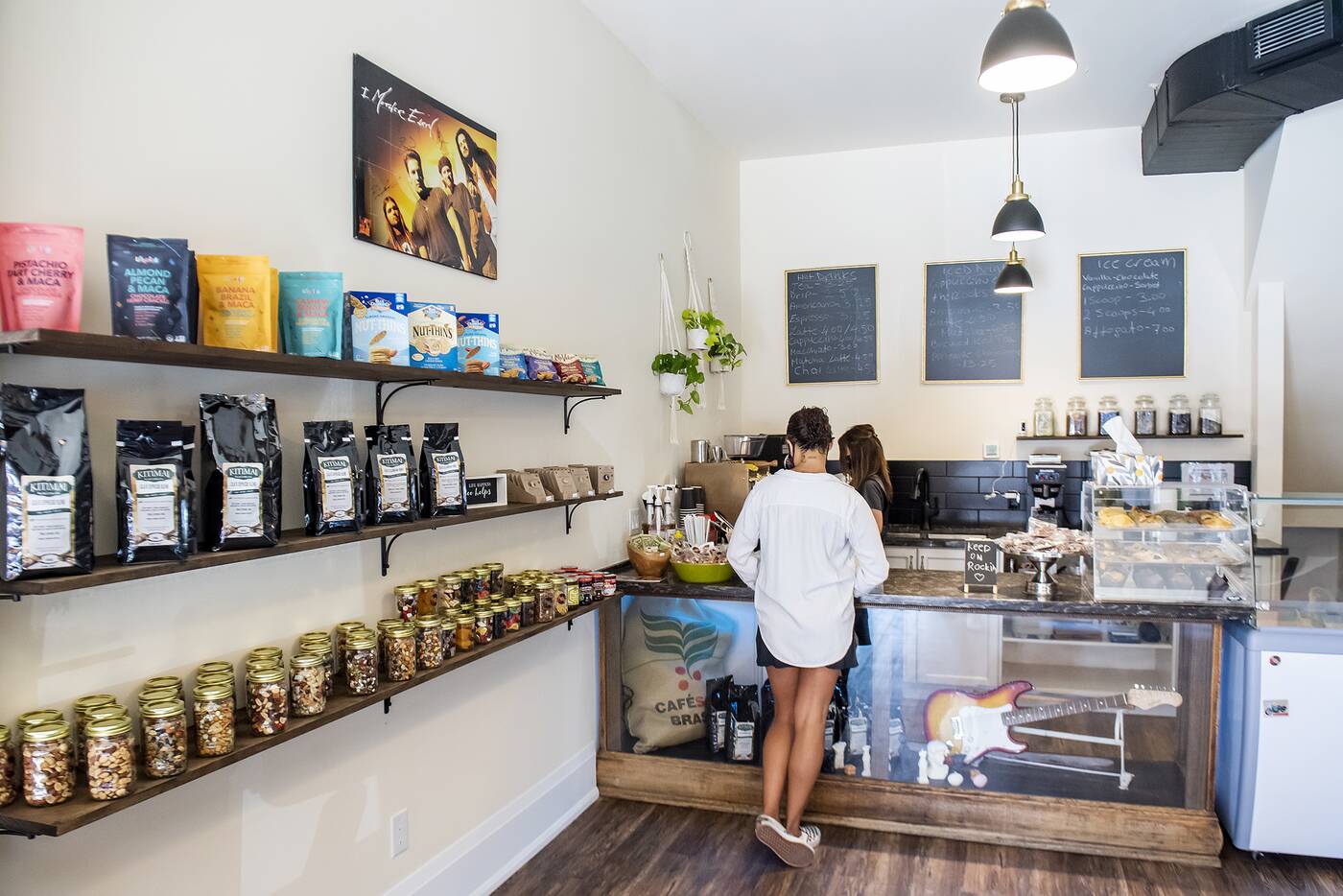 "I had to remove myself from my surroundings and find my way. And my way goes against my upbringing most of the time, which is 'get married and have kids 'cause time is ticking.'" 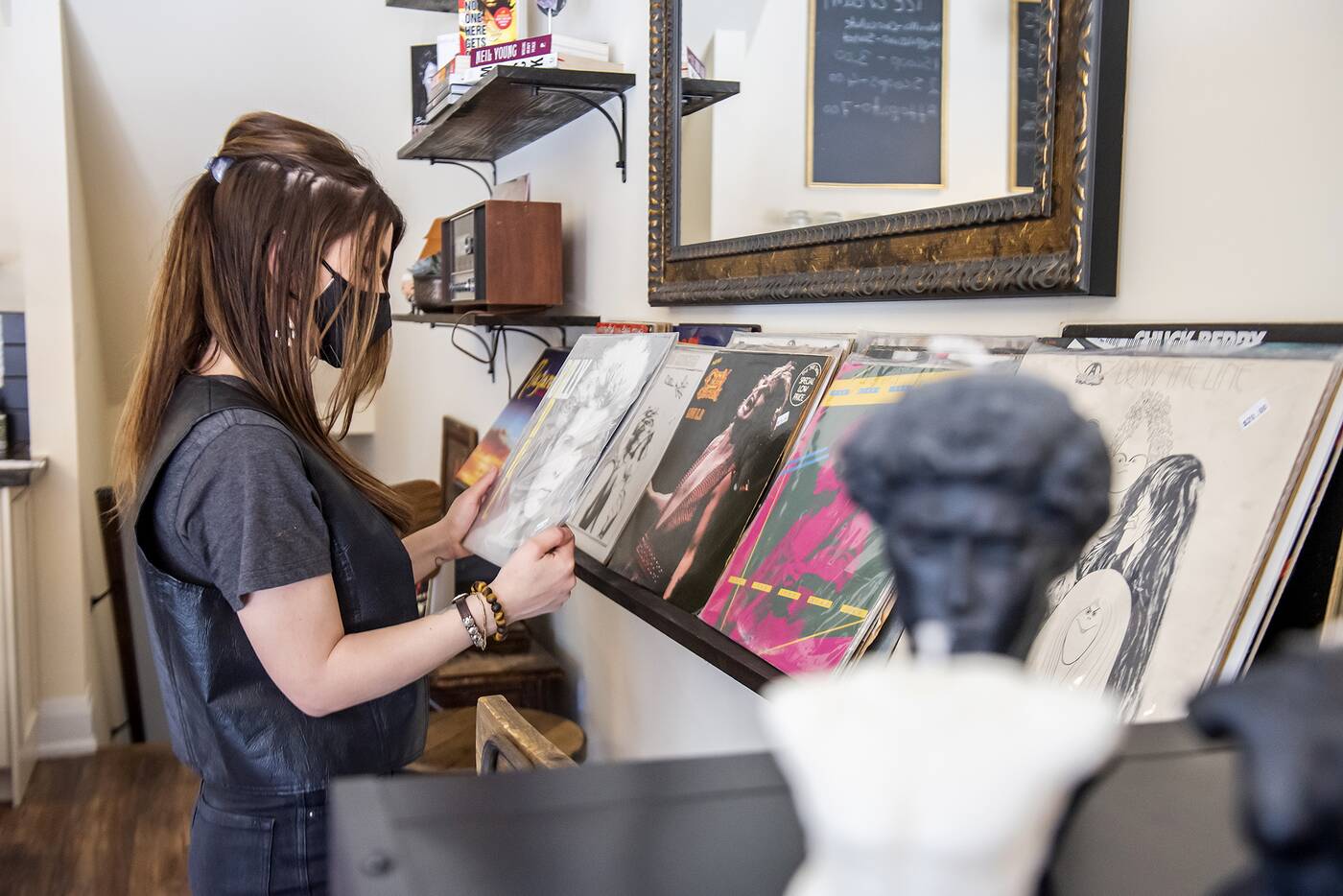 She's worked various jobs in Canada in the kitchen of a pizza shop, at a dry cleaner, babysitting and being an assistant teacher at a daycare.

One of the places she's never worked is a coffee shop, so naturally, she figured she'd challenge herself to open one up. 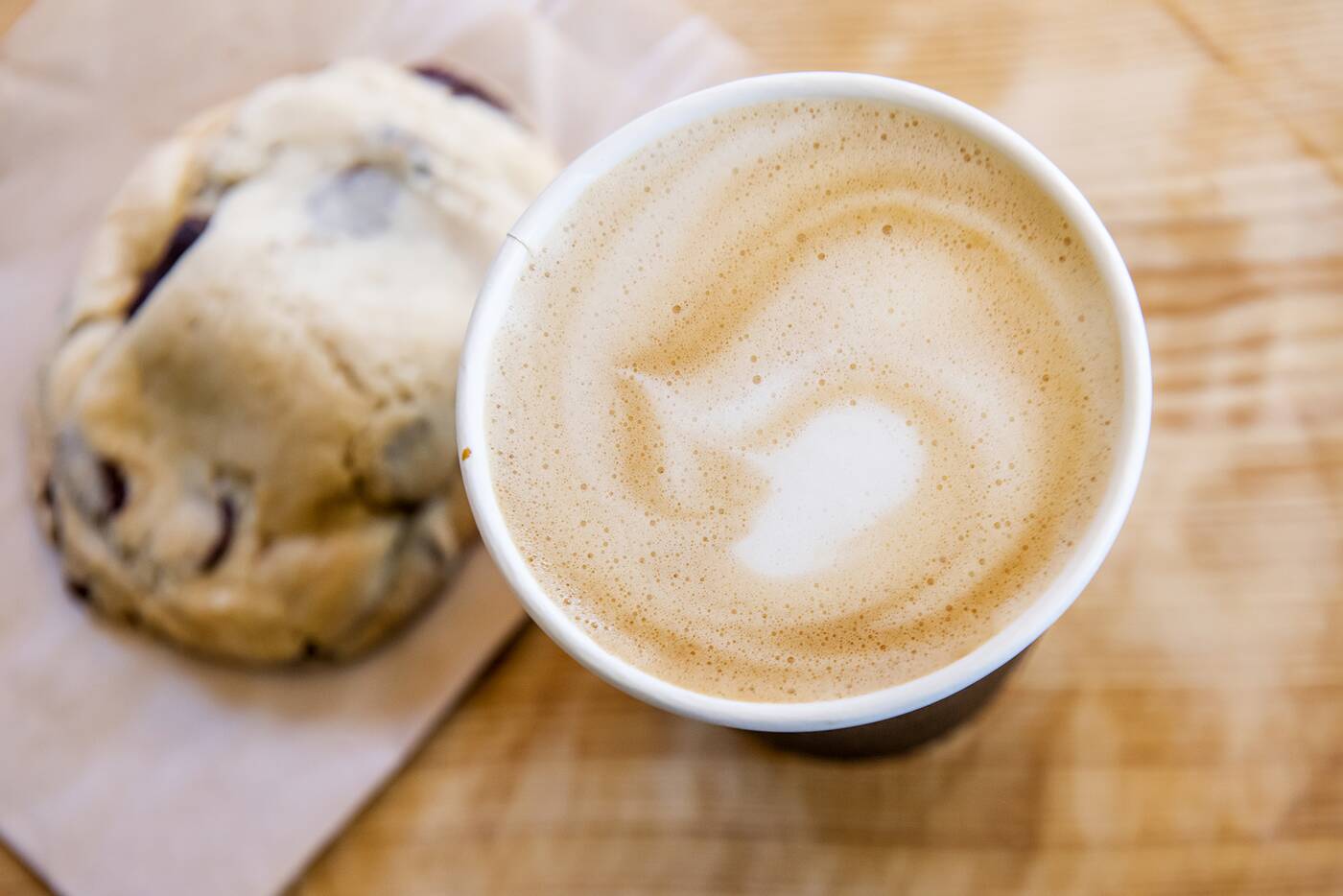 She says no coffee shop owner would ever hire her because she didn't have experience.

"My goal is to be able to be comfortable enough that I can hire someone with no experience and give them a chance," she says.

"Last summer I woke up and said, 'This is my last shot in Canada, and I have to make it right and pursue what I want to do the most.'" 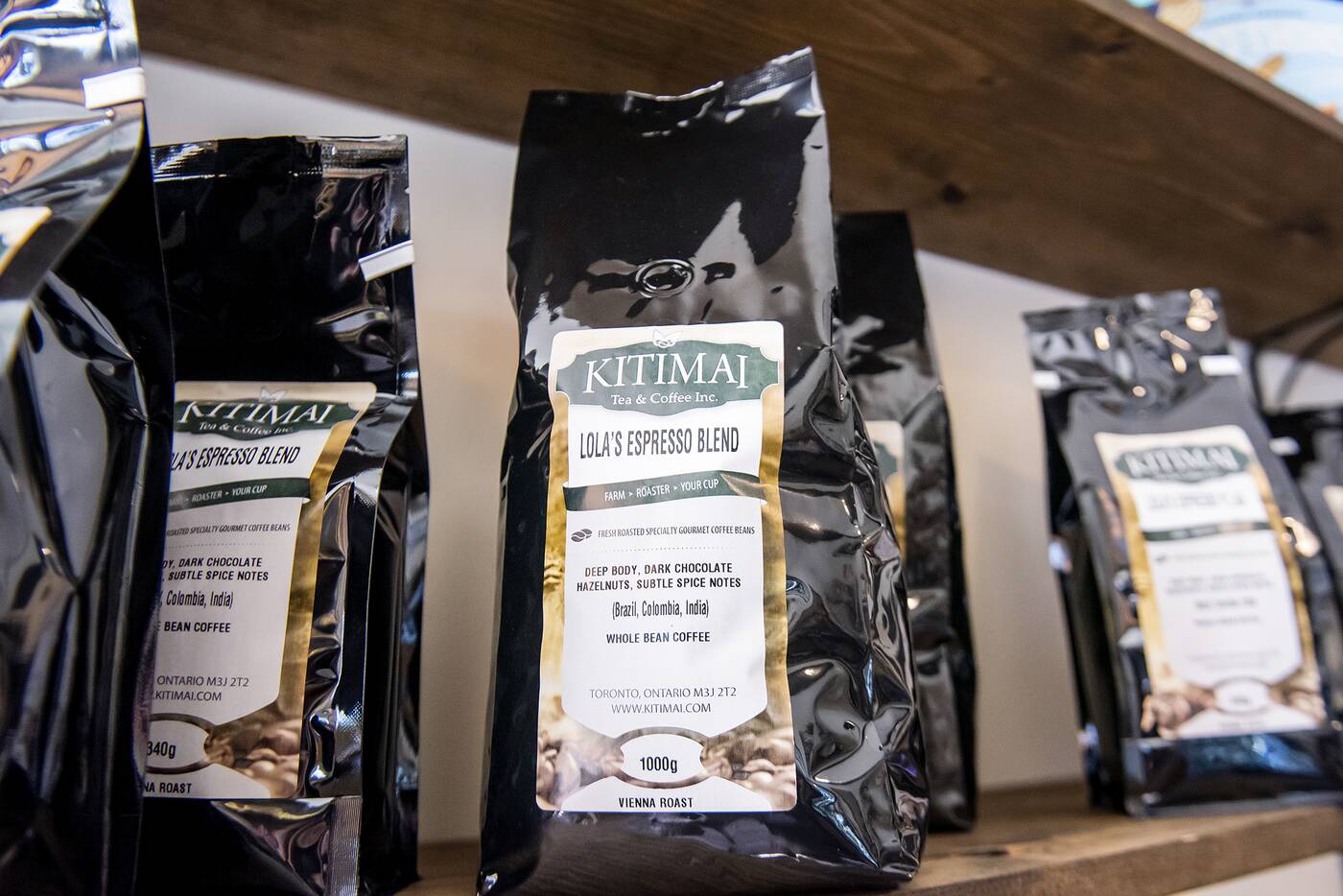 Since no one had ever been willing to show her the ropes, she taught herself how to operate a coffee shop.

"I got tired of working minimum wage jobs that could barely pay the rent, so I started to ask myself, what was the point of me leaving everything I always had and knew if all I can do is survive?" says Galanxhi. 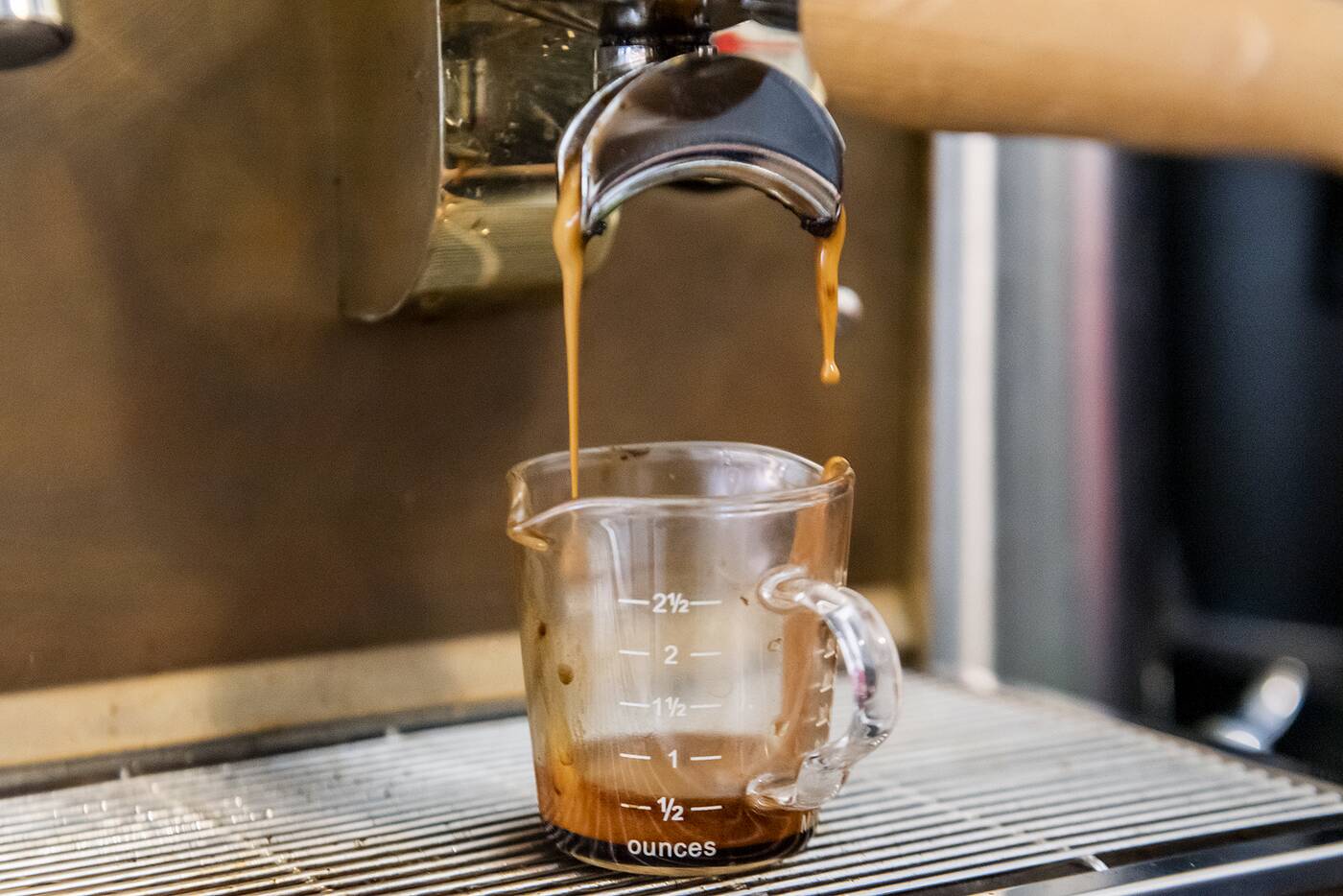 "My heart is where my mother and my brother are, so a few pieces of my puzzle will always be missing, but something inside me told me to get up and try it one more time. If I fail, I fail, but at least I tried it so I won't have any regret."

Never having operated an espresso machine before, she learned how to make coffee with YouTube videos, installing the machine weeks before opening and spending hours practicing. 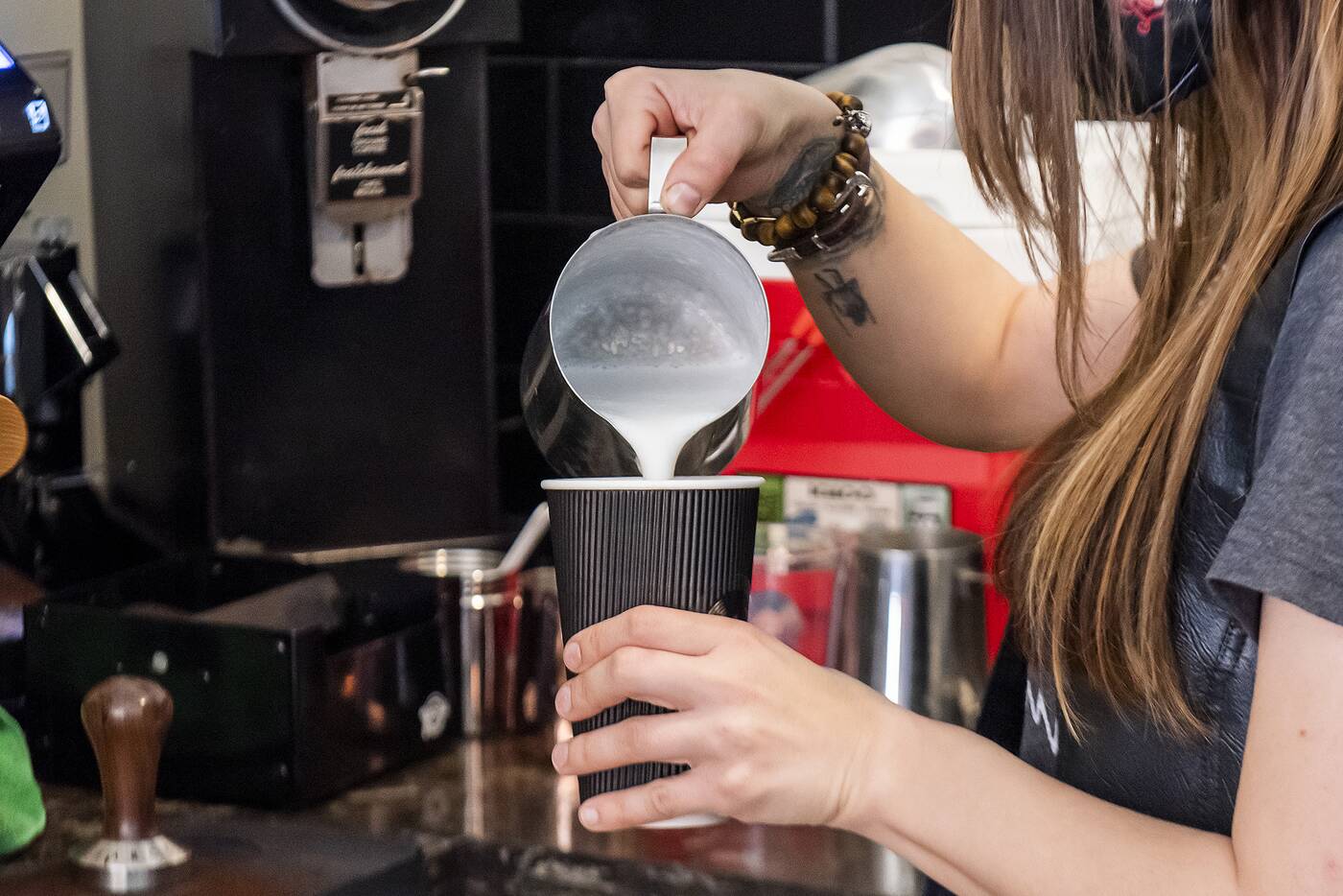 One day, a local coffee shop owner from Antikka offered to come by and train her for an hour. 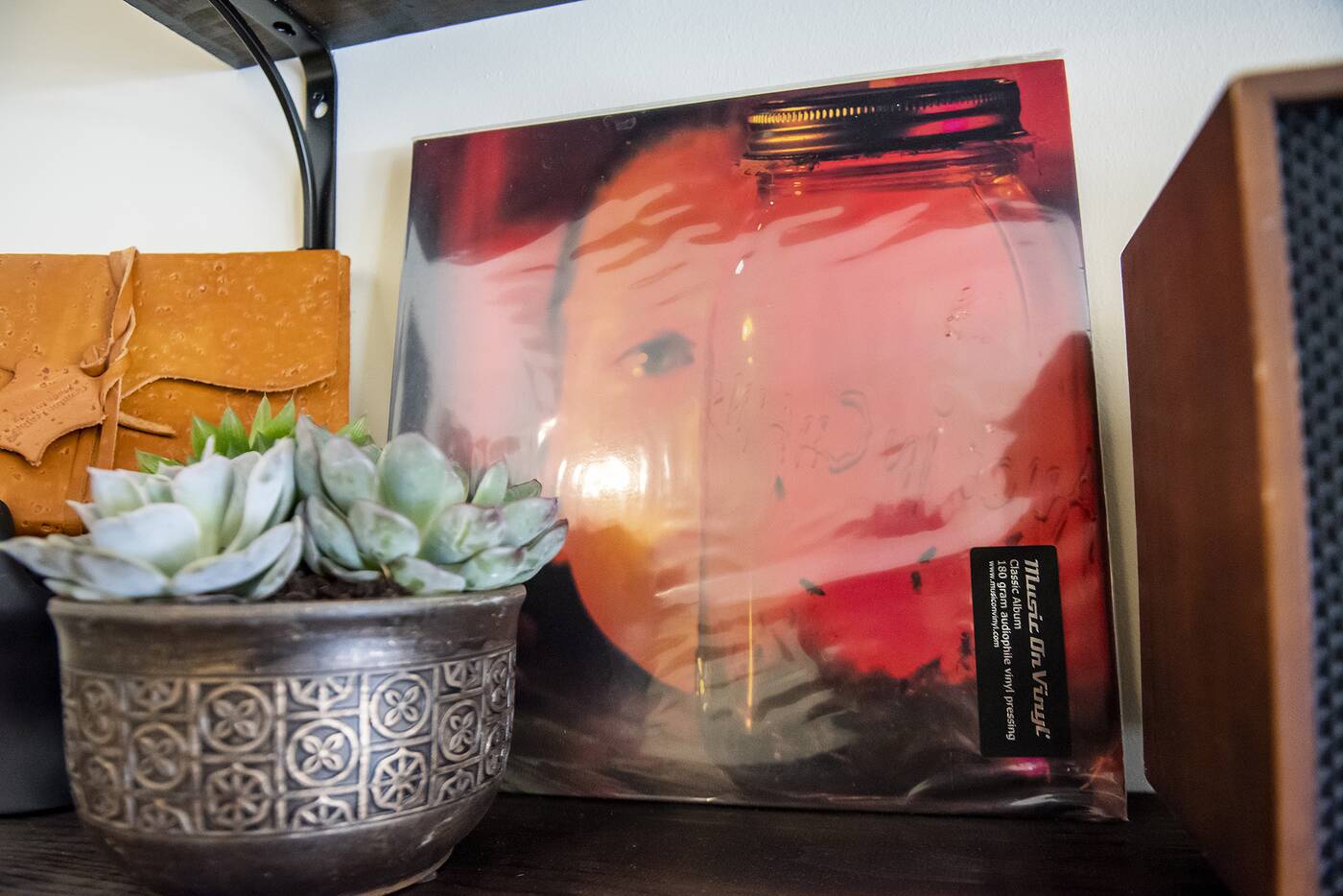 "We both share the same interest in coffee and music so I can say he broke the chain of people saying no and acting like they will show up but never actually do," says Galanxhi.

"I have the utmost respect for this guy and wish him all the best. A few days later I opened Lola's Coffee and the community welcomed me as their own." 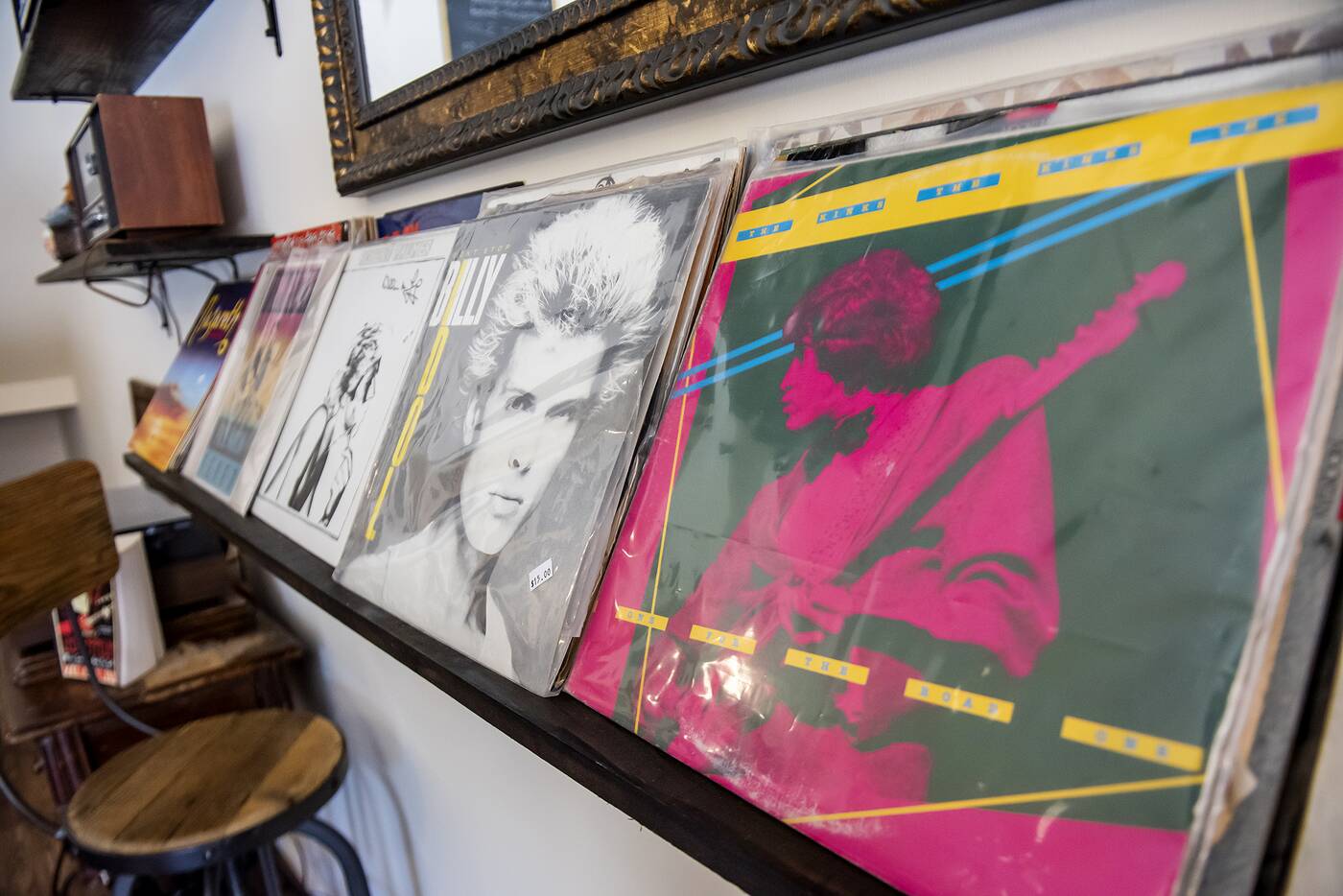 Galanxhi describes herself as "born wearing a leather jacket and cowboy boots" and Lola's Coffee encapsulates her rebellious, energetic, risk-taking spirit with a mural depicting Led Zeppelin (her favourite band), record player and guitar for decor. She says she listens to Zeppelin and Alice in Chains every day of her life. 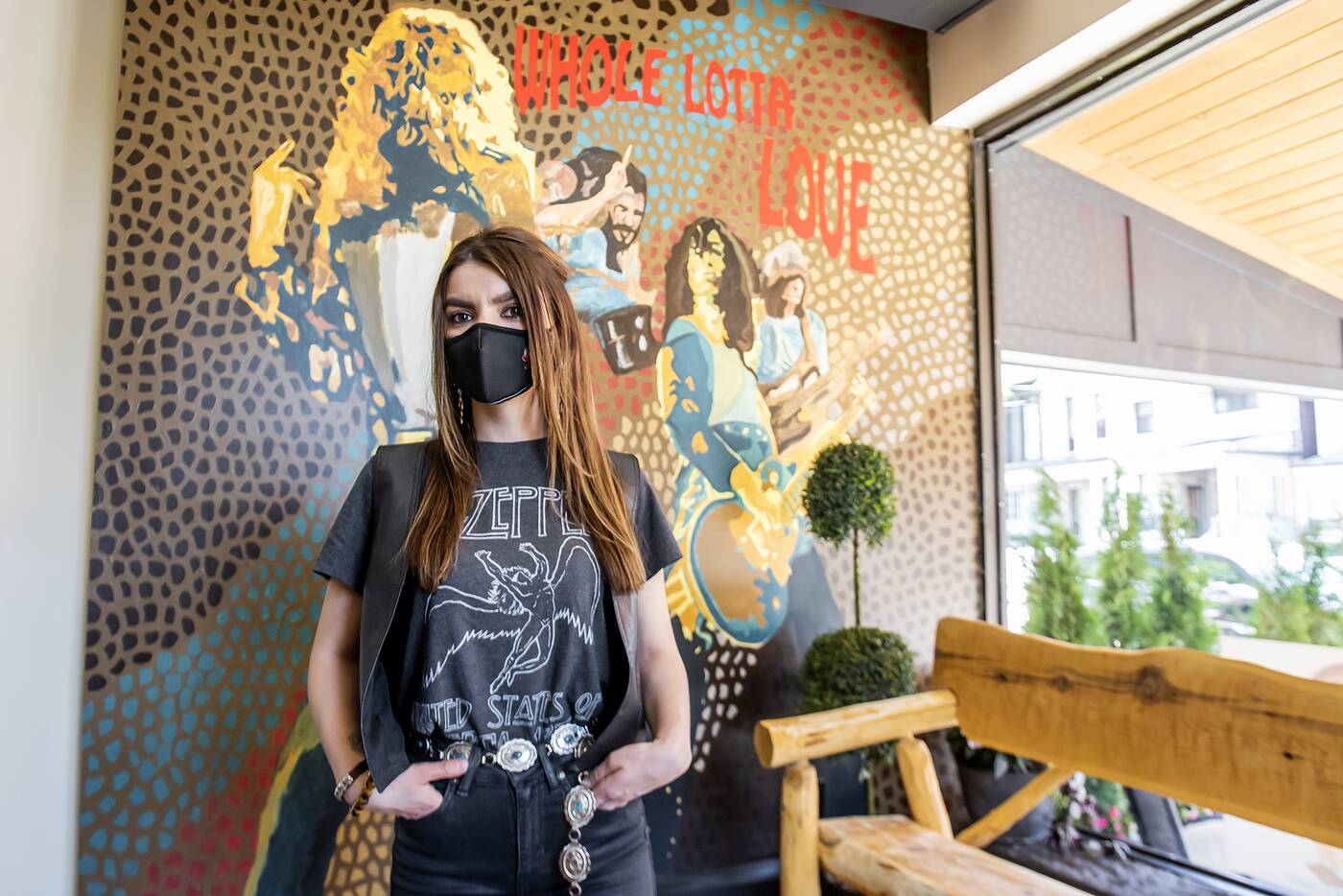 "Rock n' roll has helped me before an exam, when a loved one passed away, before a date, after a break up. I perform better at work when I listen to music," says Galanxhi.

"A coffee shop has always felt like home to me so I wanted to give myself a place to call home. Combine those two and Lola's Coffee was born." 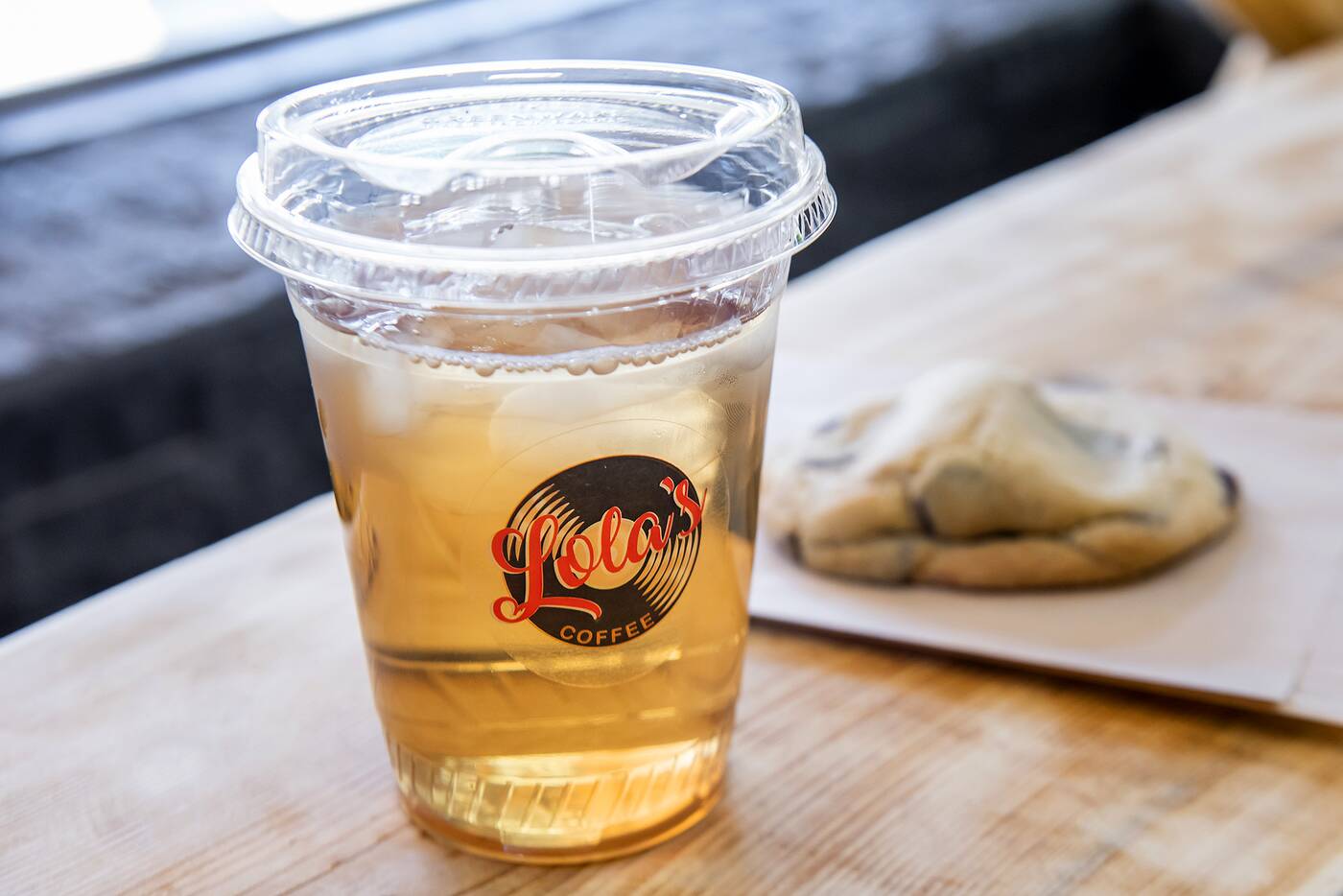 The rock 'n' roll theme affects the atmosphere more than the menu, but it's not just espresso at Lola's. 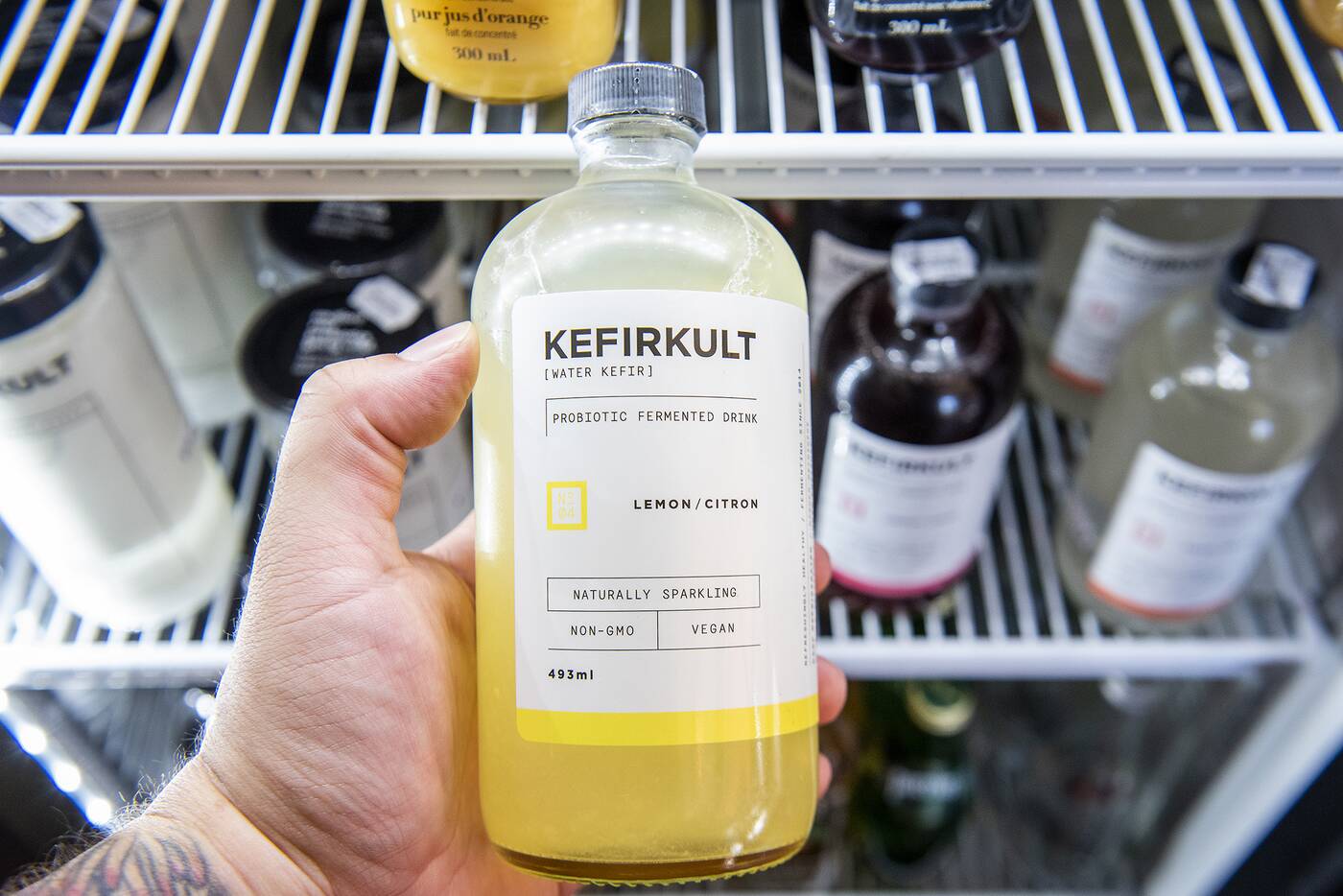 She jazzes things up with pineapple champagne iced tea and iced coffees, and stocks kefir beverages and chinotto, a cola-like drink.

For snacks, there's cookies from Desmond and Beatrice, and ice cream. 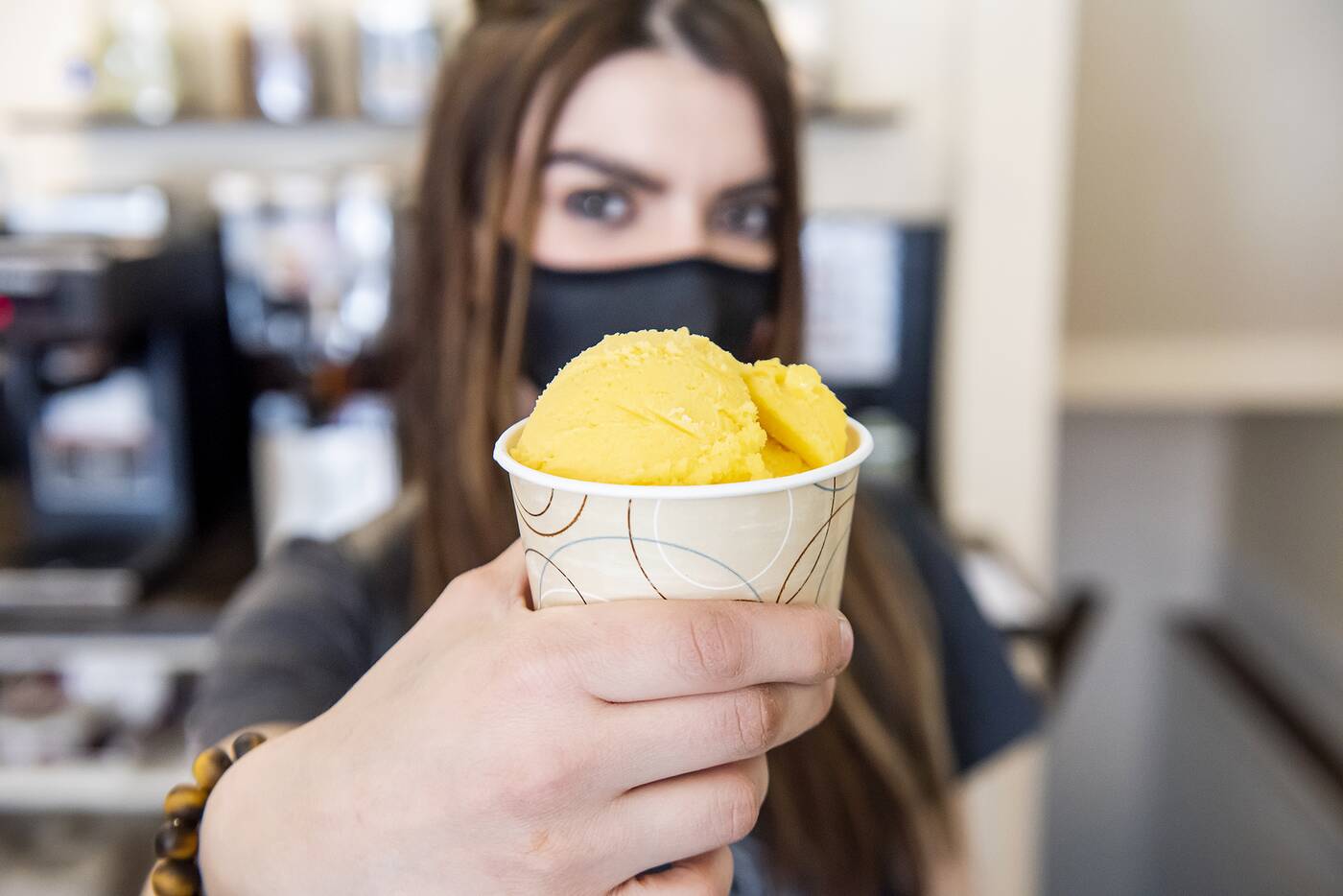 "Since I was a kid rock music has moved me and touched my soul, even though at that time I didn't know the meaning of the lyrics, since it was in English, but it's like love," says Galanxhi.

"You just fall cause it touches you so deeply that has no need for words and explanation." 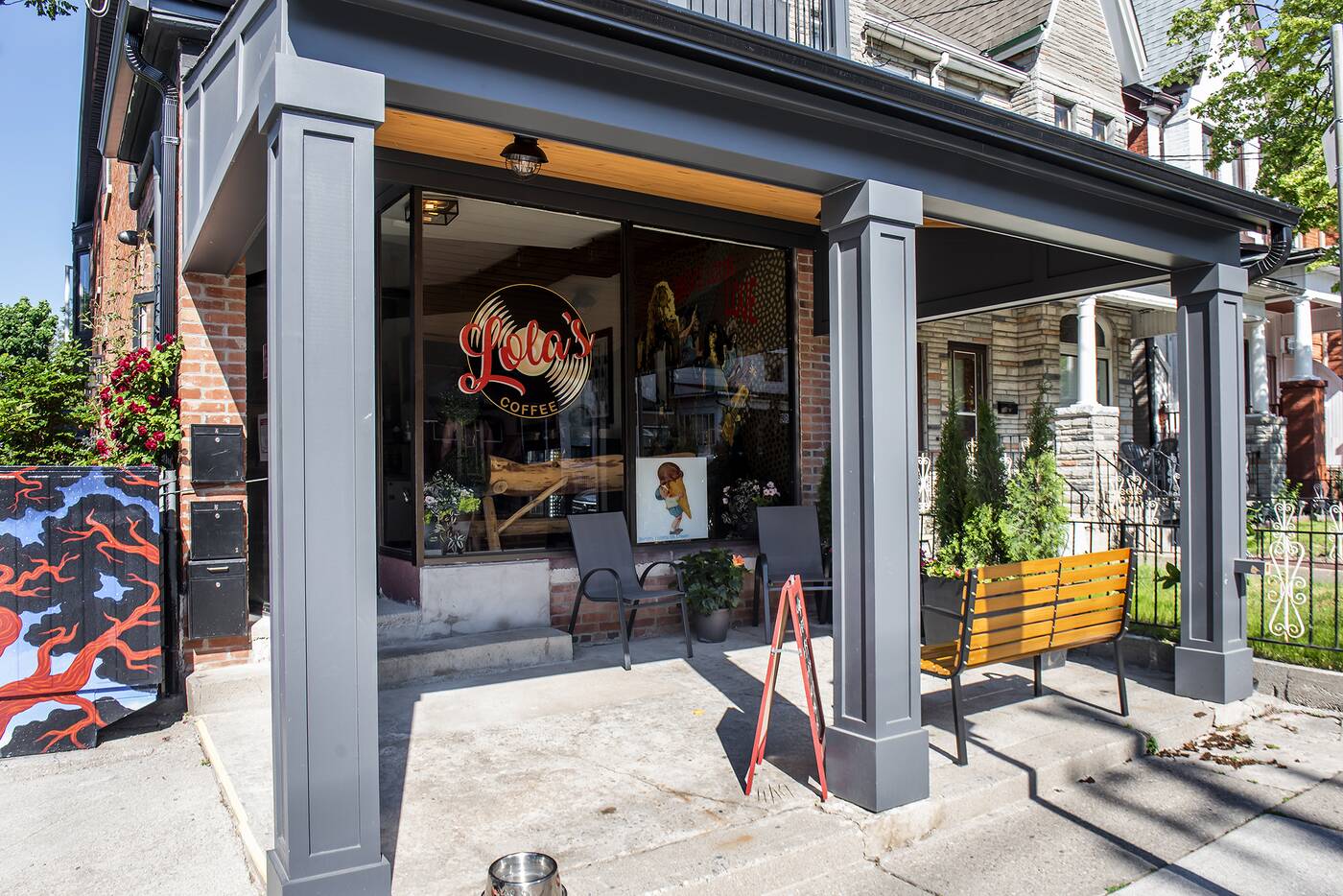