Popular pizza joint shuts down Toronto location because of the pandemic

A location of a Toronto pizza place that's been around for five years has closed its doors for good.

The pizza place was known for artisanal pies served alongside tall cans of beer in humble corner confines next to a Portuguese venue called Yauca's (which has now moved), named for Yauca Almeida who took over Village Pizza two years ago. 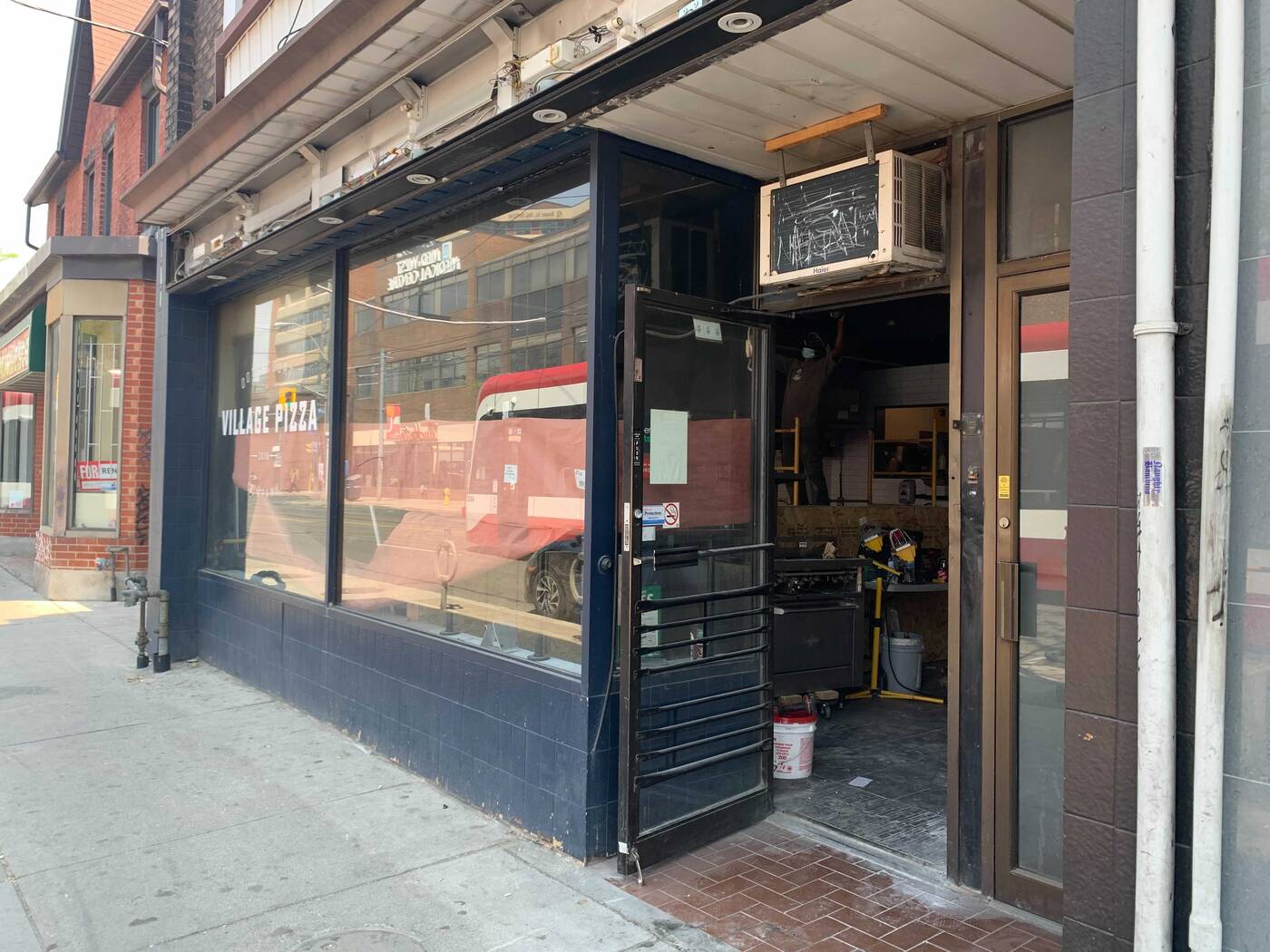 The Dundas West location of Village Pizza is undergoing a transformation. Photo by Hector Vasquez.

Almeida tells blogTO the reason for closing the Dundas location is simply "the pandemic," and that the location closed January 2021.

"We plan to open another location or locations when better times arise ahead of us," Almeida tells blogTO.

The Dundas location of Village Pizza used to be right next door to a coffee pocket called The Nugget, which was sold in September 2019 and is now closed as well.

Village Pizza has cleared out of the Dundas West space and it looks like renovations for something new are going in, but Almeida does not know what.