A beloved restaurant in Ontario was the victim of anti-maskers "review bombing" them after refusing to provide free food to anti-masker Chris Sky and his team.

After being contacted by an anti-lockdown protester asking for the free handouts, Angela Caputo, owner of Sault Ste. Marie's The Breakfast Pig, says she asked why should would ever do such a thing.

After receiving a response that she says implied Sky is fighting for her freedom, Caputo stated she is not a fan of Sky or his antics and that he would not be receiving anything from her restaurant.

Following the conversation, Caputo made a public statement over Facebook that her and The Breakfast Pig were opposed to Sky and all his ideals that local media outlets soon picked up.

Almost immediately she received threatening messages from anti-lockdown protesters and their supporters as well as dozens of negative reviews for The Breakfast Pig.

Chris Sky’s band of misfits are leaving bad reviews for my @BreakfastPigSSM because I refused him free food. How does that sound for someone who says they’re an advocate for small business?! https://t.co/Awx9Kgmfj5

"Luckily people took note and the other side responded and we were flooded with amazing reviews to try to counteract the damage Sky’s followers were doing," Caputo told blogTO.

"All people who did not know of The Pig and now want to travel to The Soo to support us when this is over," Caputo said.

"We have also received over $300 in in-kind orders from people as far as BC! That means we are able to donate more food to those who need it and that we are getting the message of positivity out there!" 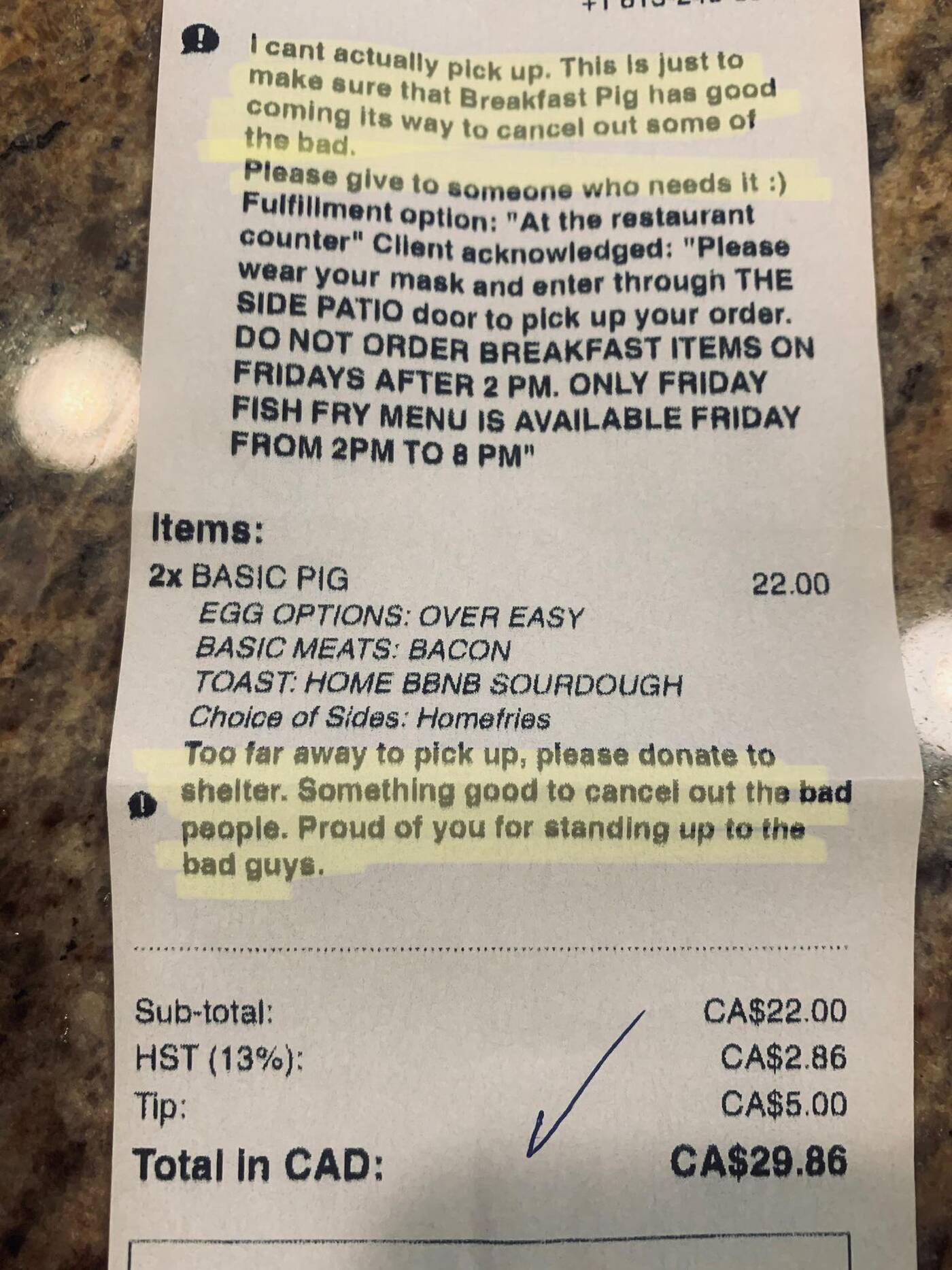 Despite the past year hurting many businesses, Caputo believes that lockdown measures are essential to helping small businesses survive.

People have been out here acting like Chris Sky is their Personal Jesus when they should know he will always be Judas. He is denying knowing his event organizer when here he is with his arm around him mere hours before making the comment of not knowing him. WOW! 🤡 🤡 pic.twitter.com/UjpyCvLXFz

"Anti maskers affect us all by putting us back and keeping the numbers rising. I hope people realize that Chris Sky is only relevant as long as COVID is relevant. It is in his best interest to keep this up."