The Rexall at Toronto's historic Brunswick House is closing down permanently

The Mississauga-based pharmacy chain, which has 470 locations across Canada, confirmed the news to blogTO on Wednesday as rumours swirled of the store's impending closure among locals.

"The community and retail buildings around the Rexall located at 481 Bloor Street West in Toronto have seen a very heavy decline in traffic since COVID–19 protocols have been in place," says Forgione.

"As a result, we have made the difficult decision of permanently closing this location."

Forgione says that pharmacy patients will have their prescriptions transferred to a nearby store, and that those on waitlists for their second dose of COVID-19 vaccines will also be "proactively transitioned to nearby locations." 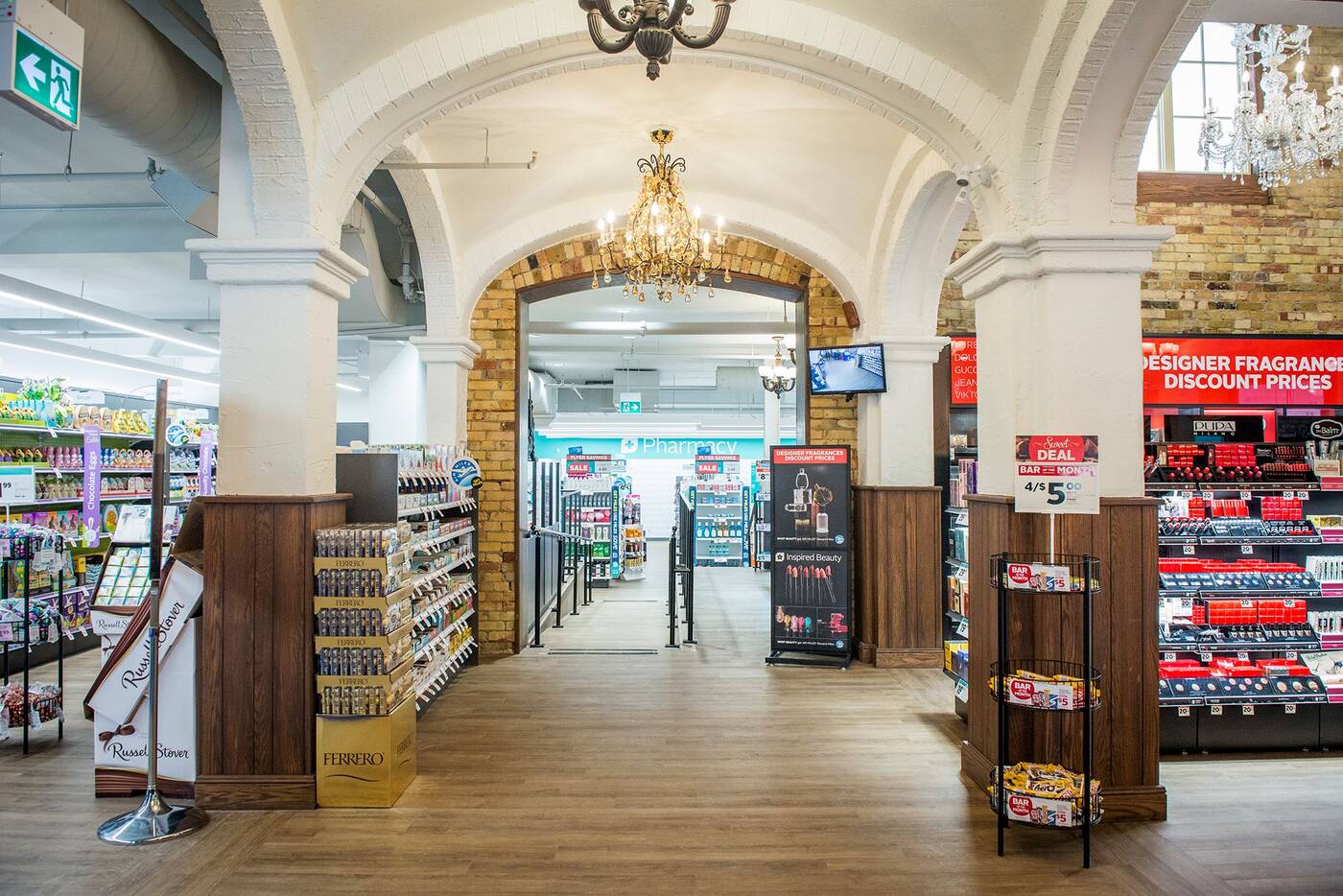 Constructed in 1874, the Brunswick House was thoughtfully converted into a Rexall drug store between 2016 and 2017. Photo by Hector Vasquez.

It was actually pharmacists calling up patients to confirm this fact that tipped off members of the Annex neighbourhood to the fact that their local Rexall was closing.

Pharmacy clients have been told that the Rexall at Bloor Street West and Brunswick will be closing down next month, though a specific date has yet to be announced.

Also unclear is what will happen to the Brunny, which ceased to operate as a bar in March of 2016, after Rexall leaves.

It was only a few years ago, after all, in 2017 when the 19th-century building was converted into a brightly lit drug store after decades of serving up cheap booze, live music and raucous dance parties.

Rexall's tenure may have been short, but the company no doubt left the Brunswick House a lot prettier and cleaner than before. Maybe it can revert to a bar? A restaurant? A weed store? Probably a weed store.

In the meantime, fans of historic Toronto drug store conversions can get their fix of shopping for shampoo in heritage buildings at the Runnymede Theatre Shoppers Drug Mart — Toronto's actual coolest drug store.