There's no sleeping in for Mike and Andrea. They rise with the sun to get an early start on the farm where hundreds of hungry chickens, pigs and other livestock await their arrival.

The piglets recognize the sound of Mike's engine and dozens chase him down the fence line, squealing to be fed. The back is filled with bushels of carrots, potatoes and grain. By the end of the day, they distribute more than 1,000 lbs of feed for the animals. 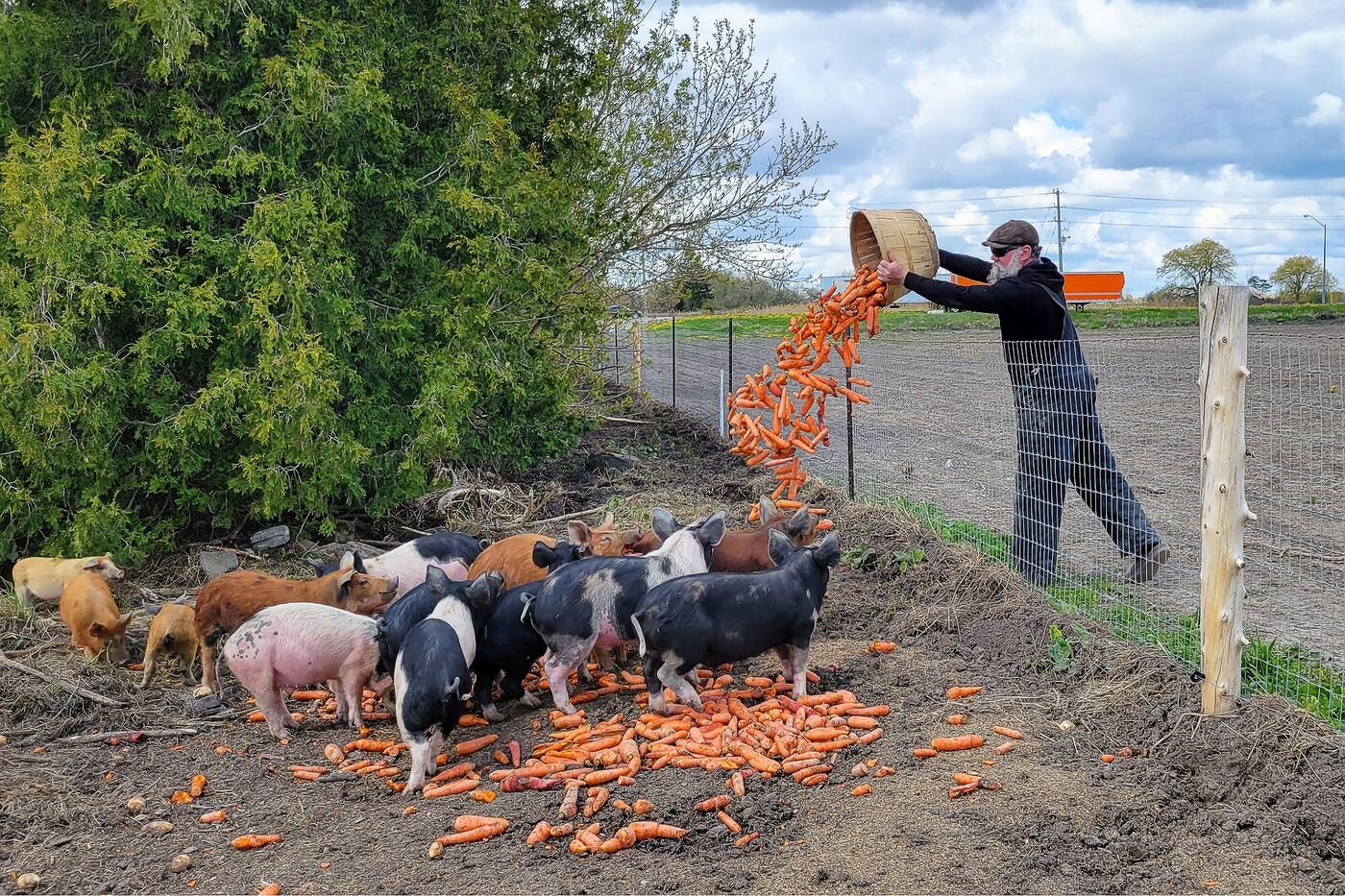 Most of the feed is generously given to them by other local businesses - spent grain from Rouge River Brewery, breadcrumbs from a local bakery and unmarketable produce from other farmers.

The husband and wife duo own Carma Farms and Chepack's Country Market - a Markham farm within a 30-minute drive from the city. It has been in the family for generations but closed 10 years ago when Andrea's father passed away.

The original farm was owned by Andrea's grandparents in the 1930's. They were subsistence farmers who grew crops for their own consumption. Extra produce was sold at a stand outside for supplemental income - this evolved into a family business. 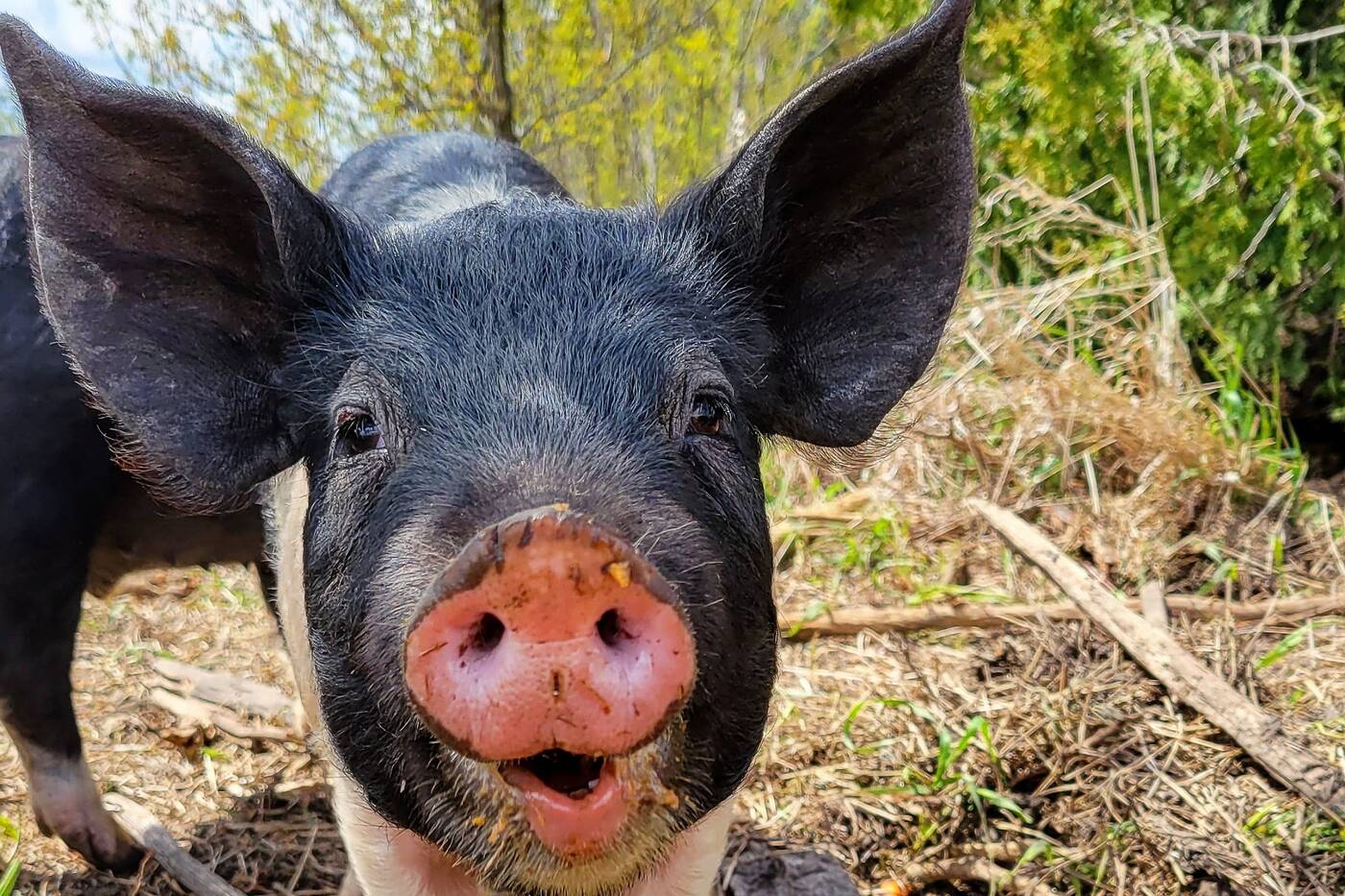 The farm sat on a 10-acre lot in Agincourt. After establishing a sustainable farming business, the property was expropriated to build the Tam O'Shanter Golf Course in Scarborough.

The family was forced to relocate to continue their livelihood as farmers. They upgraded to 200 acres in Markham.

Admittedly far too young to be employed, Mike met Andrea when he was working for her father at the Agincourt farm. The then 11-year-old Andrea developed a school-girl crush that never faded.

Flash forward many years - one wedding, career changes and three children later - Andrea and Mike decided to revisit the foundation the family was built on: farming for the community. 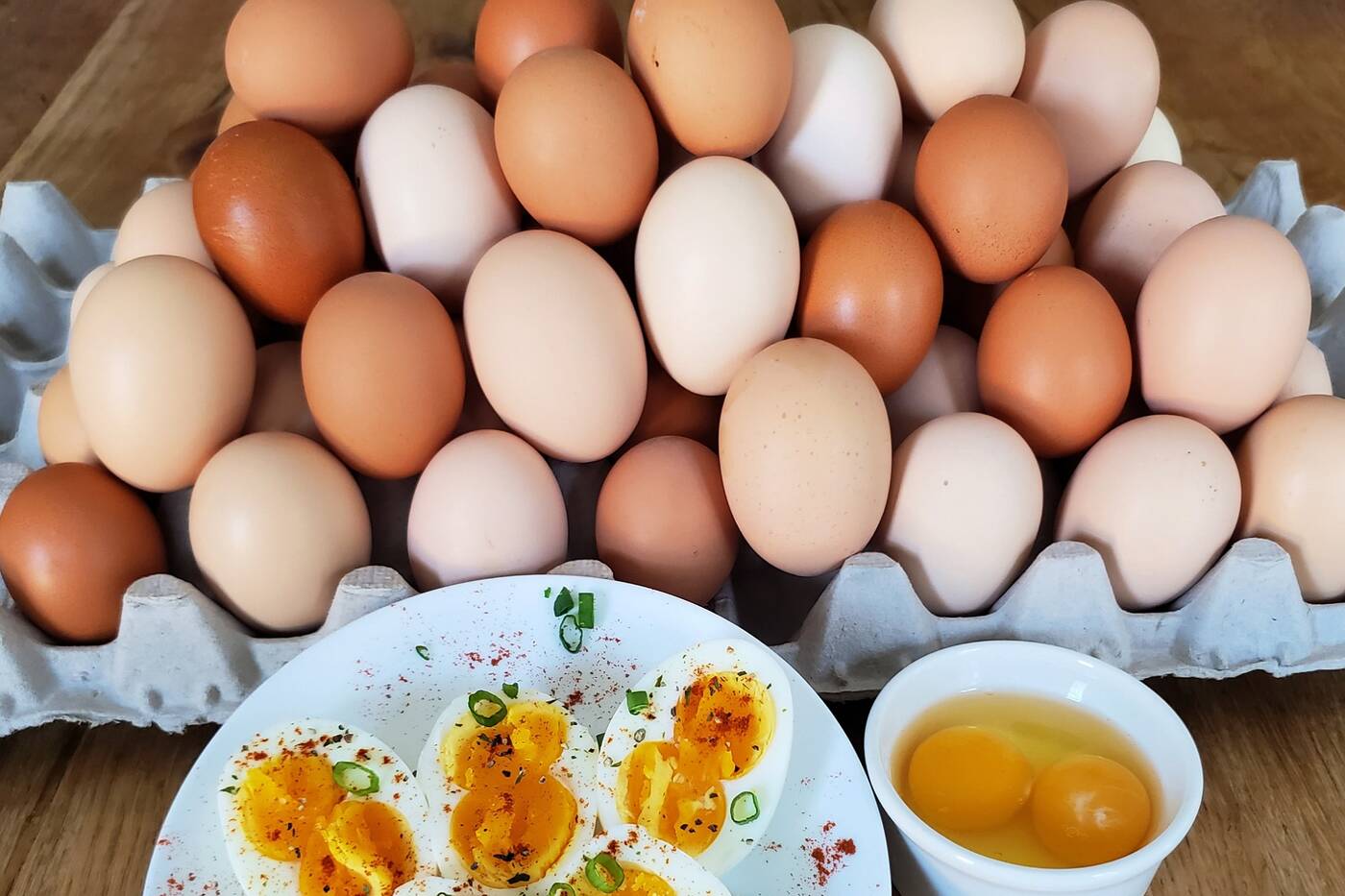 Similar to her grandparents, Mike and Andrea raised animals and grew vegetables on a small scale to feed themselves. If they had extra eggs, honey or produce, they would sell it to neighbours, advertise on a small road sign and post to online buy and sell groups.

The small customer base they built insisted that Mike and Andrea make their home grown and pasture-raised products more accessible.

As life slowed down for more people during lockdown, Mike noticed an increasing interest in local-made products. "Families want to know where their food comes from," he says. "They love visiting our farm, looking into the fields and seeing exactly where their dinner is sourced." 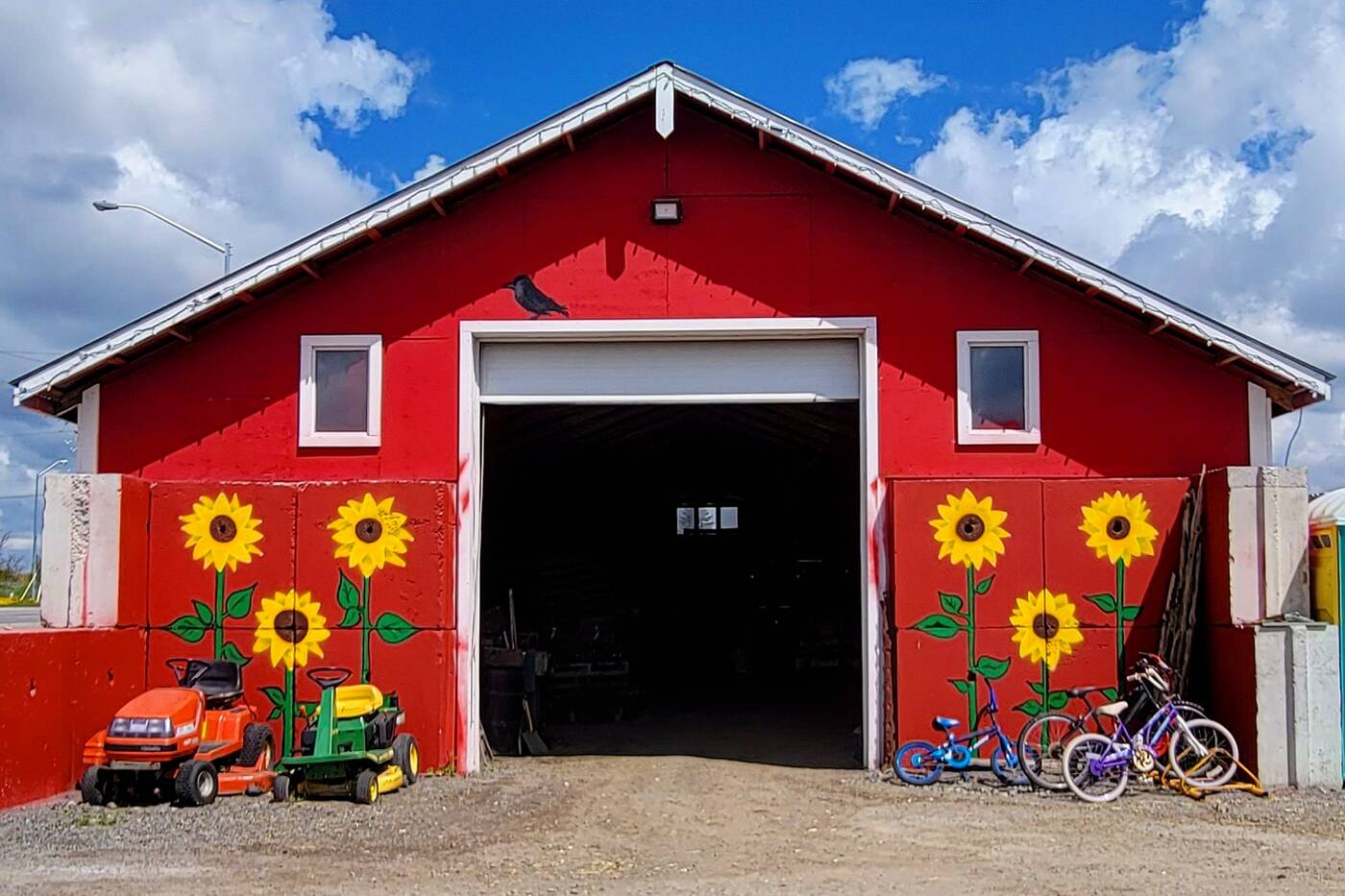 Although a massive undertaking, they decided it was the right time to reopen the family business to the public. They cleaned the property, refaced the barns and painted murals for photo ops.

Mike, formerly in the pallet business, takes on many roles: farmer, herder, carpenter and everything in between. Andrea, a former veterinary technician, tends to the livestock and runs the store. Both have extensive farming knowledge ingrained in them from childhood. 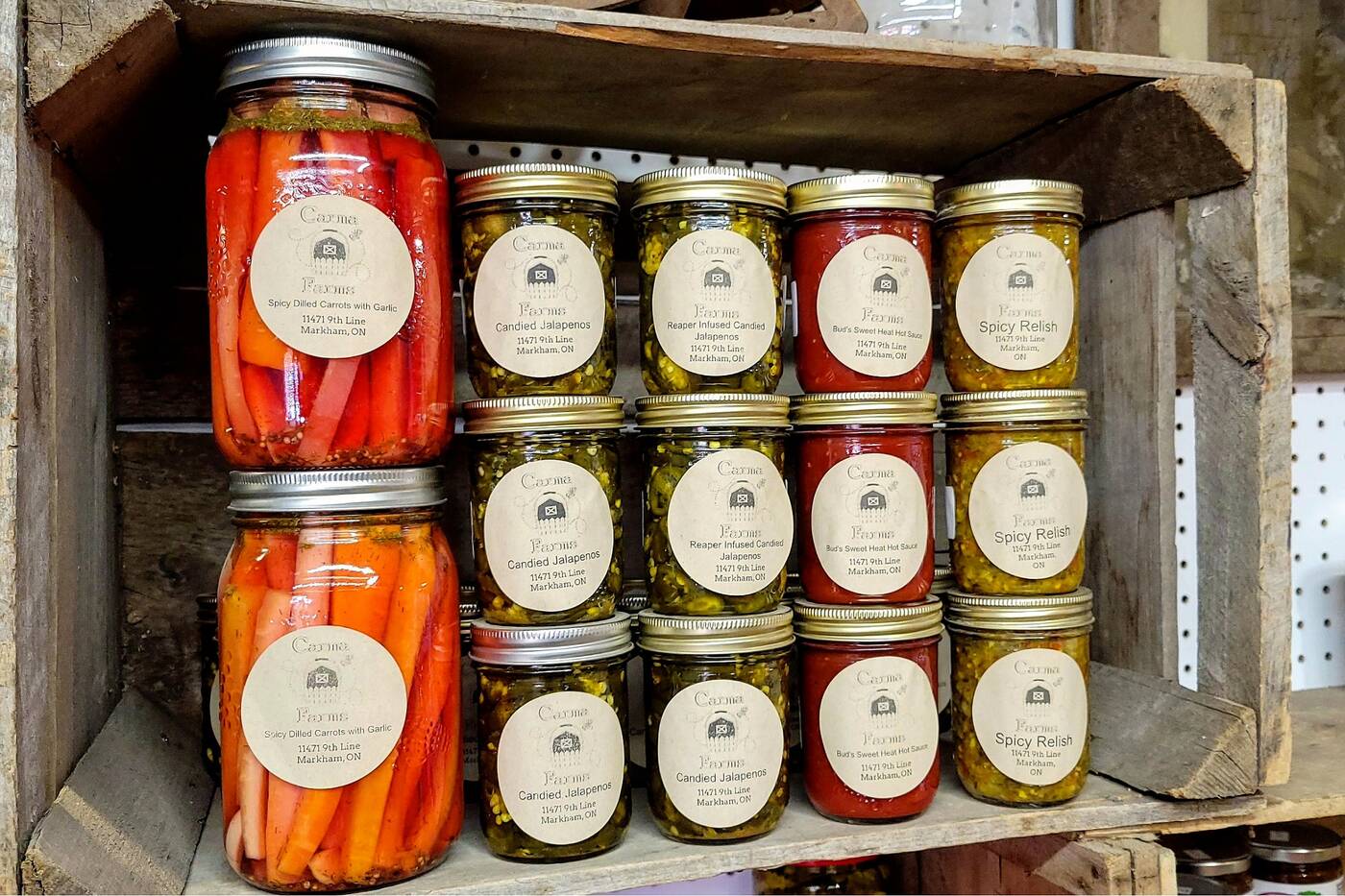 The couple worked hard to get the farm fully operational with stocked shelves, animals on the pastures and seeds planted in the ground. After a 10-year closure - and in the thick of the pandemic - Andrea and Mike unveiled the new and improved Carma Farms last May.

After only one year in business, they have major plans to expand and attract more visitors to the farm. They will dedicate a total of 30 acres to the public. 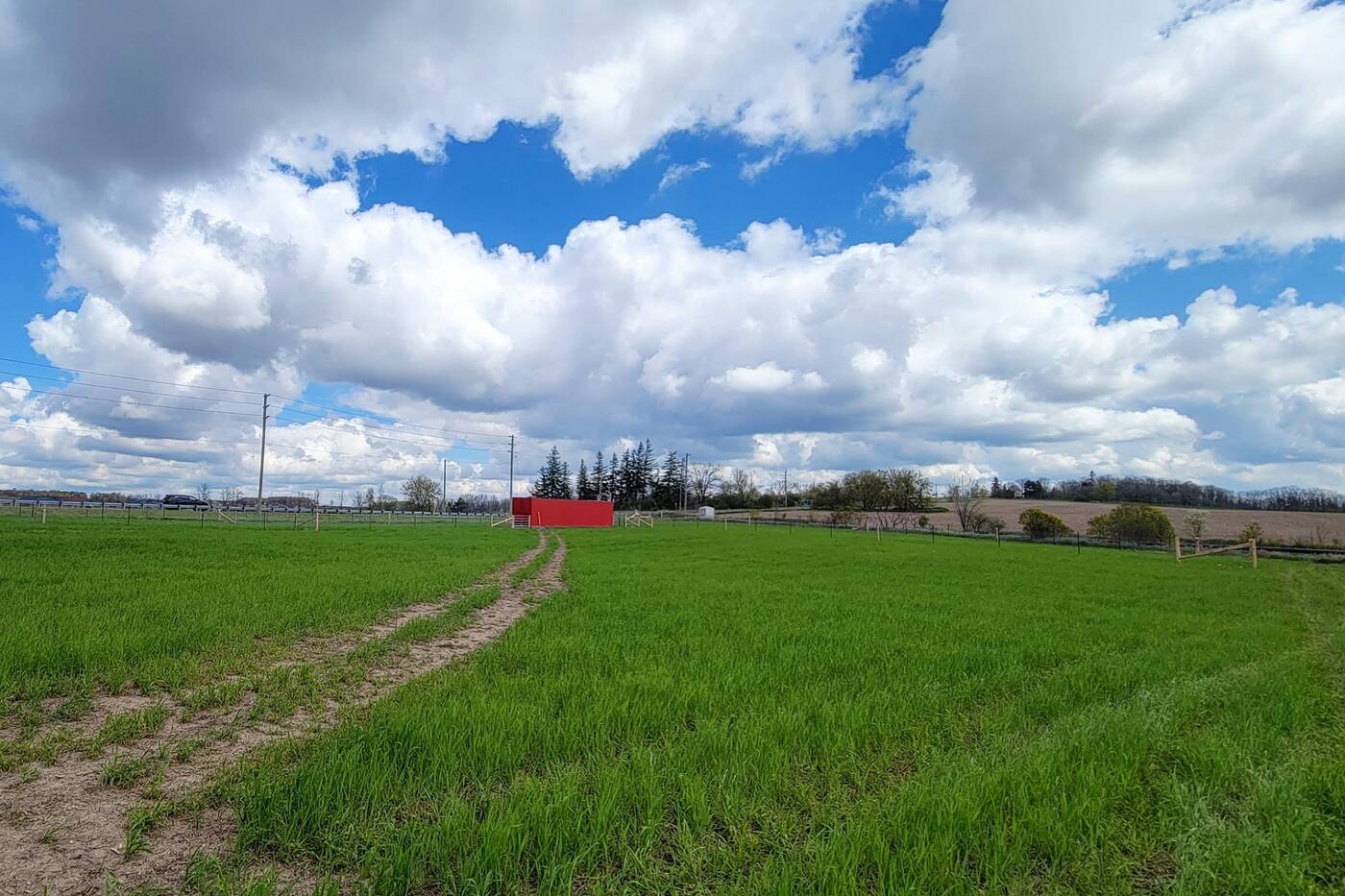 The new pasture will include a Pick-Your-Own produce field, sunflower garden, pumpkin patch, children’s play area and enclosures for new livestock like llamas, horses and peacocks. They are eager and ready to complete portions of this project by the summer.

Supporting local business is a principle Andrea and Mike hold close to their hearts.

Along with their kids, they spent months exploring Southern Ontario in search of the best products to share with their customers. Everything in the store is exclusively Ontario-made.

Another core focus is raising hormone and antibiotic free, pastured meat. They don’t cut any corners. 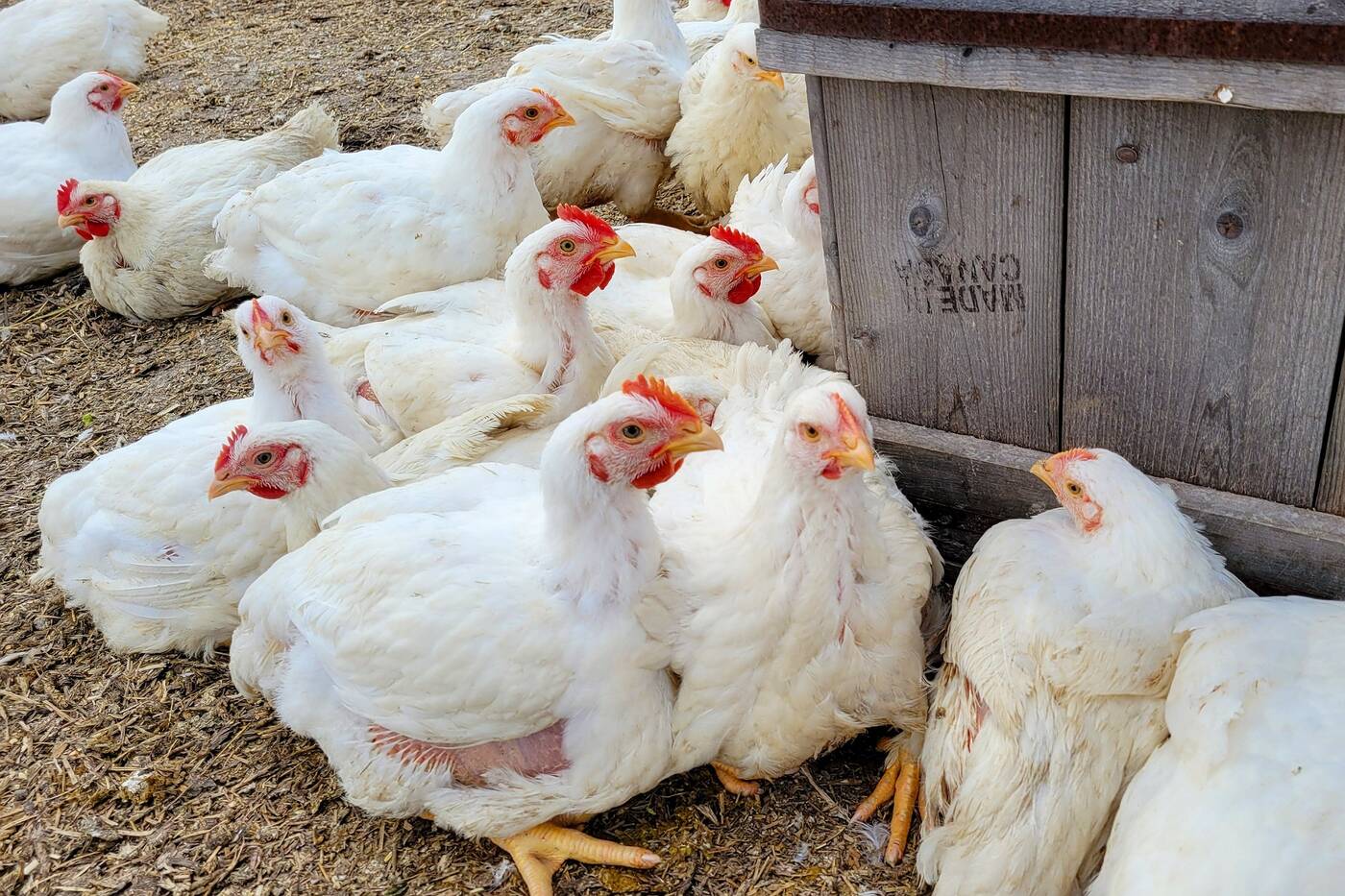 What makes Carma Farms superior to products of commercial farming? The poultry, for example, is natural and pasture-raised. This isn't a gimmicky term or technicality - the chickens have constant access to outdoor pastures. They can forage and graze on nutrient-rich grass, plants and bugs - this is vital to their well-being.

"We have customers who are immigrants from Asia and Europe. They tell us how much they love our eggs because it reminds them of the ones they raised and ate back home," says Andrea.

On commercial farms, chickens are raised in unnatural conditions to grow rapidly. Most reach slaughter weight within 6 weeks. At Carma Farms, the chickens take 12 weeks to meet production standards. Raising livestock on pastures is a slower process, but results in a healthier and better-tasting product. 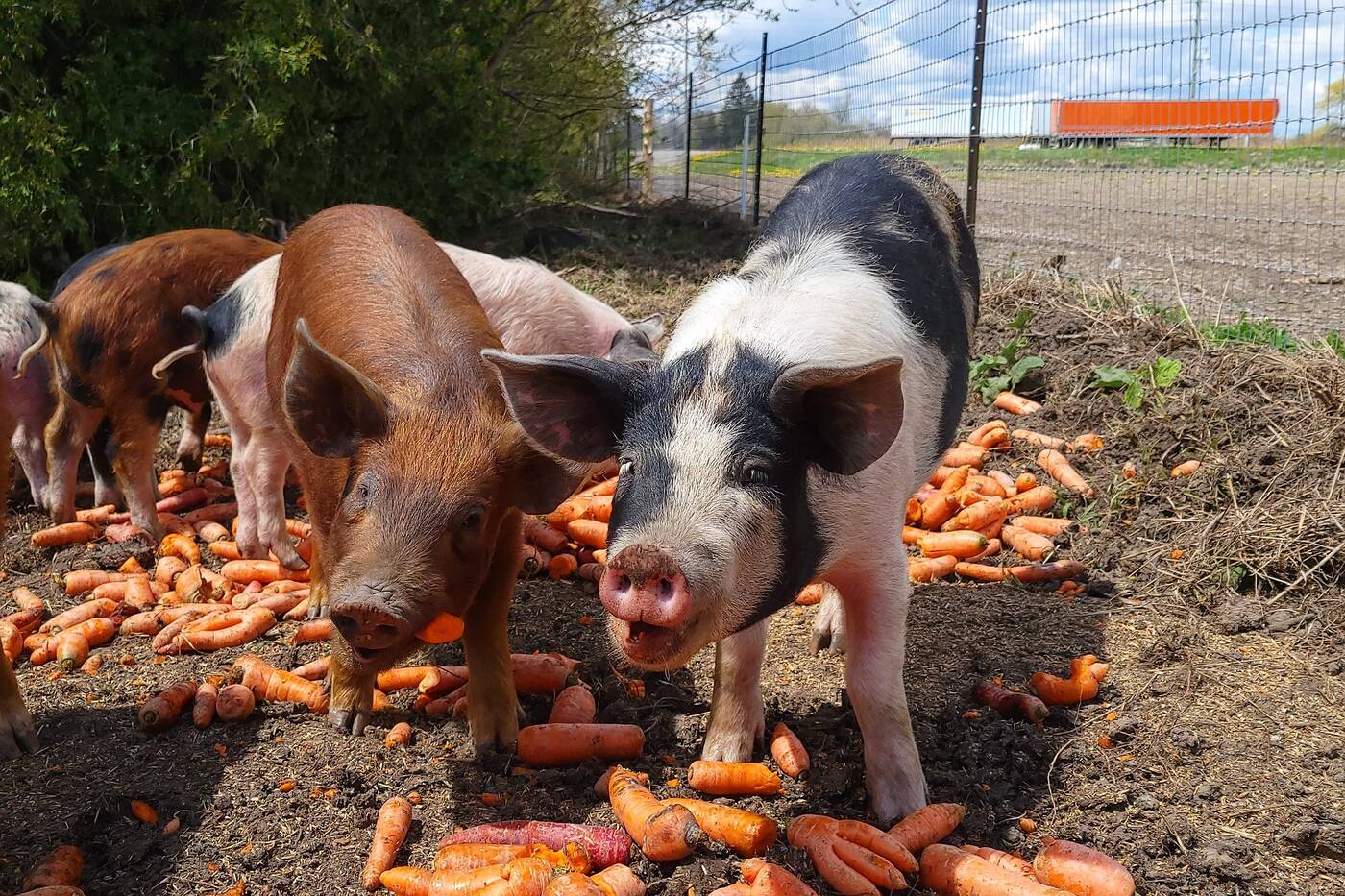 The same standard applies to the pigs. Family farming allows for better quality control and more freedom to adjust and fine-tune the process.

One year Mike and Andrea decided to try something new before placing their products in the market. They sourced Kale and included it in the pig feed. Although nutritious, they realized the bitterness of the kale tainted the pork’s flavour.

Needless to say, these didn’t make it onto shelves. They have since found the perfect feed combination to yield juicy pork with great flavour. 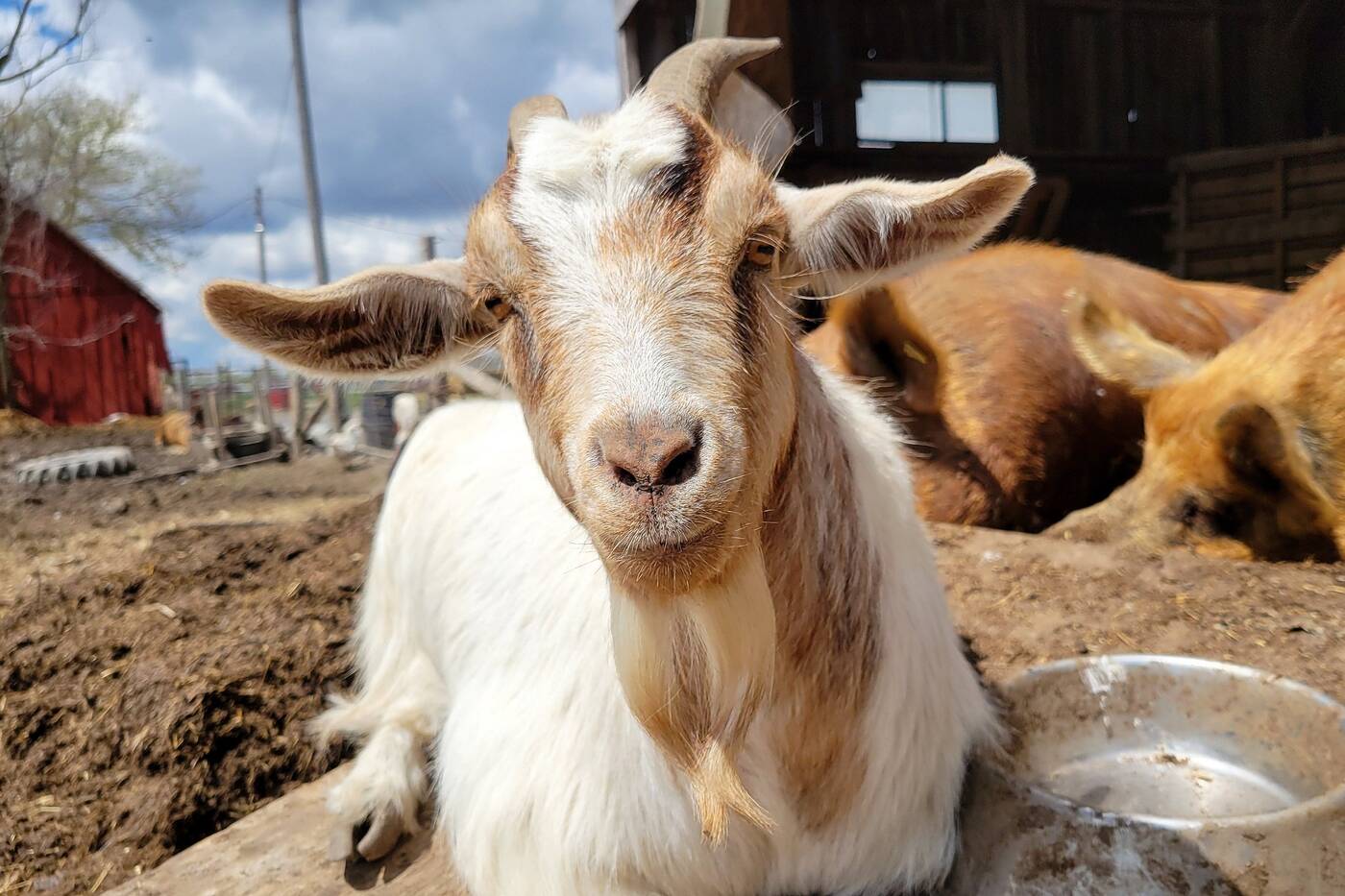 Countless animals roam the property. While some end up on dinner plates, many are fortunate enough to be kept as pets - like Fern the rambunctious goat and the Galloway cow brothers, Apollo and Rocky. 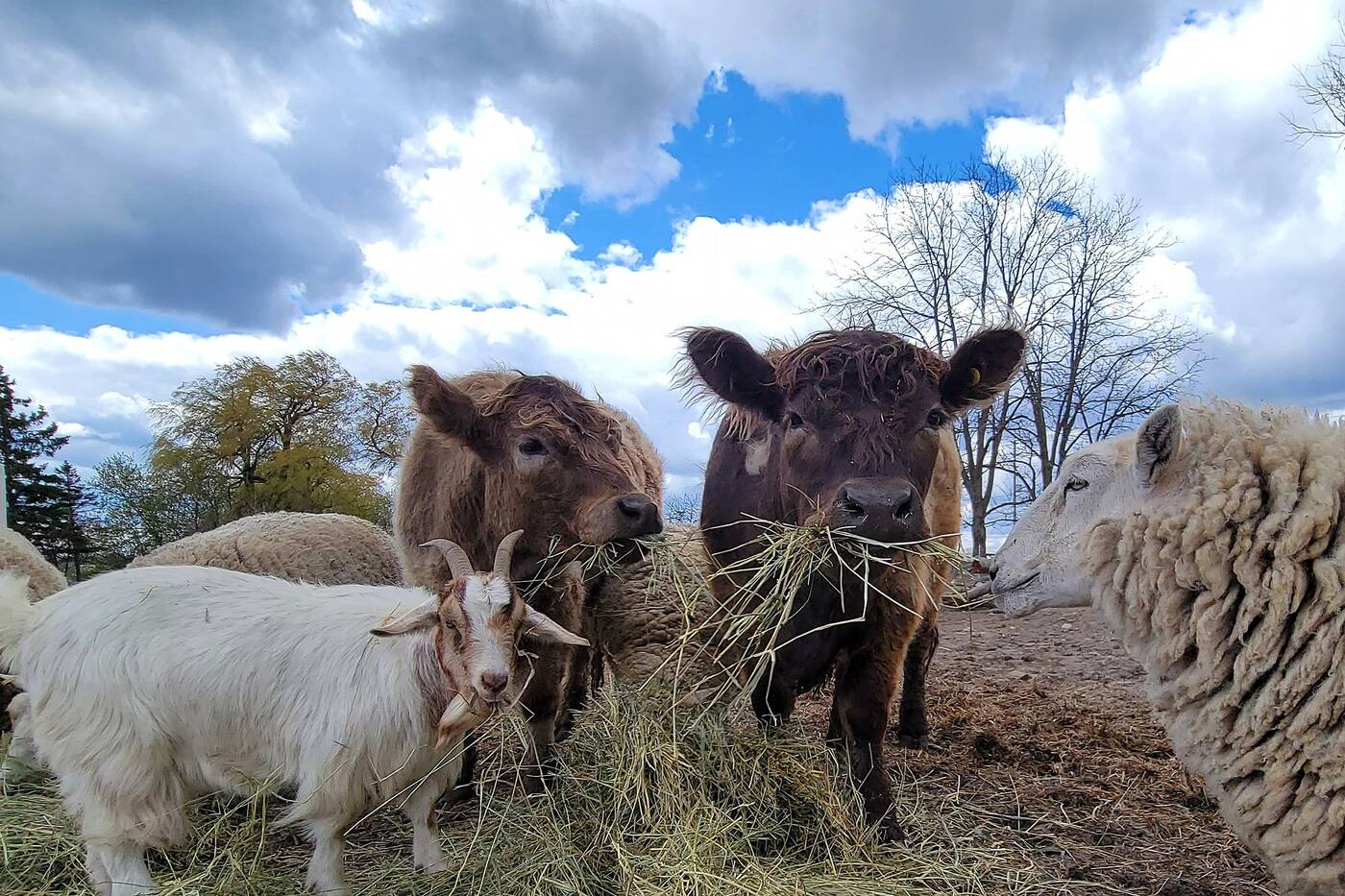 They were initially purchased for meat but their fate quickly changed once the family and visitors fell in love with them.

Andrea breeds Great Pyrenees guardian dogs. They are working dogs who live outside on the farm to protect the herd from raccoons, hawks and coyotes.

People visit the farm as an escape and say it's been great for their mental health. "Customers are grateful there is somewhere to go for fresh air," Andrea says. "They can grab everything they need for dinner while the kids burn off energy outside." 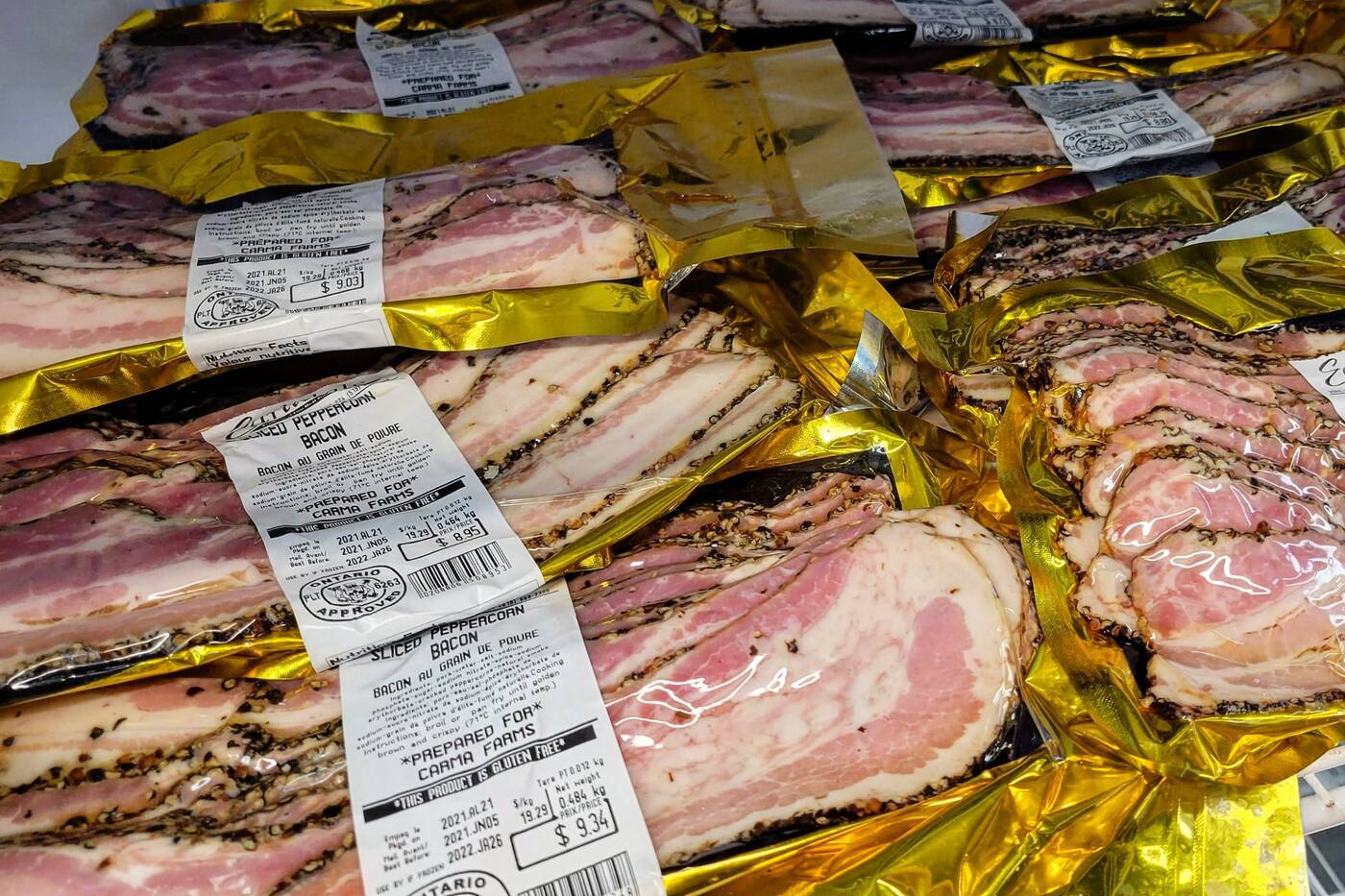 The farm is open to the public Thursday through Sunday, but will be extending their schedule in the summer. Visitors can interact with the animals and purchase livestock feed inside of the market. 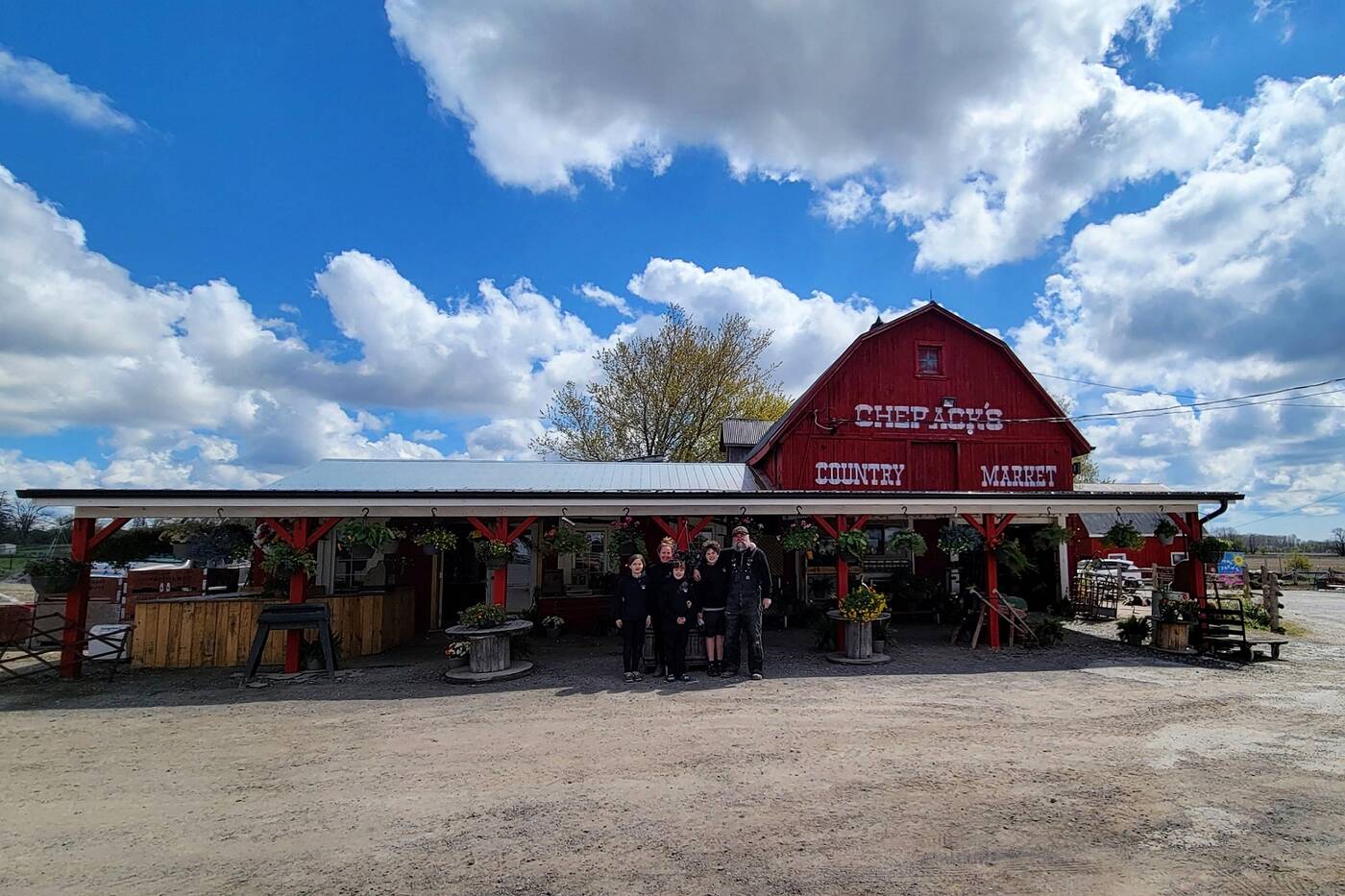