The Arcadian Court in the Bay Store at Queen and Yonge still exists, but it's no longer generally open to the general public.

Instead of being “the place where Toronto does lunch,” it's now a private event space — highly sought after for wedding receptions, gala dinners and corporate functions. This is a pity, as the venue has been a part of the Toronto scene for over eight decades.

I remember when it was a favourite place to enjoy a quiet lunch amid the hustle and bustle of the city's downtown. For many years, I visited it the week prior to Christmas to take part in its special yuletide buffet.

In the days when the Arcadian Court was open to the public, upon entering the reception area, people were greeted by the sound of a grand piano playing the favourite songs of yesteryear.

The music partially obscured the clinking of china and the tinkle of silverware, as well as the quiet conversations within the cavernous room. 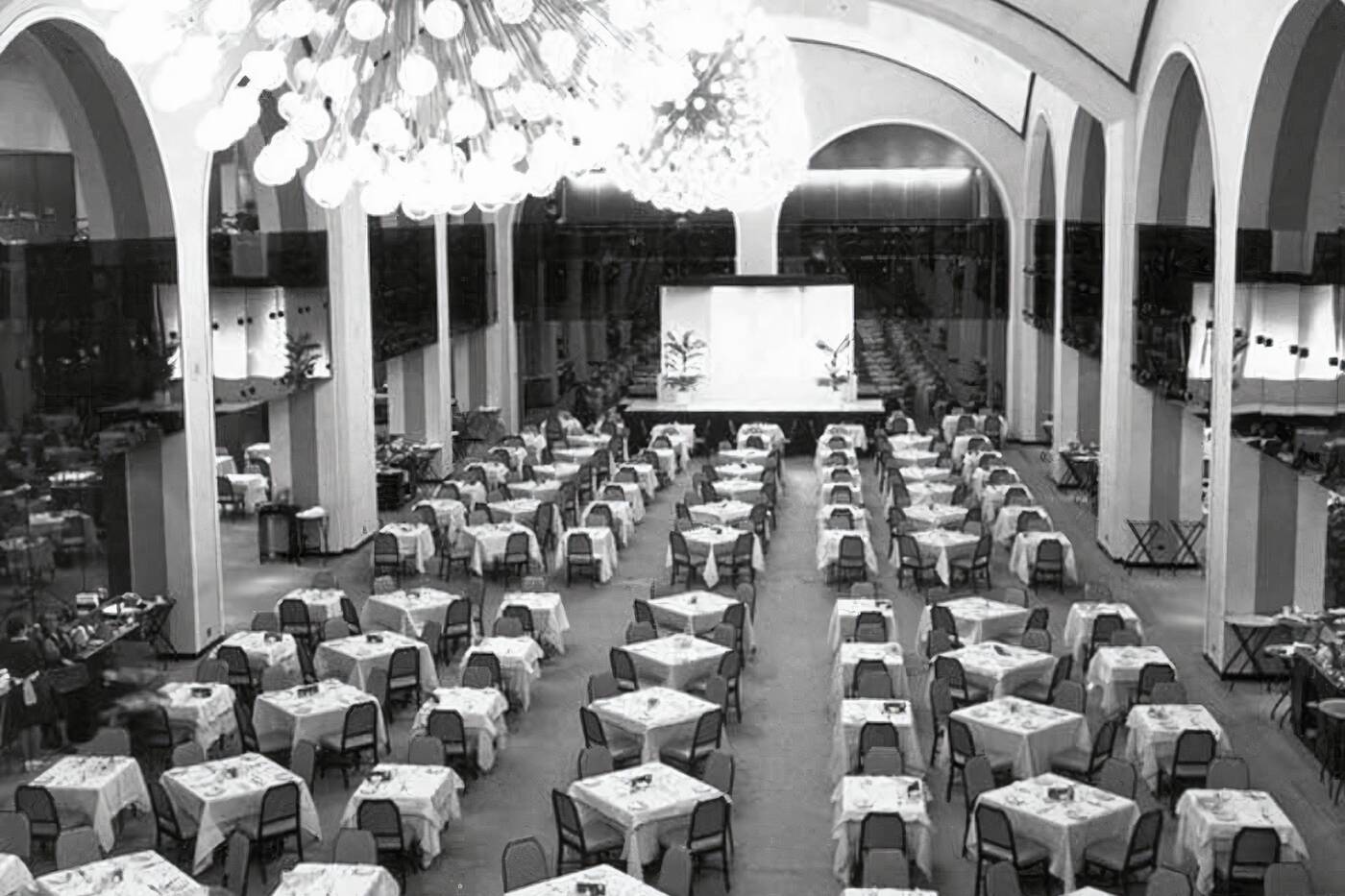 The Arcadian Court is serving over one million meals a year in 1962. Photo from Arcadian Events.

A smartly attired hostess escorted all guests to their tables where the waiters asked if guests wished to see the menu or would prefer the buffet.

I usually chose the buffet. I particularly enjoyed the roast beef and the chicken pot pies, both available on the menu as well as the buffet. The array of salads, hot dishes and desserts were on par with the finest restaurants.

The attentive service and quiet atmosphere were appealing to diners who were older, but also attracted businessmen seeking a quiet spot to discuss transactions or become more acquainted with clients.

Sometimes there were families with young children, especially on Saturdays. However, since many customers were older, attendance slowly declined.

This was a pity, as the history of the Arcadian Court included many events that were important in the lives of Torontonians.

The story of the Arcadian Court began between the years 1928-1929, when the Robert Simpson's Company built a nine-storey Art Deco addition to its already enormous department store.

The new structure was at the corner of Bay and Richmond Streets with its main entrance located on Bay Street.

Included in the new building was a two-storey restaurant on the eighth and ninth floors. The two floors allowed the restaurant to have a main floor and a mezzanine level.

It was said that when it opened, it was the largest restaurant in the world located within a retail store.

I am not certain how this could be verified, but the facility was indeed expansive as it accommodated almost 1,000 diners. It required as many as 500 workers to support the operation of the 8,000-square-foot dining space on the main floor and the 6,000 square feet of the mezzanine. 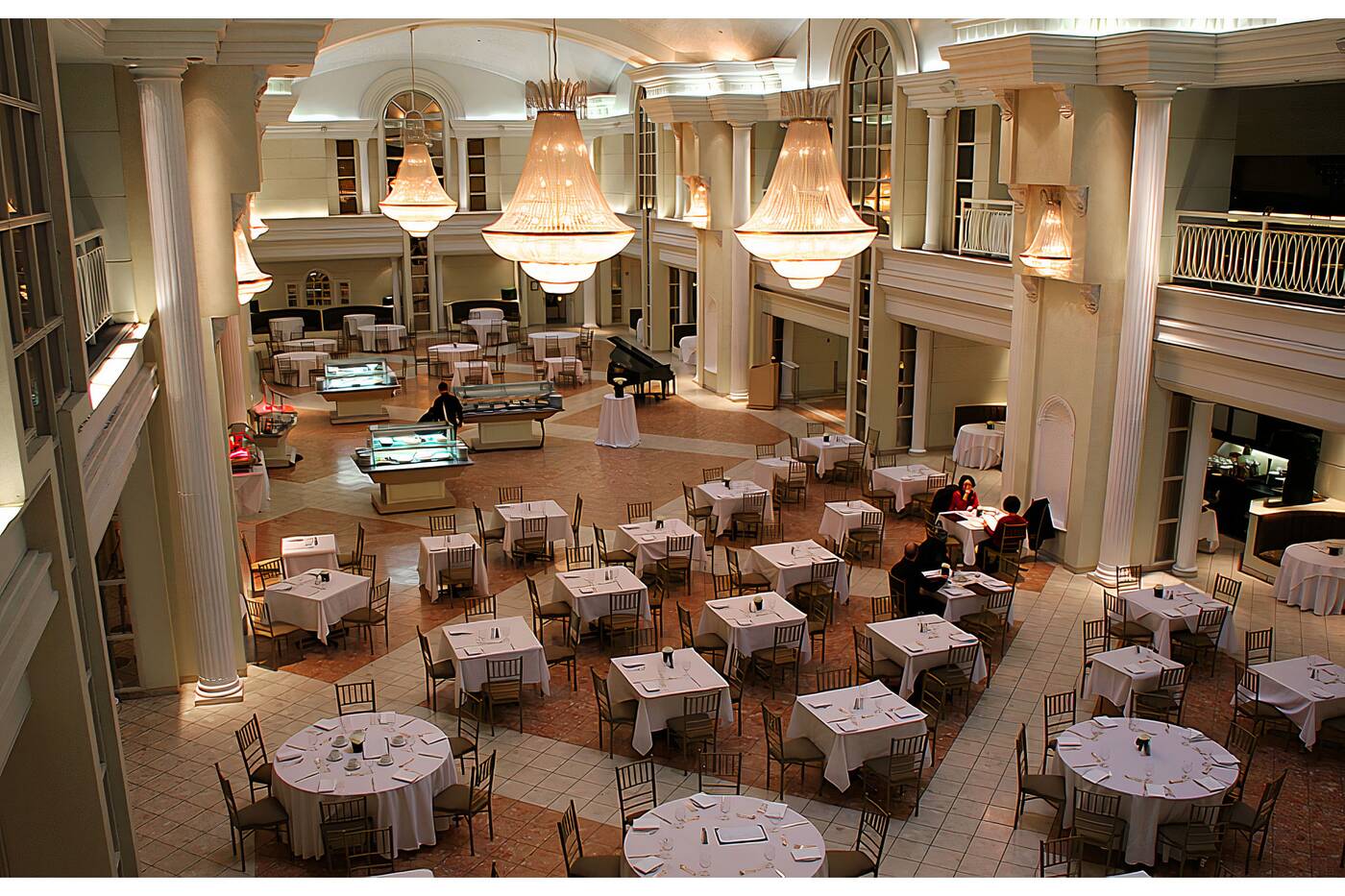 Photo of the Arcadian Court after 1968, as the original chandeliers have been replaced. Photo from Urbantoronto.ca.

The Arcadian Court was created to compete for the lunch crowd with the Royal York Hotel, as well with Simpson's retail main rival — Eaton's.

The latter was located directly across from Simpson's, on the north side of Queen Street. Eaton's had opened its Georgian Room in 1924, and Simpson's was desirous of luring diners and shoppers away from its competitor.

However, the Arcadian Court was different, was more luxurious than the Georgian Room. It aimed to attract more well-to-do patrons, often referred to as the carriage trade.

Large arched windows on the west side created panoramic views of Bay Street, the newly constructed Canada Life Building and the western skyline. These windows were eventually covered over and this remains true today.

The colour scheme of the Arcadian Court were muted shades of silver and violet, with a hint of blue.

The thick carpets and massive chandeliers added a degree of elegance never before seen in the city. The chandeliers were of Sabino glass — manufactured in France by the the famous glassmaker, Rene Lalique.

The mezzanine level (9th-floor section) was surrounded by ornate wrought iron railing and was reserved for men until about 1960.

After the Arcadian Court opened, it was immediately successful and this continued even during the Great Depression.

One reason was that not only was it a luxury dining room, but it was used for trade, art, automobile and fashion shows as well as grand dances, lectures and concerts.

Liberace once performed on a grand piano to an enthralled audience. The Simpson's venue was also one of the city's favourite places for dining and dancing on New Year's Eve.

In 1929, the first radio broadcast of the Toronto Symphony Orchestra was held under its high ceiling. The one-hour program was heard across Canada on the CBC. 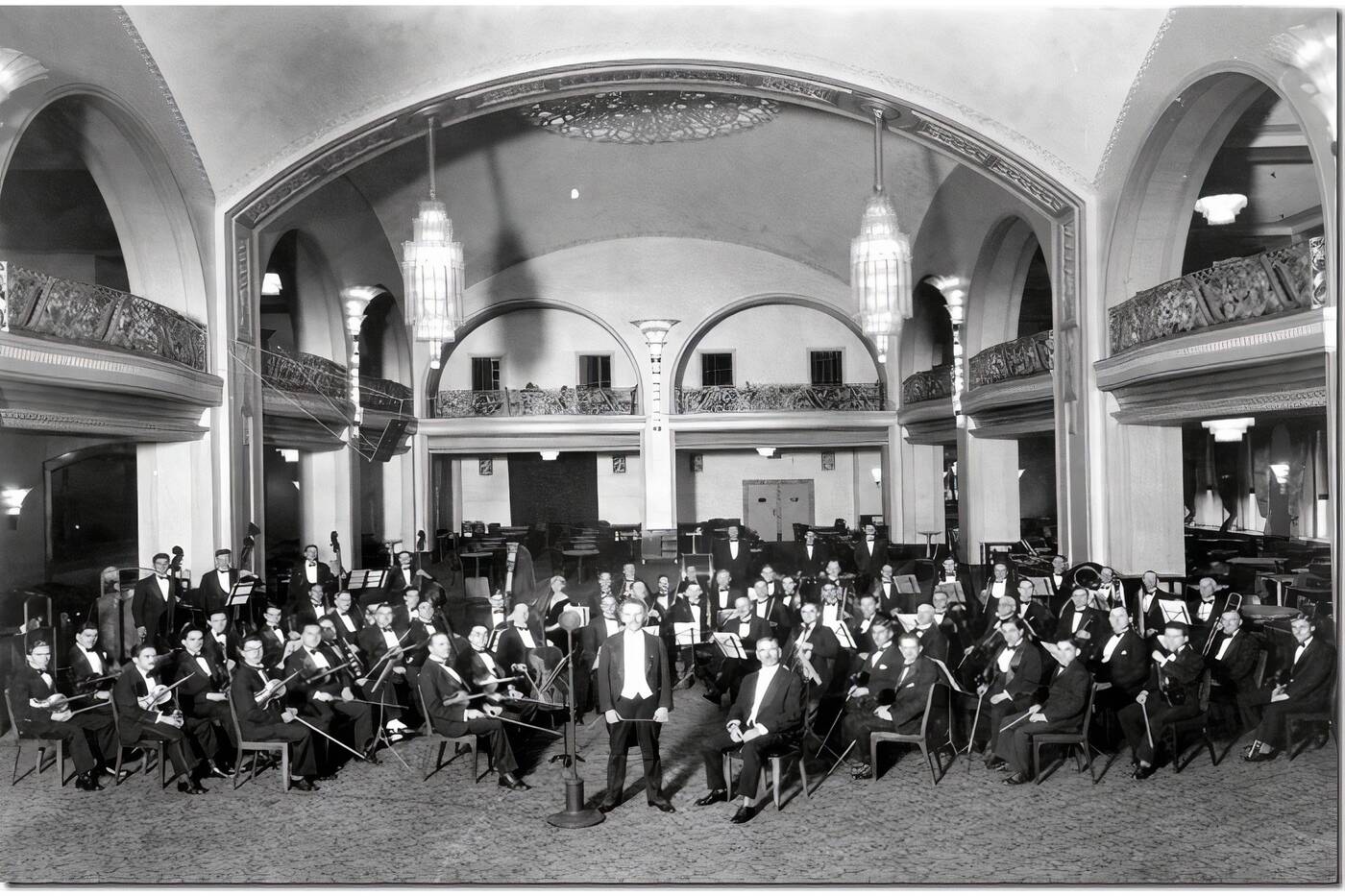 In 1932, Winston Churchill was booked to speak at the Arcadian Court, but due to the demand for tickets, the event was changed to the newly built Maple Leaf Gardens. 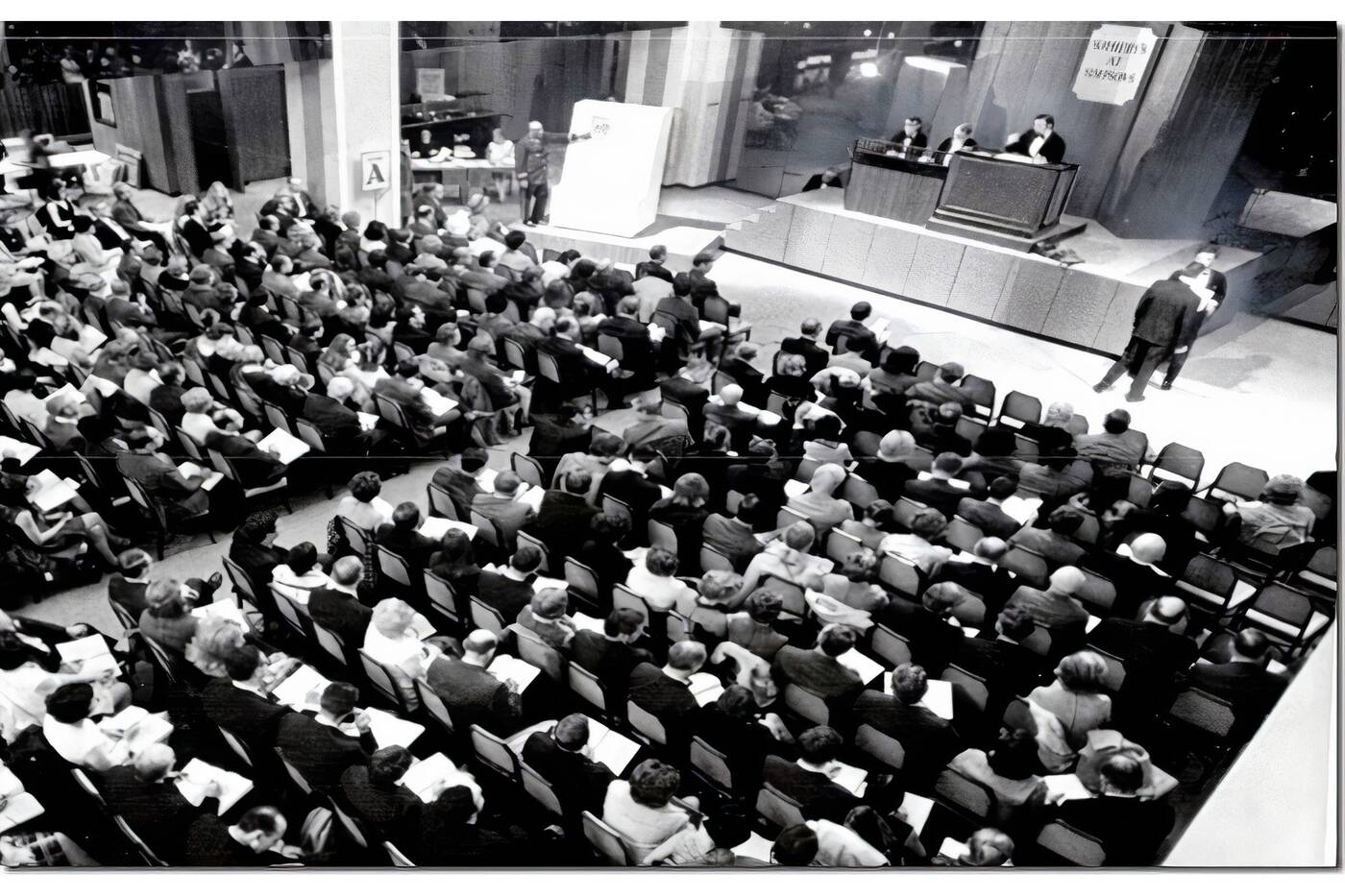 The Arcadian Court was renovated four times since it opened in 1929.

In 1978, Simpson's was bought by the Hudson's Bay Company, but operated under its former name until 1991.

Unfortunately, due to the diminishing number of patrons, the Arcadian Court closed in 2011.

It reopened in 2012 under the management of Oliver and Bonacini. Its name is now simply “The Arcadian,” and it operates as a private event venue. 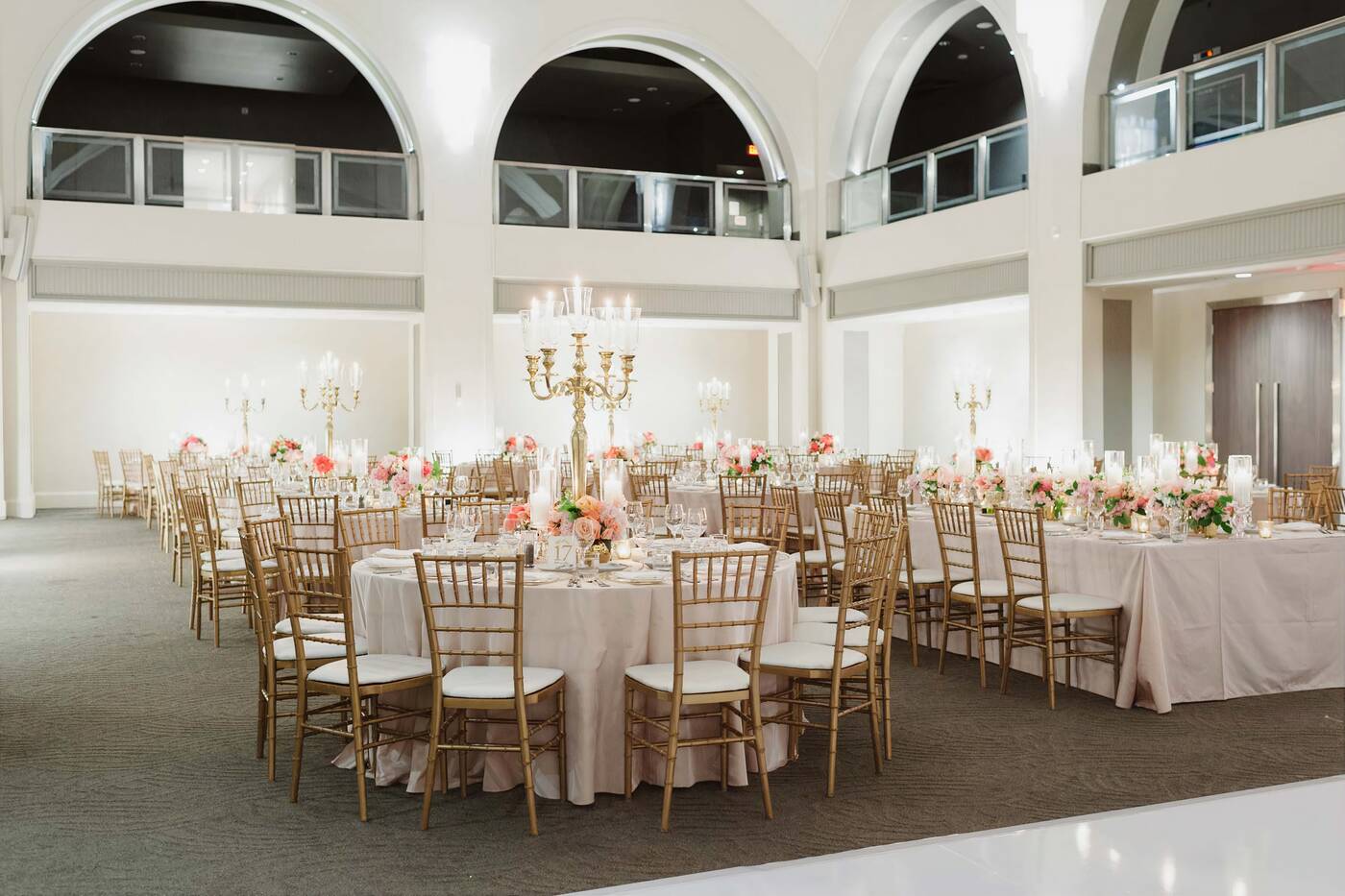 It's interesting to note that when the Arcadian reopened, the original chandeliers were missing. 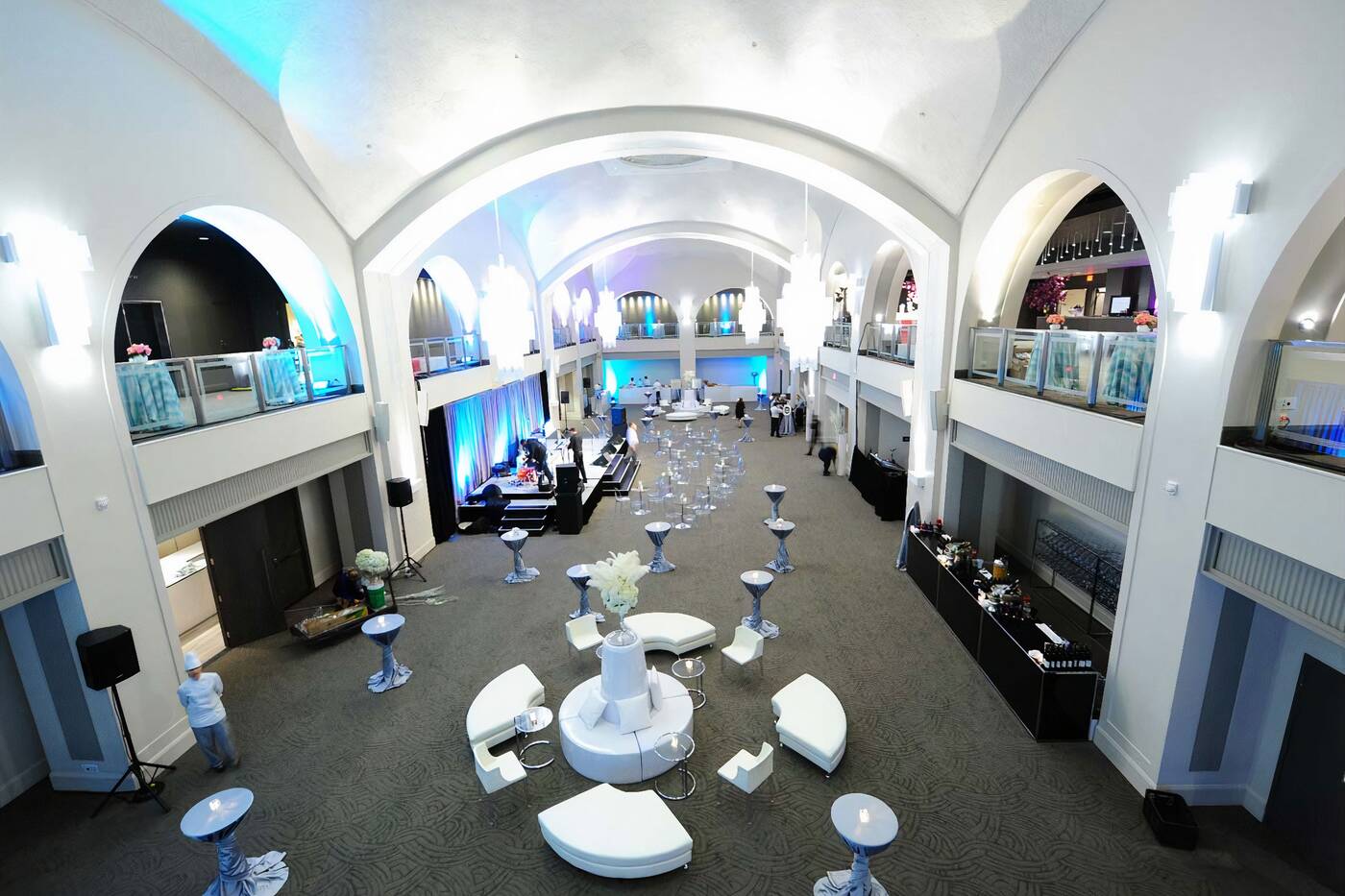 They were sold in 1968 to a New York antique dealer. He restored them, sold them to a Manhattan company, and they were placed in the firm's lobby.

Doug Taylor was a teacher, historian, author and artist who wrote extensively about Toronto history on tayloronhistory.com. This article first appeared on his site on February 27, 2016 and has been republished here with the permission of his estate. The article has been modified slightly.