After 10 years of serving buttermilk fried chicken at the corner of Queen and Shaw streets, restaurant County General has closed for good.

The property at 936 Queen St. West is now marked permanently closed on Google and the brunch business is now available on Chi Real Estate, according to a sign in the window.

County General could not be reached for comment regarding the closure of its Queen Street location. 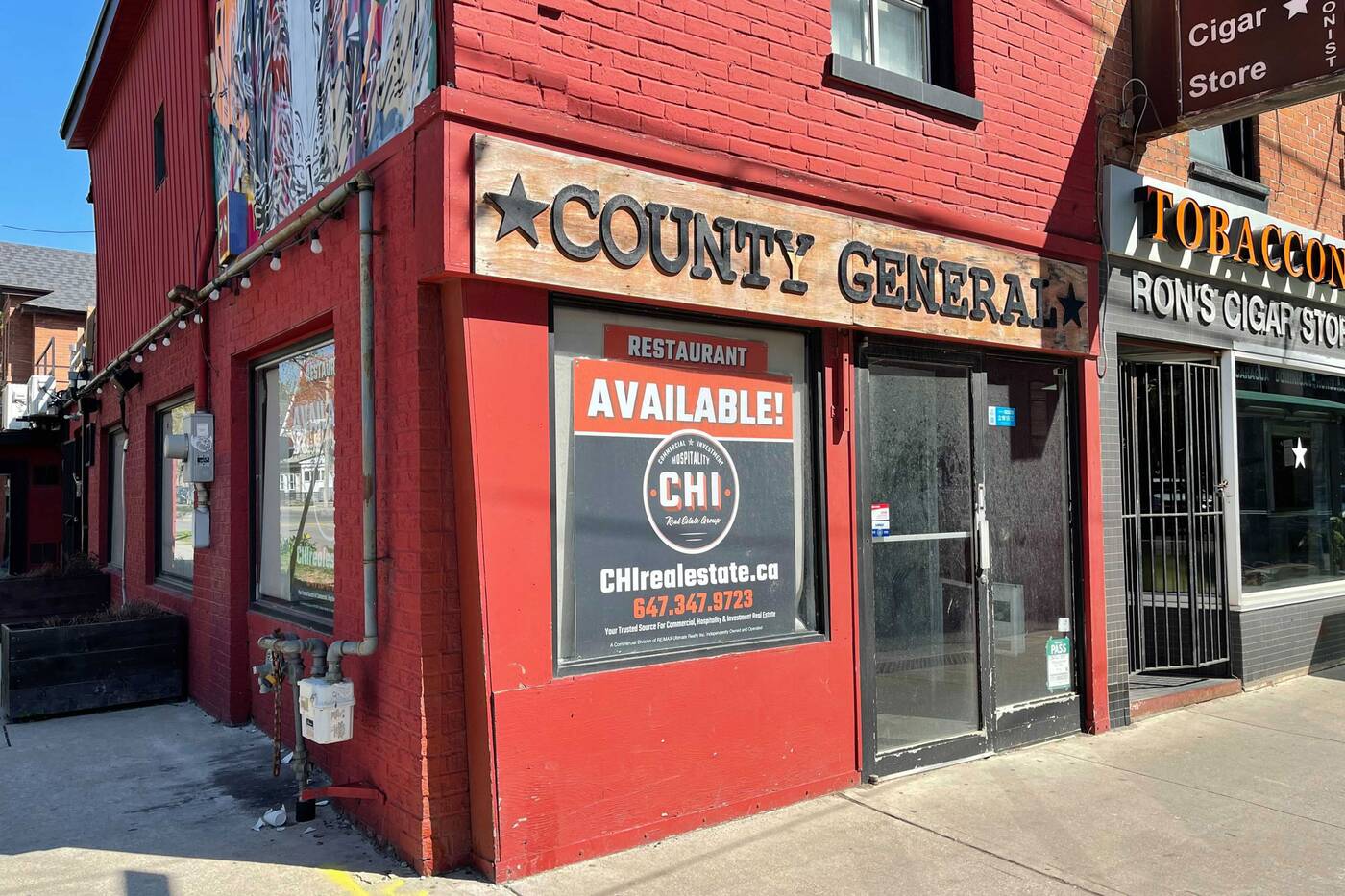 The County General has closed permanently at Queen and Shaw. A sign in the window shows the restaurant is listed by CHI Real Estate. Photo by blogTO.

It's been a decade since owner Carlo Catallo launched the rock music-playing restaurant as an affiliate of Victor Barry's now-closed Annex fine dining institution Splendido.

​​​​​​Until the pandemic, the restaurant, known for its revelatory buttermilk fried chicken thigh sandwiches and extensive bourbon menu, was a hot seat to grab during brunch hours.

In 2015, the brand sent its comfort menu out east with a location in Riverside. That outpost folded three years later. That same year, the County General brought in Chef Myles Chaulk as head chef.

The County General announced in November that it was closing on Queen for "the foreseeable future." That same month it opened a new location in North York where offering takeout and delivery from a plaza at 3550 Victoria Park Ave.

That location closed for renovations back in December, according to an Instagram post. No news has emerged since about when or if County General North York will be reopening.