A Toronto restaurant is getting into the empanada game with new project they're calling Super Empanada.

It's run by the same people behind Tanto, and it's located in the same space, but it's taken over the storefront. Tanto, once located on Ossington, relocated to 922 Queen St. W., and has now been relegated to the back.

Tanto is known as one of Toronto's top Latin American restaurants, serving house-cured items and house-baked bread along with small plates involving peanuts and olives.

Tanto chef Julian Iliopoulos tells blogTO the spot across from Trinity Bellwoods park will also offer "simple desserts and crushable bevvies" in addition to a variety of empanadas. Everything will be made from scratch, with empanadas rolled and folded by hand every day. 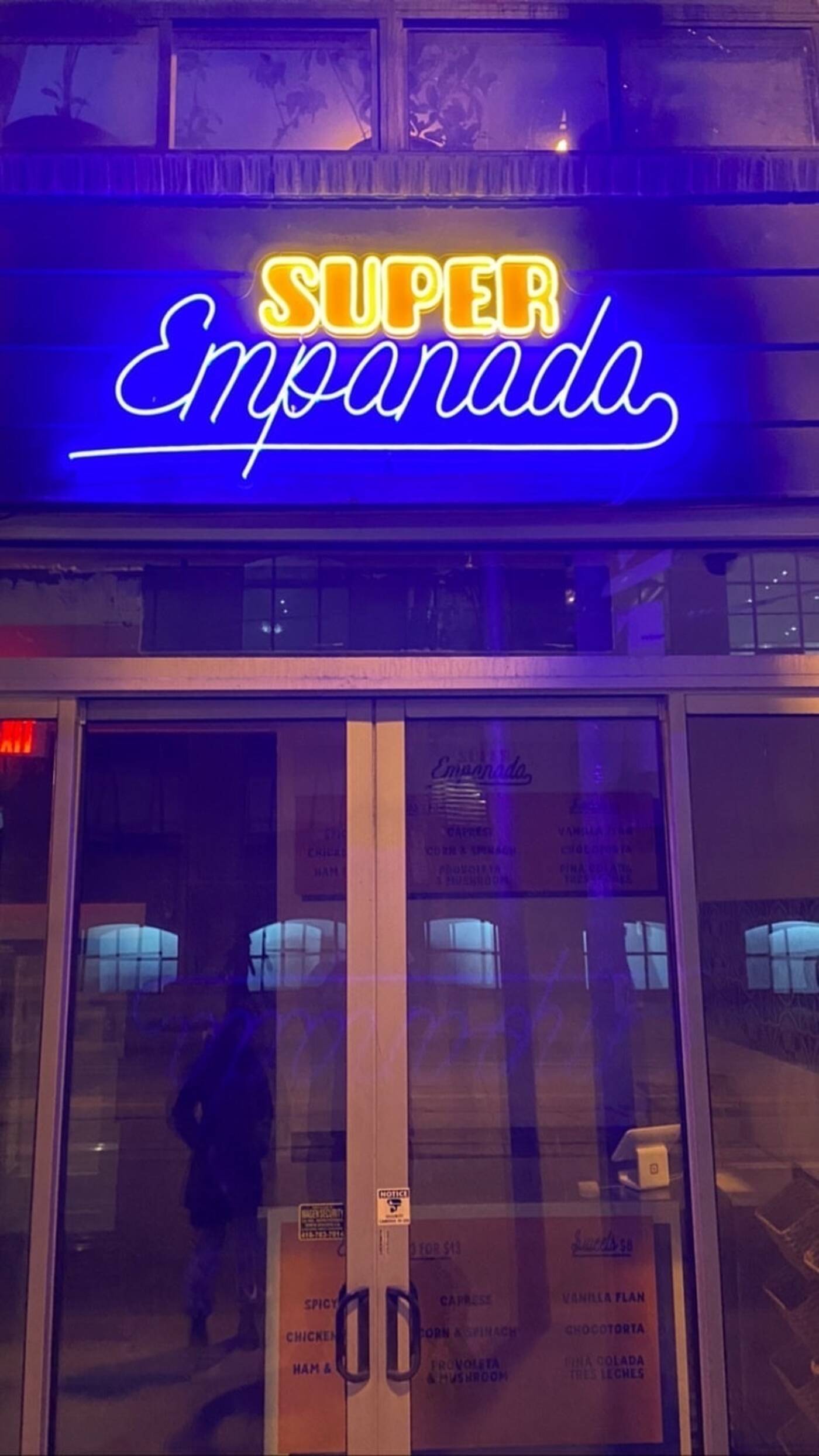 "Super Empanada is a project that I have been dreaming of for a long time. After working through the recipes the last number of years at Tanto I feel they are ready to take the centre stage," says Iliopoulos.

"With the pandemic showing no signs of slowing down, now seemed as good a time as ever to bring forward a fast, casual neighbourhood concept."

Super Empanada should be soft open on Friday at 4 p.m., with hours from 4 p.m. to 8 p.m. Thursday through Sunday.