Hundreds of bars and restaurants in Toronto have shuttered during the pandemic, yet Momo House has managed to expand out of Parkdale with not one but two new locations in the last few months.

As of Wednesday, the Tibetan restaurant is officially a mini-chain.

Just months after opening up in Yorkville, Momo House's newest has officially launched at 685 Queen St. W., taking over the Asian street food restaurant Rickshaw Bar with its menu of momos.

According to owner Garab Serdok, this latest project has cost him a whopping $125,000.

In this economy, that amount of spending for a small business seems unfathomable, as does the idea of juggling three Momo House locations plus Tibet Kitchen, which Serdok has been running since 2012.

New equipment from Nella ringing in at over $45,000 was just one of the expenses, says Serdok. He says he's also paid $65,000 in rent since acquiring the Queen property in October, just to secure the unit.

Momos coated with the crunchy Indian snack kurkure or sprinkled with chaat, a modern interior, and sauces made by Serdok's wife, Kunsang Dekyi, have earned the restaurant a following of loyal customers.

"We have built a relationship with the local community," says Serdok. "A lot of Parkdale restaurants came and supported me."

This past winter saw a major lull in business, especially at Tibet Kitchen, which Serdok says is "pretty tough right now."

"[Parkdale] streets were completely empty. There was no traffic, it was cold in the winter," says Serdok. 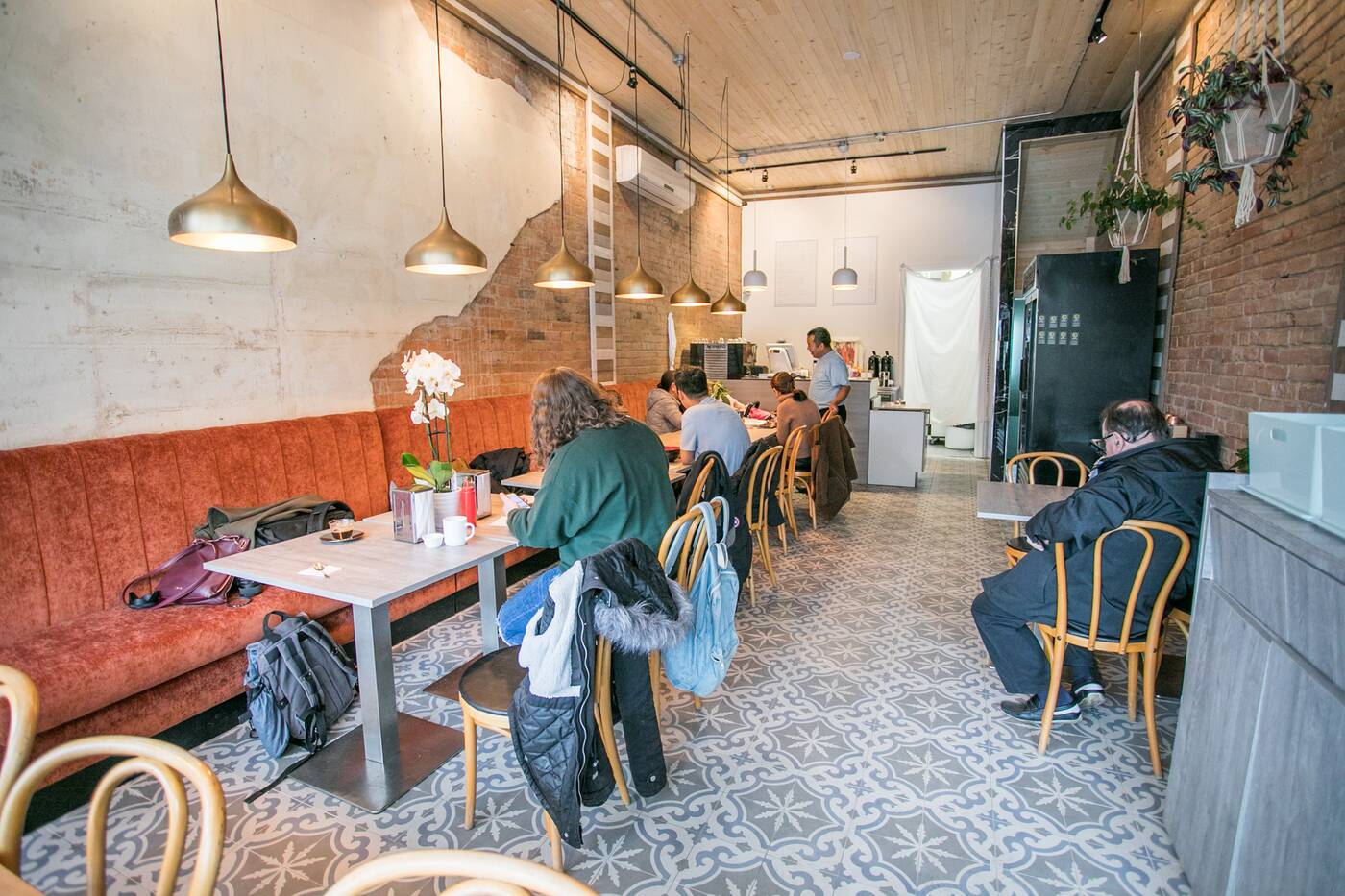 In Sepember, Momo House took over the old space of Brothers, marking the first Tibetan restaurant to open in Toronto's glitzy Mink Mile. The neighbourhood has welcomed the arrival of his restaurant, says Serdok, where meals are quick and affordable.

"We have a very good team," says Serdok. He employs 22 staff across all locations, and admits that paying salaries on time has been a struggle. His 25-year-old son Tenzin is now also helping out the business

Despite the pressures, Serdok is characteristically jolly and maintains his optimism for the future of his new restaurant.

"All my staff have been really supporting me. They’re all understanding," he says. "Right now it’s about fighting, we’re all gong through the hard times. But they believe."