This is Toronto's tiniest honey store

This contactless pickup box might just be Toronto's smallest family-run honey store – or store of any kind – but it has a big history and a lot of bees behind it.

East York's Ando Kass has a love of bees that extends back to the 1970s in Muskoka where his grandfather had an apiary on Gibson Lake. When he was a teenager they'd spend time together watching the bees buzzing in and out of their hives.

"It was very cathartic," Kass tells blogTO. "I knew one day I would want my own apiary."

It was the apiary that he'd start in 2015 in his yard at the house he bought on the Taylor Creek ravine that would become the genesis of tiny local honey business Taylor Creek Honey. The business operates as a contactless box where you can pick up honey and drop off payment on the honour system.

Kass's apiary had grown quickly from its start in 2015, and with the queen bee able to lay up to 3,000 eggs a day his project quickly grew to 10 hives which couldn't all be kept in the city. 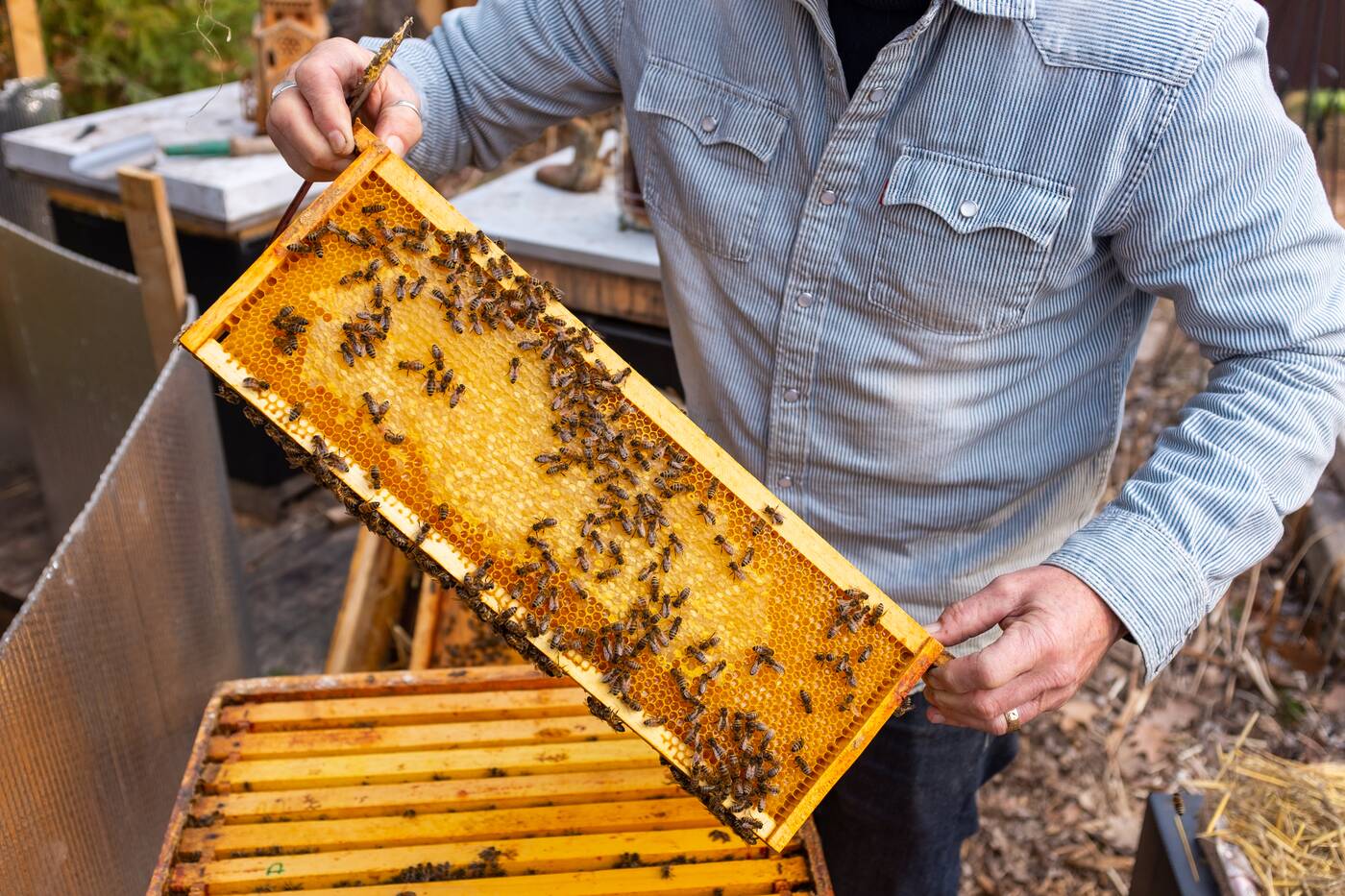 Half of them were moved to his father-in-law's rural property in Warkworth, Ontario, but the multiple hives still left him with a ton of honey on his hands.

"One strong hive can produce up to 100 pounds of honey in a season," Kass says.

"Knowing I could never eat that much, I wanted to share my labour of love with my neighbours and cover some of my costs. Being community-minded, I built a small cabinet in front of our house at 74 Ferris Road."

Kass's daughter Leena helps with the management of the hives and hand-painted a sign saying "Pure local honey sold here," his son Elias is a pro photographer who helps with online advertising and his wife Niina is a graphic artist who designed the labels.

"The idea was to give the Taylor Creek community the opportunity to buy local honey straight from the beekeeper," says Kass.

"It's self-serve, which I like because I don't need to manage the cabinet and it builds a sense of old school trust." 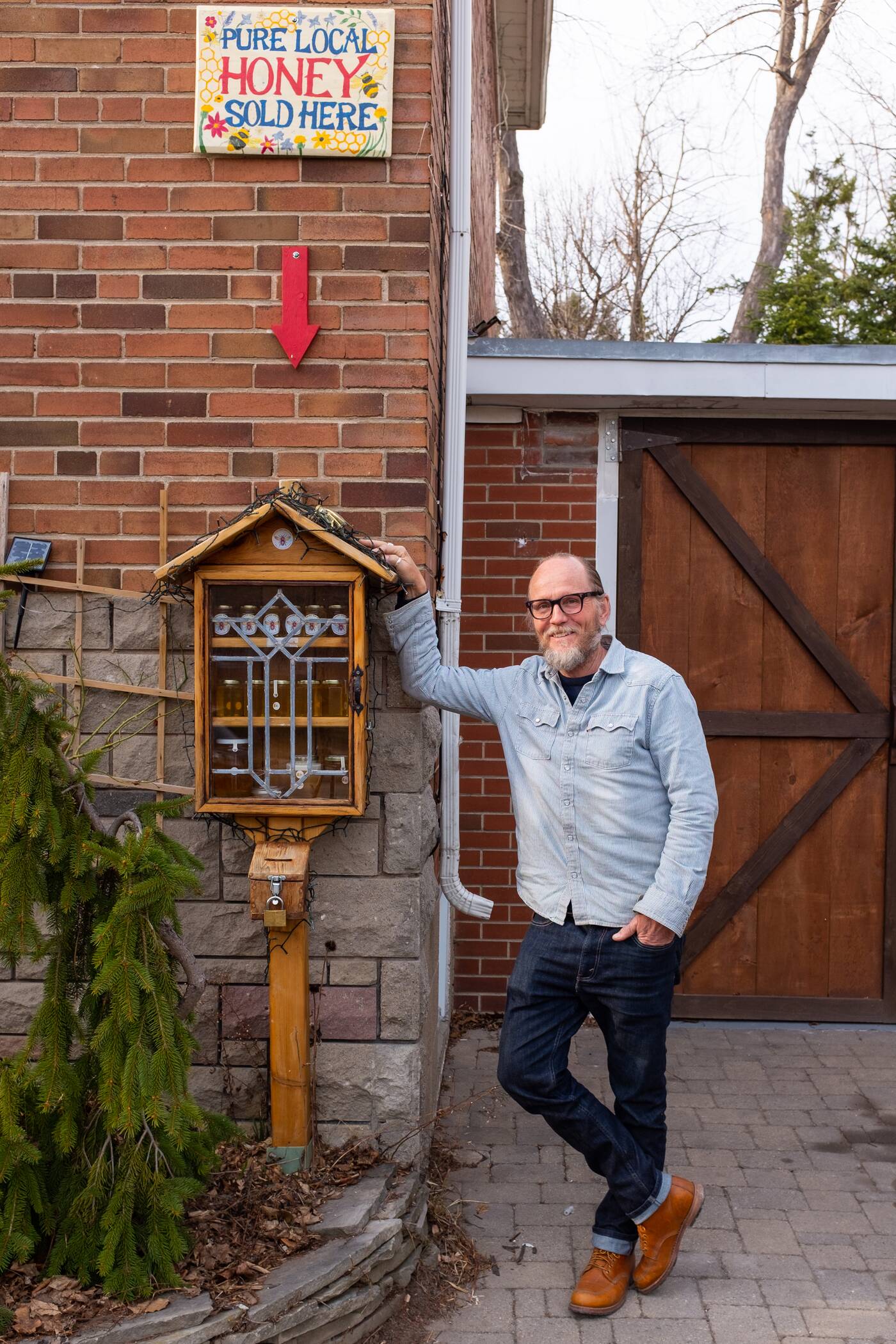 "I have nearly sold out of last year's honey supplies," Kass says, "but am hoping to expand my apiary and honey production this year."

The little but mighty operation may not be stocked like Costco, but the presence of this teeny self-serve store shows how family businesses are truly everywhere, and highlights the glory of great local small-batch products.