Toronto has now been in lockdown for over 100 days, and restaurant owner Regan Irvine says that prolonging the city's time in lockdown by once again entering the grey zone could mean the end of his business for good.

"Your half-ass lockdowns are causing people to lose everything while all of you have still collected full pay," wrote Irvine.

"Until any of you experience the financial setbacks and struggles that us small business owners have suffered, you will truly never know the impact of your decisions."

Irvine's post has since been shared widely on social media. The business owner says that the letter wasn't meant to be a publicity stunt: It was a last attempt to reach Premier Ford and Mayor John Tory, who Irvine says he's tried to contact multiple times.

A post shared by The Irv Gastro Pub (@theirvpub)

"This isn't about the Irv or Super Bargain, this is all small business," said Irvine to blogTO. "I believe [COVID-19] is a real problem...You've got to follow the COVID protocol. But it's our ability to make a living that's at stake."

Irvine is pushing for Toronto to enter the red zone immediately, rather than moving into the grey zone next week, which is equally as restrictive as current lockdown conditions when it comes to indoor dining.

Over the last few months, there's been mounting frustration among restaurant owners who've been limited to takeout and delivery.

As of late January, only about 575 infections in Ontario were linked to exposure at a restaurant, bar, or nightclub, according to the Province.

Contact tracing information collected by many restaurants in the summer has not yet been obtained for analysis by the Province or the City. Irvine says that his binder of 1,300 contacts and COVID-19 screening forms, collected during patio season, remains untouched. 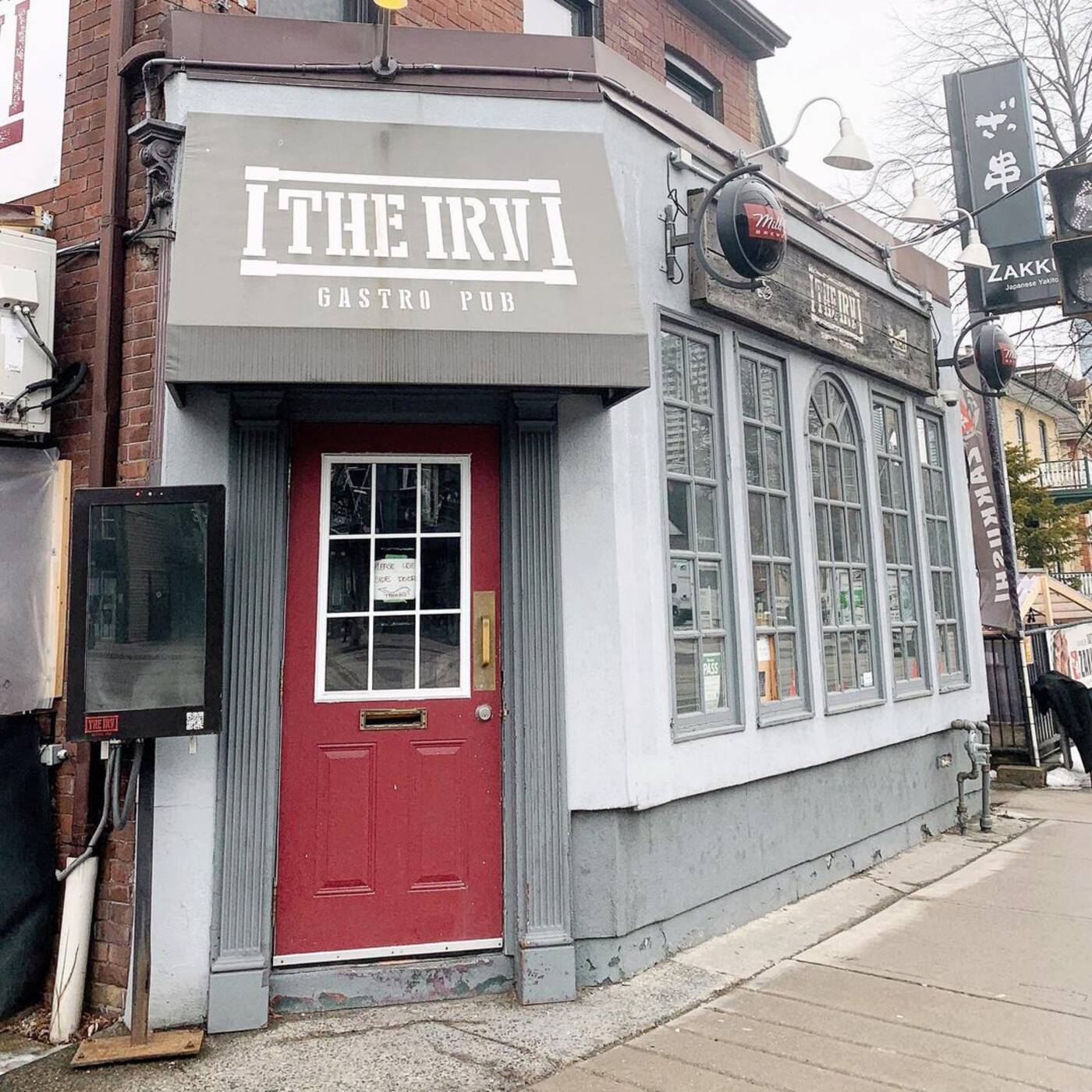 The Irv owner Regan Irvine says he's put in all his savings to keep his businesses afloat. Photo via Cabbagetown South.

Physical distancing, increased sanitation, single-use menus: They're all measures that Irvine says he's willing to adopt to bring customers back into the restaurant.

"I will comply in whatever way they want us to, as long as we have the ability to make money," he told blogTO.

Right now, the restaurant sells about $1,800 through takeout weekly. Even with the government's wage subsidy, it's not enough to cover rent, kitchen expenses, and staff pay.

Irvine says that he has drained his savings accounts, cashed in RRSPs and maxed out credit cards to keep his businesses afloat.

So far, he's spent around $70,000 in personal savings since the beginning of the lockdown. The restaurant owner says he doesn't know how much longer he can hold out.

"The longer this goes on, it costs money every single day," said Irvine. "Eventually the money runs dry... You have to make that tough decision, your livelihood."

"Are you better just to go work a 9 to 5, because you're going to have a guaranteed pay cheque? It's your home life, your mental health. How much longer can this go on?"