Giorgio Taverniti, the owner of Corso Italia's beloved pizzeria Frank's Pizza House, has suffered from glaucoma for most of his life.

The 47-year-old business owner was first diagnosed with the optical disease in his late teens, but in the last few years his condition has "really gone downhill," he told blogTO. 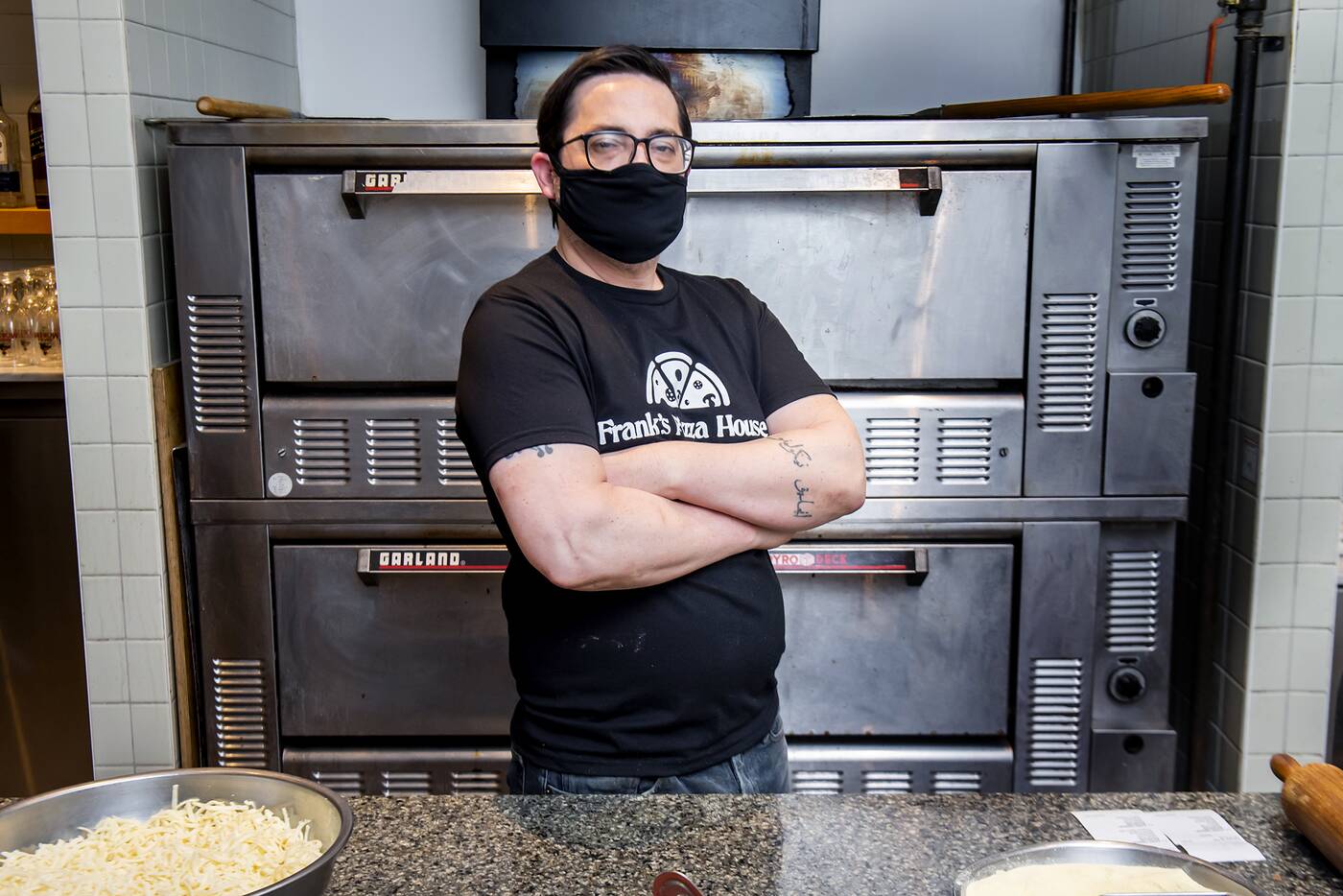 Taverniti no longer has vision in his right eye. He's lost peripheral vision in his left eye, too, meaning he can only see straight. It's getting worse: These days, when it's dark out, he can't see anything at all.

"I'm preparing myself for when I totally can't see," says Taverniti. 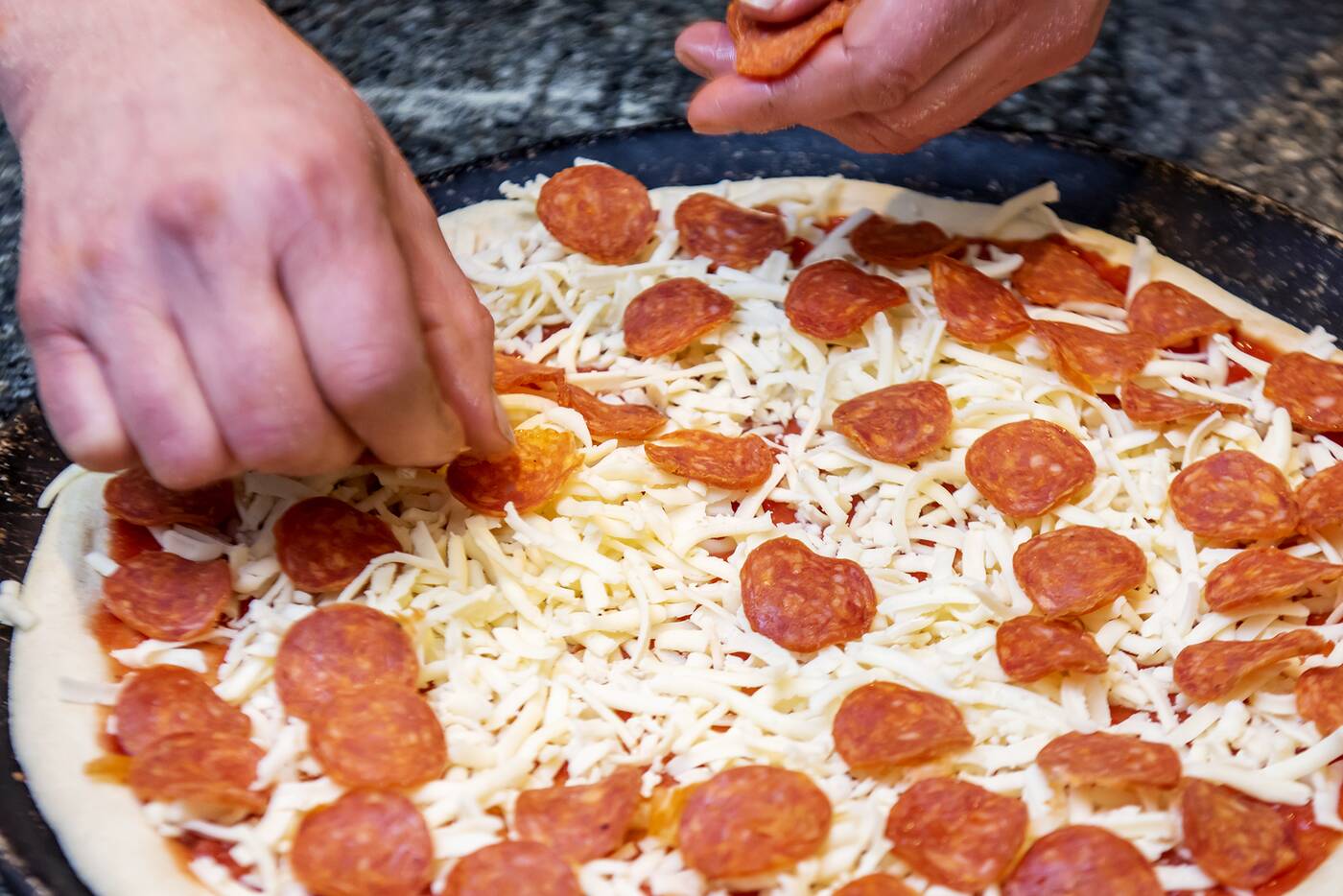 Taverniti's eyesight has gotten progressively worse in the last three years, but the experienced pizza maker still works behind the counter.

He's burned himself numerous times even without the blindfold, but the pizza-making veteran is sure he'll get the hang of it. 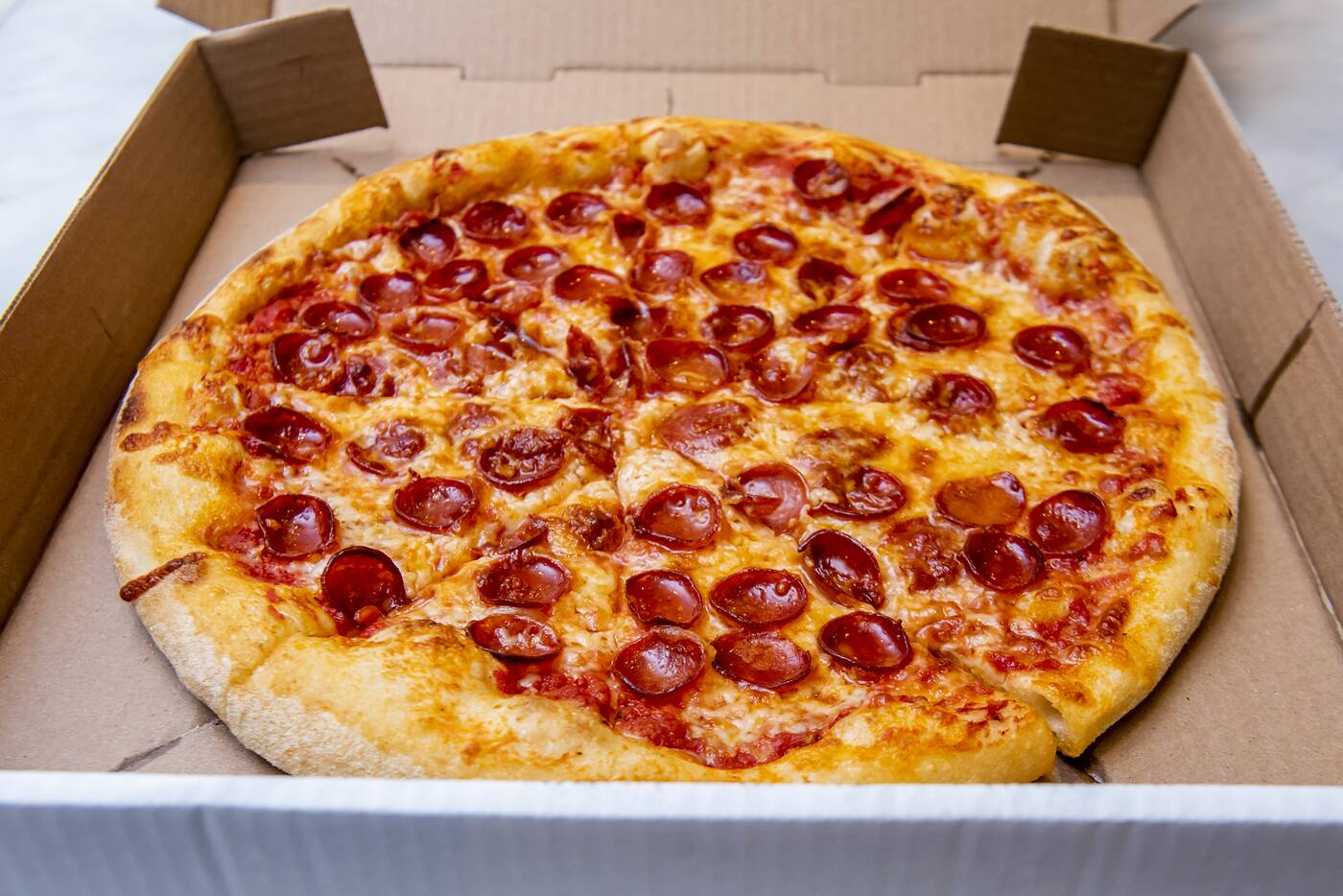 Taverniti helped to develop George Brown's Pizza Making 101 course and is a former contributor to the magazine Canadian Pizza.

For nearly three decades, Taverniti has been slinging 10-inch pizzas, pasta, and his famous calzones out of Frank's, which he and his mother took over from another family in 1992.

Frank's has a loyal customer base in Corso Italia, and over the years, Taverniti has adjusted his menu with gourmet toppings and gluten-free options to keep up with changing demand. 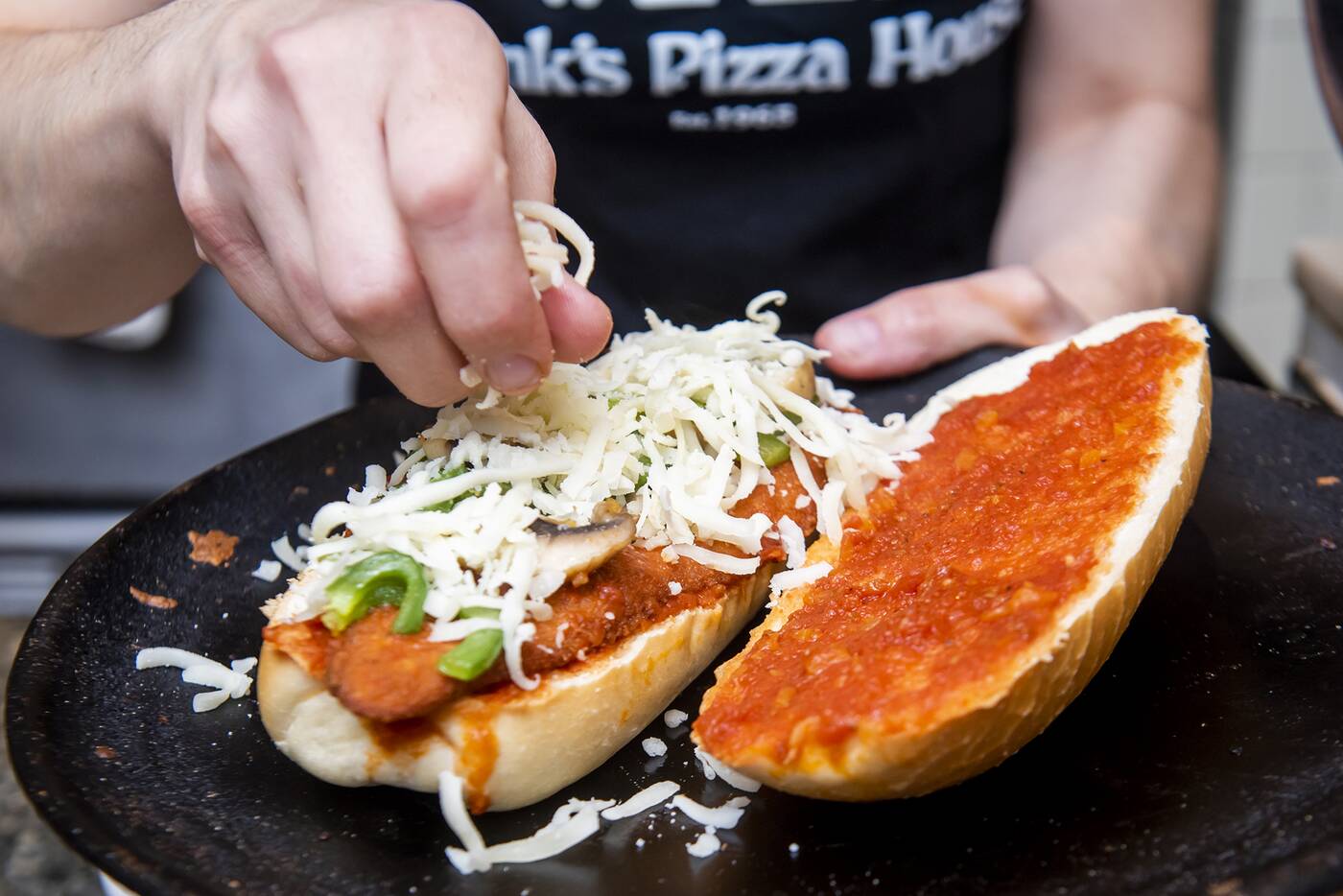 But when his eyesight started to decline, Taverniti was forced to scale back at the restaurant.

The severe glaucoma had started to impact his work. He'd bump into chairs or spill wine. "People probably thought I was drunk," he laughs. 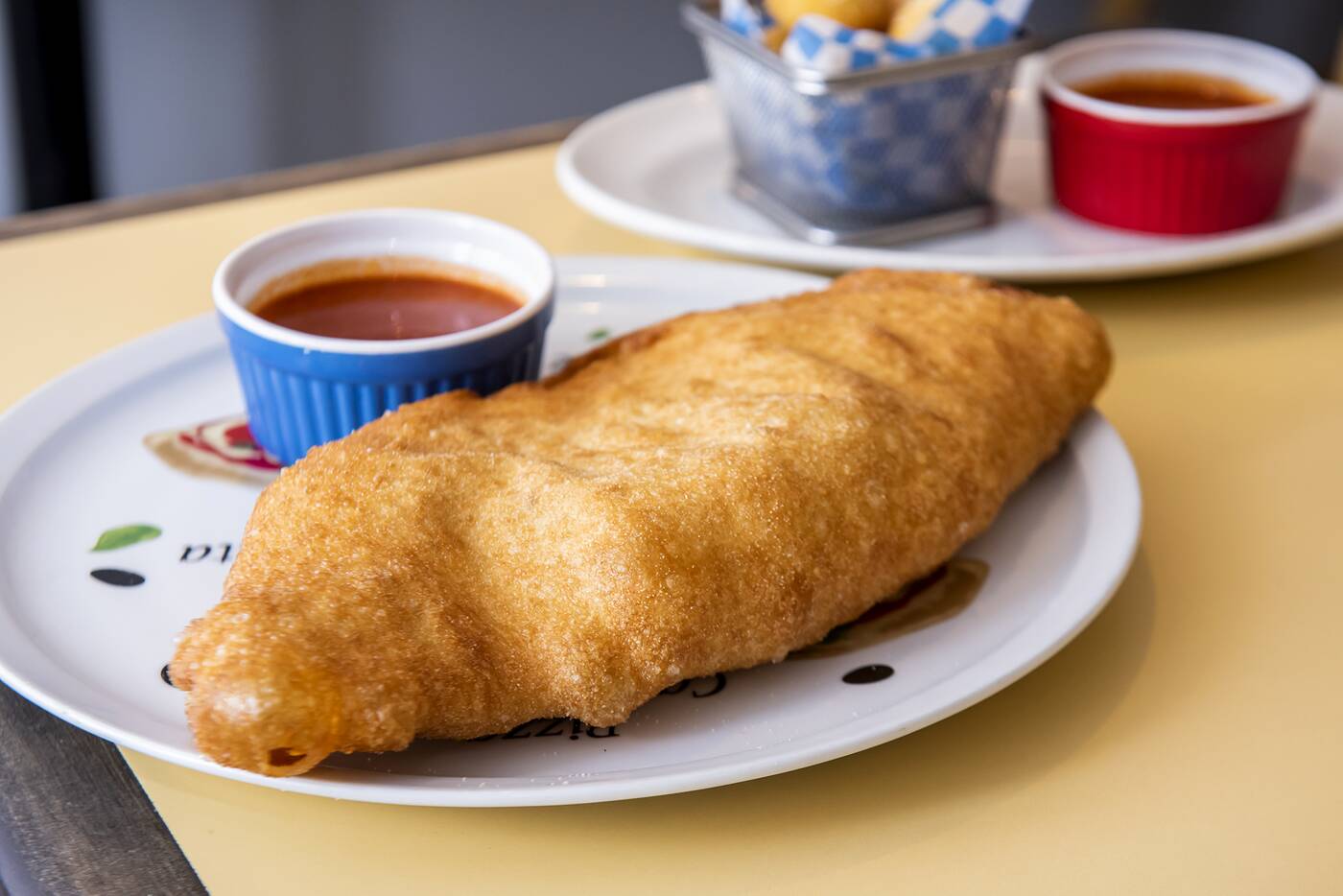 Deep-fried panzerotti are a specialty at Frank's Pizza House.

But he kept his condition a secret from his customers. "I didn't want people to feel bad for me."

When the pandemic hit, Taverniti returned to Frank's so that his wife Maria, who balances work at the restaurant and as a lawyer, could stay at home with the kids.

And in a pivotal moment, he decided to open up about his eyesight with an op-ed in Toronto Life in March 2020. In the piece, he wrote:

"I haven't even really been outside in a couple of days, because when I walk into a store, I have to touch ledges, maybe hold onto somebody's shoulder. I can't even get on a streetcar, I think I'd have an anxiety attack. I don't use my cane out in public, because I'm embarrassed. People might look at me and say, this guy's running a restaurant? He should stay home. But I have six kids. I can't stay home."

Fast forward a year later, and Taverniti has reclaimed confidence by sharing his story.

Without customers in the shop, he can function more freely, he says. Now they're selling more pizzas than pre-pandemic. 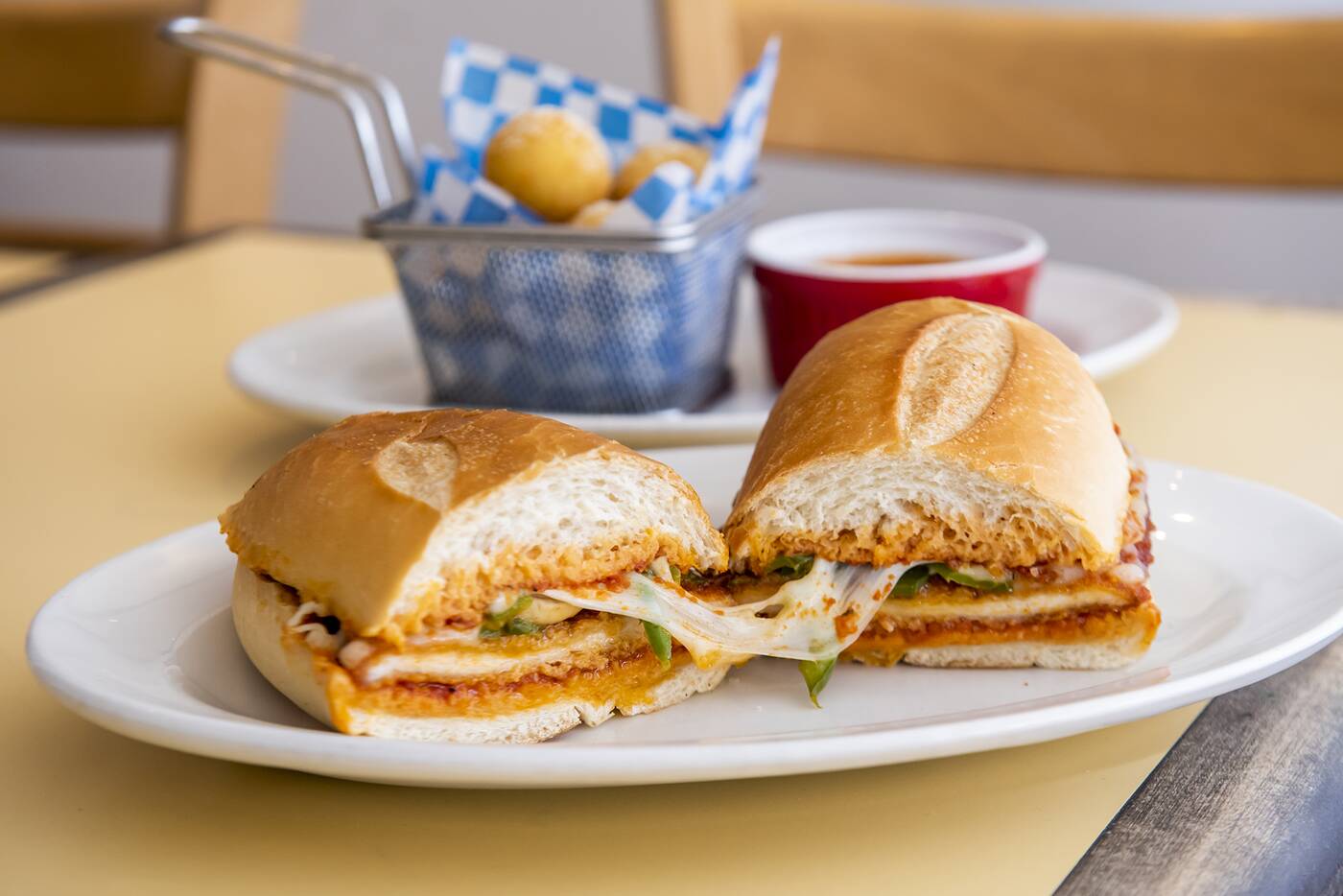 Frank's Pizza House has extended its hours and now operates six days a week from noon to midnight.

"People are eating out a lot more than before," he says. "Number-wise, I never keep track. But it's lined up with boxes wall to wall."

Frank's runs a PYWC pizza program, which collects donations from customers and pays-it-forward for anyone who needs it. 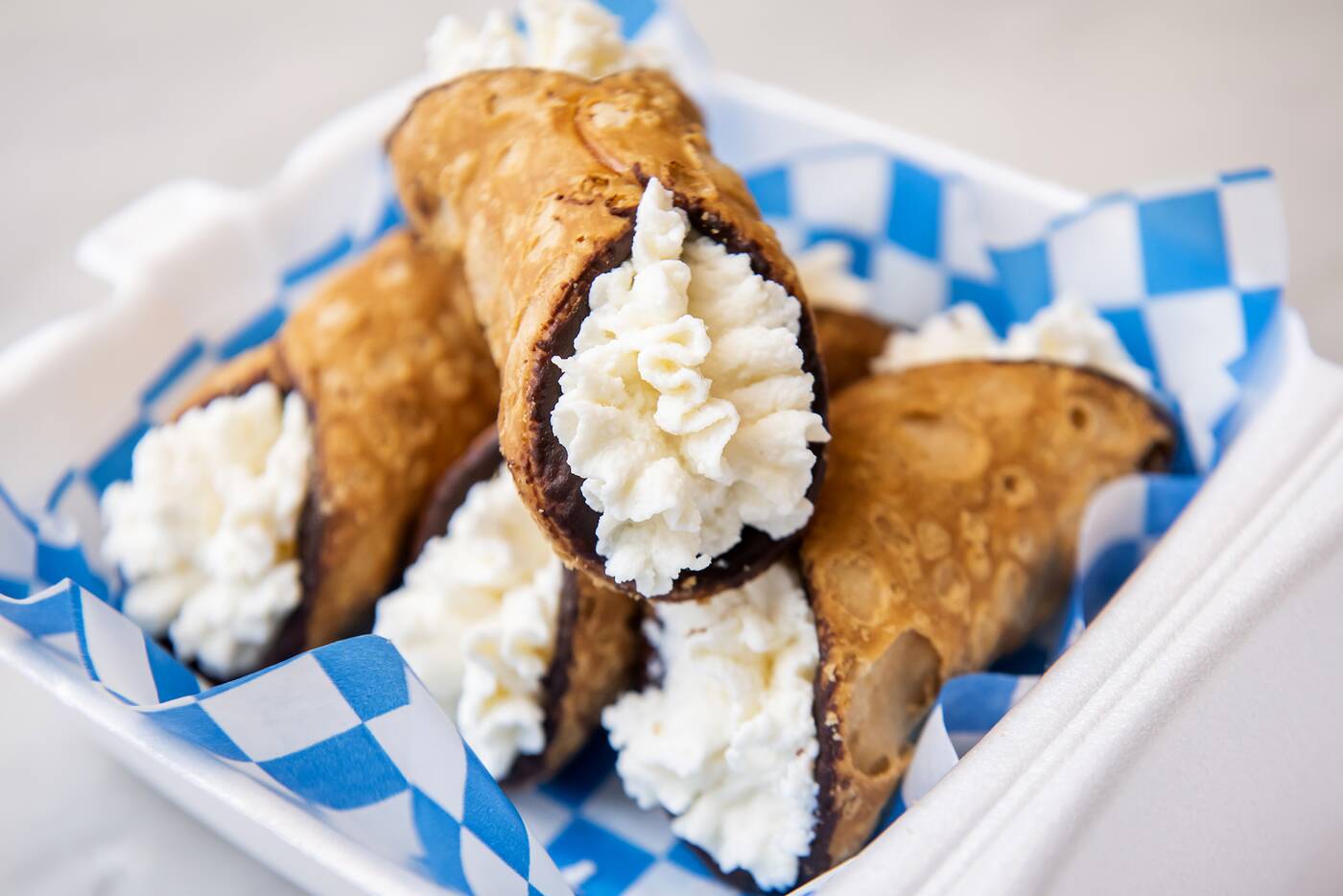 Taverniti's 16-year-old daughter is an avid baker and makes the restaurant's cannolis from scratch.

It also helps that Taverniti is a social media whiz.

While longtime business owners typically get younger staff to help out with Facebook, Twitter, and Instagram, Taverniti handles all his own social media accounts, keeping customers abreast about Frank's hours and specials.

For better or worse, Taverniti is working longer hours than ever. His shifts run six days a week from noon to midnight, at least.

These days, he shares the kitchen with three staff and his daughter, 16, a passionate baker who's taken over the desserts at Frank's. 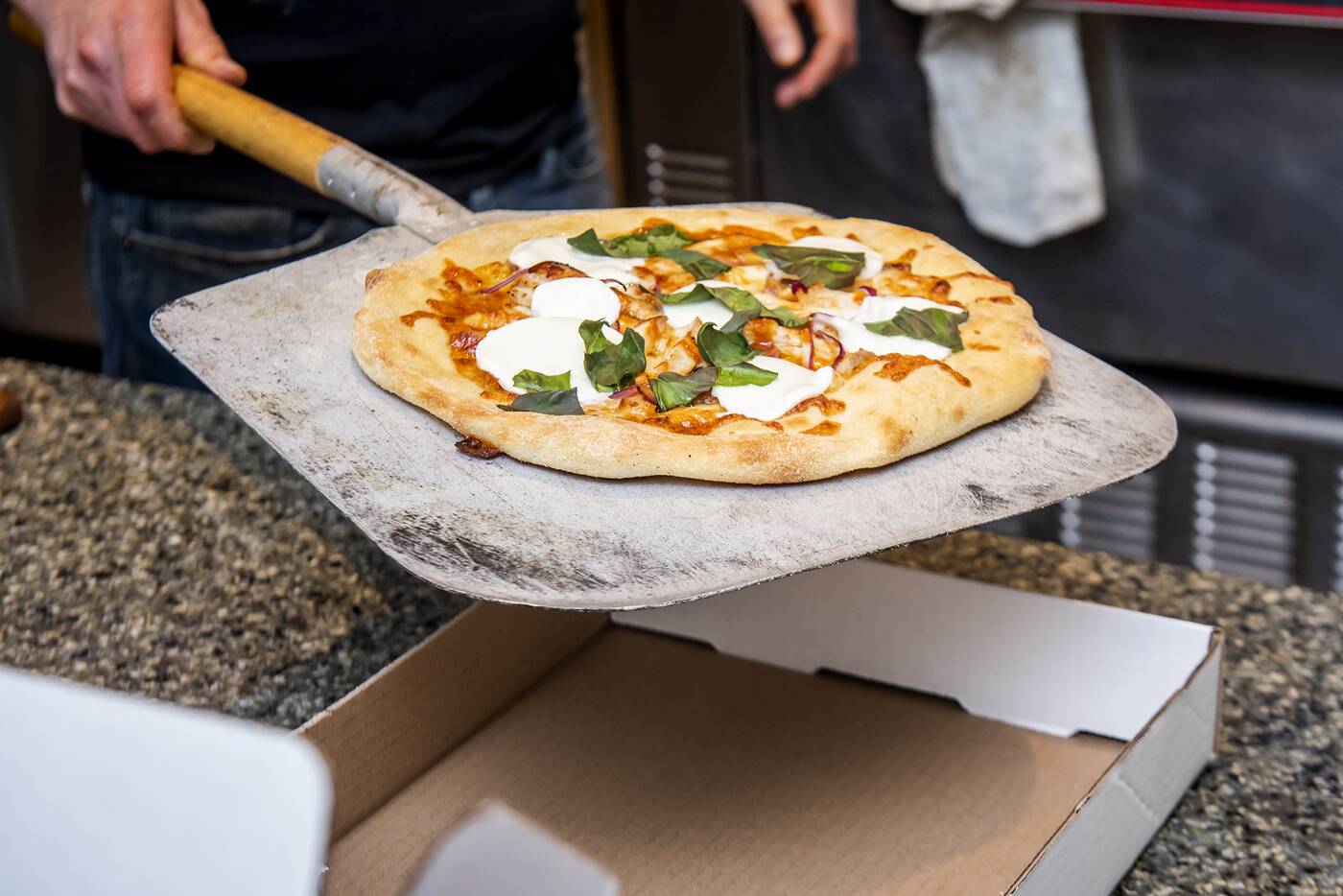 Taverniti plans on continuing work at the pizza house, even when he loses his eyesight completely.

"I'm preparing myself for when things get worse, I can cope with it a lot better...That's my goal," he says.

"My doctors have said I should take it easy. I guess I'll decide when I get there. I just love what I do." 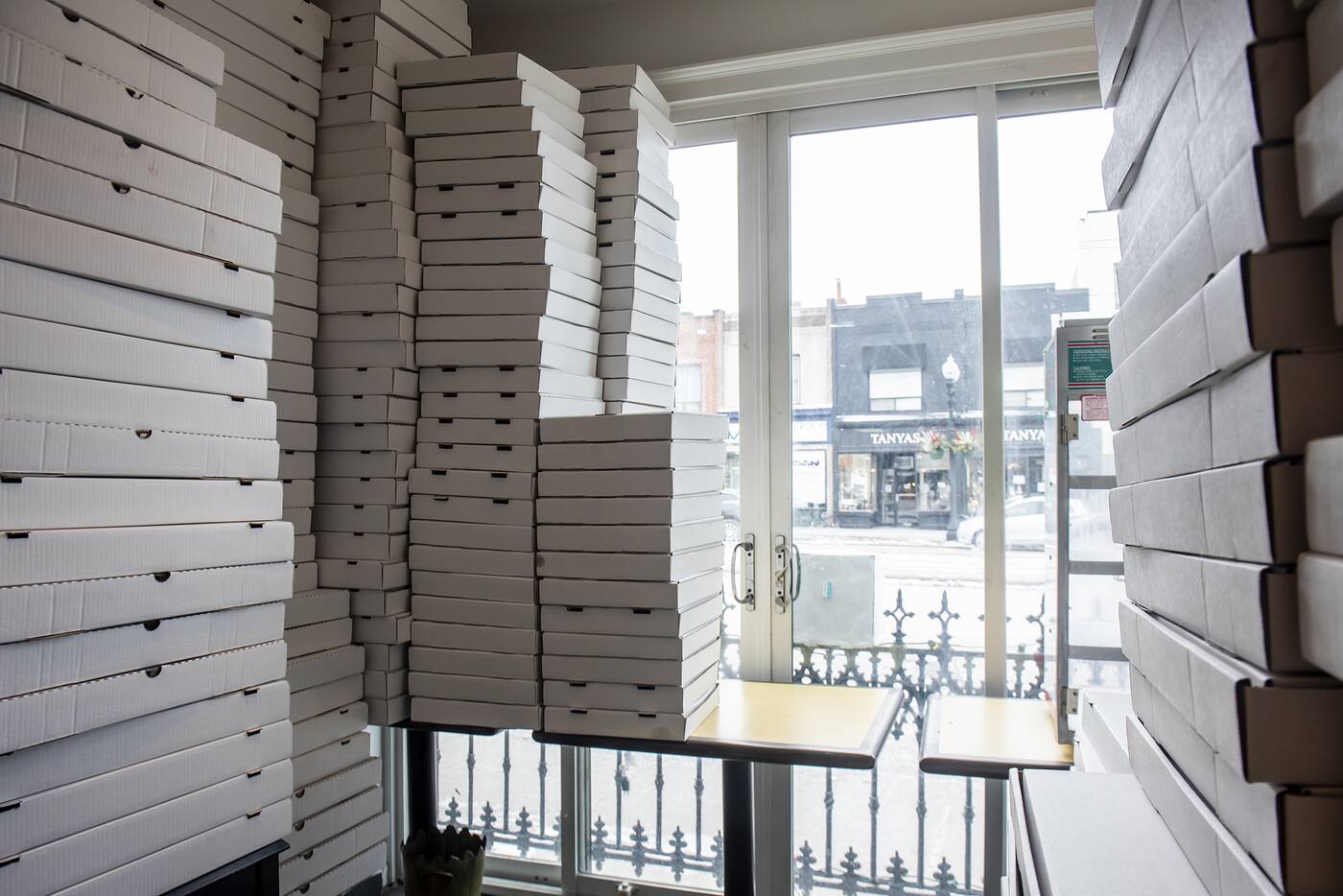