An establishment that's been serving the Little Italy community for more than 60 years may be facing closure as a result of the financial impacts of the pandemic and subesequent lockdown restrictions.

Sicilian Sidewalk Cafe first opened its doors in 1959 and it's officially the oldest gelateria in all of Toronto, but Maria Galipo, CEO of the cafe's umbrella company Sicilian Ice Cream, said it may not be around to see its 62nd birthday if the current situation continues.

"We're seriously considering [closing] because we don't see an end to this," Galipo told blogTO. "There's not a bottomless pit of money."

Galipo's father started the business with his brothers more than six decades ago, and for years it has served as a place for community and good food on College Street.

And while their ice cream manufacturing facility is now in Vaughan, the cafe in Little Italy remains as a neighbourhood hub — at least for now. 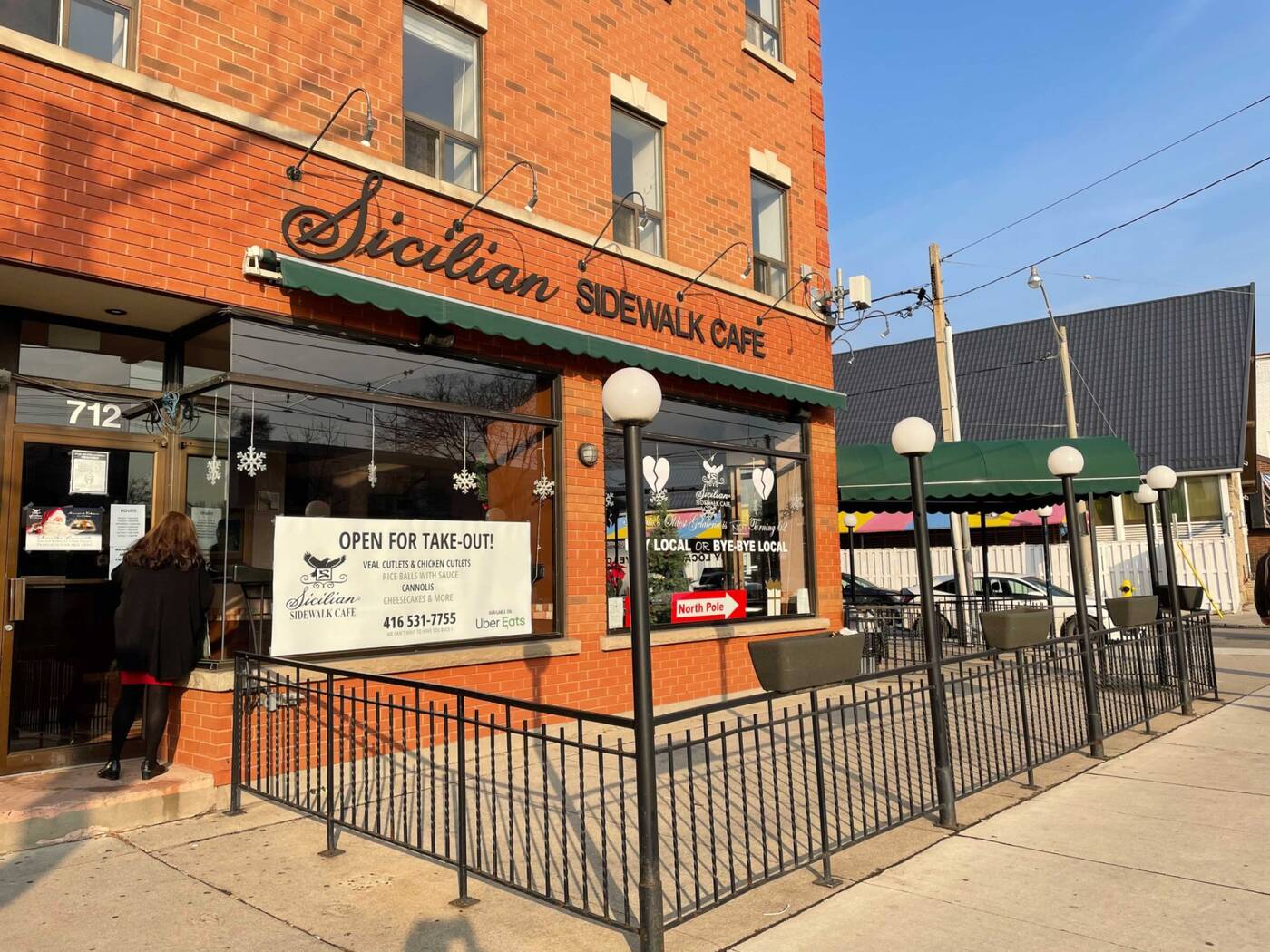 Sicilian Sidewalk Cafe in Toronto, as seen on December 12, is struggling under provincial lockdown orders. Photo by Lauren O'Neil.

Galipo told blogTO they've had trouble keeping up with the government's changing restrictions since the pandemic first began as they've often been bogged down with paperwork, and she also said their business simply wasn't built for the takeout model.

For example, some of their most popular items, such as gelato, waffles and coffee, simply aren't conducive to being transported and are instead meant to be enjoyed on the spot in the company of others.

"We're not set up as a takeout establishment," she said. "We're a social business."

As a result, Galipo said the cafe simply isn't a viable business right now and it won't survive unless something changes, and fast.

But the CEO said she isn't just concerned for her own business, she's also worried about all the local businesses across Toronto that are being destroyed amid the lockdown while big box stores reap the benefits — which is why she participated in the mass small business protest that took place throughout the city Friday morning.

"We're all in this together because what affects one of us really affects all of us," she said, adding that roughly 20 establishments have already permanently closed in the area. "Our community really looks devastated."

Instead, she said the government should listen to small business owners and create a plan that prioritizes health and safety while putting independent shops and big box stores on a level playing field.

If they don't, Galipo said she fears the city will lose so much of what makes it special.

"Everything that makes us a unique and wonderful city, I don't think it's going to be there because we're not being supported," she said.

And as for the Sicilian Sidewalk Cafe specifically, the business she literally grew up in, Galipo said having to close it down would be absolutely devastating after all these years.