The smell of freshly-fallen leaves is in the air, and so is the scent of flaky, buttery croissants.

Over the past few months, a record number of croissanteries — bakeries dedicated to these crescent-shaped pastries — have opened up in quick succession. Toronto's season of croissants has arrived.

Geste, which opened on Dundas West at the end of September, is baking them up by the trayloads using Quebecois flour.

So is the new croissanterie from Bake Code, which launched its new storefront dedicated exclusively to a 25 flavour line-up of croissants by Yonge and Wellesley in October. 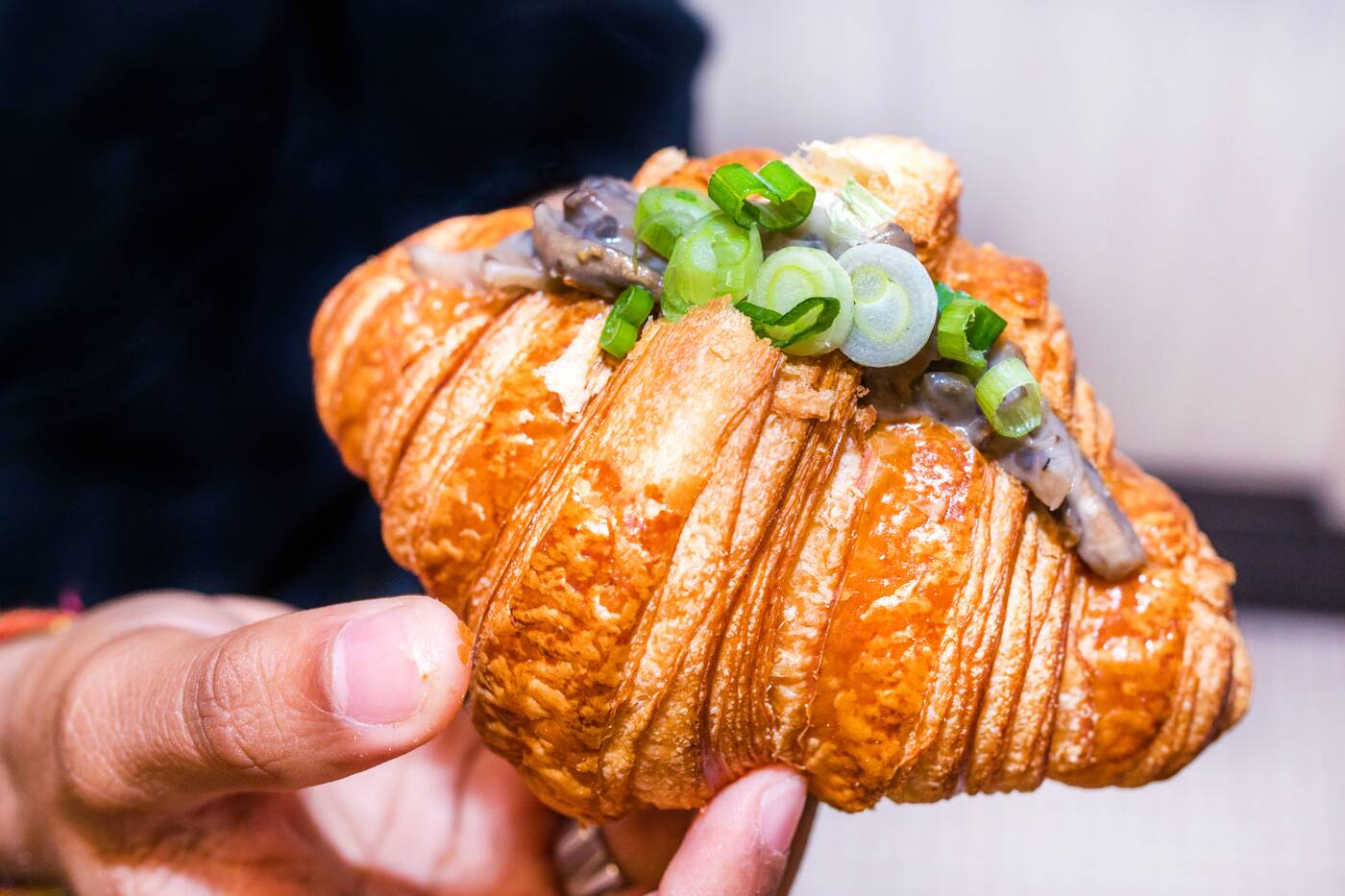 High quality croissants with unique fillings are on the rise in Toronto. Photo by Fareen Karim at Bake Code Croissanterie.

The Taiwanese chain Hazukido has also joined the fold. On Wednesday, the brand held its grand opening for its long-awaited store in the Atrium — its first Canadian location.

And that's not to mention other independent bakeries like the halal spot Nord Lyon, which opened last week, or summertime arrivals Bomou and Bonne Nouvelle, all with their own decadent versions of croissants on the menu.

The obsession with this laminated pastry is not new. Worldwide, croissants have been a staple part of breakfast since the popularization by the French of the Austrian original (purportedly dating back to the 13th century).

Pillsbury's crescent rolls were born in 1965, the same year they rolled out (pun intended) the iconic Pillsbury Doughboy — coincidence? I think not. 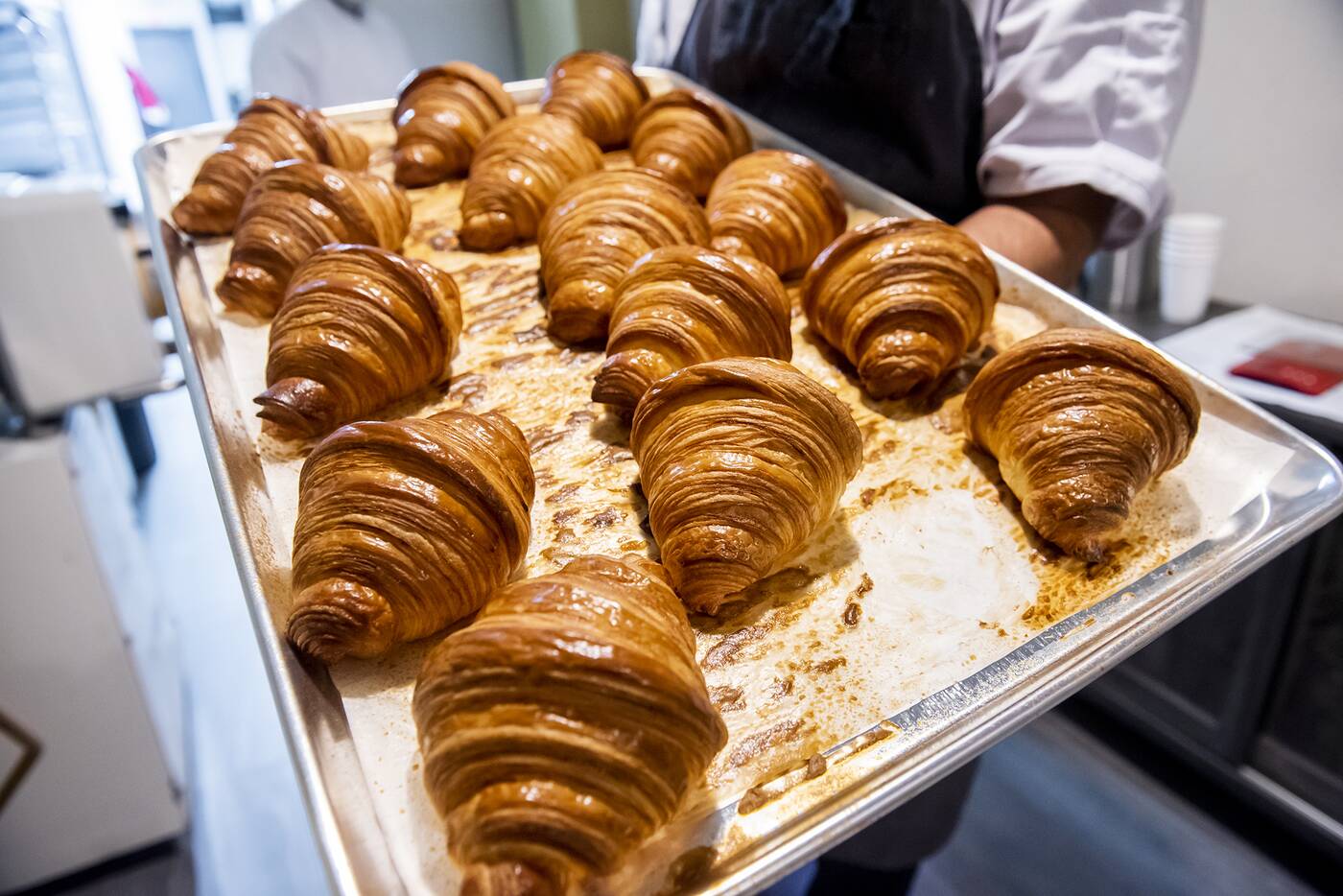 Geste Croissanterie has recently arrived with a bakery on Dundas West. Photo by Hector Vasquez.

Locally, we appear to have reached some version of peak croissant nearly three decades ago.

An article in the food section of the Toronto Star, dated February 16, 1993, discusses that very topic somewhere in the City's archives.

The write-up features an illustration from Patrick Corrigan depicting a giant "mother ship" croissant hovering over the city, signalling an alien obsession in an era of Toronto that preceded lineups. The good old days.

But what makes this round of croissant fever new are the ingredients going inside.

When the Chatime-owned brand Bake Code first arrived in Toronto 2015, they were the first to introduce the salted egg yolk filling: a rich, preserved ingredient in Chinese cooking.

"Over time, we discovered that our customers [kept] coming back to us for our unique croissant offering," said Roxanne Tsui, Head of Branding and Marketing at Bake Code. "That was a strong telling sign for us."

Now Bake Code Croissanterie has pastries that range from white chocolate yuzu to mushroom truffle. There are even DIY croissants like the Vietnamese coffee croissants, which each come with a tiny squeeze bottle of condensed milk. 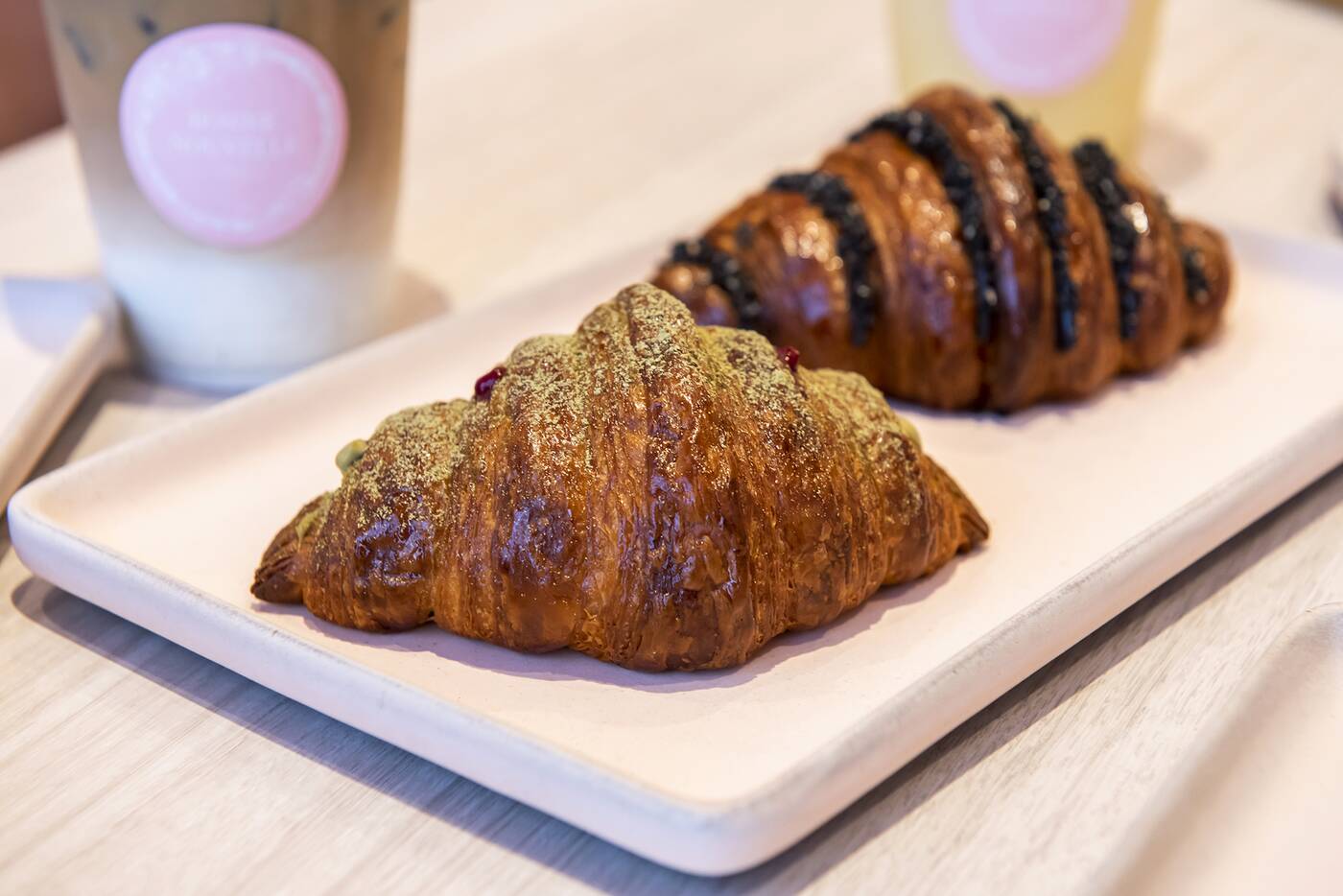 Many bakeries describe croissants as the perfect vehicle for cross-cultural imprint, making Toronto the natural epicenter for two cuisines to come together.

Beyond yeast, eggs, flour, and sugar, you're just as likely to find Ontario Stirling Creamery butter in a recipe as kelp powder and black sesame, like at the Korea bakery Bonne Nouvelle, or mangos, like at Geste.

"I think the interest has been there all along," says Geste's chef and owner Virgyl Fernandes, whose rotating menu includes not only an array of ingredients but shapes, too, like the cronut, or the cruffin.

"It's a personal choice for each chef and how far they want to push the technicality of their process. Same thing applies to the cost involved. Every bakery has their own idea of what a perfect croissant should like," he says.

"The croissant dough is very versatile, you can do so many things with it, savoury or sweet. It adapts easily."