The Liberty Village restaurant and bar Barcelona Tavern has shut down for good.

After just over two years in the neighbourhood, the business is in the process of vacating its two-floor property on Atlantic Avenue.

The Toronto restaurant has yet to make a statement about its closure and could not be reached for comment at time of publishing, but a representative from the brand's original Calgary location confirmed that Barcelona Tavern YYZ is "on its way out." 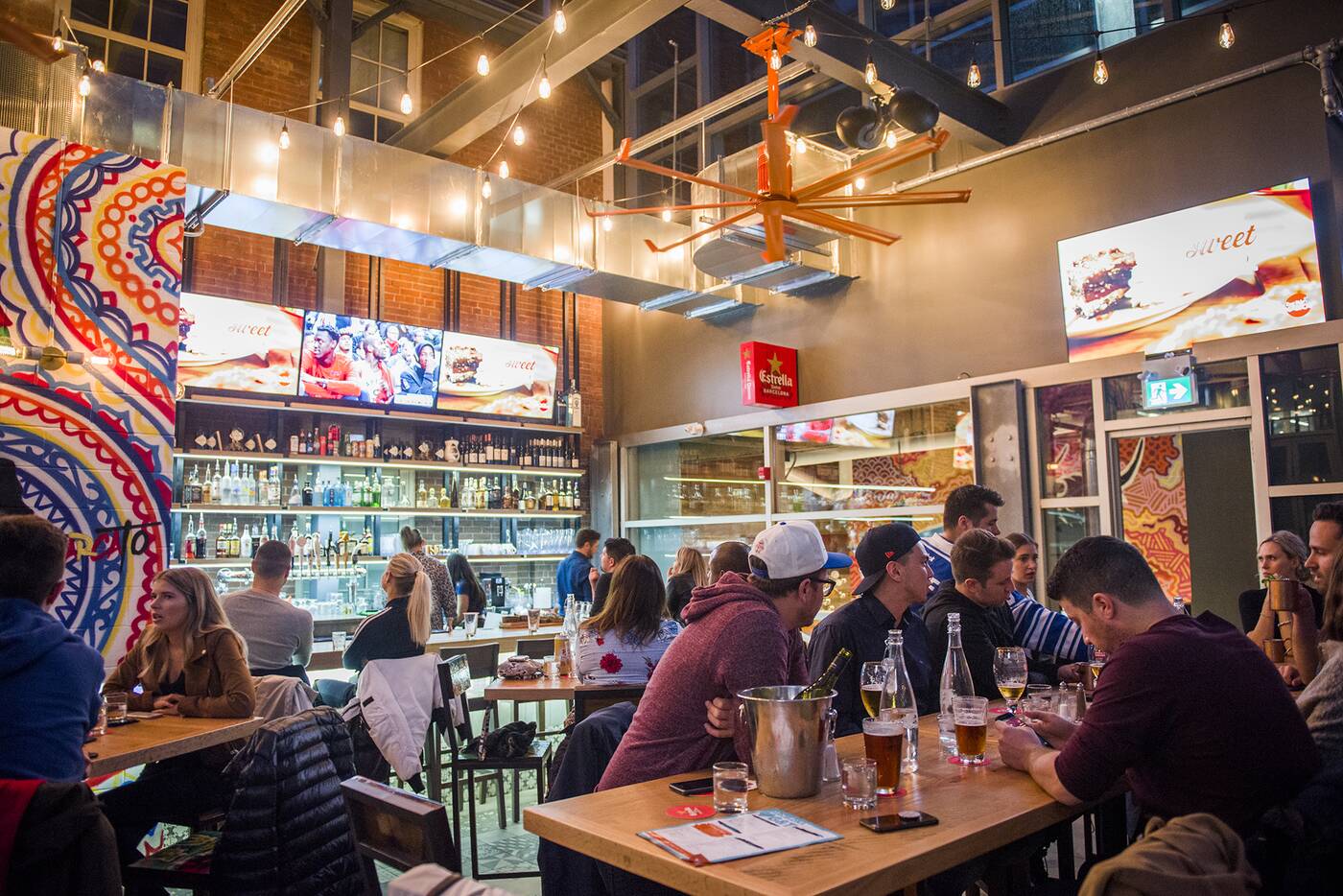 Barcelona Tavern has closed after more than two years in Liberty Village. Photo by Hector Vasquez.

A popular spot for screenings of sports games and tapas, Barcelona Tavern has been quiet since the start of the pandemic.

At the beginning of lockdown in March, the restaurant announced that it was closing its dine-in operations. It has remained temporarily closed since then, with no word from management on social media about a reopening plan or patio dining.

It's unclear what will replace the business at Hanna Avenue and Snooker Street, or whether Barcelona Tavern plans to reopen another Toronto location in the future.