Golden Thai and the loss of landmark Toronto restaurants

Twenty-five years ago, Golden Thai became one of the first restaurants to bring dishes like Mussaman Curry and Tamarind Pad Thai to Toronto’s food scene. In June, the family-run business was one of dozens to permanently close its doors in the face of the pandemic.

"It’s heartbreaking and disappointing," says Arif Simowibowo who worked as a cook at the Church Street restaurant for six years.

This was not the first time that Golden Thai faced the impacts of a pandemic.

"When SARS hit in 2003, business got really bad, there was so much stigma around Asian restaurants; but eventually the community still showed up, especially staff from St. Mike’s [Hospital]," says Steve Clarke, a former manager who watched the restaurant slowly recover.

Golden Thai experienced its boom in the 90s. 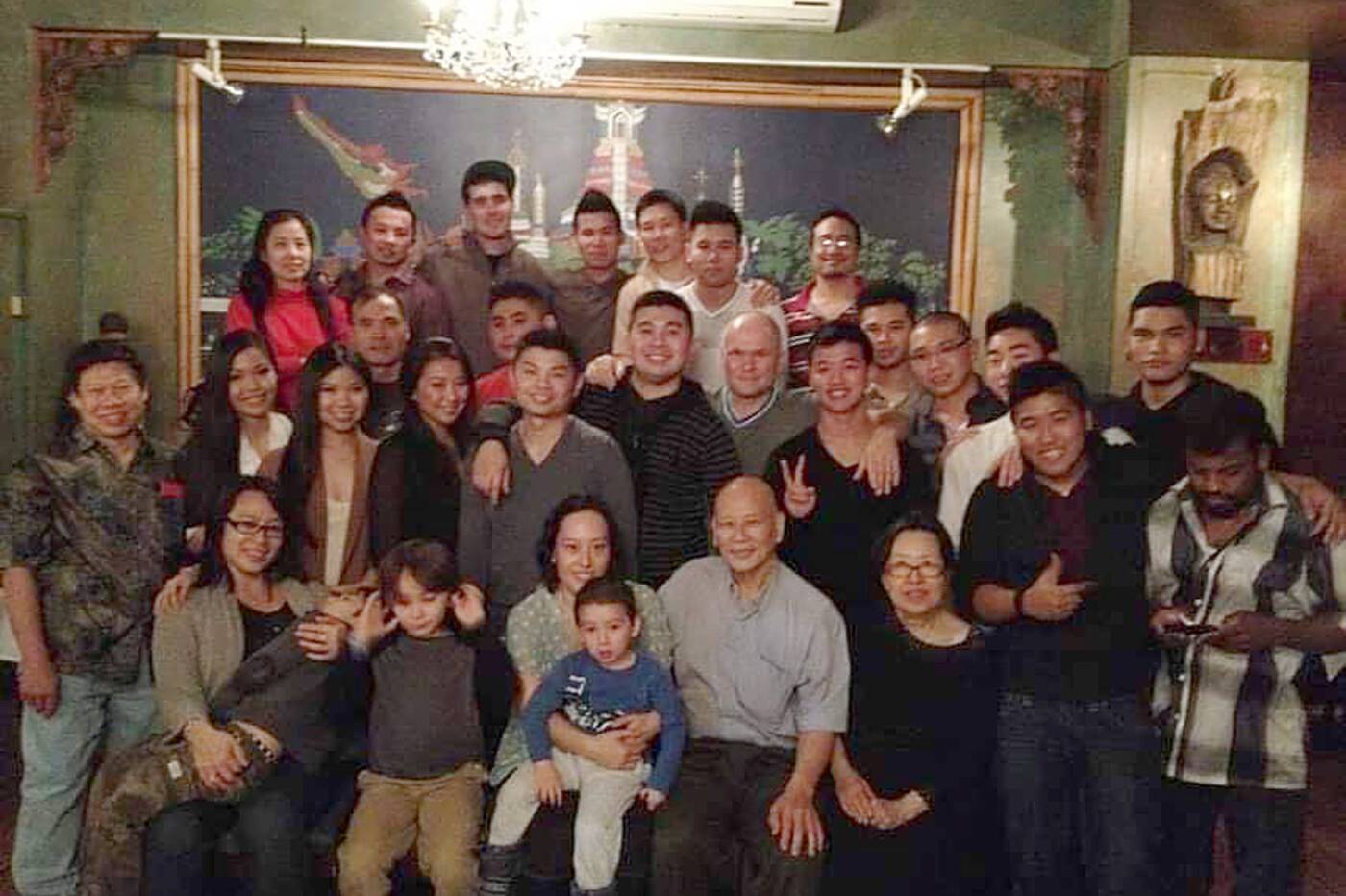 "The first day we offered lunch for a dollar! We wanted people to forgive us in case it was bad, but the place got popular; the servers couldn’t get through it was so jammed – we had constant lineups," says Clarke who met his wife while working at the restaurant.

"We had regular customers stay to talk long past closing," says former server Keren Yu. "I’ll miss the ‘GT’ family we built, but Heong most of all," says Yu, referring to the restaurant’s co-owner Heong Thung, who ran the restaurant well into her 70s. 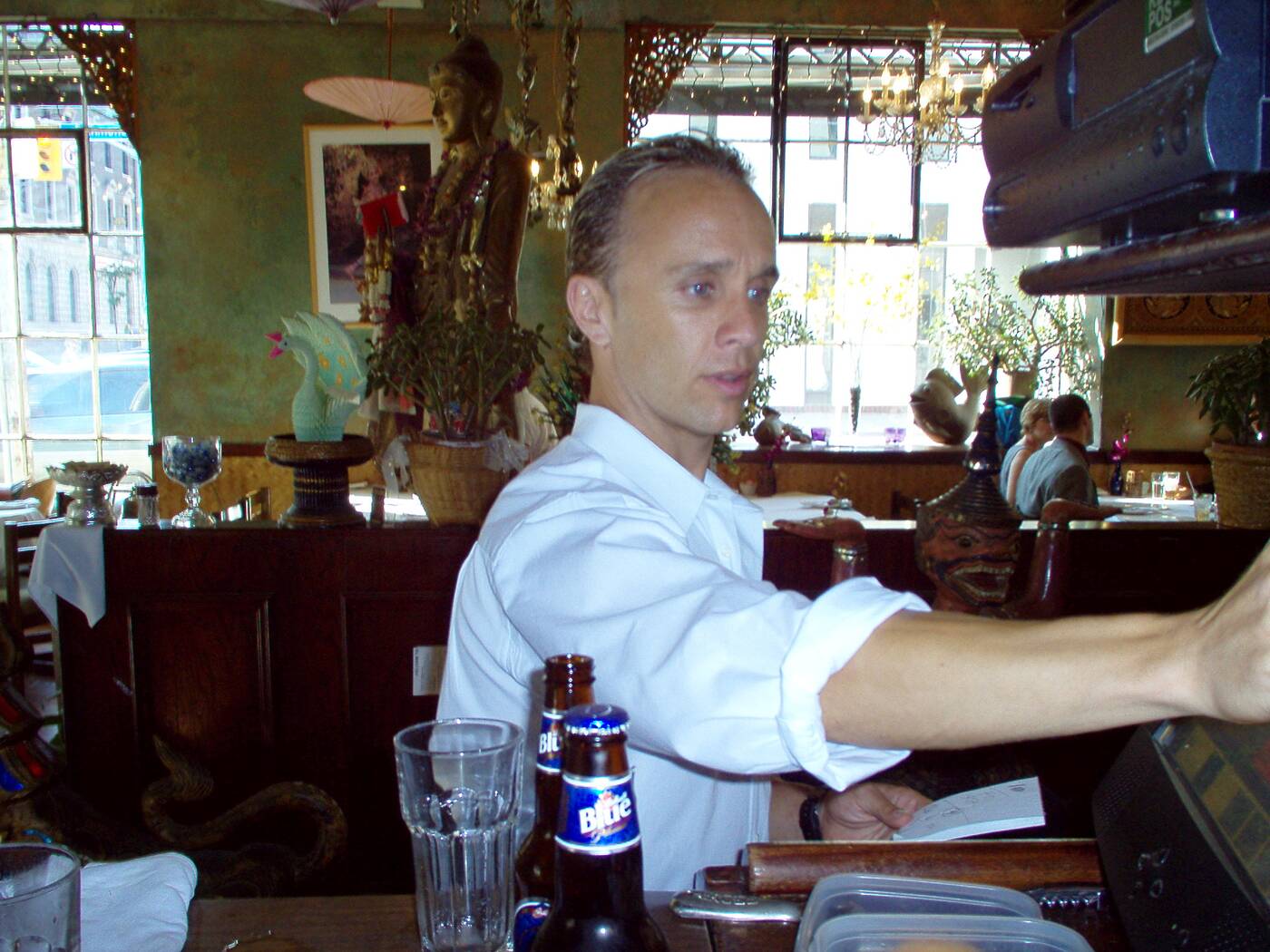 A Golden Thai staff member at work in 2004. Photo courtesy of Mariya Postelnyak

"One of the best parts was seeing customers coming in for their first date, getting hitched, having kids and watching those kids grow up," says Dang Vh, who worked as a server at the restaurant from 1999 until its closure.

Iconic GTA food joints like The Wexford Restaurant in Scarborough and Frankie Tomatto’s in Markham also became known for the family atmosphere they created among customers and staff. When the pandemic hit, they suffered similar hardships as Golden Thai. 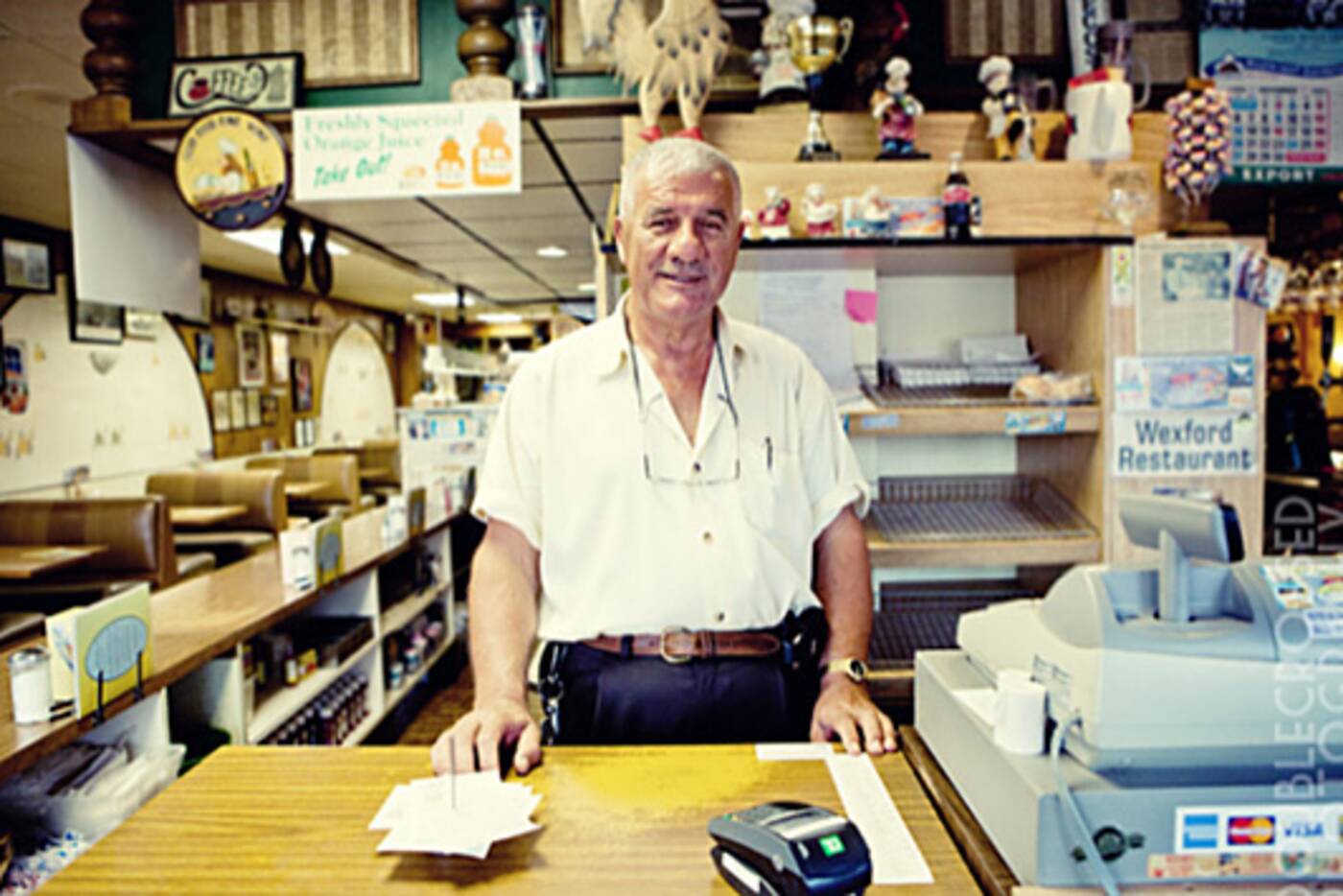 The Wexford co-founder, Anthony Kiriakou, is seen in the 1990s. Photo courtesy of George Kiriakou

"You can get a cup of coffee anywhere but The Wexford had a certain atmosphere, it was sort of like the show 'Cheers,'" says George Kiriakou, who inherited ownership of the 63-year-old family restaurant. The Wexford closed its doors last June.

"If you wanted to capture the pulse of our community you would come here and meet people – we had John Tory come in, Rob and Doug Ford," says Kiriakou. The Wexford became a local meeting spot and a second home for its employees, many of whom had worked there for more than 30 years. 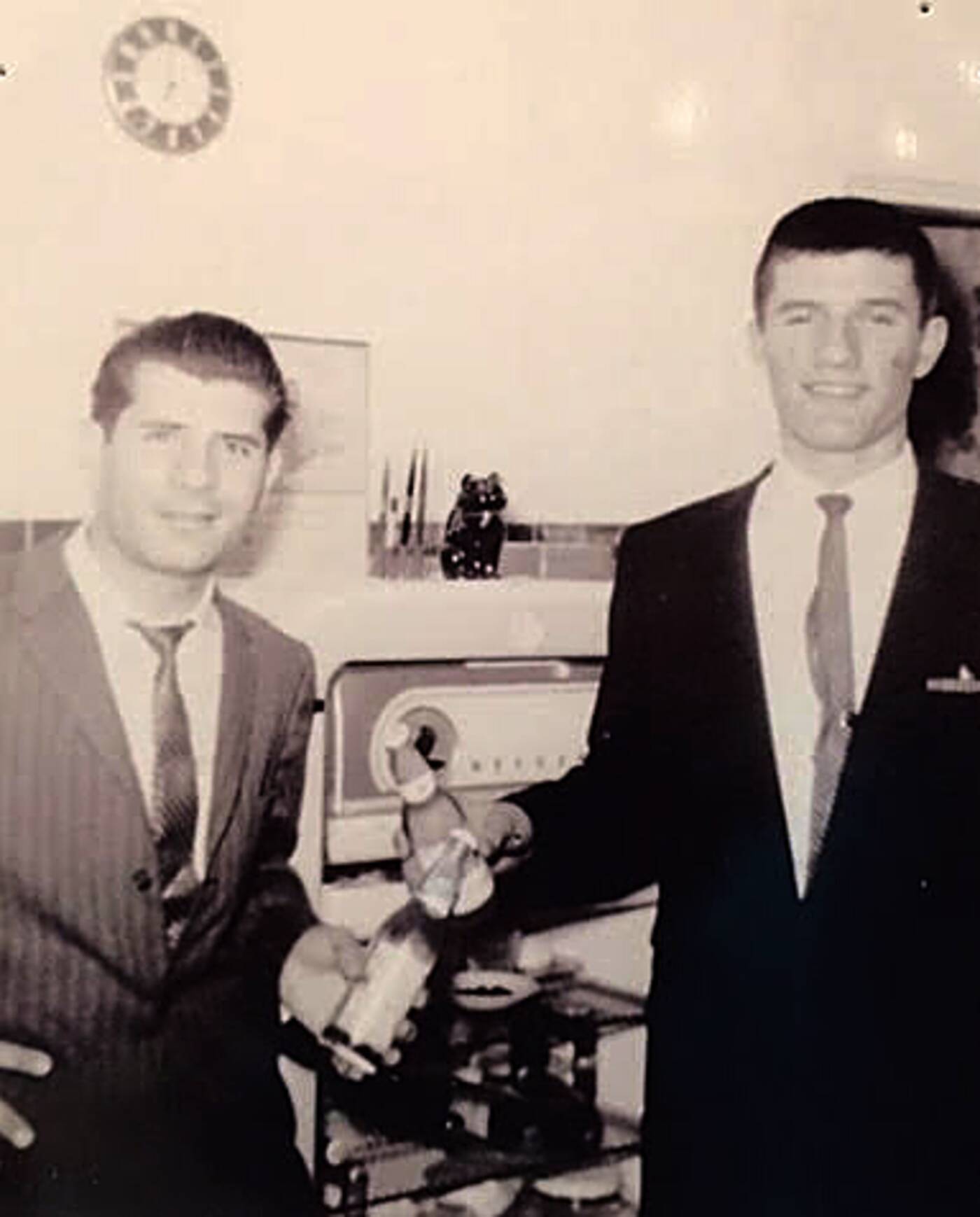 Thomas and Anthony Kirikou in 1958. Photo courtesy of George Kiriakou

"The less turnover for employees, the more benefits for the business," says Nicholas Yeung, a former manager at Frankie Tomatto’s who worked at the Italian buffet for two decades. 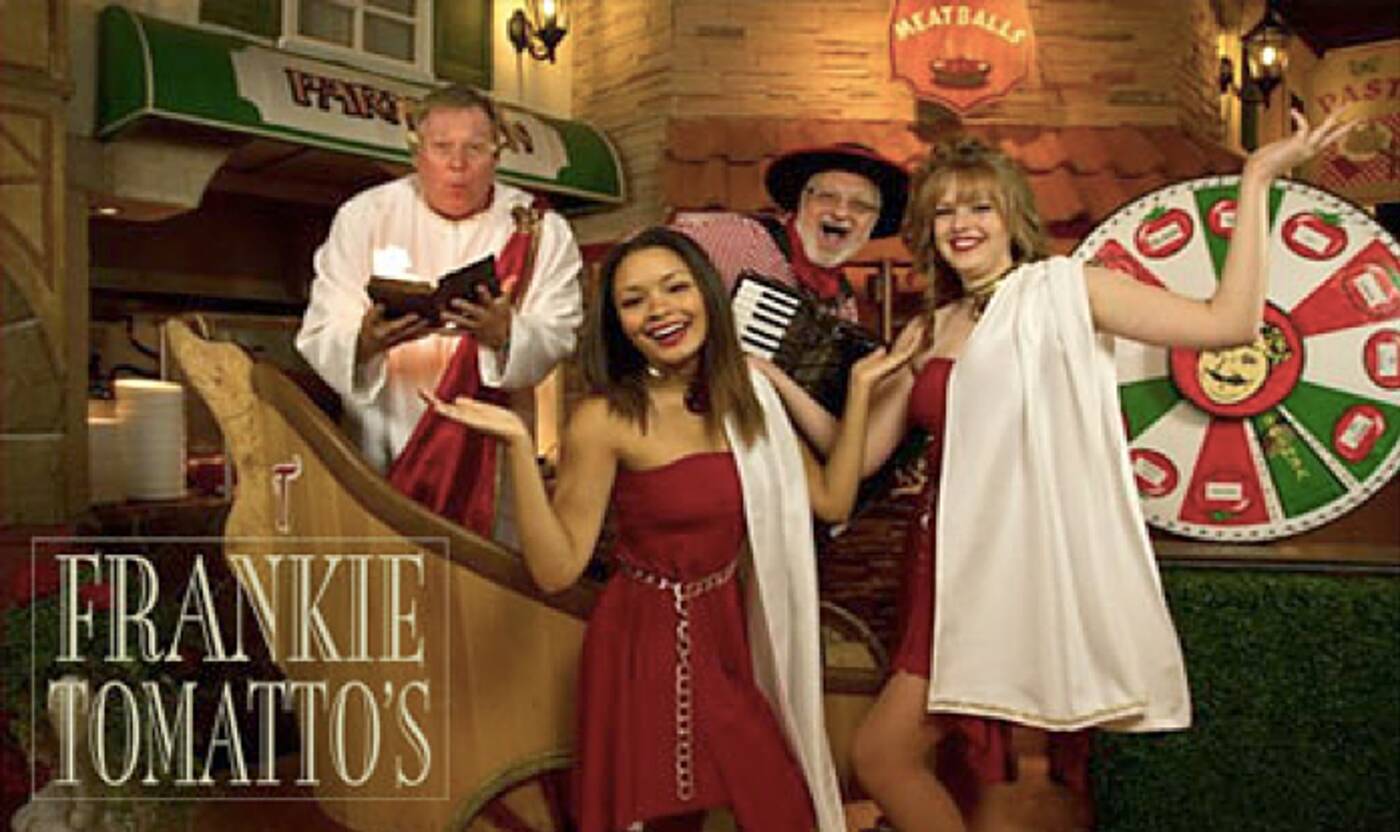 A Frankie Tomatto’s staff photo from 2010.

The closure of independent restaurants has been felt strongly by those who saw them as more than aging landmarks, but points of community junction and familiar comfort.

"I grew up here, I spent 15 years of my life here and it’s very sad to see things end this way," says Jimmy Yeung, a former server at Golden Thai.