Iconic buffet restaurant is shutting down after 25 years

There are two towers of importance in Greater Toronto Area: the CN Tower, and the 55-foot-tall leaning tower at Frankie Tomatto's.

Unfortunately the latter will soon vanish from its corner at Woodbine and Steeles — the treasured Italian-themed buffet is no more.

After 25 years of all-you-can-eat pasta and Caesar salads, the sprawling restaurant in Markham has decided not to reopen its doors after months of temporary closure.

"Reality told us it was time to say goodbye," says owner Hal Roback. "It's been a great run." 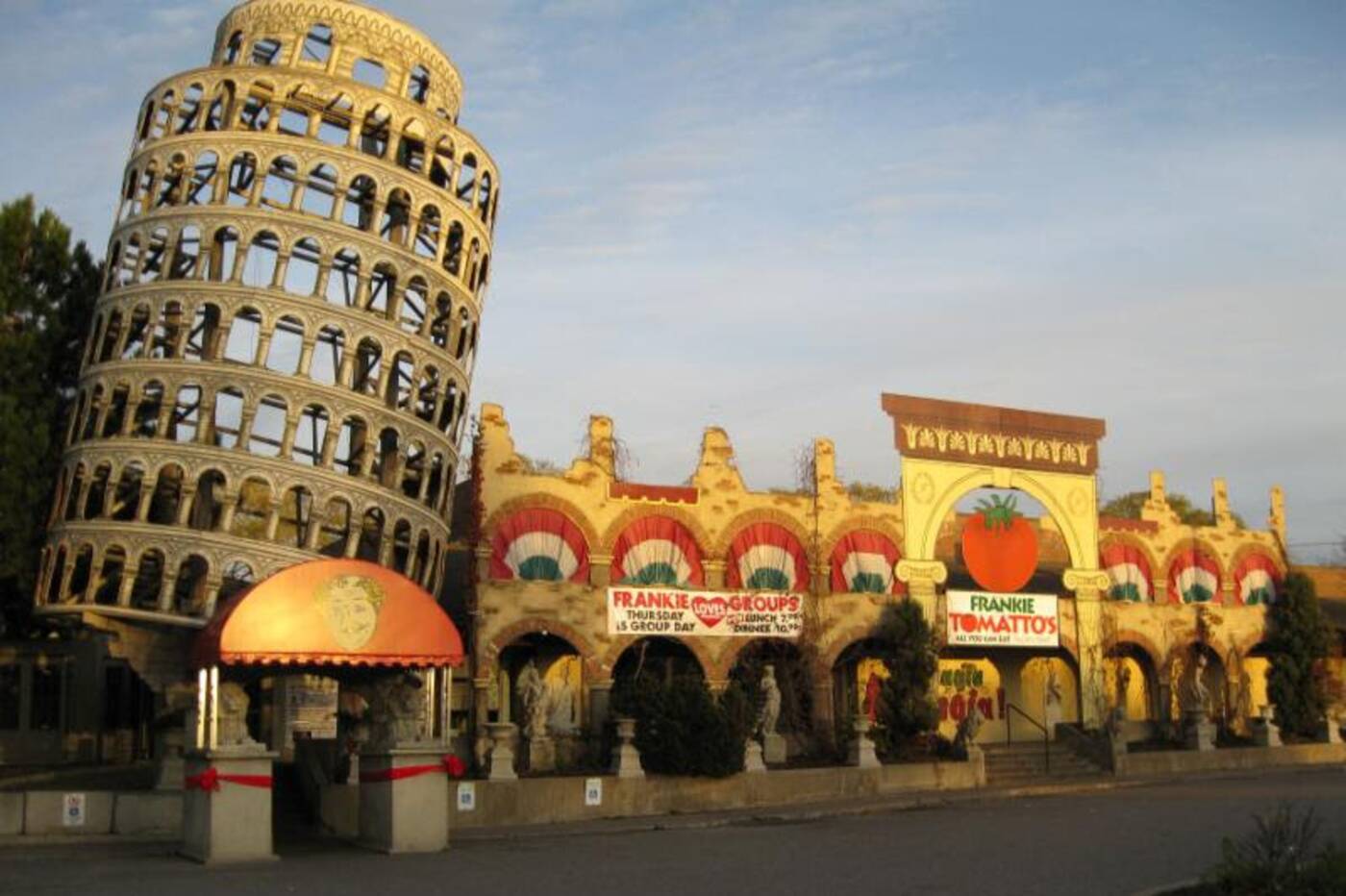 The global pandemic has done a heavy number on the buffet industry worldwide.

While some chains like the Mandarin are attempting to pivot, Roback says Frankie Tomatto's just isn't built for that kind of adjustment.

Large group gatherings and family meals made up about 50 per cent of the restaurant's business, he says.

With self-serve food buffets still banned in the province, indoor gatherings capped at 50, and little co-operation from the landlord, the numbers don't add up for the 15,000-square-foot restaurant.

That means that Frankie's 137 employees will have to find new work. Roback says that'll be especially hard for many of the "originals," or long-term employees, who've been with the restaurant since the start.

It also means Toronto will have to say goodbye to our one-of-a-kind architectural treasure: Frankie's replica of the Leaning Tower of Pisa.

Held up by four telephone polls reaching 10 feet deep into the earth and wrapped in bendable wood and metal, the glittering beacon will soon be gone. 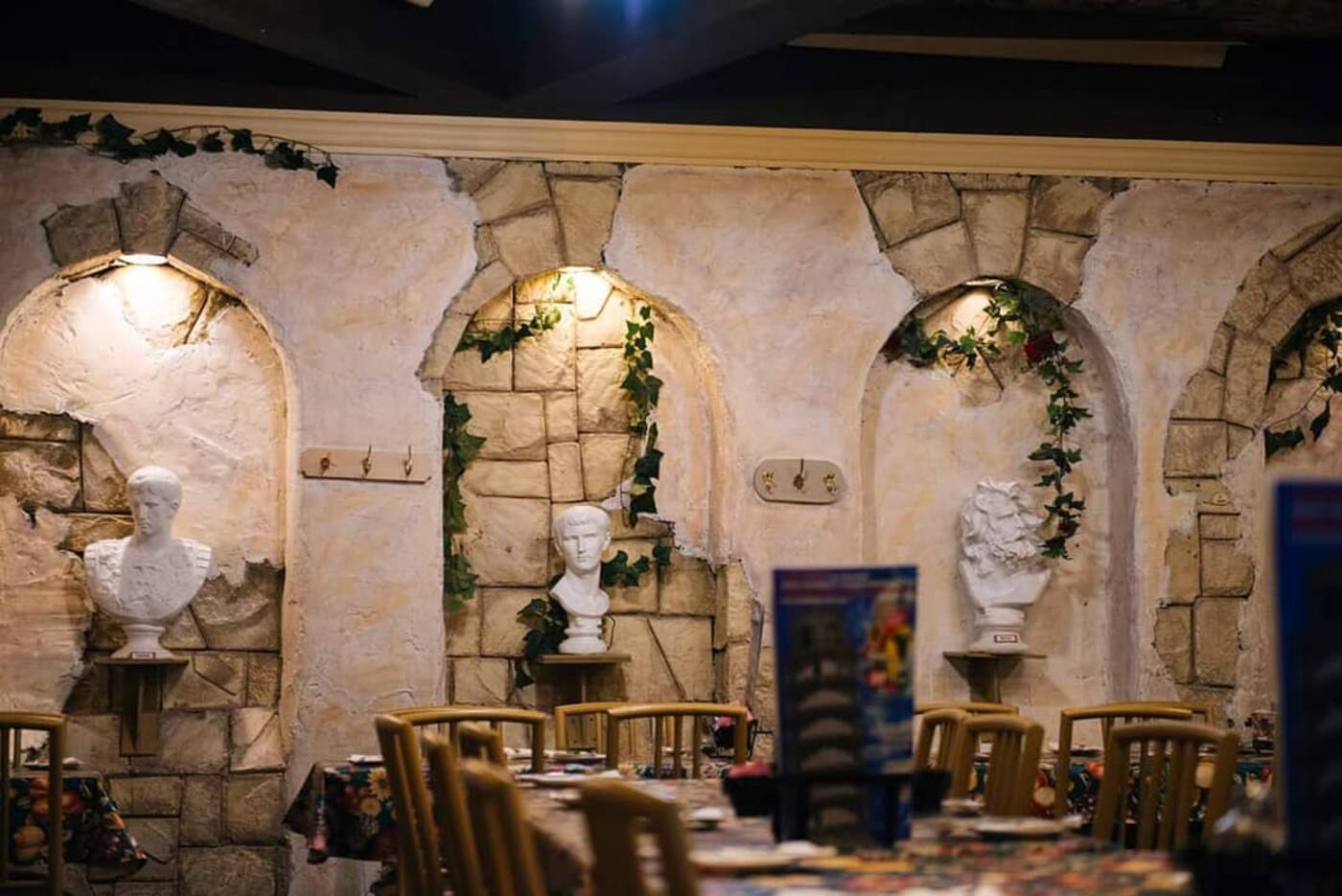 The Italian-themed buffet was opened by Hal Roback in 1995. Photo via Frankie Tomatto's.

Just as it is today, Frankie Tomatto's was a local wonder when it first opened in 1995.

At the height of buffet culture, Roback, who just turned 65, says he was inspired by the Asian buffets that were garnering major success, and thought, "How about Italian?"

From that idea sprung forth the Italian Villa-themed restaurant in Chelsea Square, replete with 15 stations, over 100 food items and gaudy roman busts, the likes of which Toronto may never see again.

After 11 million meals, it's time to say goodbye to this beloved landmark. Head to the restaurant this Saturday for Frankie's Last Supper. The buffet will be giving away pizzas in the parking lot as a final send-off.

It's one free pizza per car, and you'll also get a souvenir (while supplies last) between 11:30 a.m. and 3 p.m. For every car, the restaurant will be donating $1 to the Easter Seals charity.

"I wasn't planning on going out this way, but such is life," says Roback. "We know how important Frankie’s was in people's lives."