Toronto residents got a fright recently when news emerged that Sneaky Dee's might soon be replaced by a 13-storey condo.

Owners of the longtime dive bar on the southeast corner of Bathurst and College have assured us that Sneaks' situation is under control — as much control as a small business can muster in the face of Toronto's development application system, anyway.

But the possibility of losing yet another crucial corner to a flavourless, unaffordable housing structure is all too much, especially right now, when a global pandemic makes it harder to support the institutions we love. 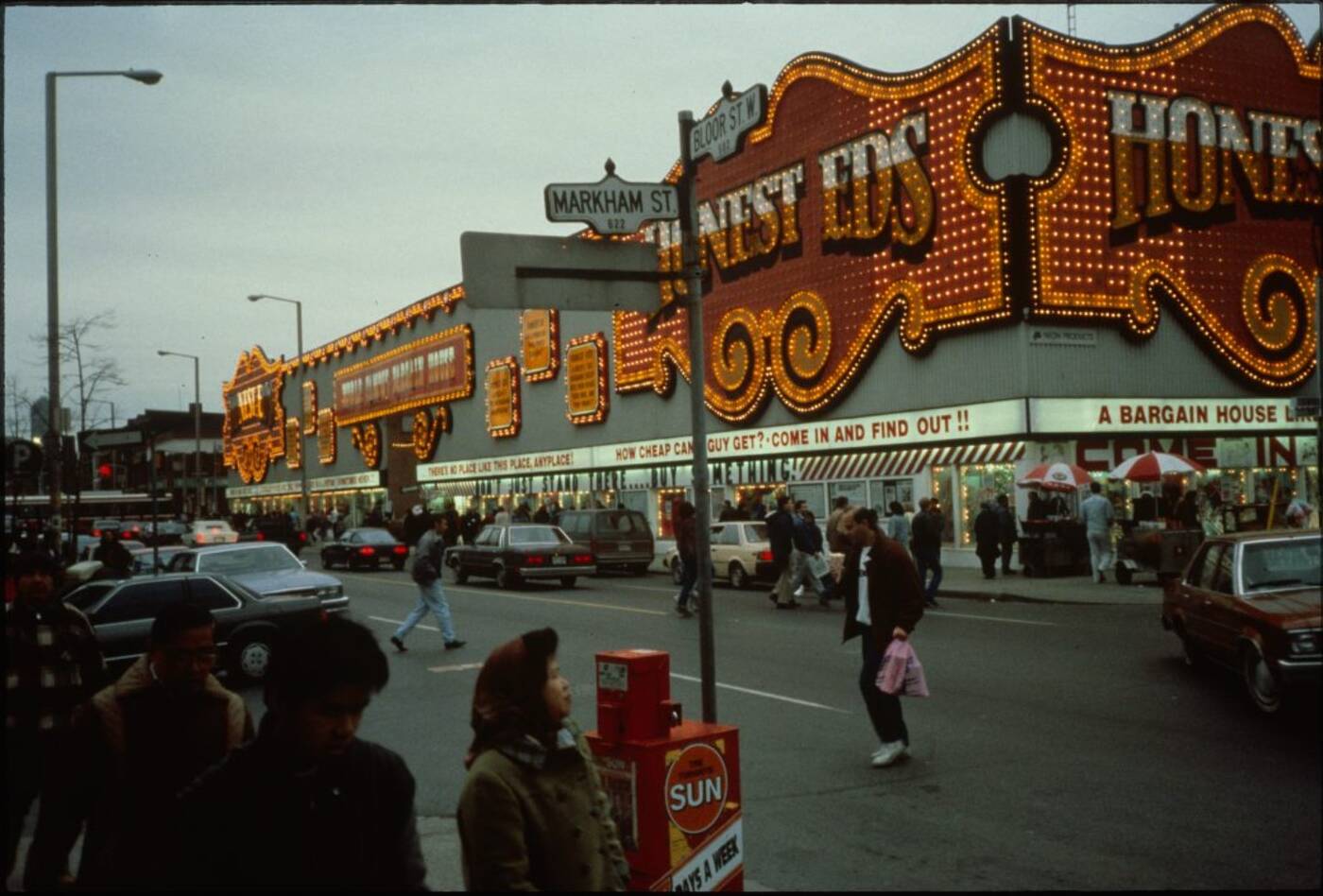 If it makes you feel any better, impermanence is nothing new in Toronto. Not even for Sneaky Dee's, which has seemingly been around forever.

The restaurant, music venue, and nacho emporium first opened on Bloor in 1987 — across from now-demolished Honest Ed's — allegedly as a playful foil of sorts to the iconic discount store (hence its name: Ed's, but backward).

Three years later, it opened at its current location at 431 College St. 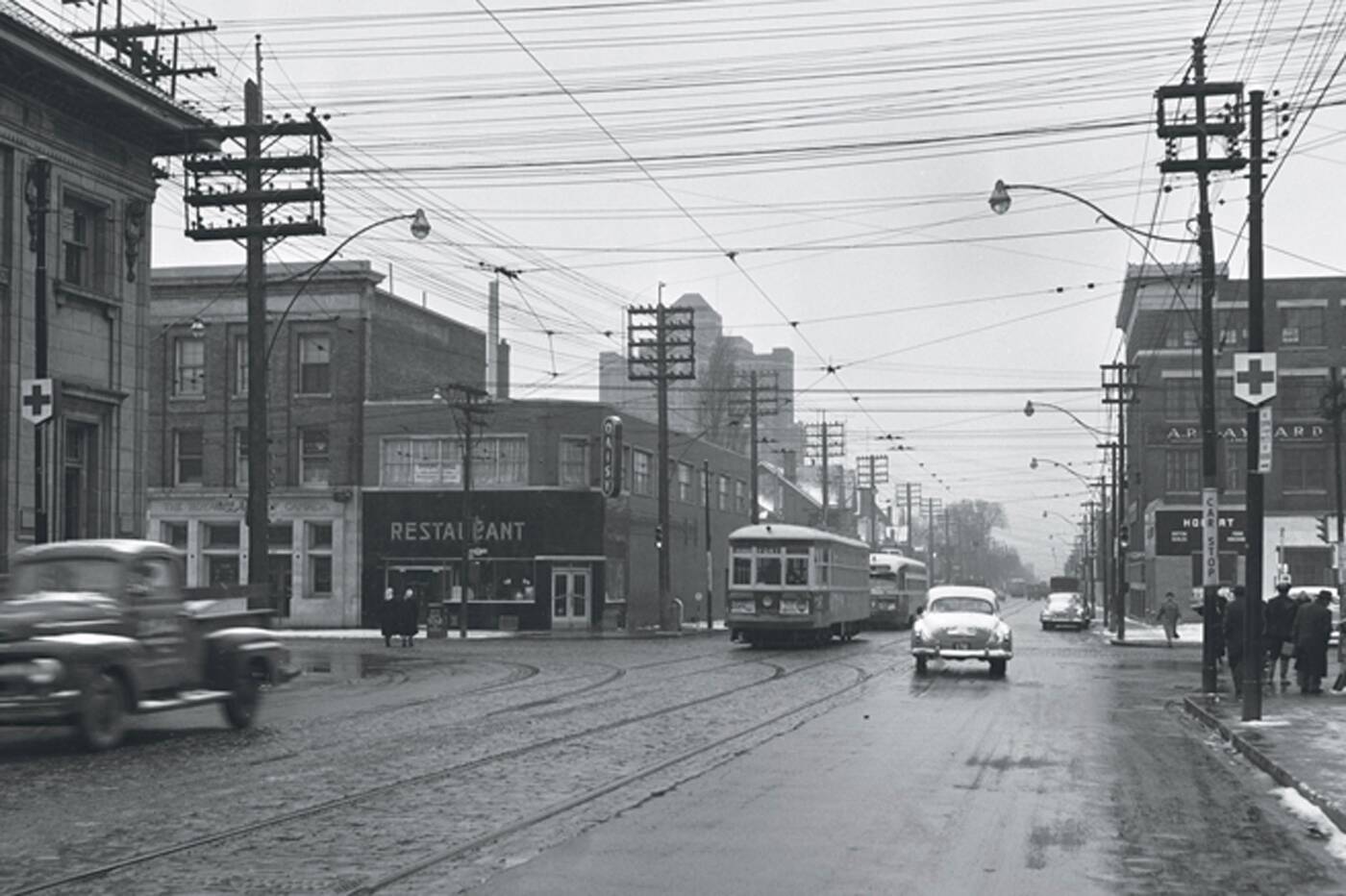 Looking north along Bathurst to College in 1951. On the northwest corner is the restaurant Daisy Tea Room, where Sneaky Dee's sits today. Photo via Toronto Archives/Lost Toronto.

But even before Sneaky's moved in, the two-storey property that currently sits next to RBC had been home to a slew of different businesses.

According to Morgan Cameron Ross of the Old Toronto Series, 431 College has "ebbed and flowed between restaurants and bars, ranging from German food to Latin."

"The intersection has played an important role in the city for over a century," says Ross in the Old Toronto video on the history of Sneaky Dee's. 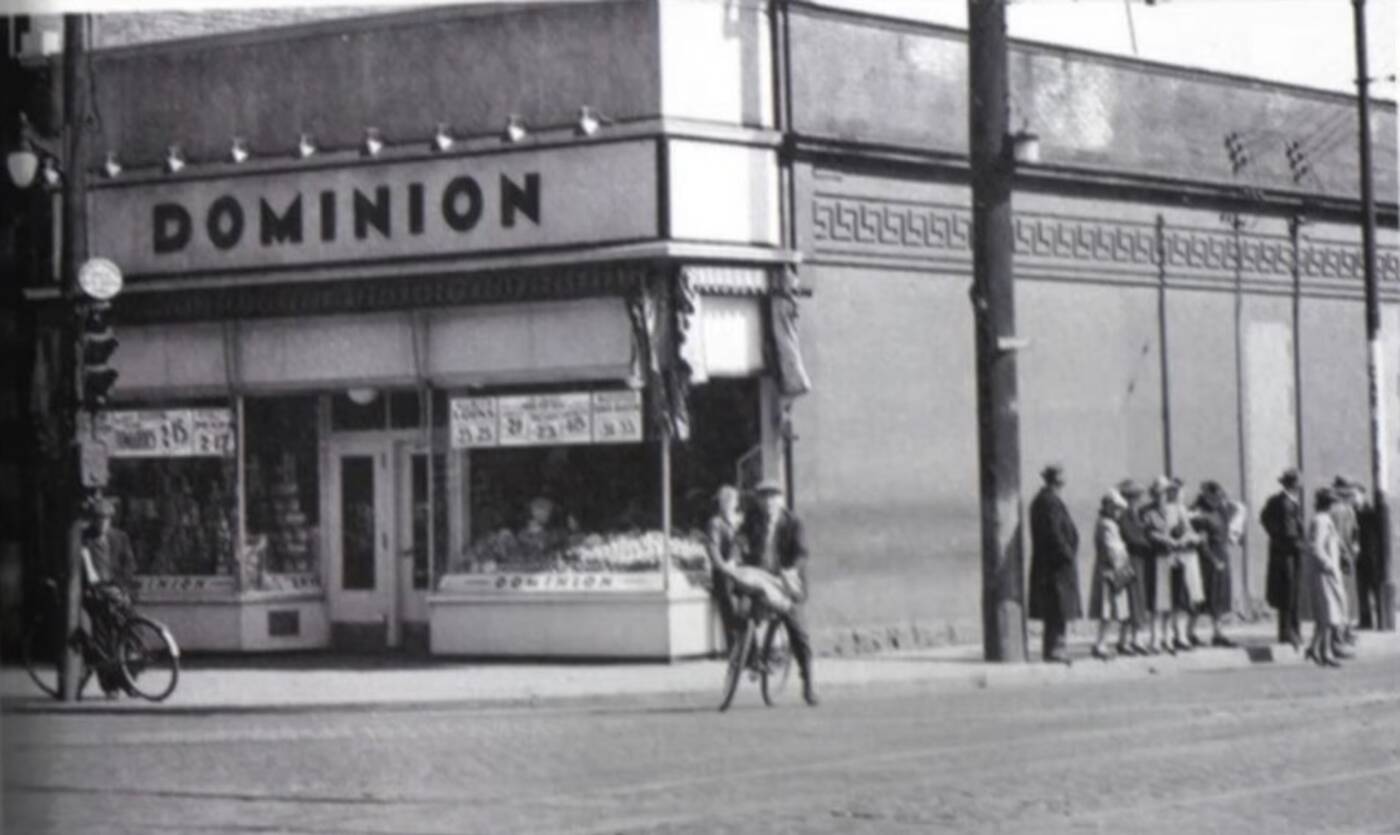 The southeast corner of College and Bathurst was the site of a Dominion grocery store in 1931. Photo via Toronto Archives/Old Toronto.

By the 1940s, it had transformed into a restaurant called the Daisy Tea Room.

There are no photos of what Daisy Tea Room looked like inside, though a few photos from the Toronto Archives give glimpses of what it looks like from the outside.

One photo taken on Nov. 3, 1937, of a news box on the northeast corner of College and Bathurst indicates that an earlier iteration of the restaurant was located right across the street, judging by the Daisy Tea Room sign in the background. 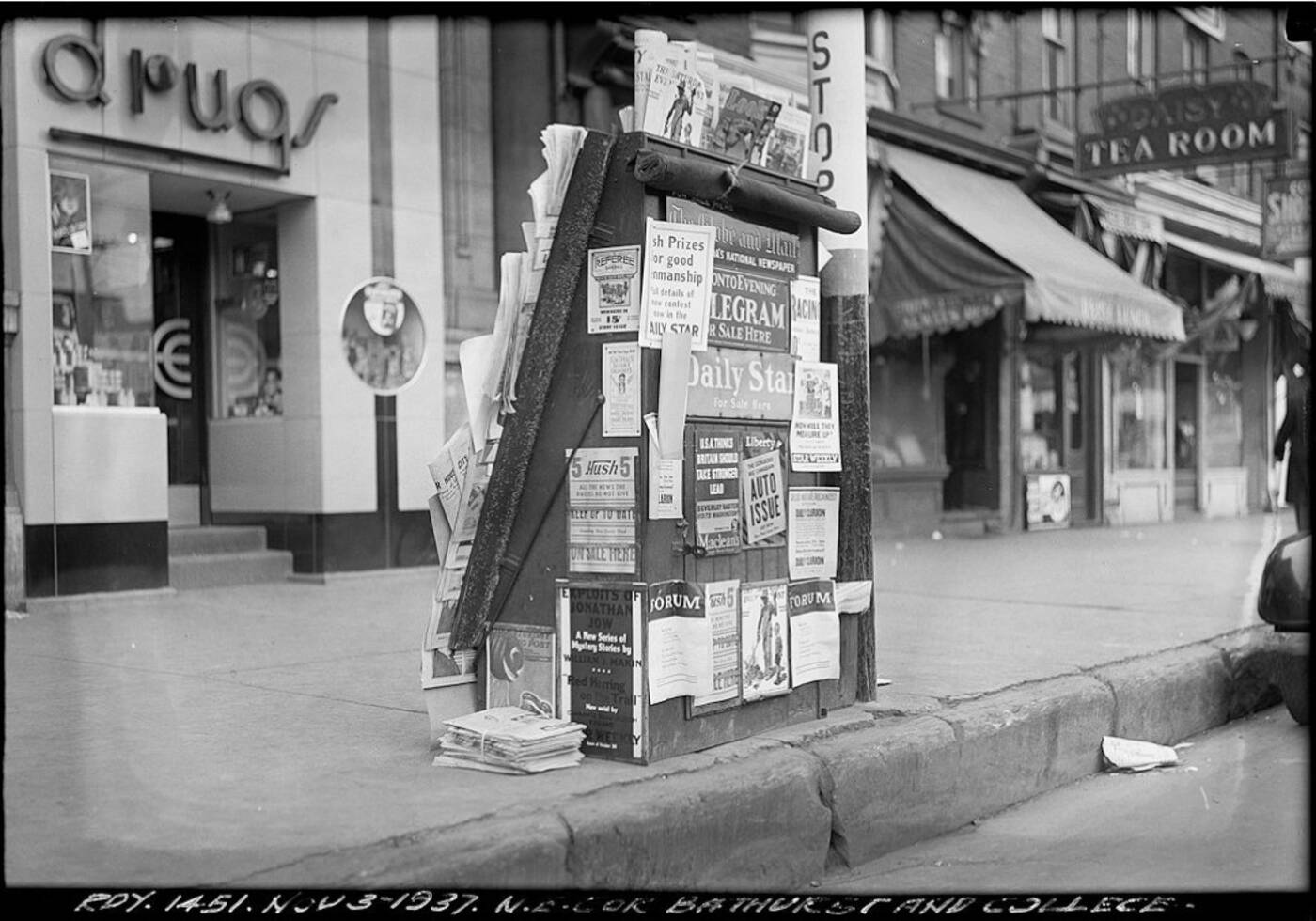 Daisy Tea Room was located on the northeast corner of College and Bathurst before moving to where Sneaky Dee's is now. Photo via Toronto Archives (Fonds 200, Series 372, Subseries 58, Item 1451).

One photo located by Ross (he says the source is unknown) shows the restaurant from the exterior with a man in a white suit standing by the front door).

A photo shows a new second floor addition to the building by 1951, where Ross says the dance floor was located, not much unlike how the modern Sneaky Dee's, minus the Emo Nights.

According to Ross, Daisy Tea Room shuttered for good sometime in the late 1950s or early 1960s.