Toronto has a new food initiative, UpLift Kitchen TO, serving Black-identifying and racialized people who are disproportionately affected by COVID-19 and impacted by systemic racism.

When UpLift Kitchen TO co-founders Antonia Lawrence and Emily Carson first posted about their new food initiative on June 5, they expected a few donations from friends and family. But the duo woke up to find that they had raised more than $2,000 overnight.

What was supposed to be just a small barbecue for Black, Indigenous and people of colour following the Black Lives Matter protests, soon became a full-fledged initiative with people and organizations across Toronto and the province  donating and reaching out to see how they could help.

“We are so humbled by the fact that people are so passionate about this,” co-owner Emily Carson said.

Welcome to ‘Uplift Kitchen’! We’re a food initiative created to serve the Black community in Toronto and surrounding areas. During this time of global unrest, we want to serve any Black identifying folks who have been affected by the pandemic and are also suffering at the hands of systemic and overt racism. • • • Are you a Black identifying individual or family in need? Are you someone who wants to help provide meals or other resources? Are you able to deliver food to people? Check our next post for how you can help :) #BlackLivesMatter #UpliftKitchenTO

During a time of global unrest with the Black Lives Matter protests gaining widespread support, and in the midst of a global lockdown, the need for food security is heightened, says co-owner Antonia Lawrence.

“Being forced to reconcile with any internalized racism, any overt racism or systemic racism that you’ve faced or you see other people facing, for the Black community especially, it is very hard to keep going about your day and business as usual when you're bogged down with this kind of grief and stress,” she says.

In the first few days, people reached out offering any service possible. This included cooking food, growing vegetables and driving and walking to deliver meals to Black, Indigenous and racialized folks in need. Someone even offered to give Lawrence and Carson their grandmother’s car.

Cofounders Antonia (@antoniaisthelaw) and Carson (@cultureddeviant_cooking) are growing so much in their community garden plot for our neighbourhood families and for Uplift Kitchen! Collard greens, kale, tomatoes, and so much more! #growathome#sharefood#blackfoodjustice#upliftkitchento#blacklivesmatter#torontoeast#leslieville#thebeachestoronto#foodprogram#helpeachother#cheflife

“We were prepared for this to be something small, but when those first few donations came in and the people in our life were immediately on board to help, we made the decision to make this initiative more permanent and long-term,” Lawrence said.

Lawrence said they heard from businesses who offered help in the future. The messages of support cemented their decision to make this initiative long-term.

Restaurants and other organizations in Toronto have reached out to donate and provide supplies for UpLift Kitchen TO.

Lazy Daisy's Cafe offered excess items from their weekly food boxes. Triple A Bar is sharing their kitchen space with the community organizers.

The People’s Pantry has been helping with creating and delivering grocery boxes to families. Bar Poet will be donating pizzas and other supplies. Even the Bike Brigade wants to pitch in.

SKETCH: Working Arts, a nonprofit providing services to racialized youth aged 16 to 29 in the city, is also supporting the duo, with numerous Black-identfiying people reaching out to volunteer for the food initiative and give back to their communities.

“It's why we came up with Uplift Kitchen, because we would like to uplift our communities, but it’s also uplifting yourself. For that one meal, you won’t have to worry for your family or yourself,” Carson said.

The friends want to provide the Black community and other racialized folks with culturally-appropriate, healthy foods that meet their dietary needs while practicing sustainability.

In a week, more than 40 volunteers and 50 donors have supported UpLift Kitchen. In the coming weeks, they plan on posting cost breakdowns to maintain transparency.

So far, they've raised more than $4,500 that will be used to purchase sustainable containers for their cooks, gas money for drivers, and cooking and baking costs.

In the future, they hope to expand the UpLift Kitchen globally and build similar community hubs. “We have to take care of ourselves, and if no one is going to help us, we’ve got to help our own communities,” said Carson. 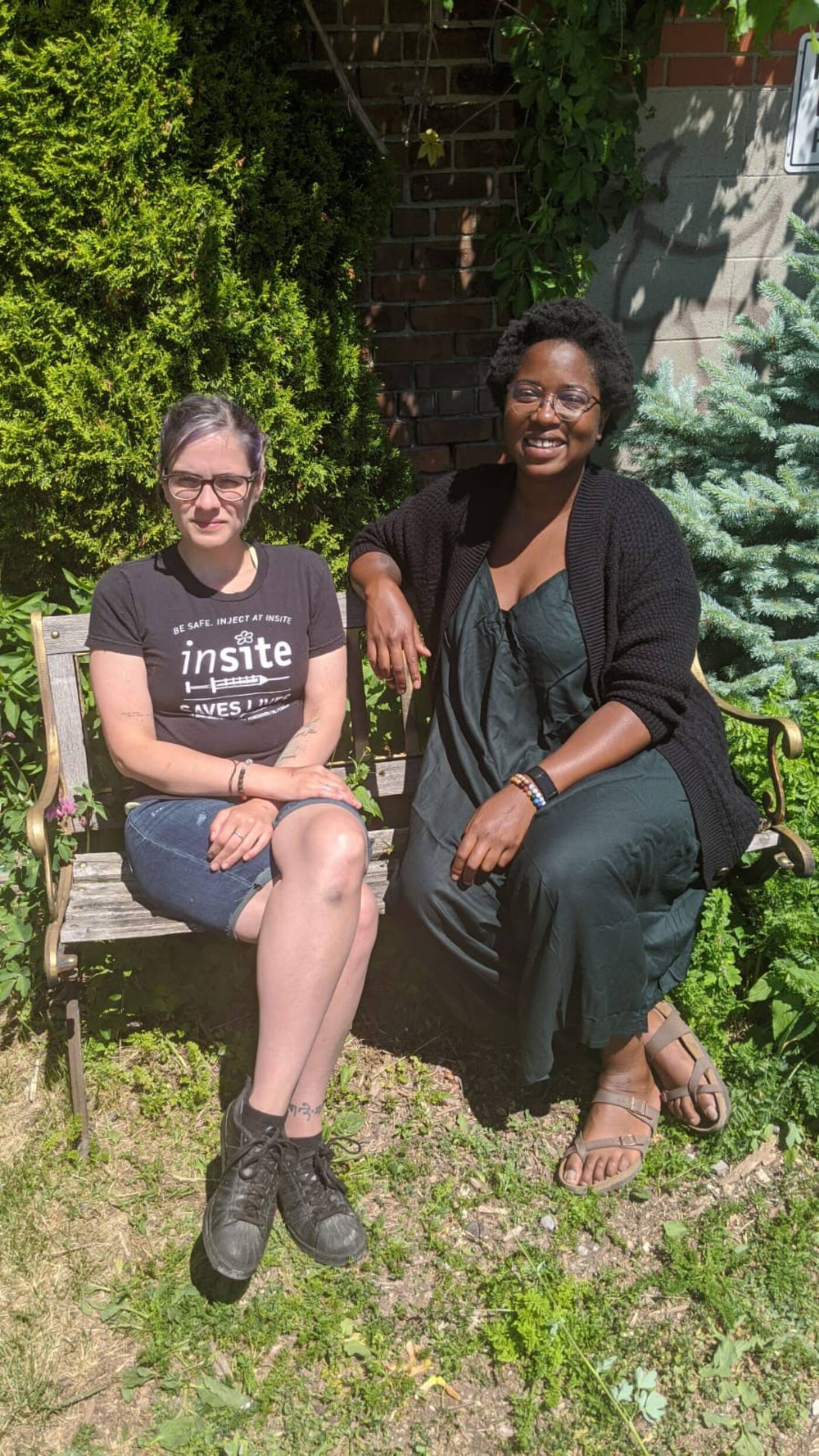 Emily Carson, left, and Antonia Lawrence are the co-founders of UpLift Kitchen.

Lawrence and Carson are community activists in Toronto who have dedicated their lives to organizational planning and sustainability. Lawrence is a Black woman working with SKETCH and has worked with food banks and other organizations.

Carson is an Indigenous woman who has spent most of her life educating and helping youth affected by HIV and AIDS and teaching culturally-sensitive curriculums on how people can live a healthy life.