If you could buy booze from a bar right next to the LCBO with no line and longer hours, wouldn't you?

That's the marketing approach of The Old Sod in Toronto, where they've been putting up signs and talking to people in long lines for the LCBO trying to entice them over to their makeshift liquor shop instead.

The Old Sod in Toronto is trying to convince people to buy booze from them instead of waiting in line for the LCBO - 📹 The Old Sod https://t.co/os2nEiZsyw #Toronto #SupportTheSod #takeoutTO #deliveryTO pic.twitter.com/rhrGggWkiN

They also place their signs directly in front of the LCBO doors when their neighbour closes on Mondays. By contrast, they're open until 11 p.m. for takeout and delivery on Mondays. An Irish pub, The Old Sod is normally known for live music programming. 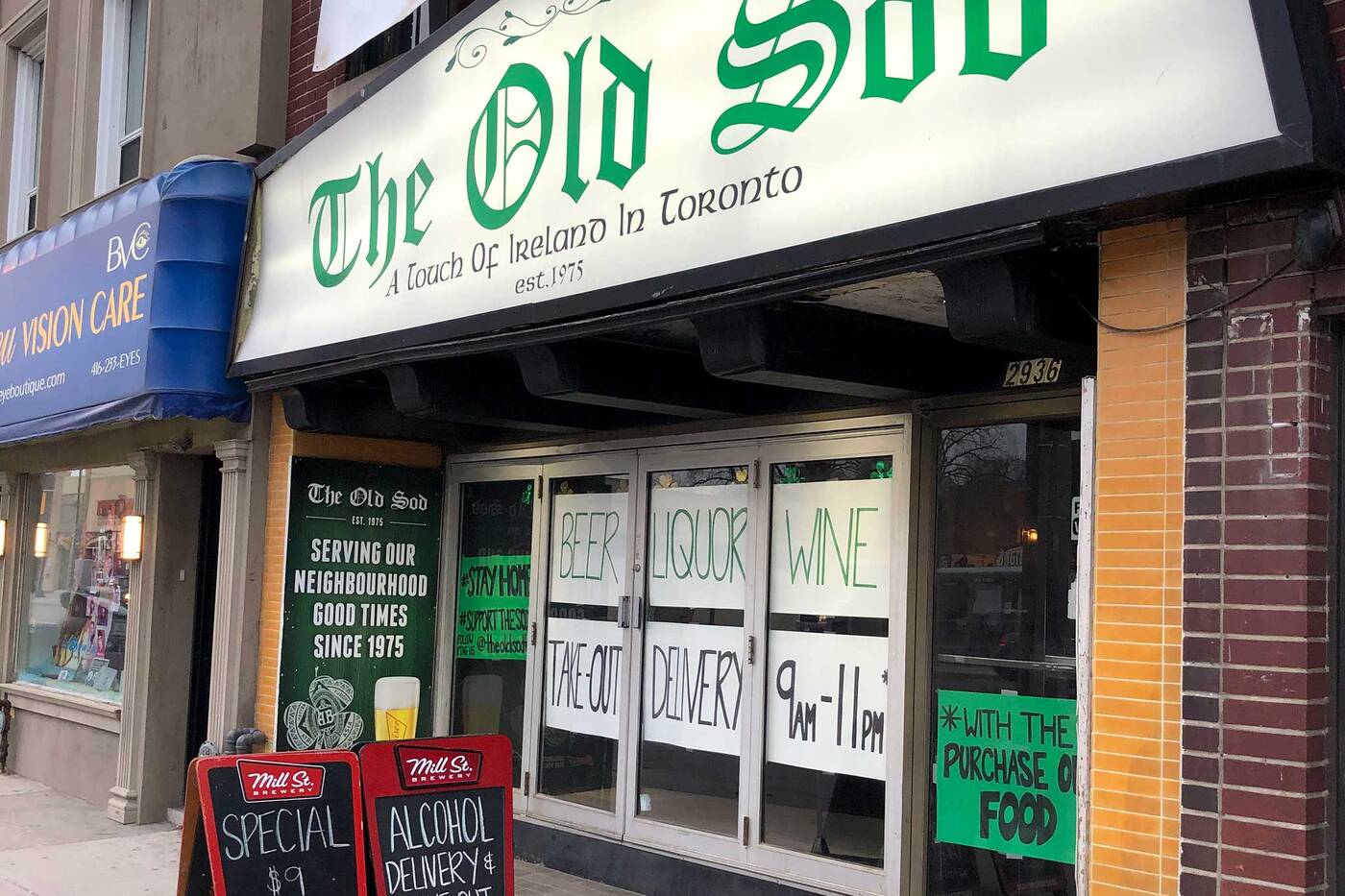 Signs out front of The Old Sod promoting their beer and wine. Photo by Michael McDonald.

Of course, they also have to offer food along with their booze, and pub grub like wings and blackened chicken sandwiches does just fine. When it comes to drinks, they've got spirits like gin, tequila, whisky and rum as well as beer, and you can call in to order.

The bar has been a cornerstone of the community since 1975, so the LCBO is more than aware of their presence. According to the owners of the bar, Kyla Prior and Tyler Owens, the LC is happy with The Old Sod's measures seeing as it takes pressure off their lines, which can be over an hour long. 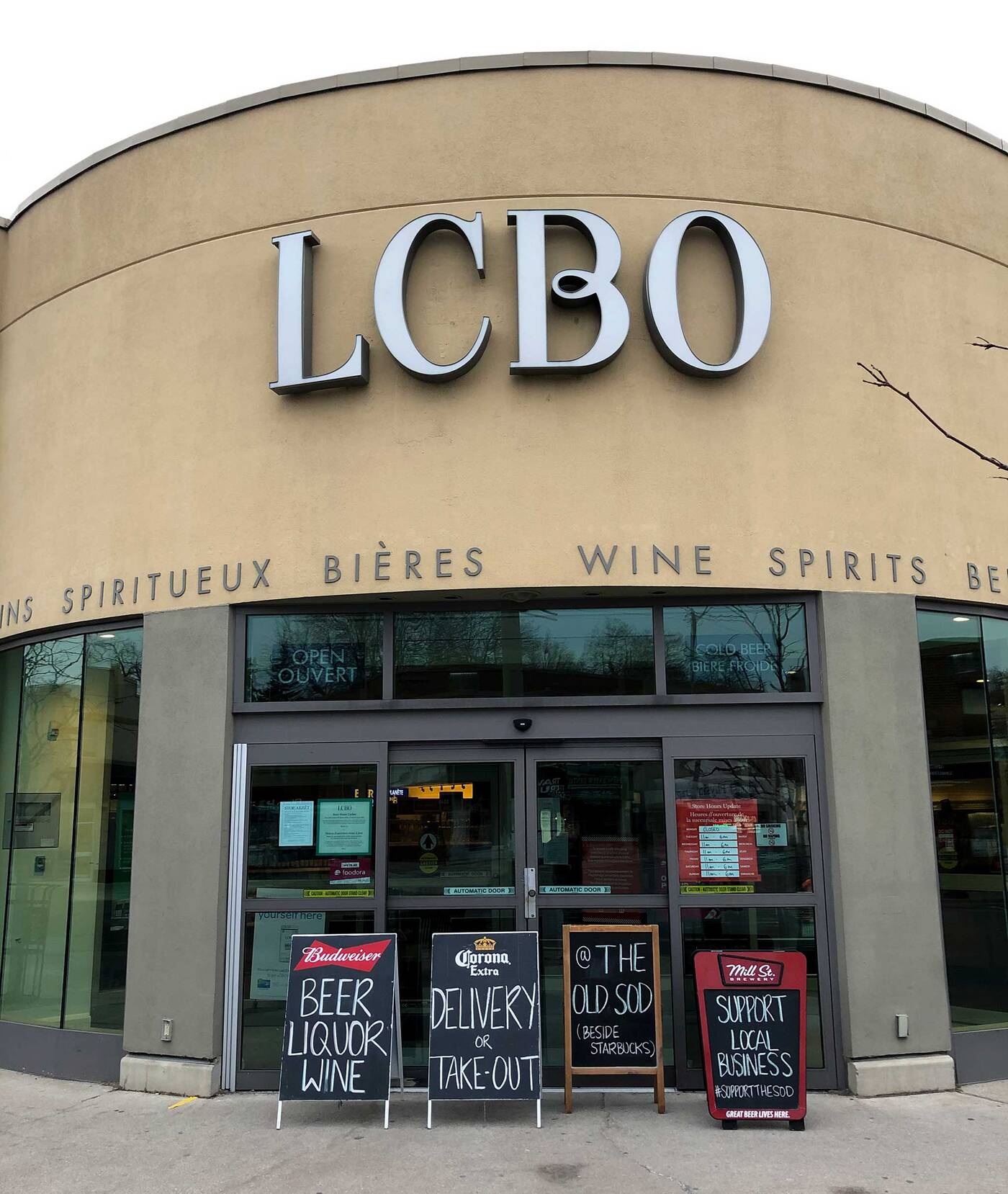 Signs placed in front of the LCBO by The Old Sod. Photo by Michael McDonald.

They've also been giving people promotional swag like hats and shirts and the response has been great. As suspected, Prior and Owens say customers are happy to be presented with a safer alternative with no lines or crowds.