Many Toronto restaurants want to help feed healthcare workers, but don't have the support they need to do so.

Sustain the Line is here to aid in connecting donors with the businesses they want to support, who in turn pay it forward by feeding those on the front lines.

"The entire purpose of this website is to match small food businesses able and willing to deliver meals to frontline healthcare workers with supporters willing to fund these meals," reads their website.

Basically, anyone who wants to donate funds or deliver meals can get in touch with Sustain the Line using an online form. The donor pays the food provider a lump sum to make the meals, and then the provider gets in touch with local healthcare workers.

The concept started with Mission Watch Company in Toronto and Old Road BBQ in Nova Scotia committing to feed frontline workers for a month in Nova Scotia. NextLevel (New Jersey), Conduit Law (Toronto) and Aron Brand (Montreal) joined them within days to expand the idea throughout North America. 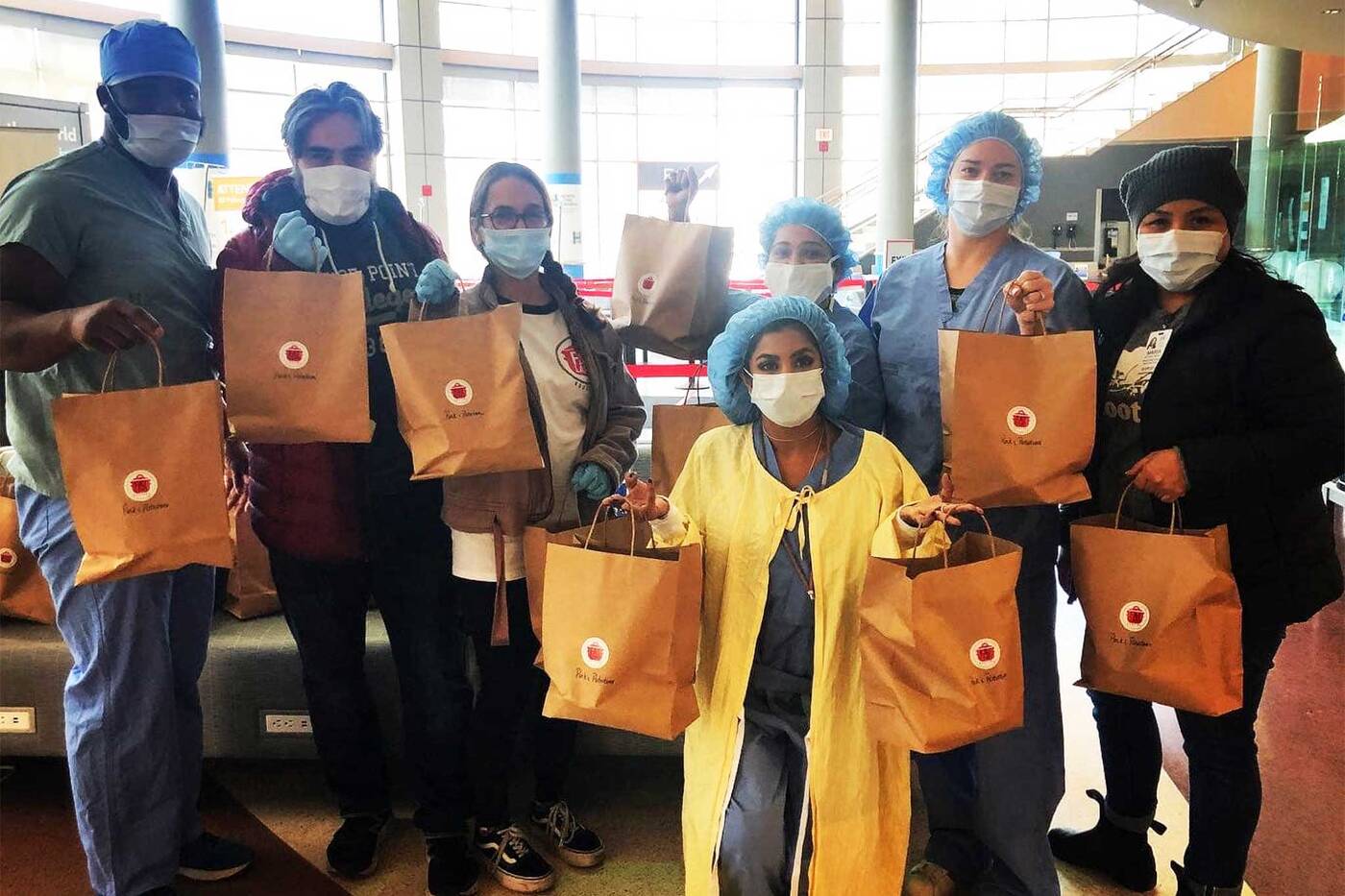 "We decided to close our front doors and go with delivery only model in order to ensure 100 per cent safety. It's only Chris and I in the kitchen," says Vera Tzoulas of Fat Lamb, referring to her partner. "Sourcing fresh product everyday, prepping, cooking and delivering. We figure this is the only way to do it right."

Solomon says Sustain the Line has already fed frontline workers "1,200 meals and counting in Canada and the US after the first two weeks live."

"We have partnered with Sustain the Line and did our first food run on Good Friday to NYGH," says Tzoulas. "We fed 30 doctors and nurses in the OR. It was a very emotional experience."

They plan to do the same thing for North York General every week, and have also been in contact with Markham Souffville Hospital where one of the nurses reached out to them. 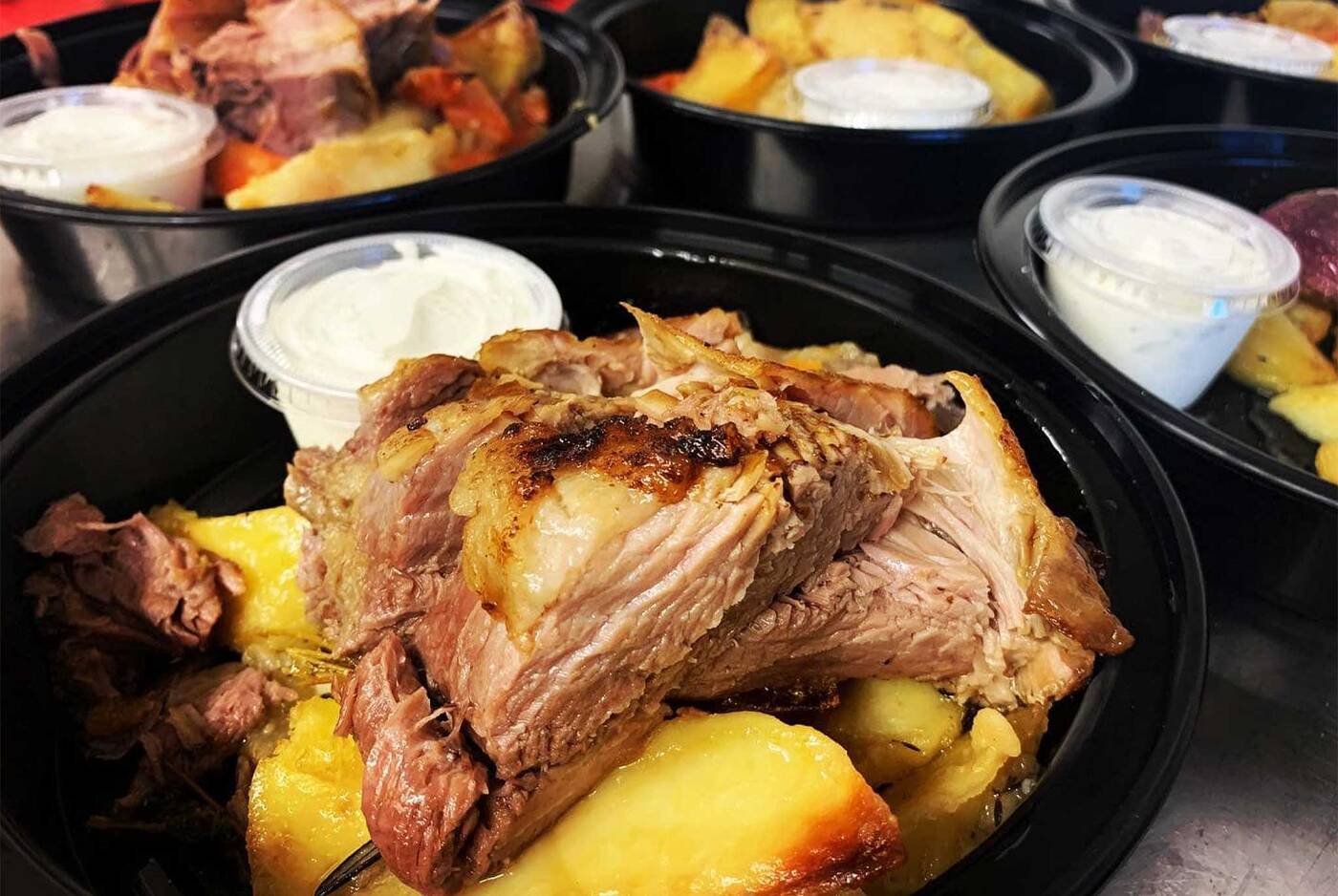 "While we are limiting ourselves right now to Canada and the US, there is strong interest to get us in Berlin—where I just moved back to Canada from three weeks ago—Paris, London, and Sydney," says Solomon.

"With experts predicting that up to 80 per cent of small food business may not make it through this crisis, every city has an opportunity to make a difference here."