Fair Grounds is currently open but their offerings and services may be affected due to the pandemic. Please contact the business directly for more information about any changes. Is this your business? Please contact us if you would like to update this message.

Fair Grounds Organic Cafe & Roastery started in a borrowed warehouse and residential locker. Now it's a spacious micro-roaster, bakery and coffee shop (and soon to make its own ice cream) on Lake Shore Boulevard in Etobicoke .

When I walk into the space I meet Jeffrey Stinson, who tells me his didn't initially anticipate his humble beginnings will turn into a full-fledged coffee shop. 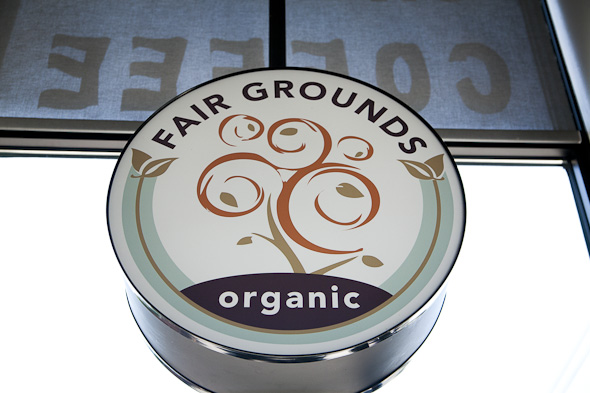 "I was always into fair trade, organics, and things of that nature," he says. "My interest started in wine, but coffee is very similar when you think of things like region, altitude--aspects that affect the bean." 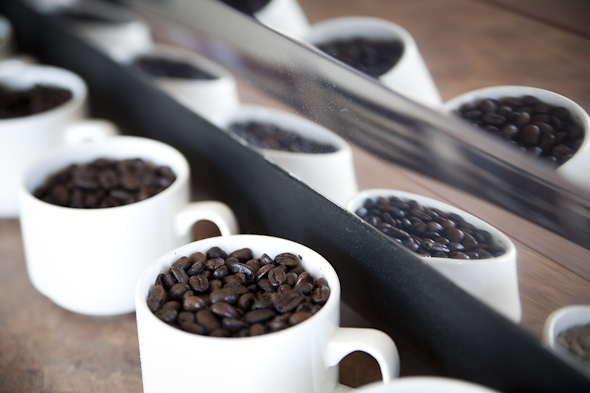 Fair Ground only offers fair trade and organic coffees from Latin American, Indonesia, and Africa. "We look for small cooperatives, progressive sources; some of our coffee is from the CafĂŠ Feminino women's co-operative, for example." 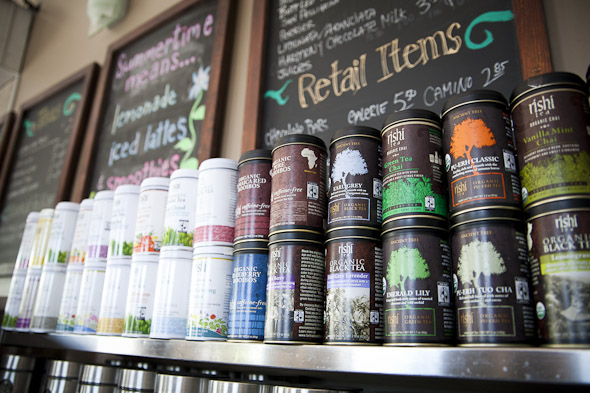 Jeffrey started by roasting his coffee in the back of a friend's warehouse and selling at local farmers' markets. He used a storage locker in his building to keep his products and materials, and eventually expanded to another rented storage space. He eventually went looking for storefronts in which to open a shop, and curiously, nine out of the 10 spaces he looked at ended up taken over by independent coffee shops themselves. 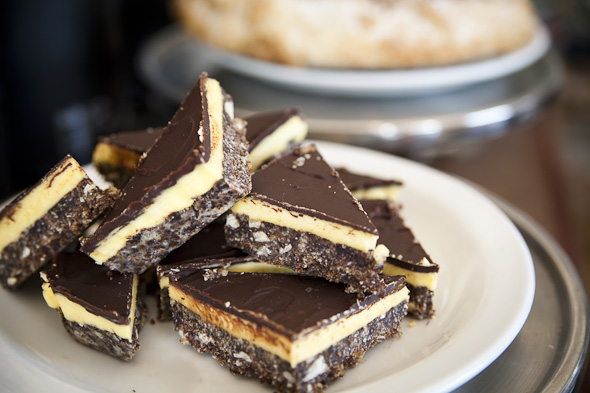 This space--formerly a butcher shop and a bank before that--ended up being the right fit. "I like the area," Jeffrey says. "And it's definitely going through some changes for the better." Jeffrey's wife picked out the paint colours, local artists have decorated the walls, and a friend who owns a Timothy's donated the furniture after she was forced to redecorate as per orders from head office. 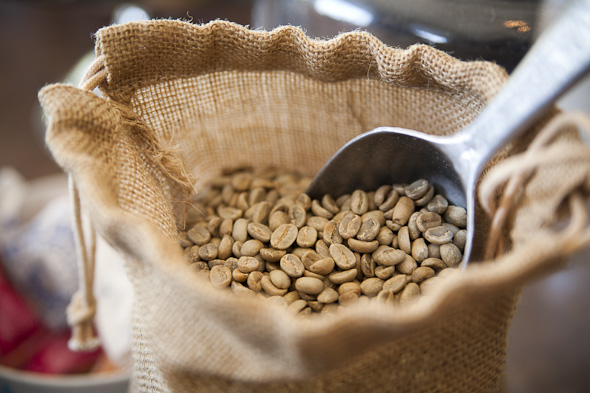 Fair Grounds does coffee drinks such as espresso ($1.60), latte ($3.00), French press ($2.65) and more, and also offers loose leaf teas ($3.75) and lots of baked treats that are prepared fresh on site. It also serves a menu of grilled cheese sandwiches using its freshly baked breads and Maypole ice cream, though Jeffrey tells me he hopes to develop his own ice cream soon. 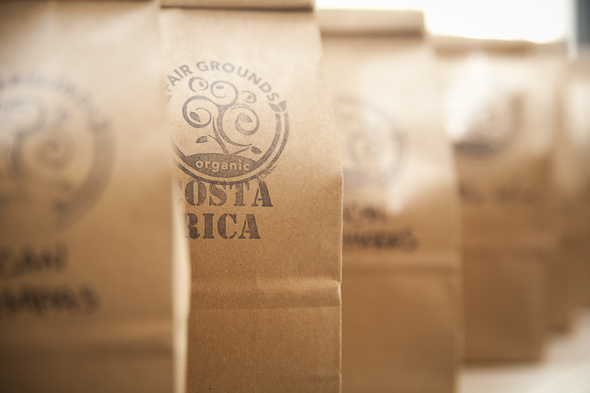 Feeling the heat, I watch as the barista prepares a fresh, biodegradable cup of lemonade (from lemons, water, and not much else, $3.00) and drop by later for a hazelnut latte when the temperature begins to cool. The lemonade is fairly sour with little bits of pulp, but not overwhelmingly so, though a little honey or aguave could have made it an outstanding drink. The latte has great flavour, and is perfectly smooth and creamy. 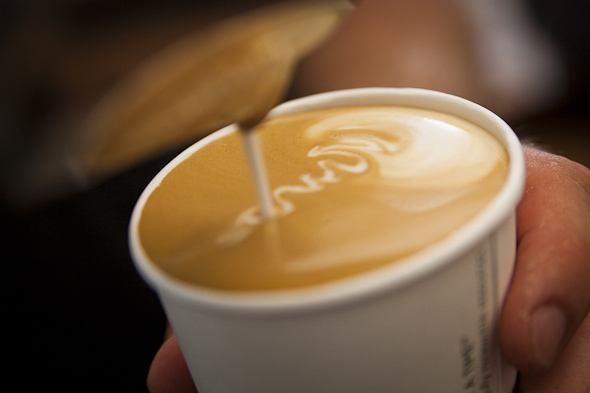 Fair Grounds offers free WiFi and a choice of regular organic milk, almond milk, and soymilk (no extra charge). It is open 6 a.m. to 10 p.m. daily. 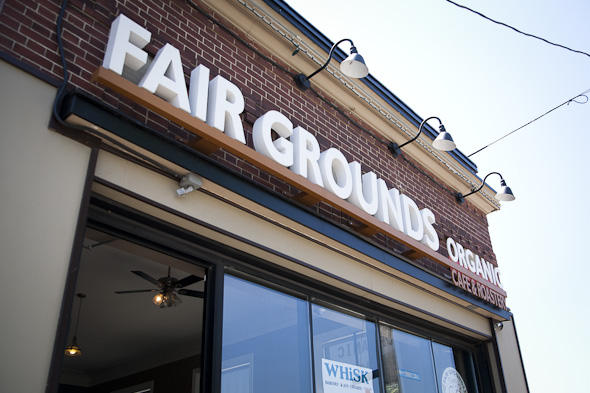