Two years ago, Toronto drinkers seeking an alternative to milk and cream in their coffee usually only had almond milk, coconut milk, or soy milk to choose from — maybe cashew milk, if they were lucky.

But in the last year, a new option has quickly moved to the forefront for coffee drinkers seeking a non-dairy option to boost their morning cup of joe.

Oat milk, made from soaking and straining oats in water, is in hot demand at cafes these days — so much so that there was actually a North American shortage of it this summer.

Possibly surpassing almond milk as the go-to order, this new contender is being prized for its texture and flavour by both customers and baristas alike. 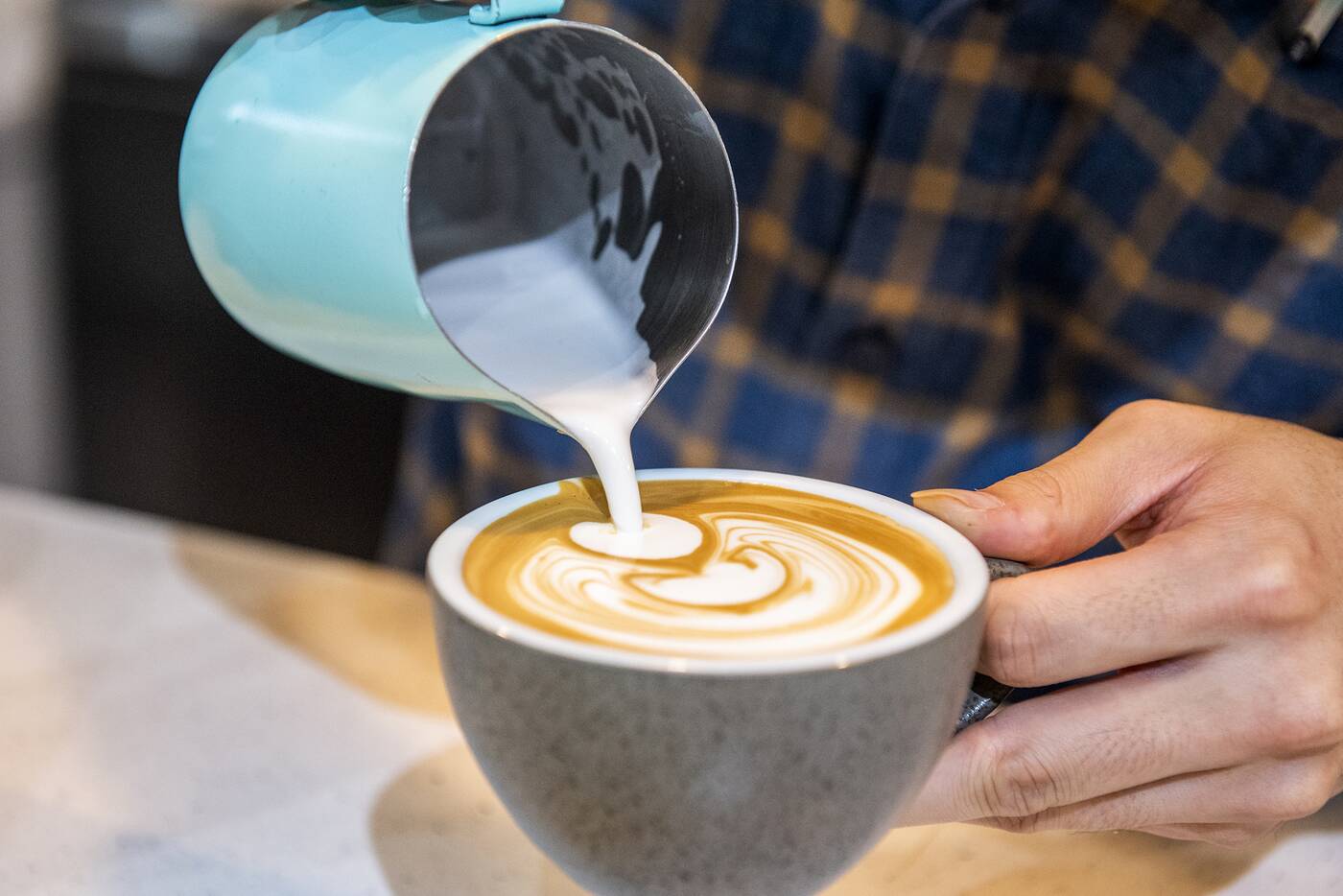 The cafe Social Blend only carries soy milk and oat milk as its dairy alternatives. Photo by Hector Vasquez.

Some cafes like The Social Blend don't even carry almond milk anymore, just soy and oat milk from the U.K. import Minor Figures.

"Around a quarter of our customers actually ask for oat milk," says Social Blend's co-owner, Ryo.

"We go through quite a bit a week, so it does make sense financially...it's pretty much a staple at this point."

From a barista's point of view, oat milk trumps other alternatives when it comes to making foamy drinks and latte art, thanks to its natural sweetness and thicker consistency (though nothing beats the abilities of real milk).

Ryo also says that those customers that request soy or almond — which are notoriously thin and dilutive — are usually more than happy to try oat milk instead.

It should be noted that most cafes will buy a barista-friendly oat milk, due to added ingredients like rapeseed oil that help with the texture.

There isn't a plethora of brands to choose from as of yet: there's the Oregon-based Pacific Foods, the Swedish brand Oatly, and Earth's Own, a Canadian company. As of right now, the Minor Figures appears to be the dominant brand at most Toronto cafes right now. 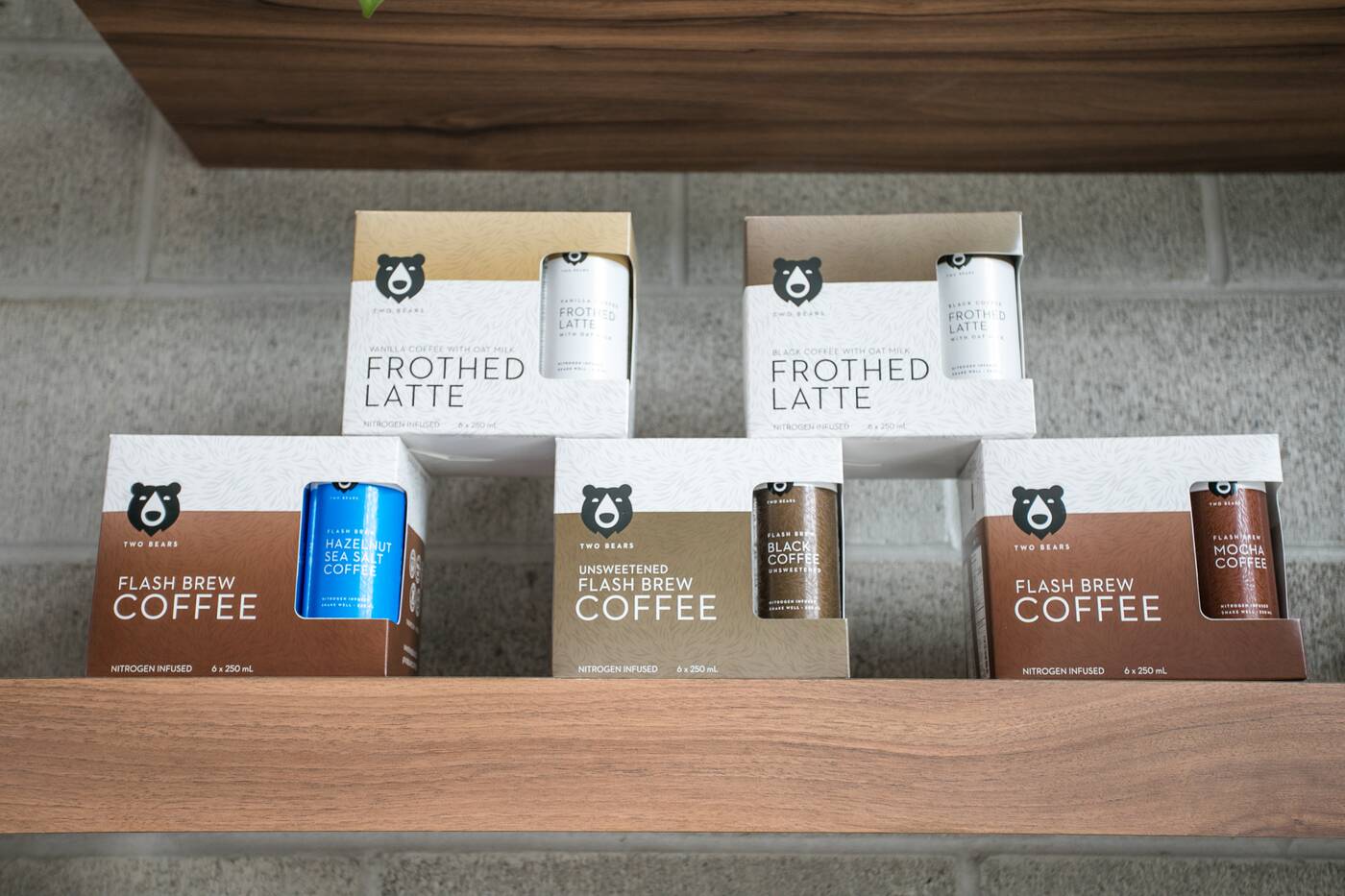 The cold brew company Two Bears is about to launch its own brand of oat milk. Photo by Fareen Karim.

But Two Bears, a Toronto-based company working out of Landscape Coffee Roasters specializing in cold brews and oat milk latte cans, is about to launch its own brand of 1-litre, barista-friendly oat milk in January to address the demand on a more local scale.

David Schneiderman, who founded Two Bears and is partnered with Joe Angelloti of Landscape and Lit Espresso, says that they were initially using so much product from Minor Figures that they simply decided to make their own.

"It made no sense that we were buying stuff that was shipped in from the U.K. rather than supporting Canadian farmers."

Two Bear's oat milk, which will be distributed by Sysco and available at a number of huge brand-name chains, sources oats from Saskatchewan prairies. 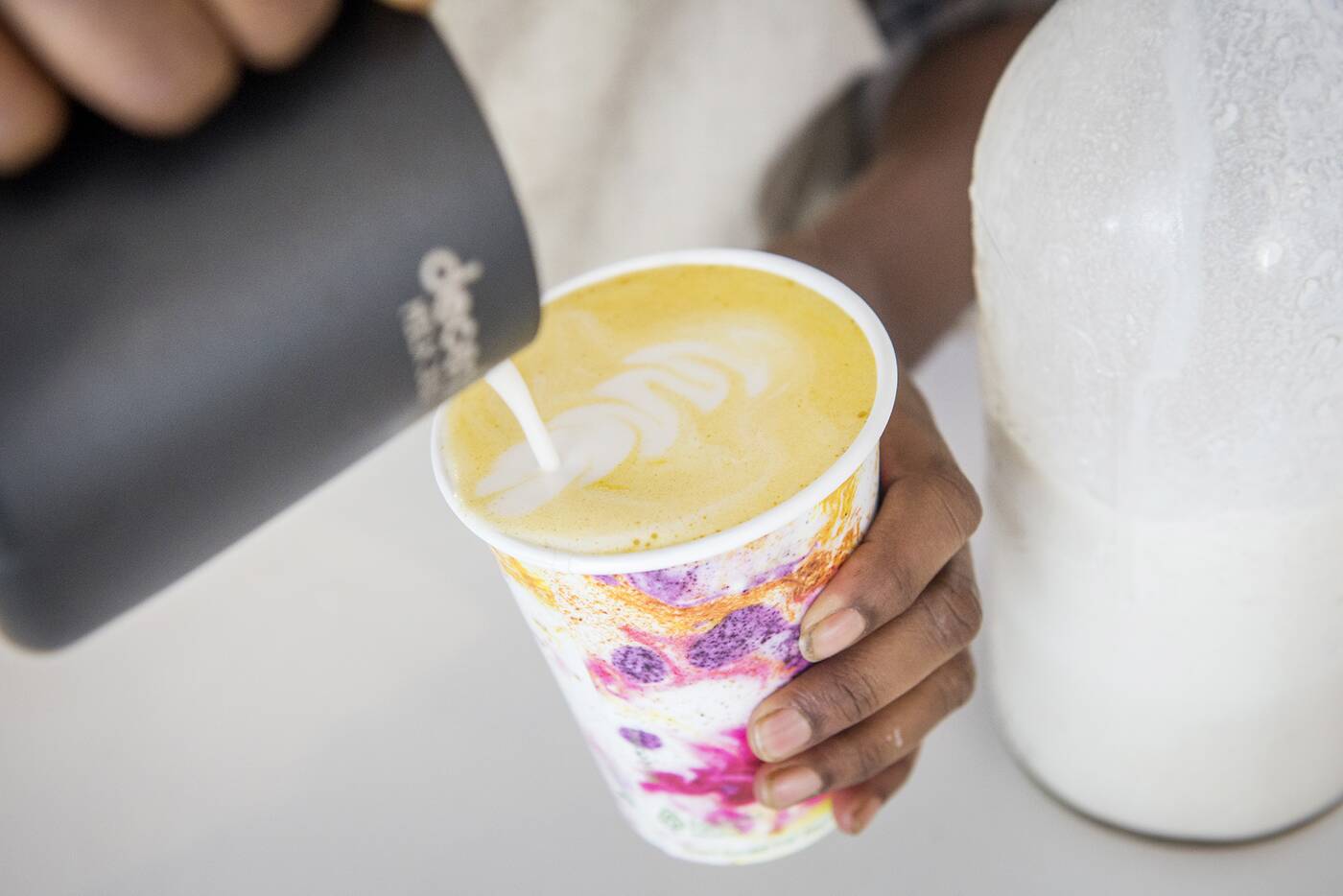 The milk-free coffee shop Nutbar is rolling out its own housemade oat milk. Photo by Hector Vasquez.

Even Nutbar, Toronto's coffee shop known for offering only one dairy alternative (their signature housemade mix almonds, cashews, and coconut milk) has seen an opportunity to move into oat milks for the first time since opening in 2016.

"We didn't want to jump on the bandwagon too quickly," says Nutbar owner Kate Martin. "But we realized the time is now because there's enough interest, and that the trend has staying power."

Martin says that Nutbar will roll out its own oat milk within the next few weeks, focusing on using oats from certified organic farmers.

"I think as the shifting away from dairy milk only increase the options," says Martin. "I don't think the increase means that almond or cashew are going away, but I think the environmental aspect is something worth noting, for sure."