Toronto Ethiopian restaurant shut down by health inspectors due to pests

Bloor is known for its Ethiopian places, so maybe head to another one than African Delight (not to be confused with African Palace just down the street).

The restaurant was shut down temporarily on August 29th after an inspection by Public Health which uncovered a number of infractions.

They received one crucial infraction for insects, and three significant ones, one again for pests and two others for failing to provide single service towels or a dryer and failing to maintain handwashing stations. 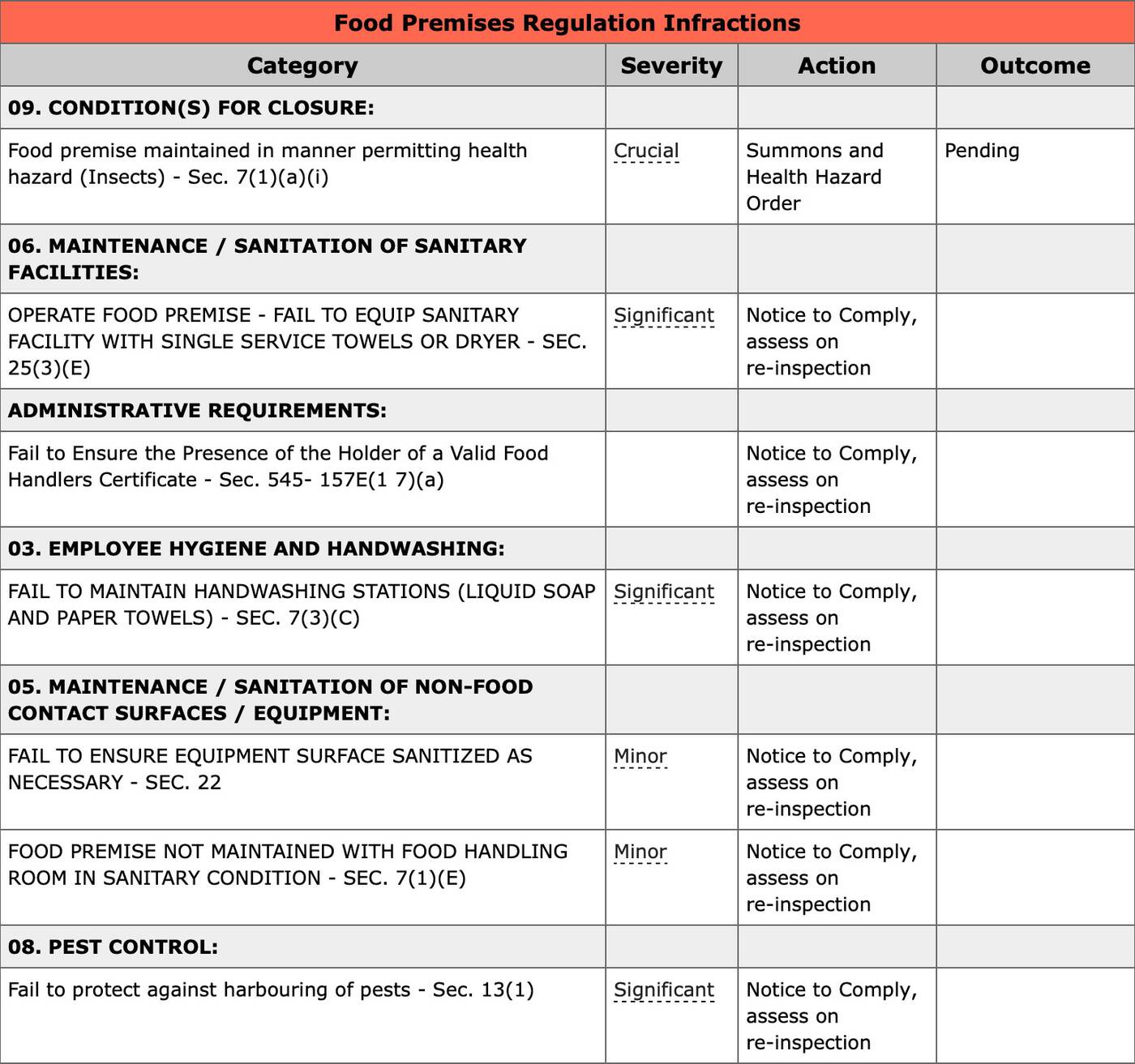 They were also dinged for minor infractions: failing to sanitize surfaces and failure to maintain the food handling room in sanitary condition.

At the time of this writing, the restaurant had not been re-inspected or approved for re-opening by health inspectors.