A posh dinner set beneath the Gardiner was disrupted last night after hundreds of people gathered around The Bentway to protest what they called "an obscene spectacle of opulence."

Protesters congregated on the hills surrounding the outdoor event space with drums, signs, and speakers, to rally against Dinner With A View, a dinner pop-up which launched last week and runs until May 2. 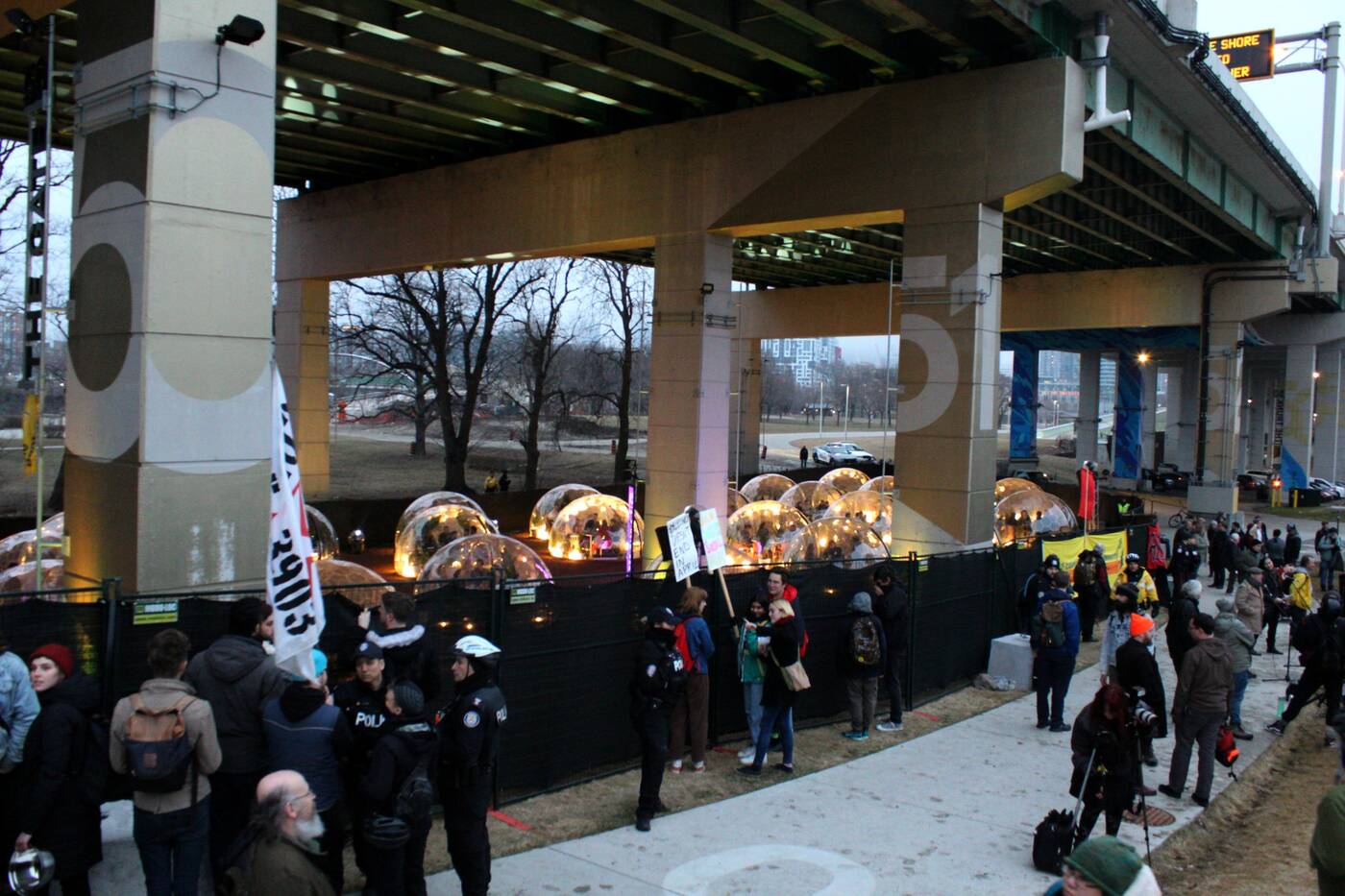 There was heavy security presence at the counter-event titled Dinner With A View-Of The Rich organized by the Ontario Coalition Against Poverty (OCAP), with cruisers and mounted police lining the perimeter.

Protesters were separated from The Bentway grounds by a tall fence which partially blocked over 100 event-goers from view as they ate dinner in illuminated domes. 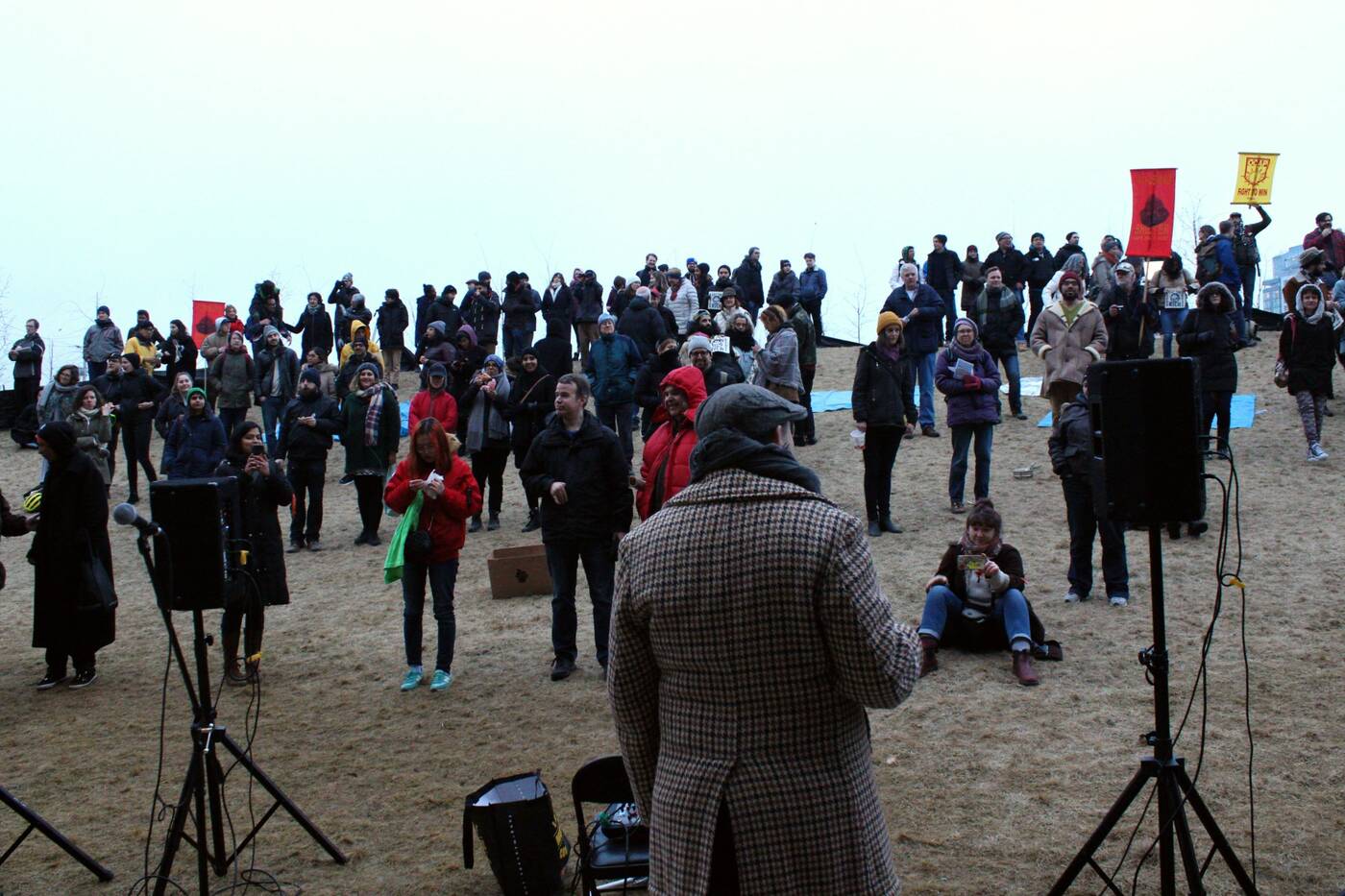 The organizers of Dinner With A View had music blasting from speakers throughout the evening, which helped to drown out the chants and drumming coming from protestors on the hill.

Whether or not that was the original plan or if it was an organized response to the protest— which Dinner With A View organizers were aware of prior to last night— isn't clear. 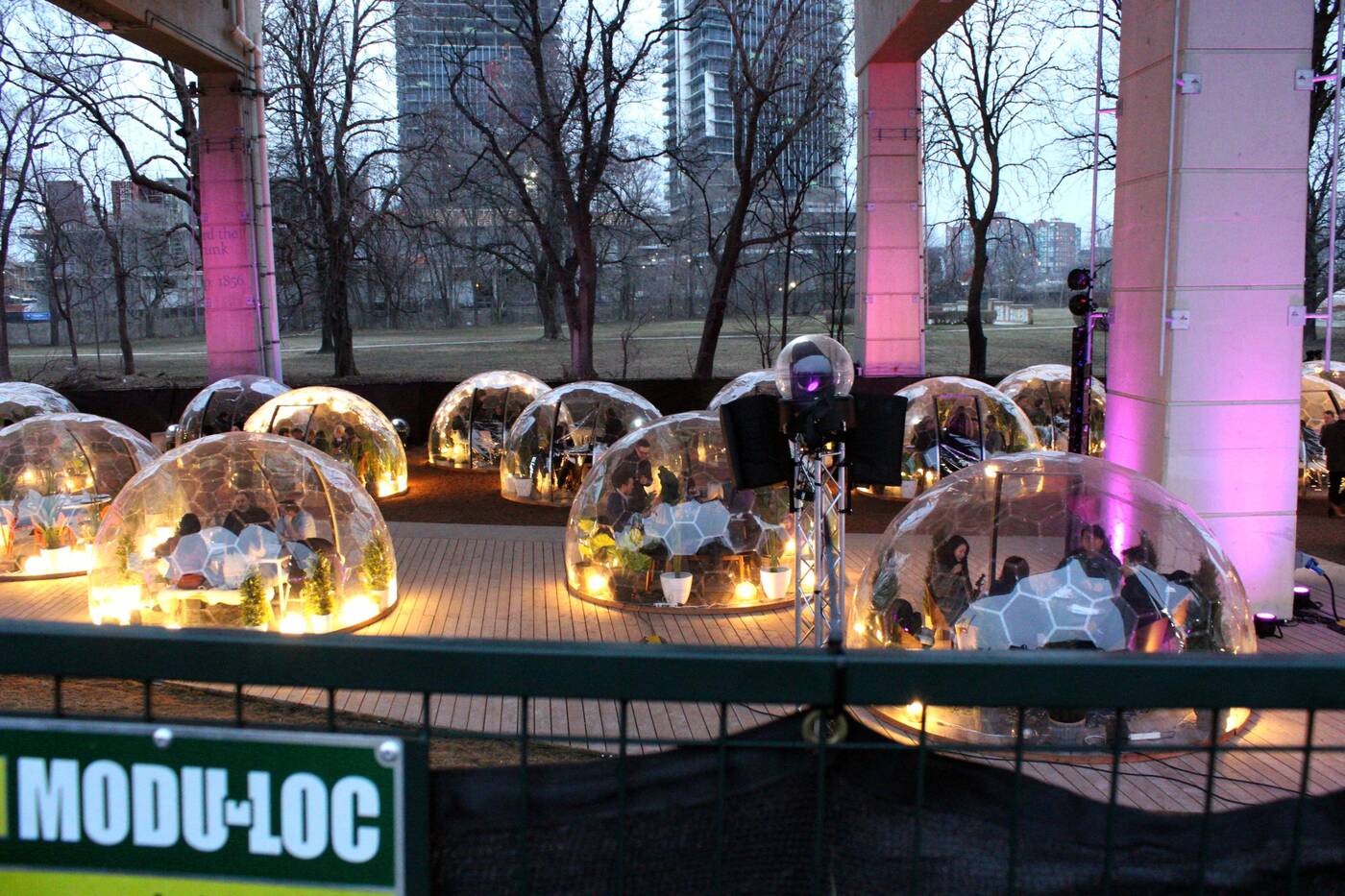 The domed dining experience has sparked ire among homelessness advocates who've labelled the event offering an exclusive dinner in a heated bubble tone-deaf in the wake of the City's dismantling of the tent city beneath the Gardiner, just a couple of kilometres east.

Touted as an exclusive dining experience set against an"iconic urban background," Dinner With A View sits near the Fort York Armoury, which advocacy groups have long demanded (and the City has declined) to be used as a homeless shelter. 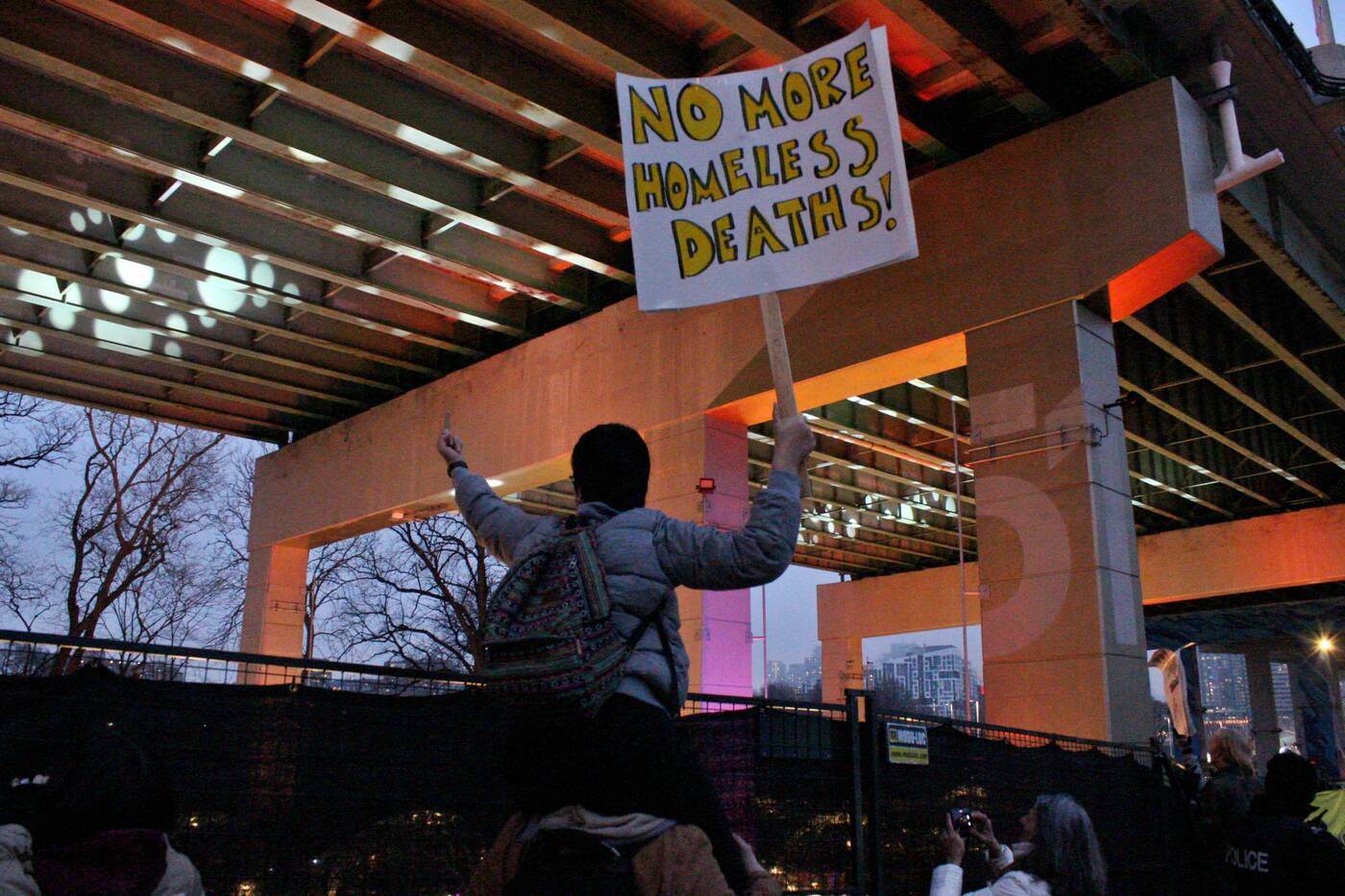 Members of OCAP and Students Say No took last night as an opportunity for an omnibus protest addressing homelessness along with issues like housing affordability and the Ford government's decision to defund several supervised injection sites.

"I don't think anyone had a quiet candlelit dinner tonight, did they," said OCAP organizer Yogi Acharya. "This fight does not end until every person in this city has decent housing."