Recycling in Toronto can be confusing, no thanks to grocery stores, which are home to some of the largest selections of plastic packaging.

While the provincial government tries to stem the use of single-use plastics and businesses start to go straw-less, the question of whether certain items should be recycled in the blue bin or chucked in the black bin continues to plague consumers.

"The system is really confusing," says Emily Alfred, the Waste Campaigner at Toronto Environmental Alliance (TEA). "Technically, anything that's made out of plastic is supposed to be recycled.” 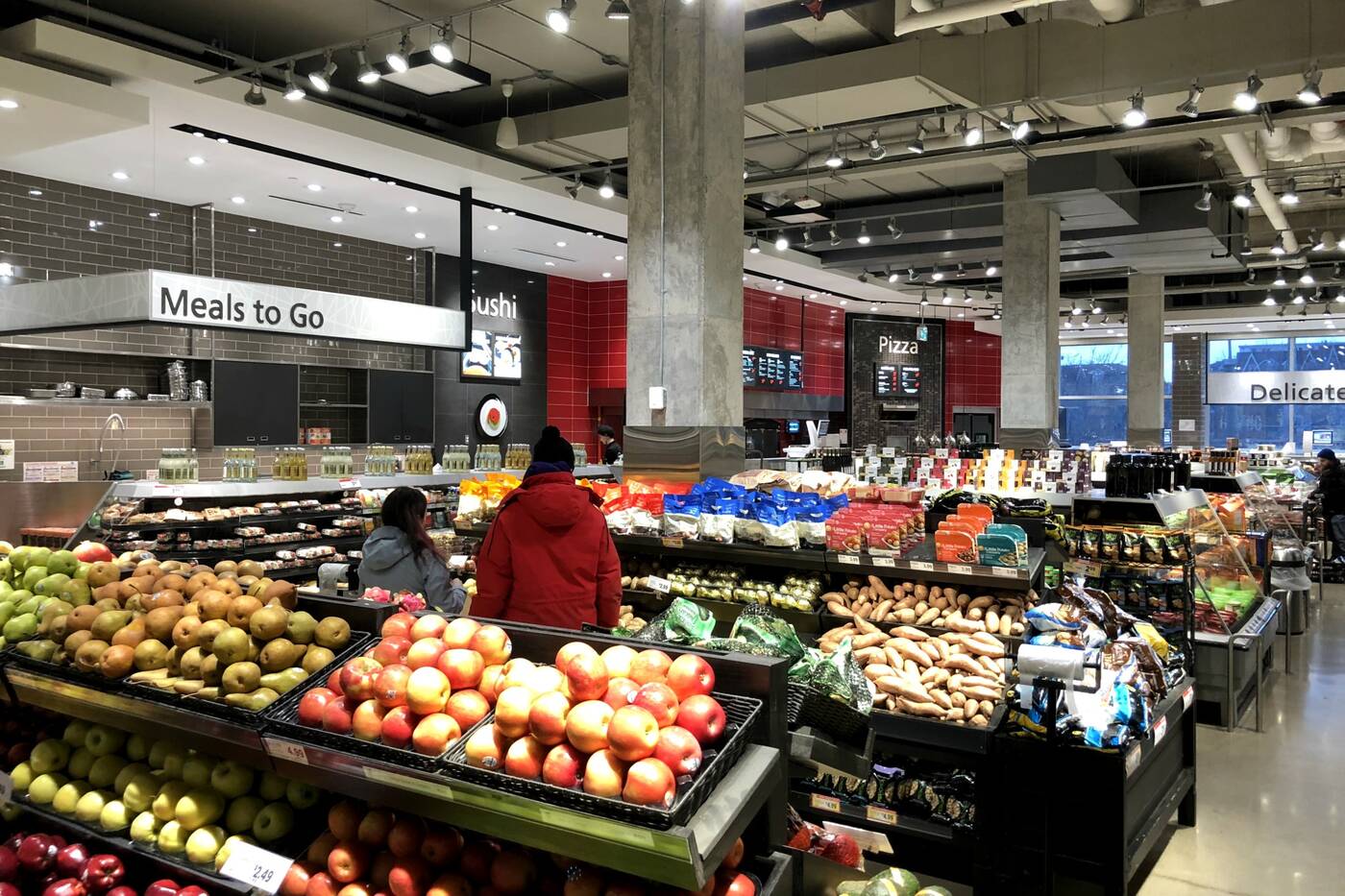 However, that's far from the case. There are plenty of multi-material items at the grocery store that—although plastic—are too complex for facilities in Toronto to process.

"It's not [the consumers’] fault, it’s also that companies are coming up with new packaging every year," Alfred says.

It also doesn't help that the rules change per municipality, so what may be recyclable in Hamilton or Barrie may not be here. Even worse, high rise buildings have different rules, depending on if they have private or public waste collection services.

That being said, here are 10 things you might think are recyclable at Toronto grocery stores that actually aren’t.

Those highly structured, very convenient bags used for frozen fruits and veggies belong in the landfill, not the blue bin. The tough, laminated materials they're made from can't be processed here. 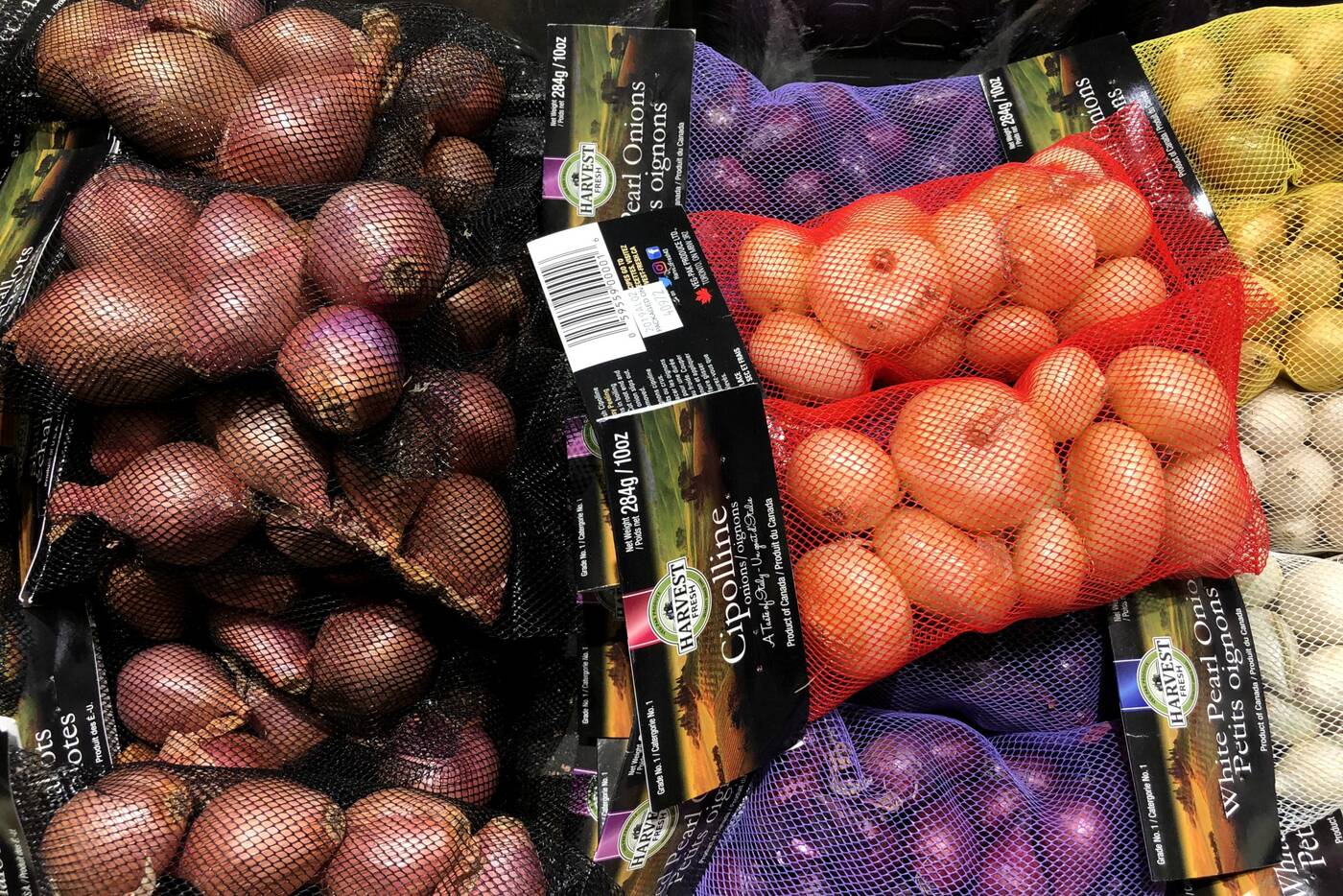 They may be great for keeping shedding onion skins intact and lemons conveniently bundled, but these bags get easily tangled on conveyor belts. 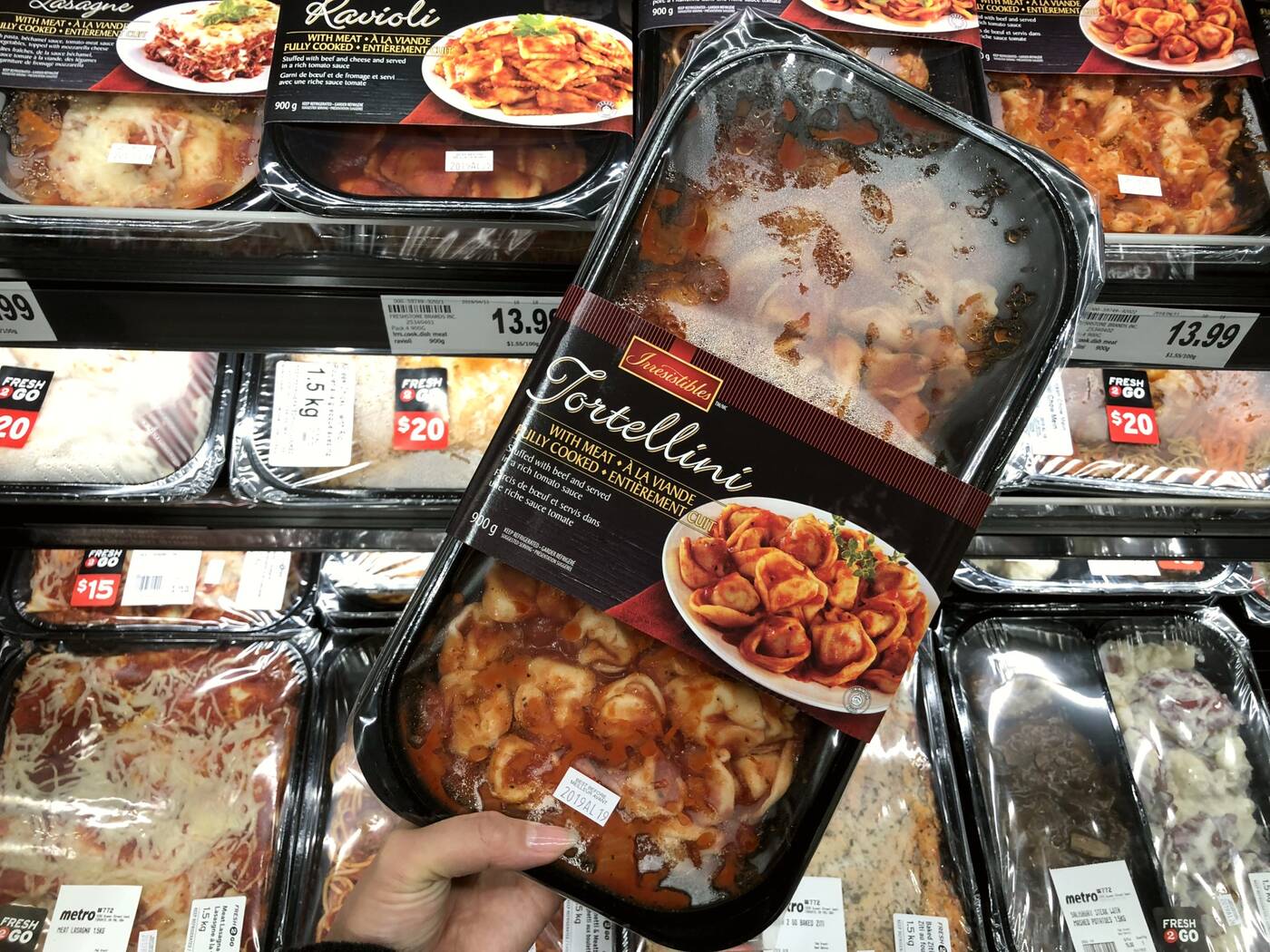 It's no news by now but black plastic of any kind isn't recyclable in Toronto (though it is in Brampton). 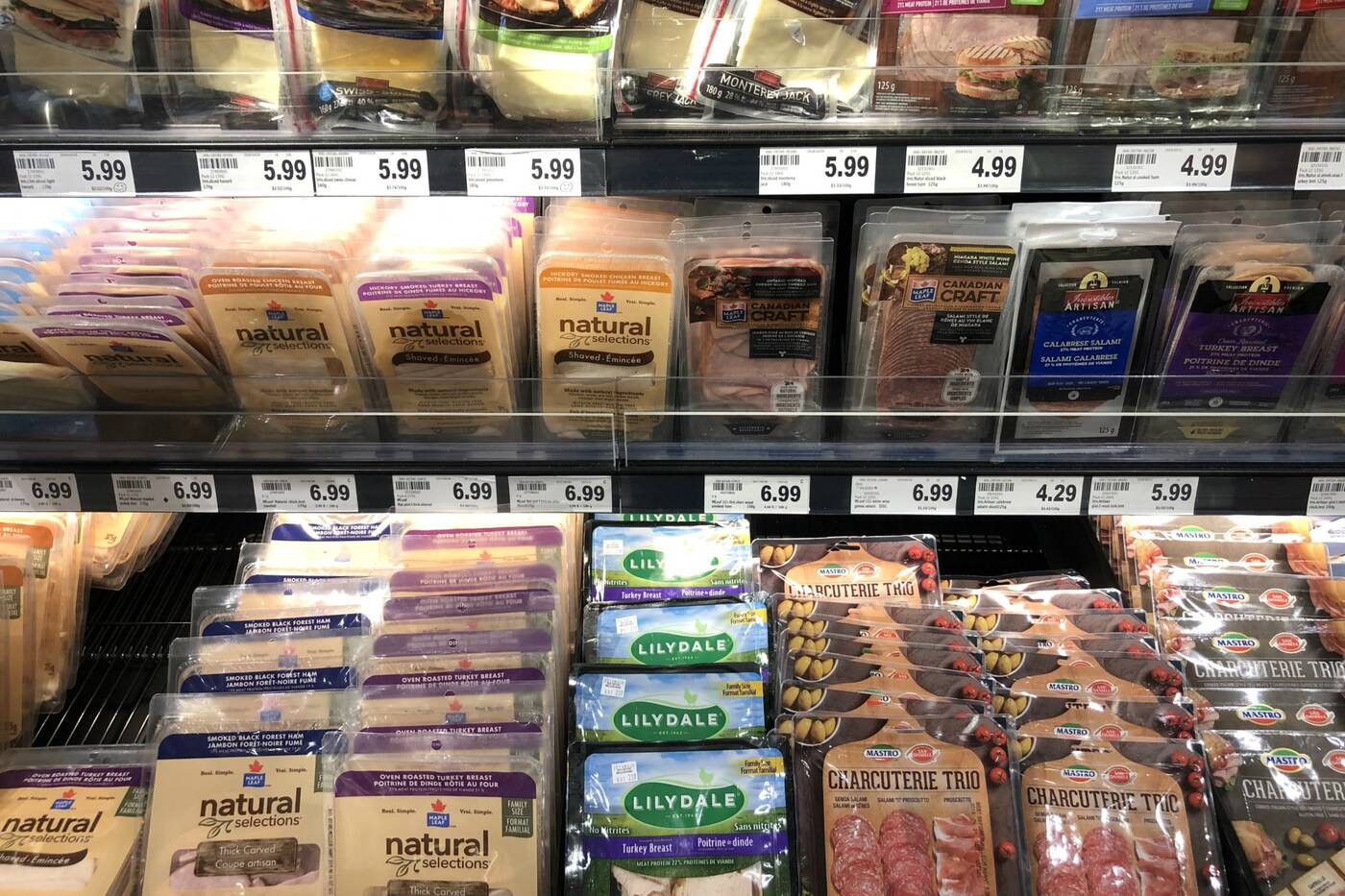 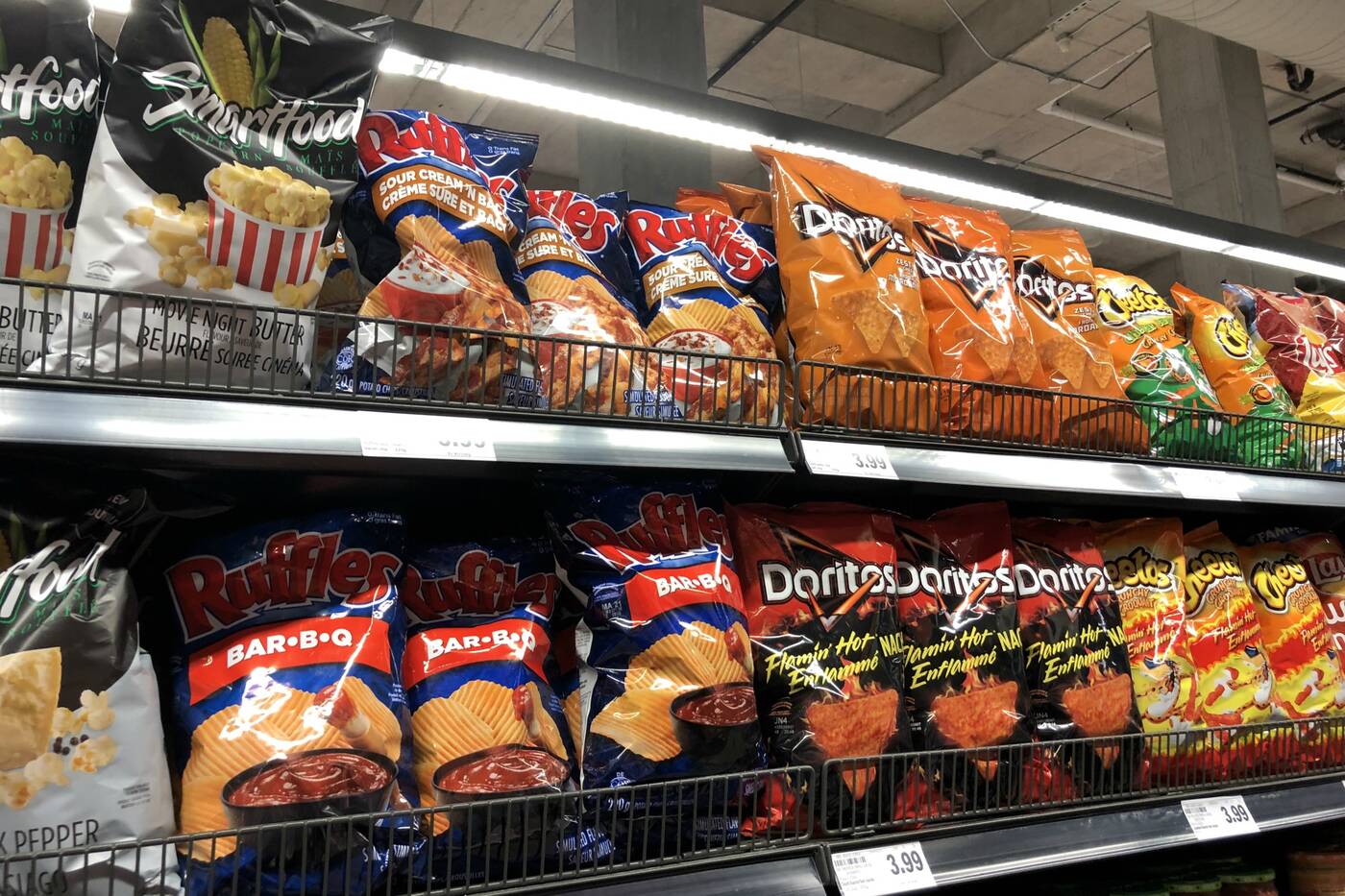 These laminated bags are made essentially from layers of plastic and metal: a mix of materials that can't be processed in Toronto plants. 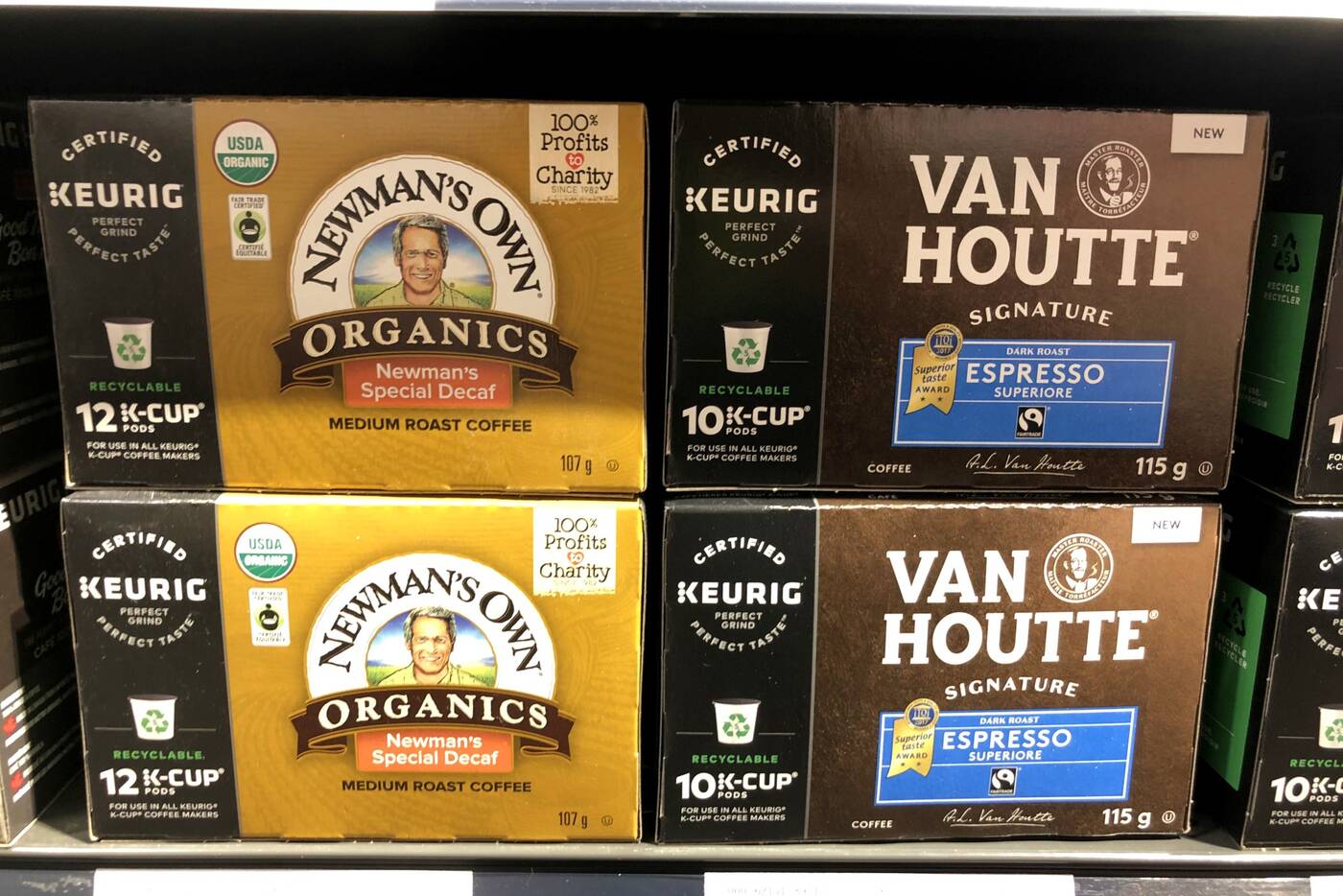 Even if the box says it's recyclable, it isn't here. You could recycle and compost these little things if you lived in, say, Vancouver, but Toronto isn't quite there yet. 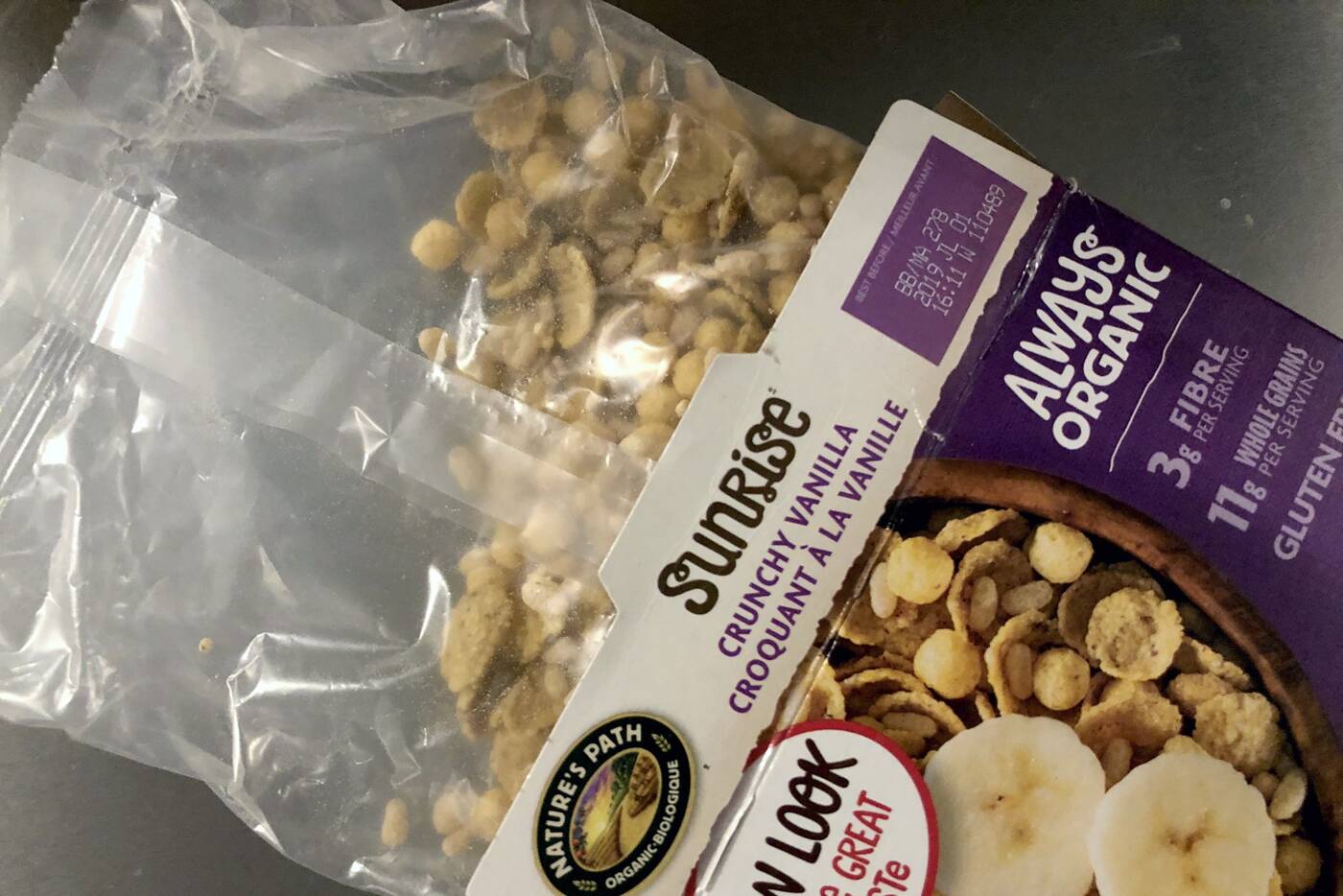 You can recycle the cardboard box but throw out the liner inside. The plastic bags that hold your breakfast. 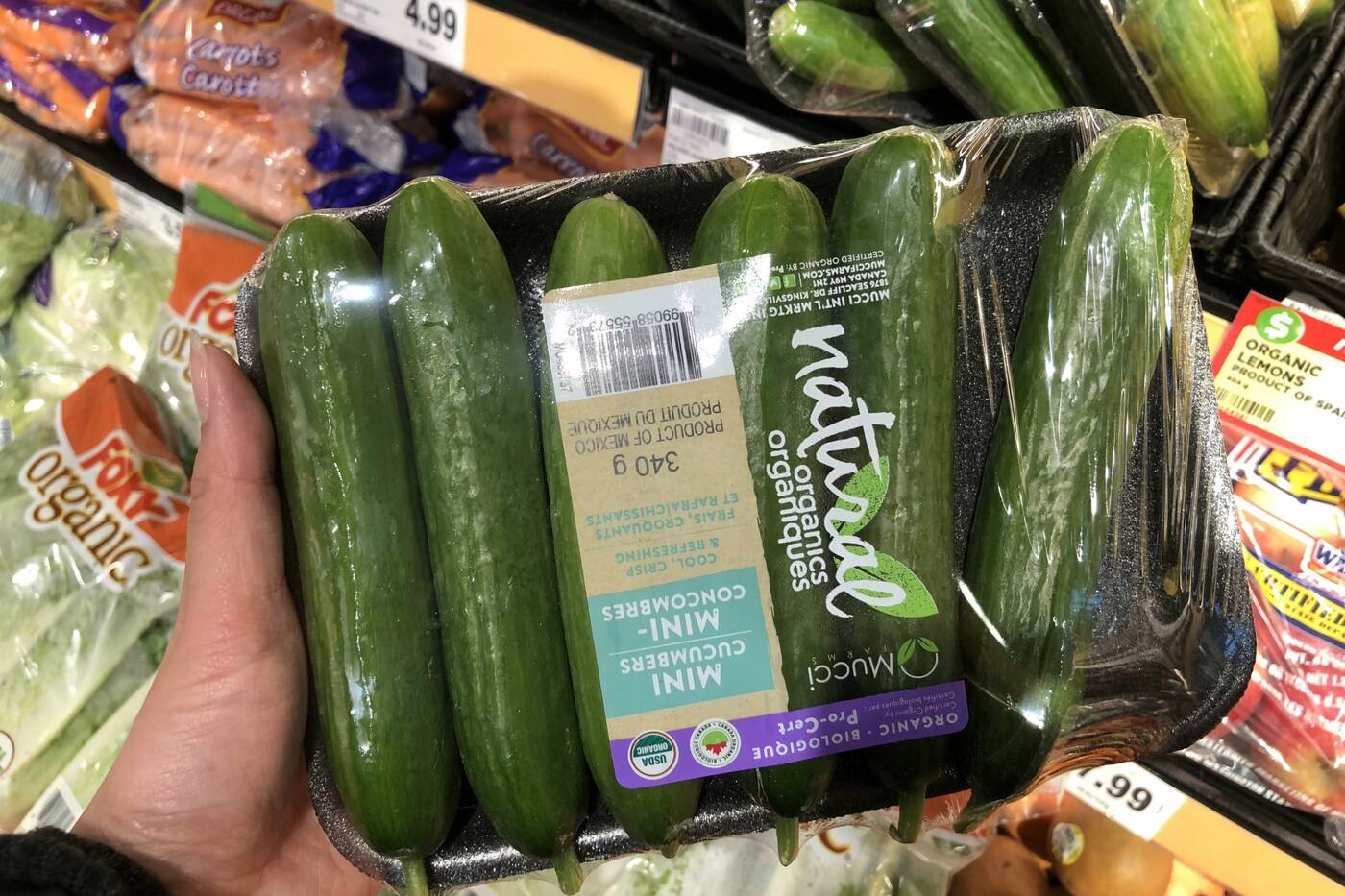 Packaging that utilizes cling wrap needs to have that wrap removed before it's recycled—that is, unless it includes black styrofoam, in which case both should go in the trash. 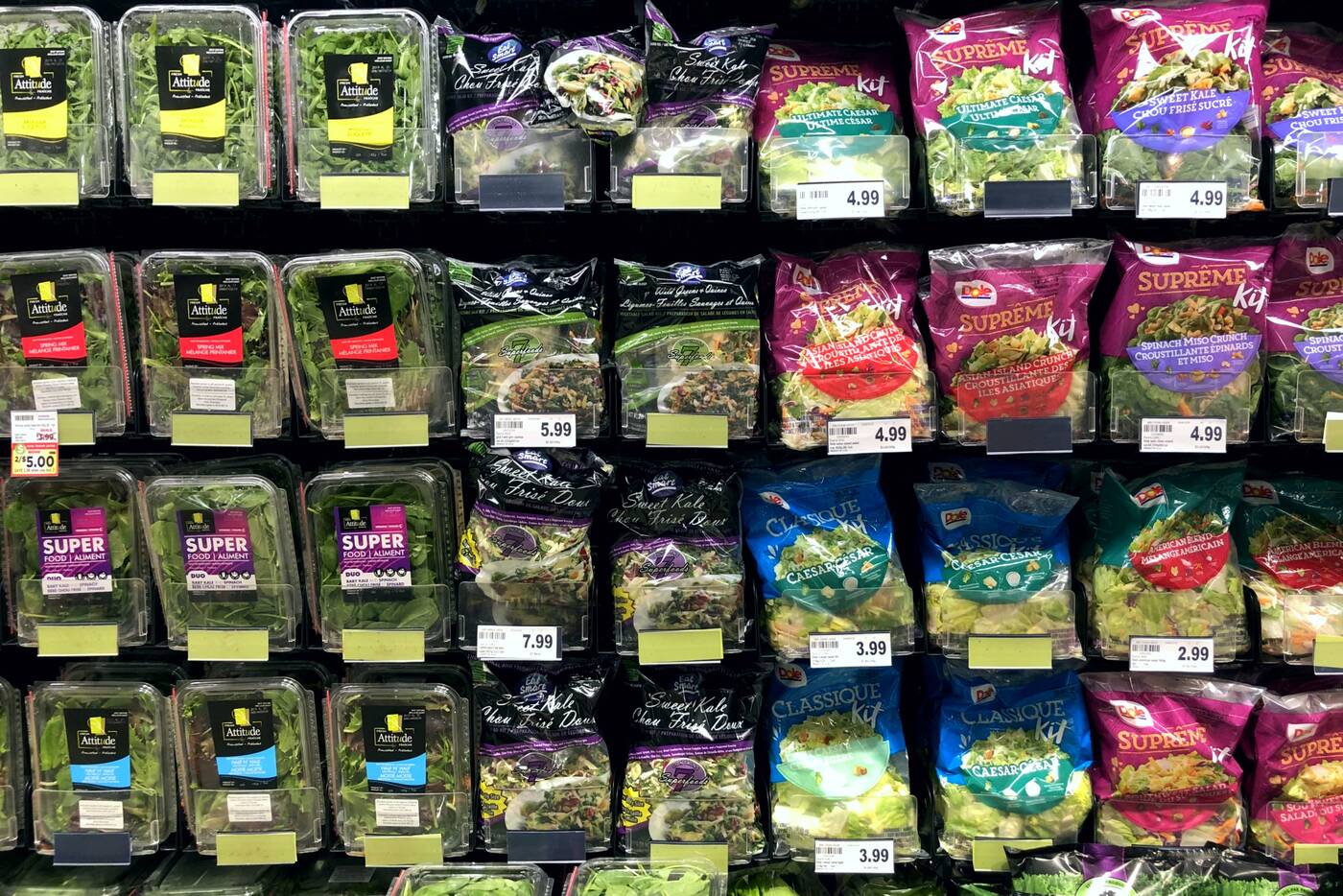 Clear clamshell salad boxes are definitely allowed in the recycling, but not their bagged counterparts. These stiff and crinkly plastics don't do well in recycling plants. 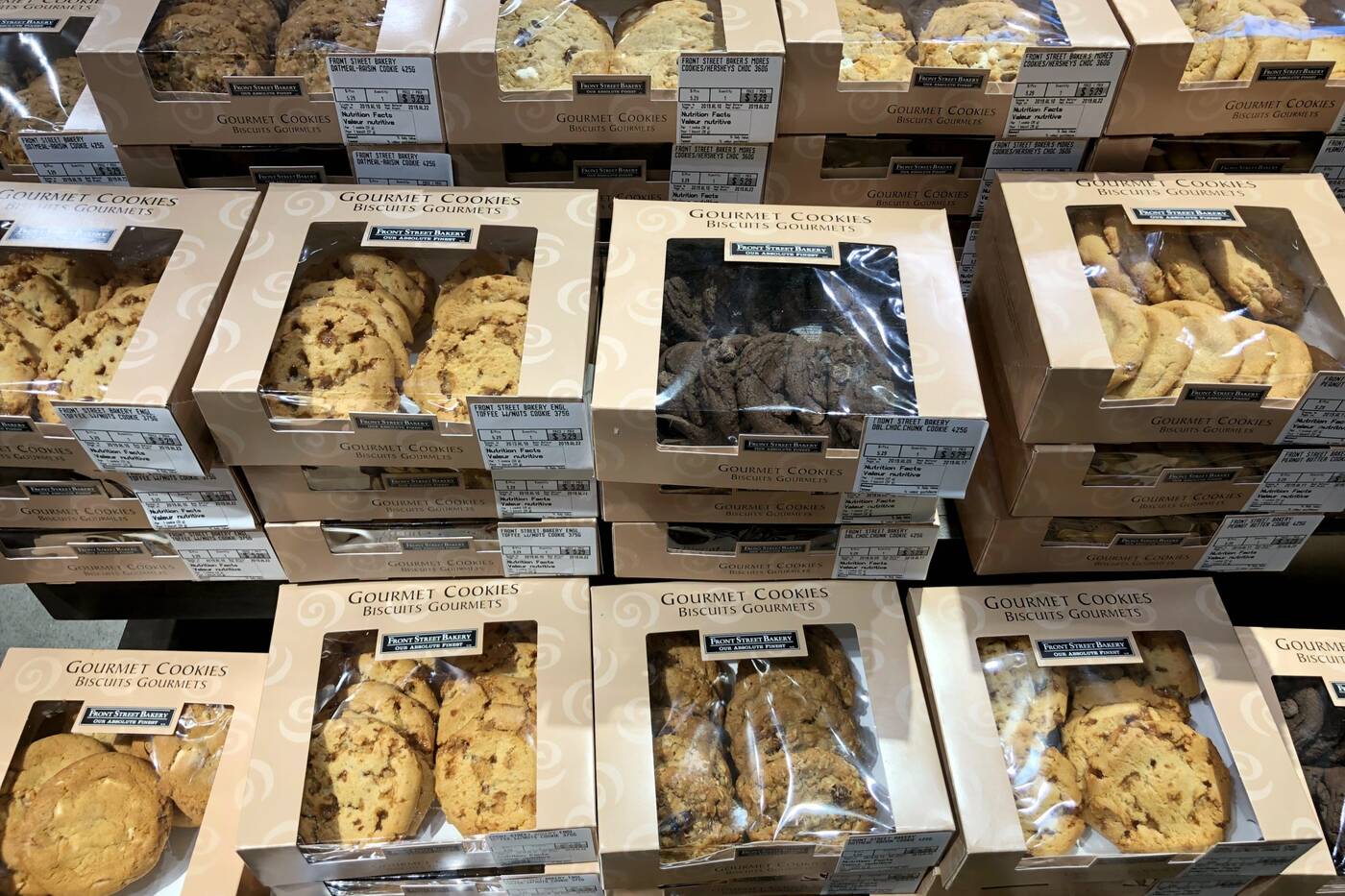 These boxes are tricky, since they feature a few different packaging materials. While it doesn't explicitly say anywhere on the Toronto blue bin guide, or on the Waste Wizard app, it's suggested that you cut and throw out the windows before putting the rest of the box in recycling.

Or, better yet, buy all your cookies in bulk from now on. While you're at, buy your fruits and veggies in bulk too (Toronto has some great farmers' markets), use a reusable water bottle, and try not to buy things that are triple-wrapped.