Toronto showed up for ice cream in an alleyway this weekend

Ossington had a lineup for ice cream yesterday, and for once it wasn't outside of Bang Bang.

Flipping off summer for good, IG industry satirist Chef Grant Soto held an end-of-warm weather pop-up that drew lines to the alleyway behind Oddseoul on one of the chilliest Saturdays we've had in months. 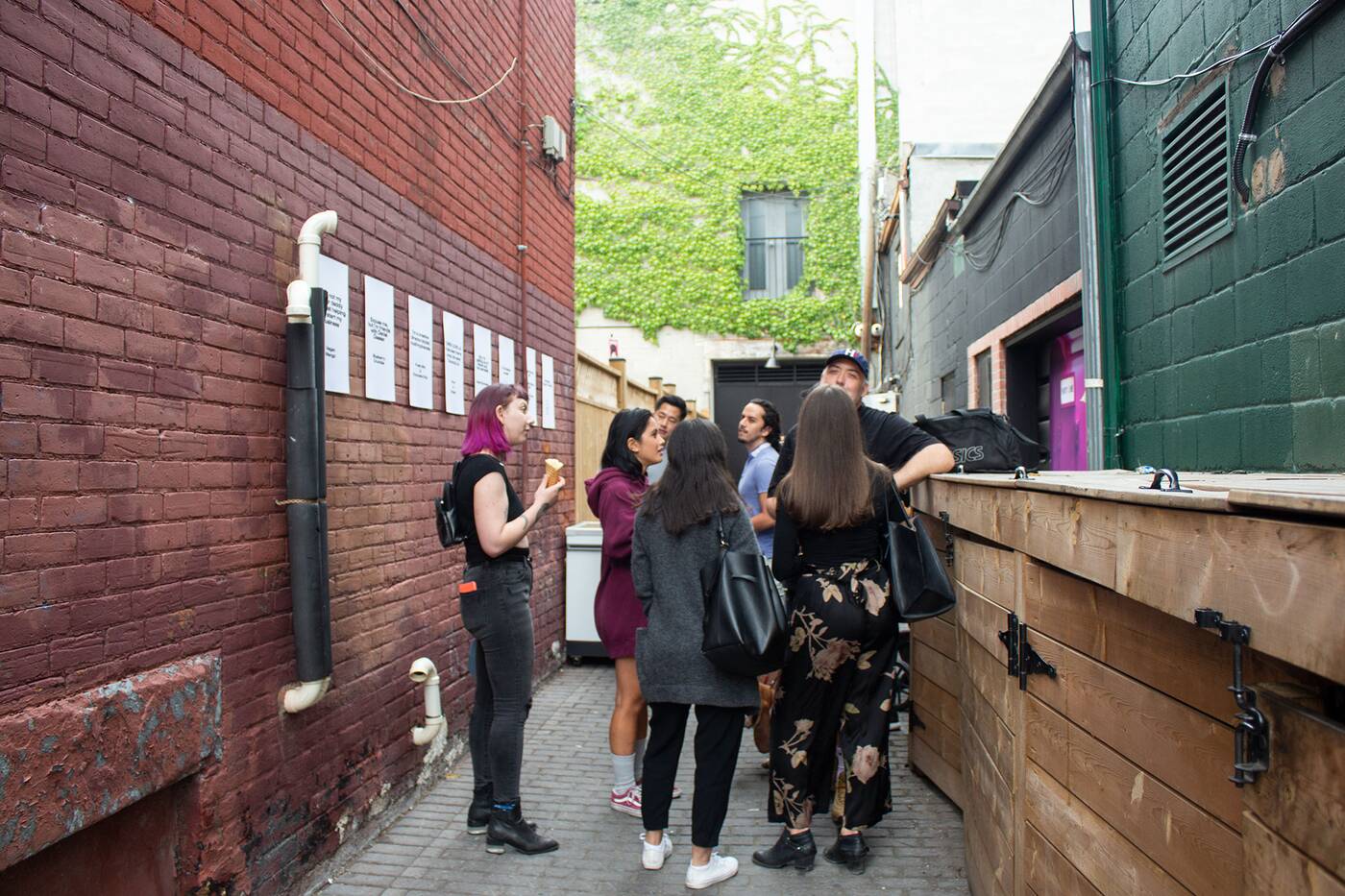 Teaming up with independent ice-creamery Ruru Baked, "Chef" Grant Soto (whose real name is Taylor Clarke) came up with six ice cream flavours mocking—nay, celebrating—some of the most annoyingly accurate Toronto IG bios he and his followers could think of. 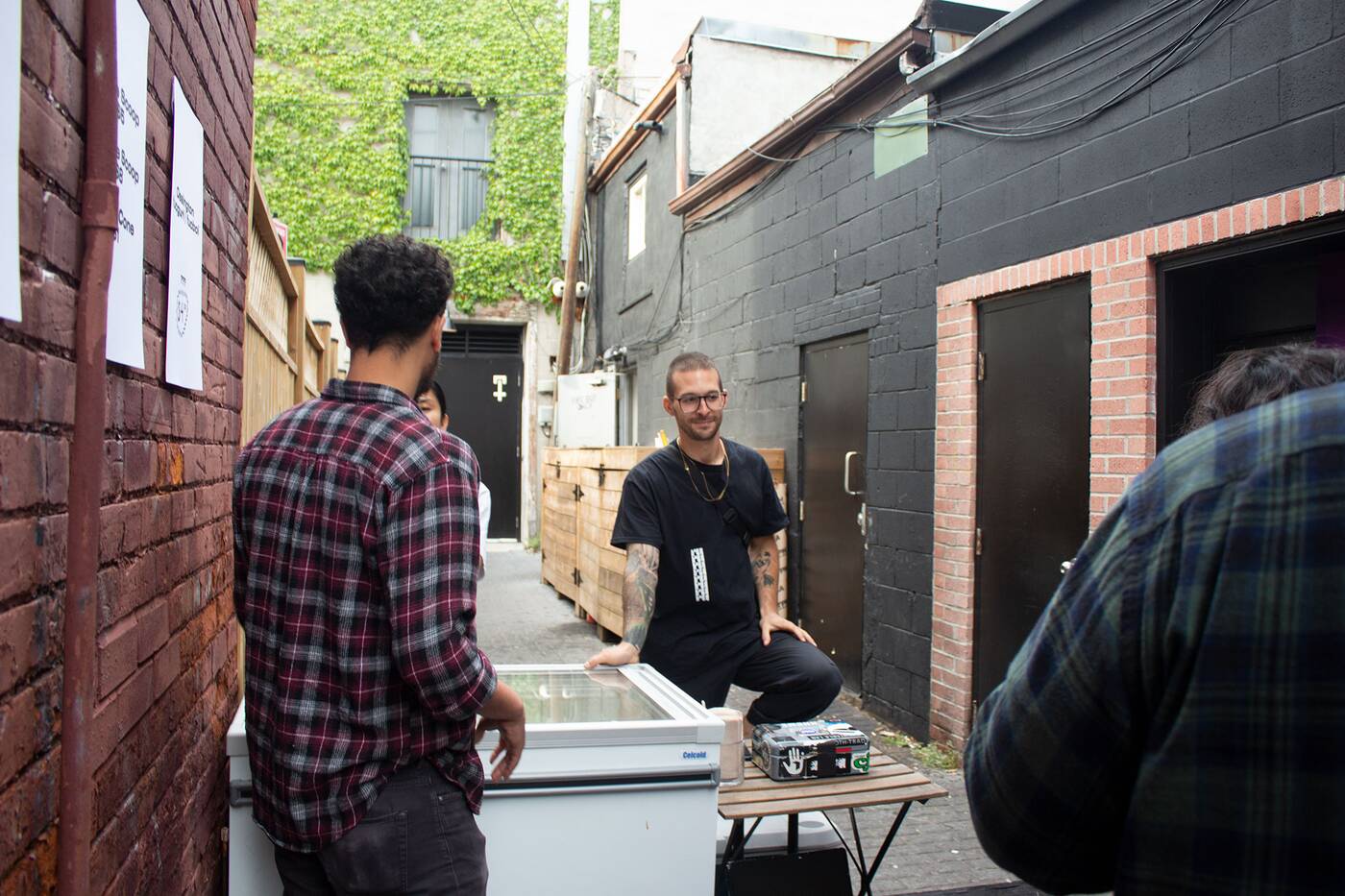 People picked up $5 cones of kosher salted caramel swirl a.k.a "I'm Drake's cousin" and the "I'm a creative direct/stylist/multihyphenate", the mint chocolate chip. 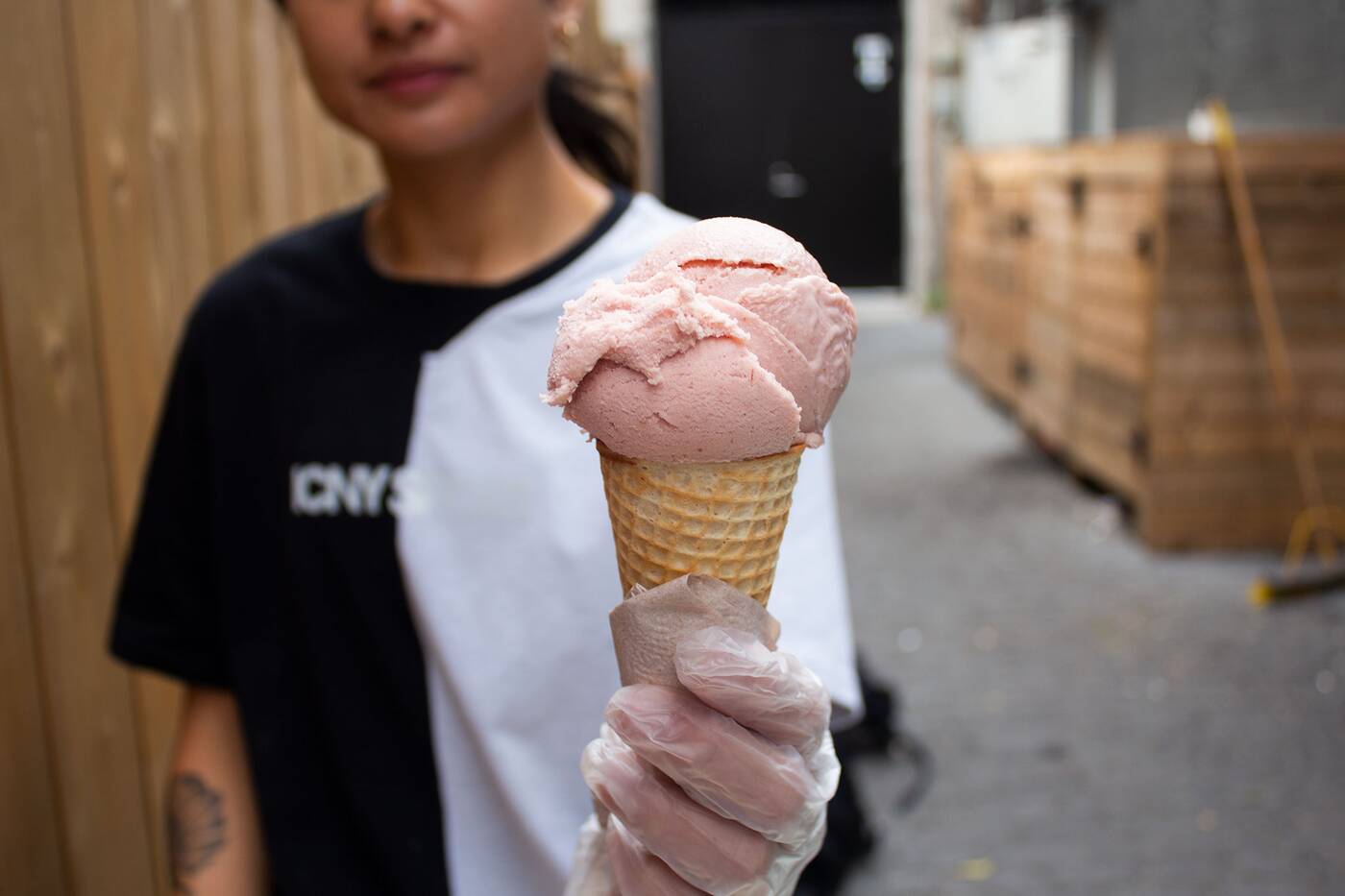 Also available: "Excuse me, but I'm friends with Daniel Caesar" (blueberry crumble) and a lovely plum and ginger flavour called "OMG I LOVE LA (Has been there once, bio says Toronto/LA)". 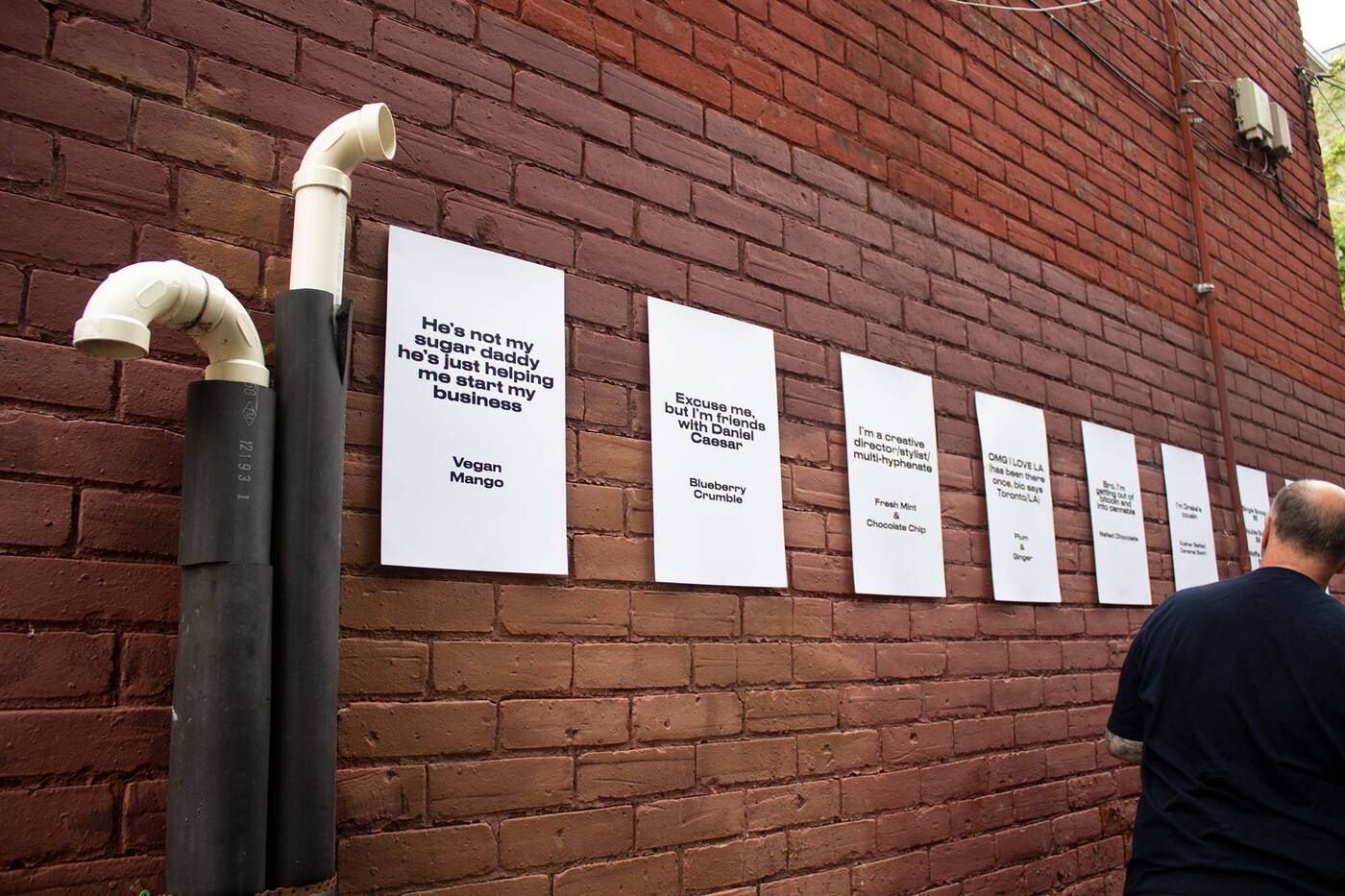 Also available was the highly anticipated "Ossington fucurl/fucboi" flavour, which was revealed the day of to not just be ice cream but an ice cream sammie coated in Pocky sticks and wrapped repulsively—beautifully—in Off-White branding. 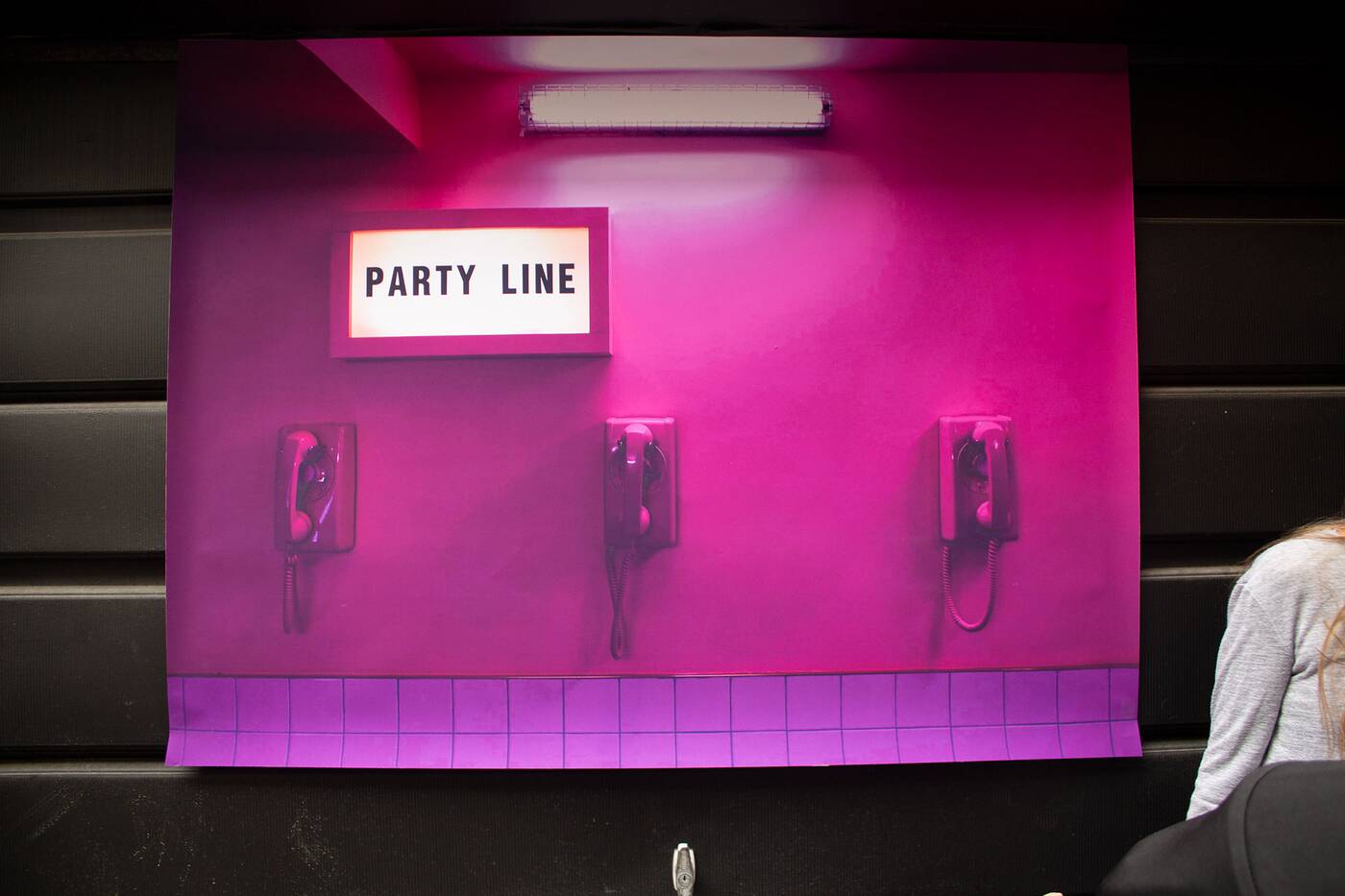 And if the event wasn't already what IG wet dreams are made of, The Chef also provided the be all end of all of social media backdrops: a hanging poster of the Party Line at Convenience. Ah Toronto, the bitterness of one's own medicine never tasted so sweet.